My five year old son was gazing out the window, watching it snow.  He really is the quietest little thing, especially when his two older brothers are at school and his younger brother is napping.  He's going to be a middle child in a couple of short months here.  I am expecting baby number five in early April.  Another boy.  So he will officially have two older brothers and two younger brothers.  Of all of my boys though, I think he will be the best big brother to this new baby.  He's so sweet and kind.  He always wants to help whenever he can.  Such a true gift for us to have as parents.

Anyway, I saw him looking out the window and thought I'd snap a couple of pictures.  I'm posting here the one that spoke to me the most. 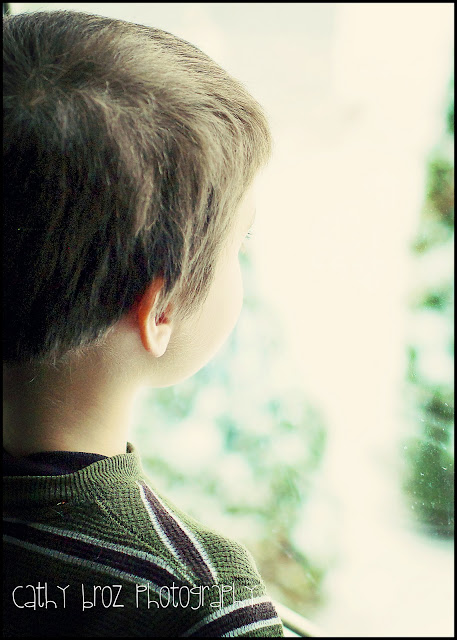 I love the simplicity of this photo.  It portrays quietness to me, which is just like him.

Quiet, smart and sweet.
Posted by Cathy at 2:37 PM

Wow what a sweet pic and moment captured.