Distractions and a Birthday Celebration!

I've been working very hard lately to try and preoccupy my thoughts.  Keep myself busy and as calm as possible.  We've got a lot of things on our plates coming up that are making me quite anxious.  So distractions are very welcomed.

I watched two of my boys write out their Valentine's cards last week and get excited about their school parties.  Of course Quentin wanted in on the action.  Even though he couldn't write out any Valentine's he had a blast trying on some temporary tattoos!  Of course, in true Quentin fashion, he spent the remainder of the night trying to scratch them all off. 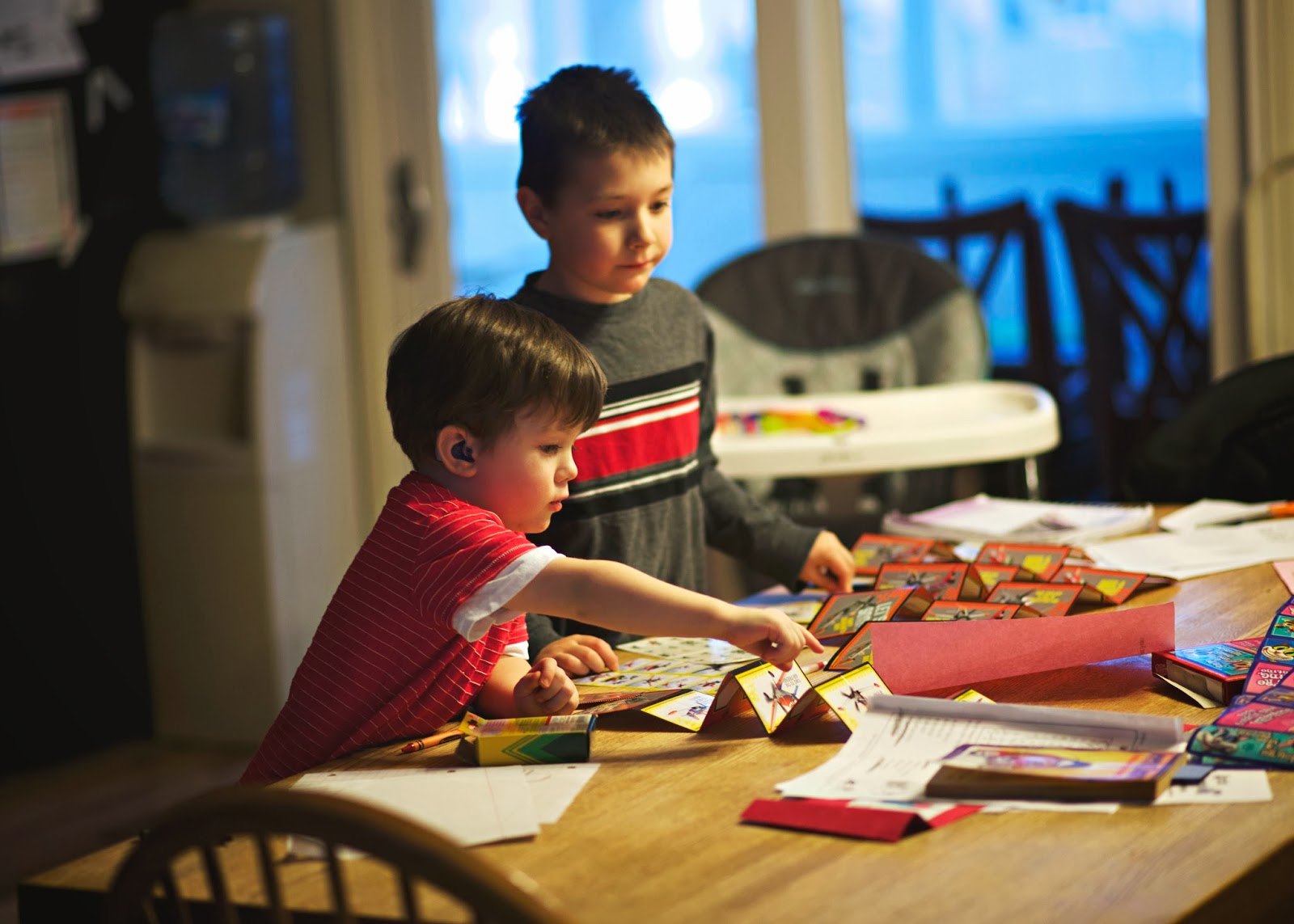 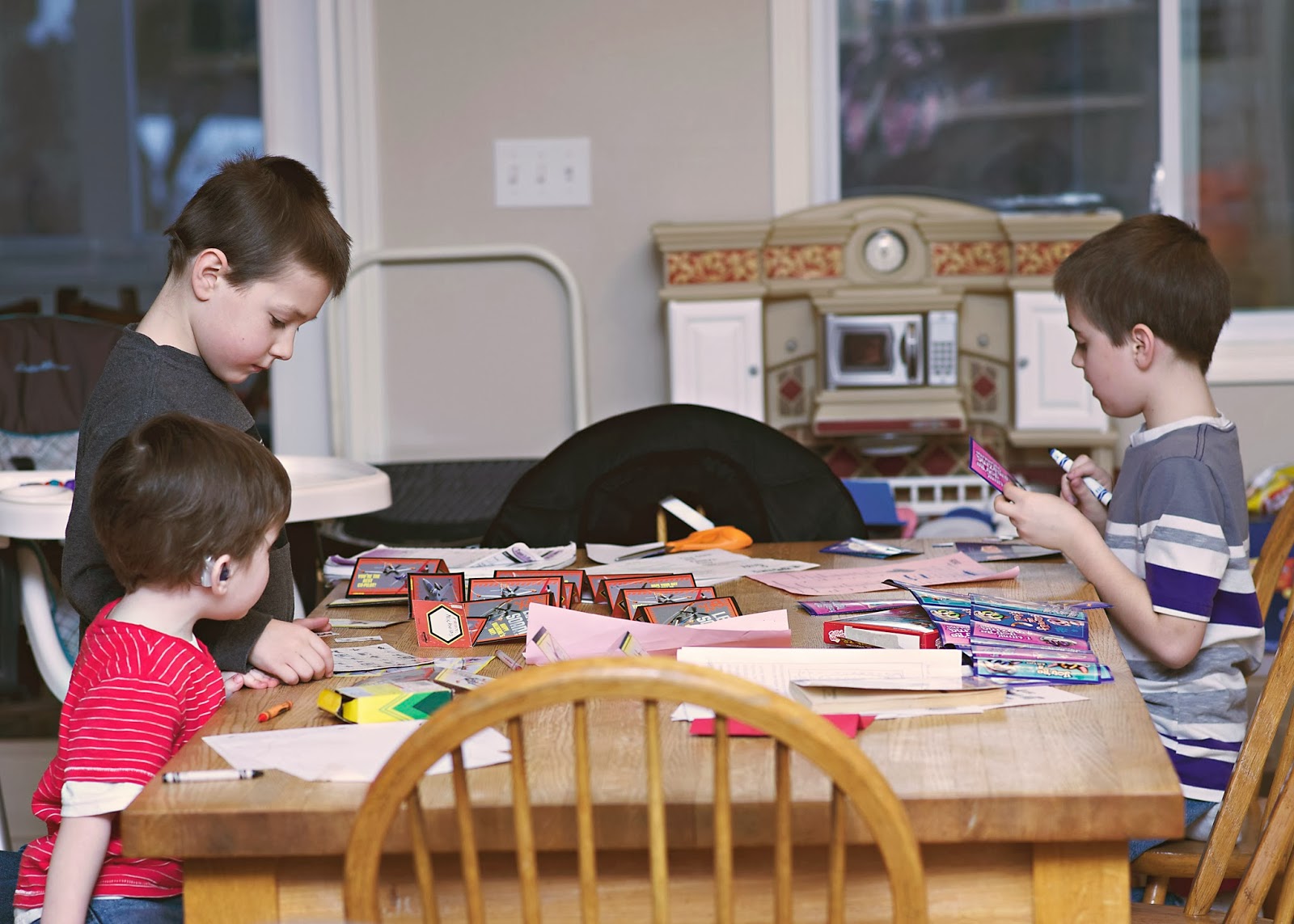 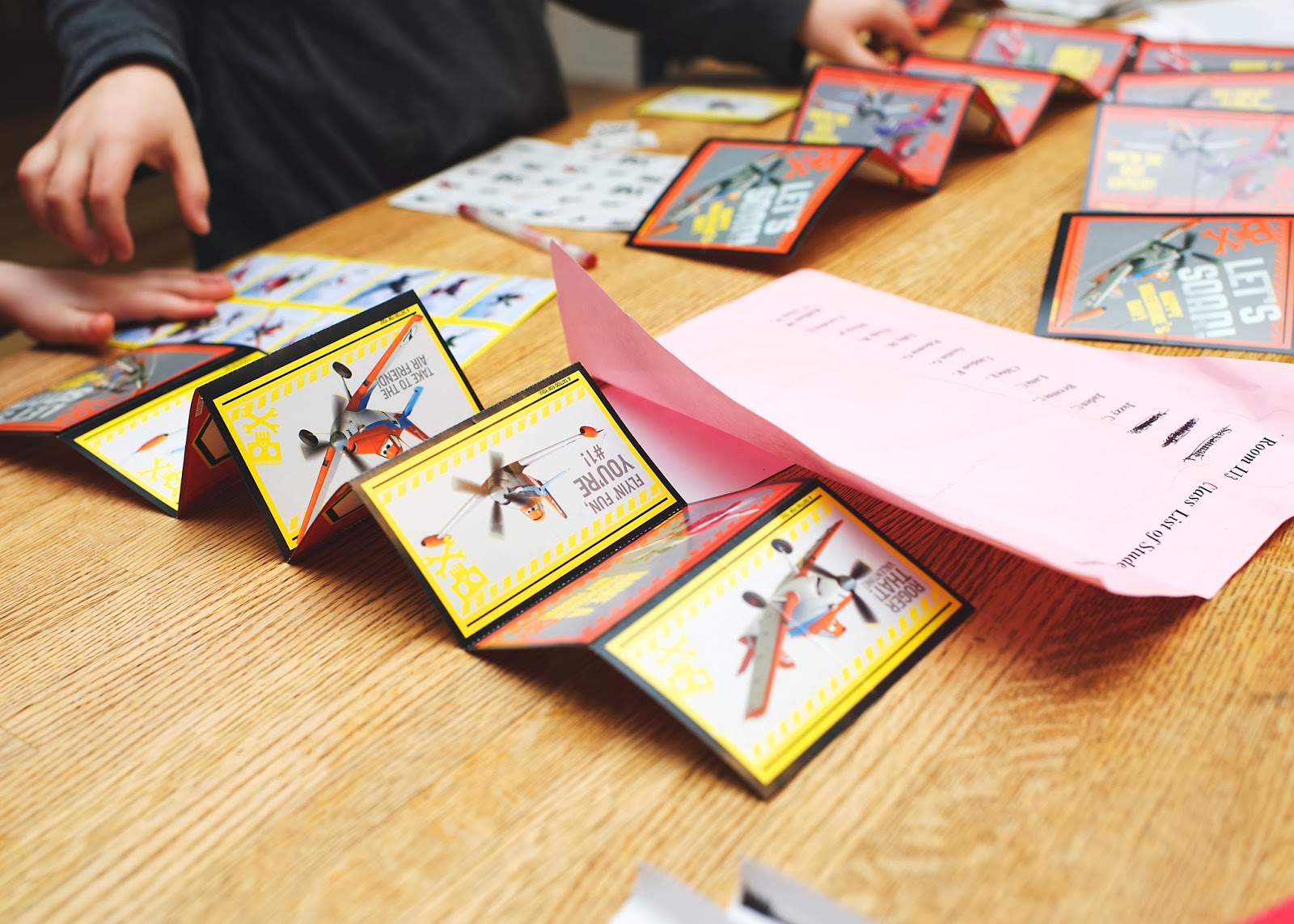 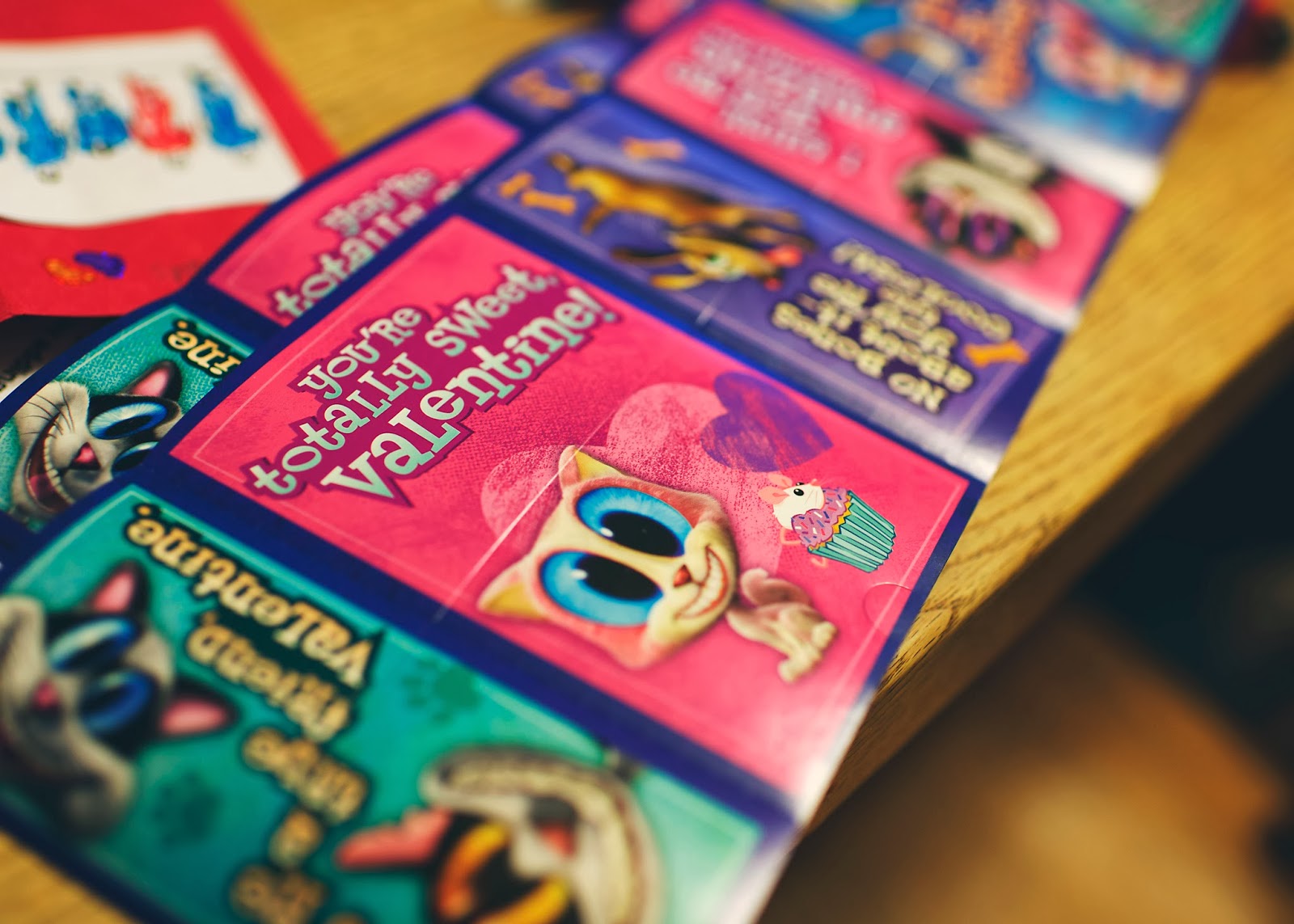 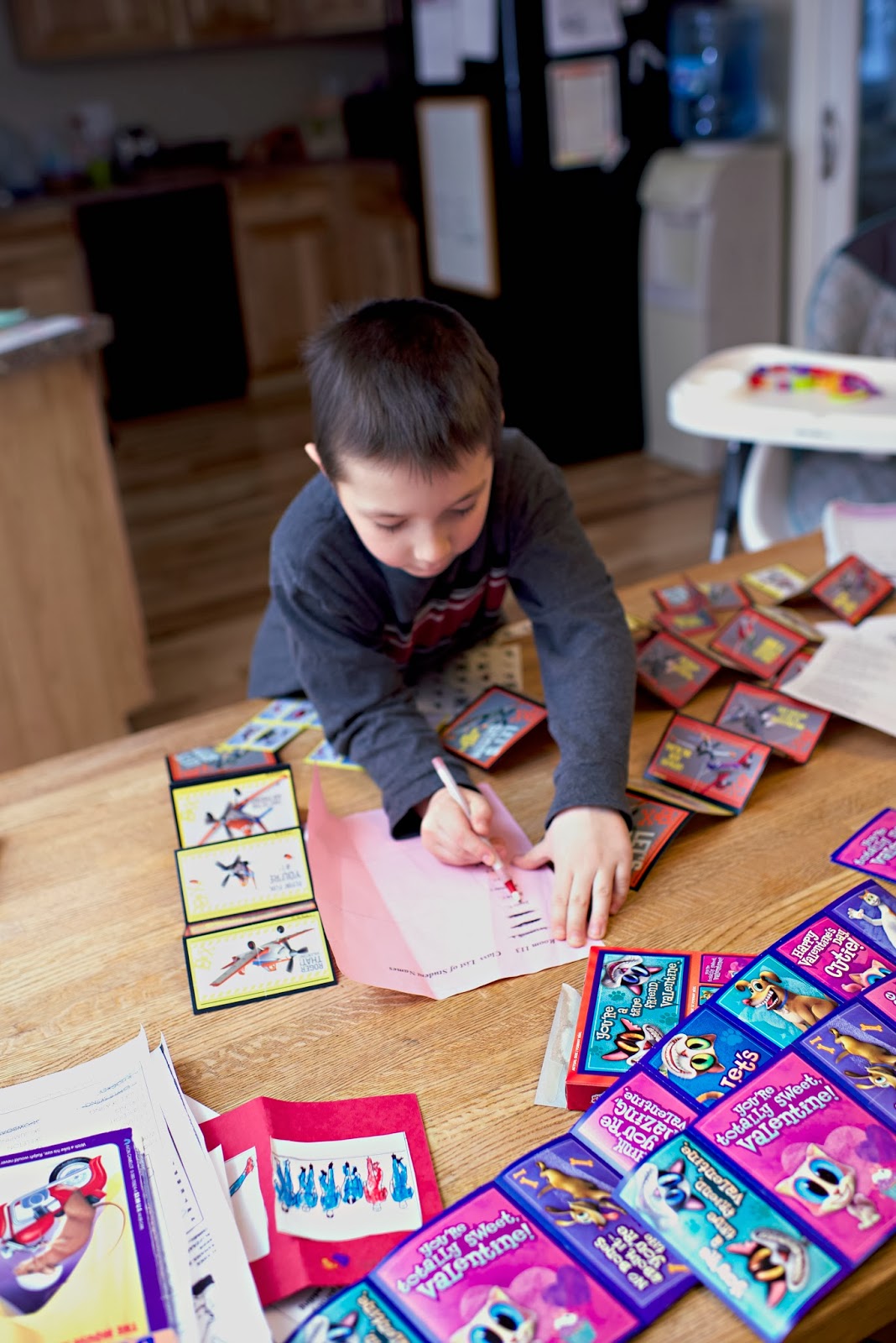 The evening before Valentine's Day I waited until all the kids were in bed, including Tyler, and baked them some cupcakes.  I set up a nice little treat for them to get up to in the morning.  This isn't something I get to do often, so I was happy to do something I knew the kids would love! 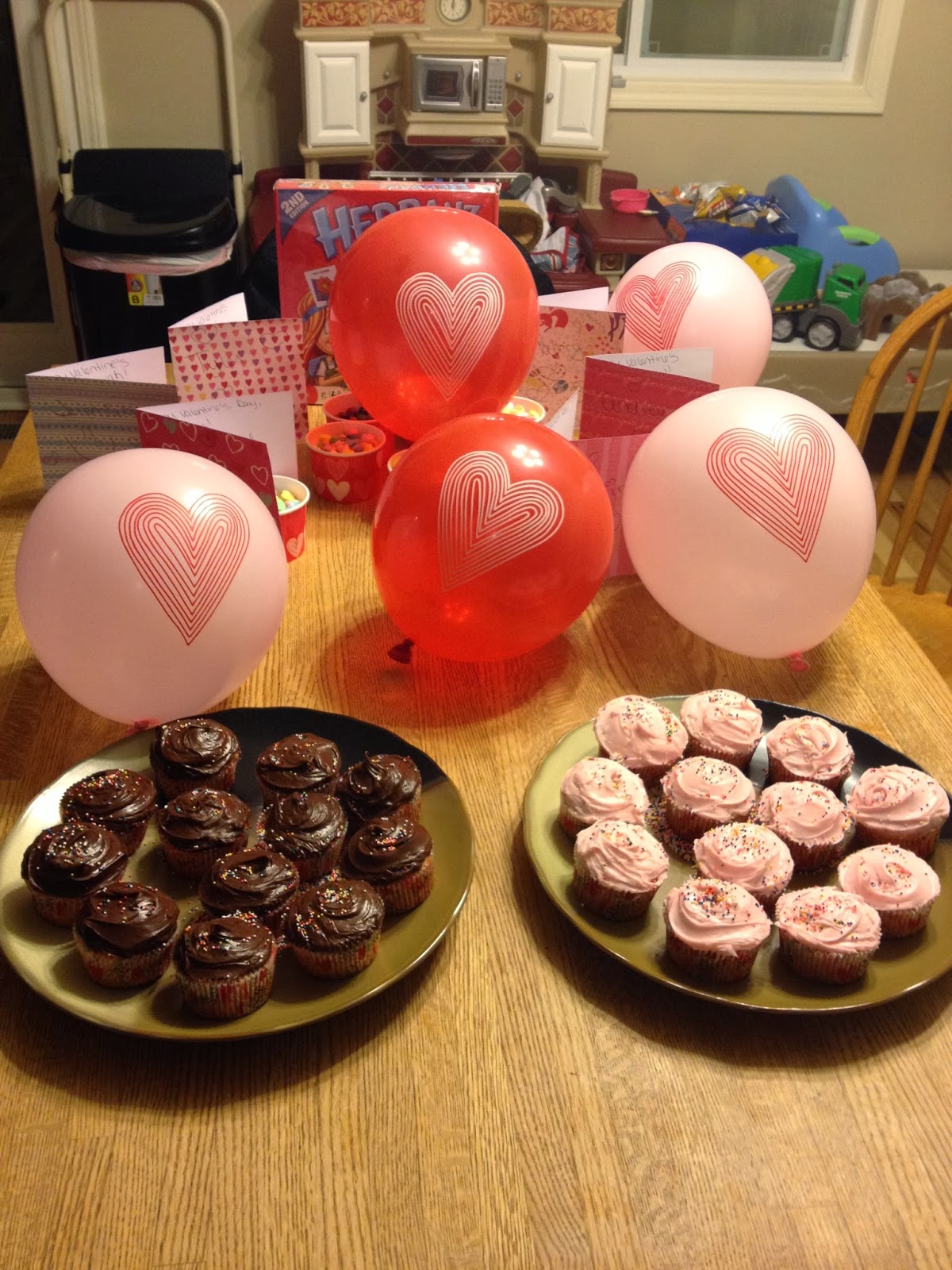 I attempted a little Valentine's shoot for Mallory, but she just wasn't having it.  Clearly.  I think she's catching on to this whole camera thing.  I eventually got a decent iPhone picture of her though, so that was nice. 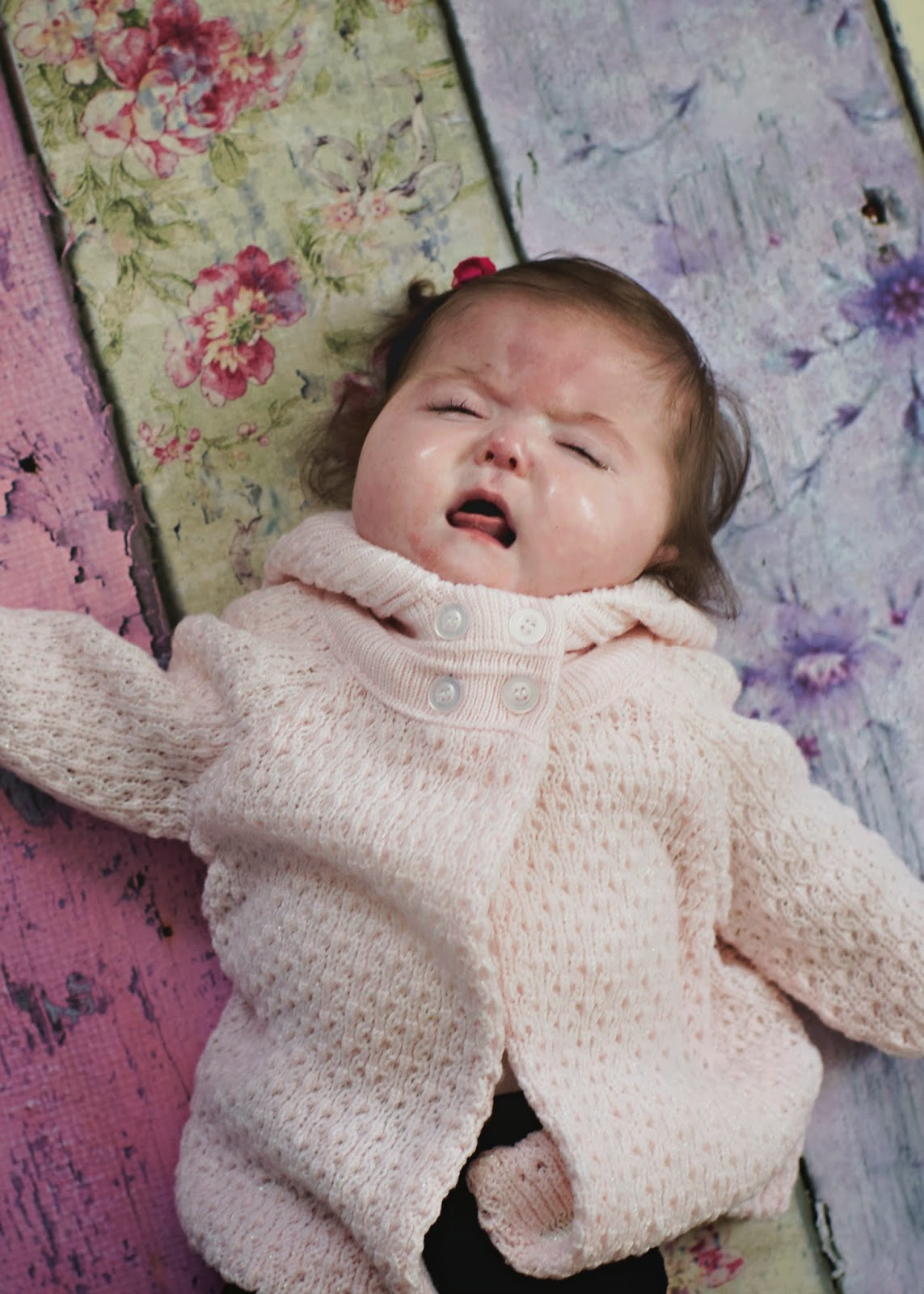 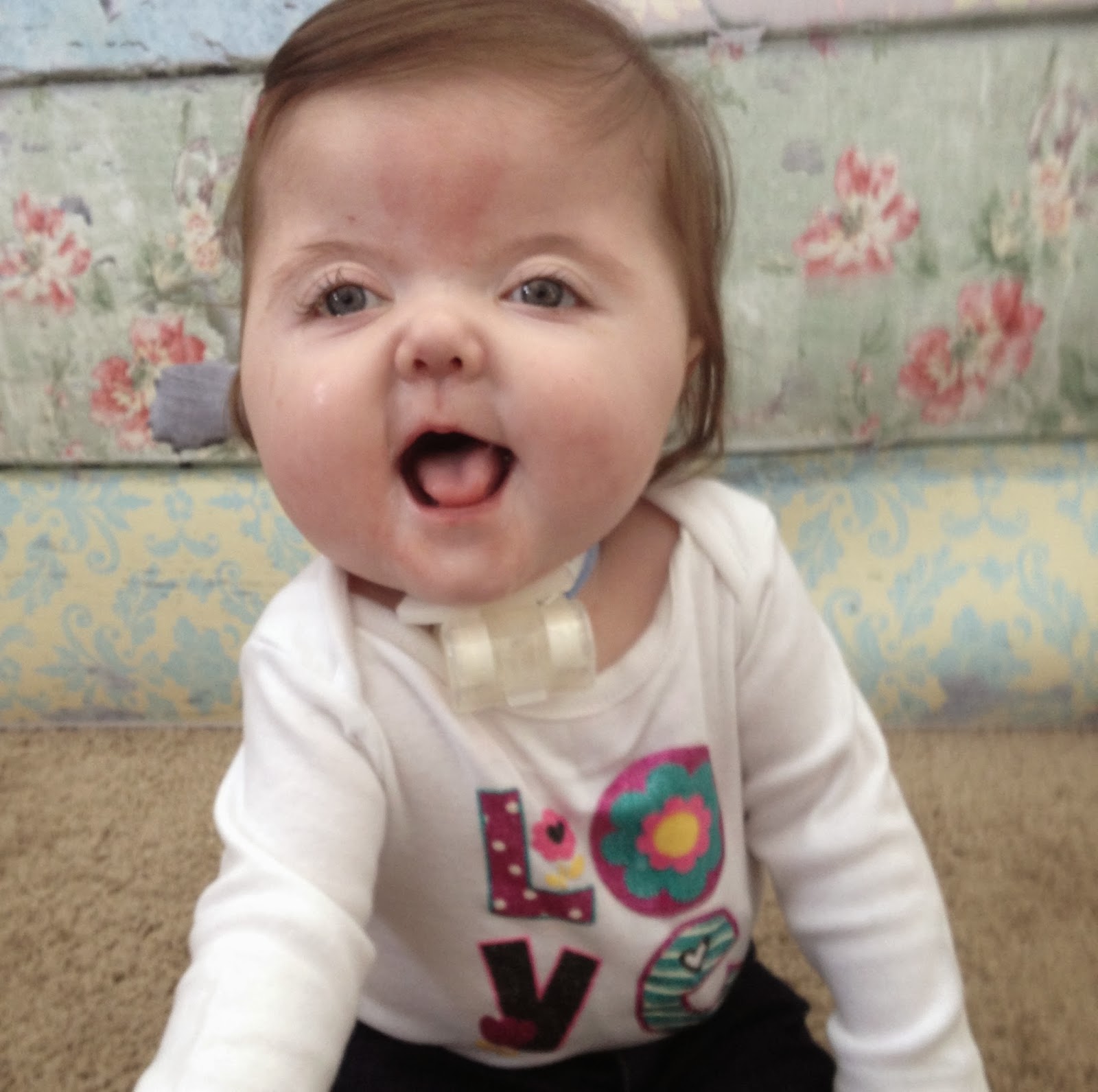 Come night time though, we had to head out to Children's for her sleep study.  Let me tell you, the look of betrayal on her face after she was all hooked up was priceless.  She actually fell asleep with that look on her face.  She did pretty well during the sleep study.  She woke up once, I have no clue what time.  I have this thing where if I look at a clock when one of my kids wakes up at night I know it'll say it's like ten minutes until I have to wake up.  I figure if I don't know how much longer I have to sleep I can lay back down and fall asleep and even if it is actually ten more minutes, it feels like longer and I'm not grouchy about it.  I'm kinda weird like that.  Anyway, come 5am she was up again for good and they shuffled us out of there by 6. 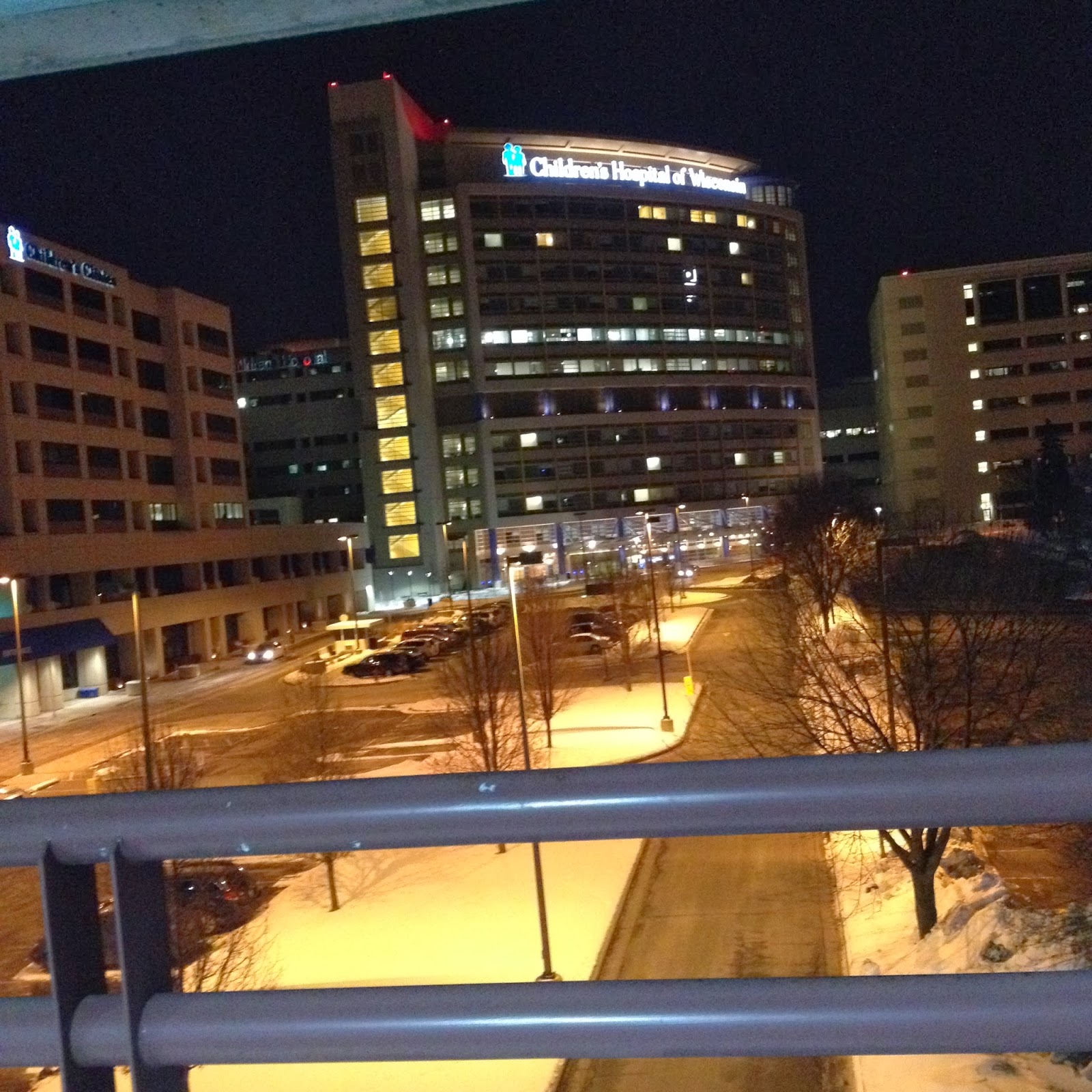 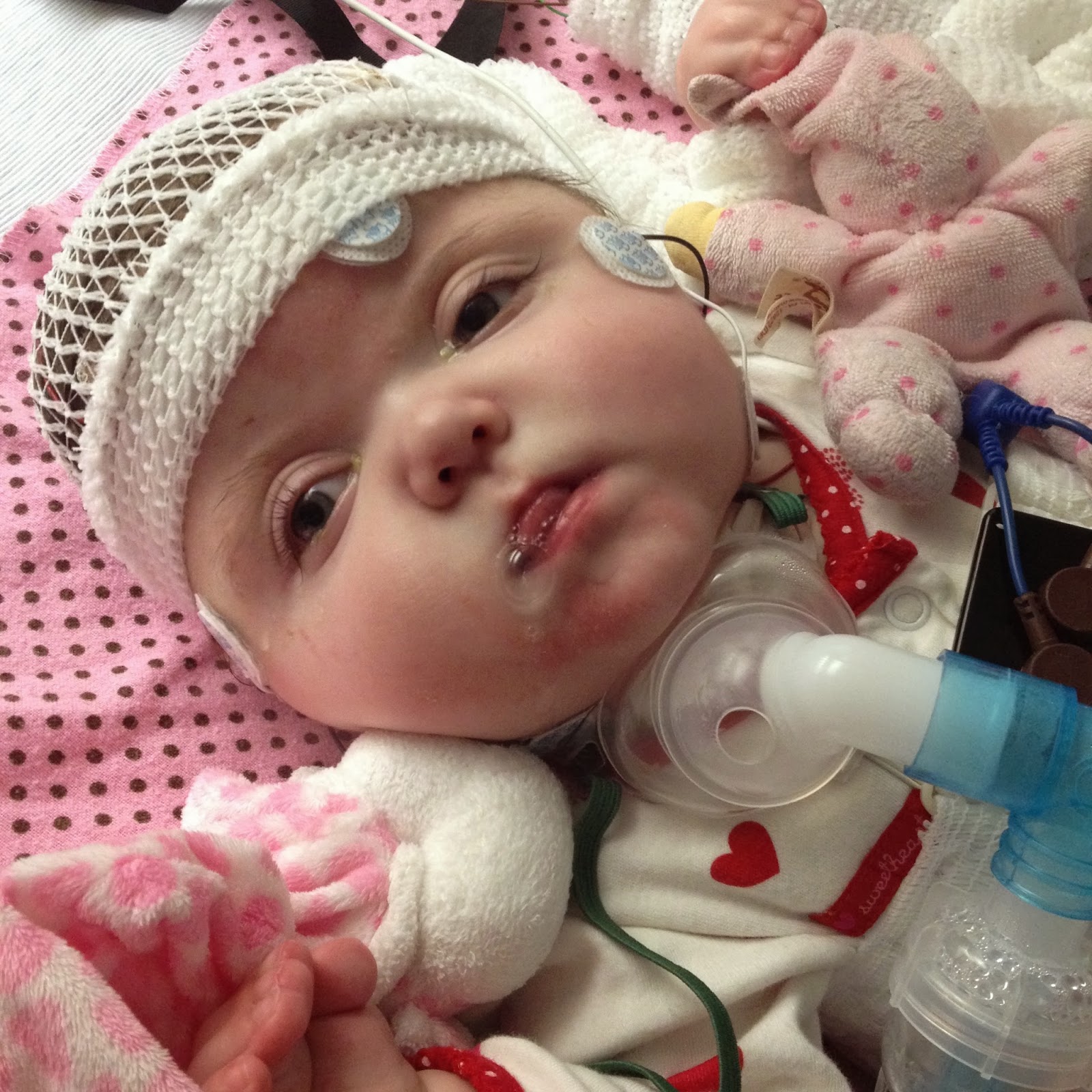 My mom came for a little visit over the weekend.  We got a chance to all just hang out for a bit and have some lunch.  Nicholas and Quentin decided it would be fun to wear their happy meal boxes on their heads.  It's amazing how such a simple thing can be so fun!  They ran around like that for quite a while!  My mom also brought a birthday gift for Andrew, who will be turning 9 on Friday.  He's really into all of that Rainbow Loom stuff, which admittedly is pretty fun!  She brought him a bunch of new rubber bands and another loom.  Frank and I had bought him a book on how to make different bracelets, so we decided to give it to him early so he could play with all the new things from Grandma.  He really had a blast and I even made myself a little bracelet! 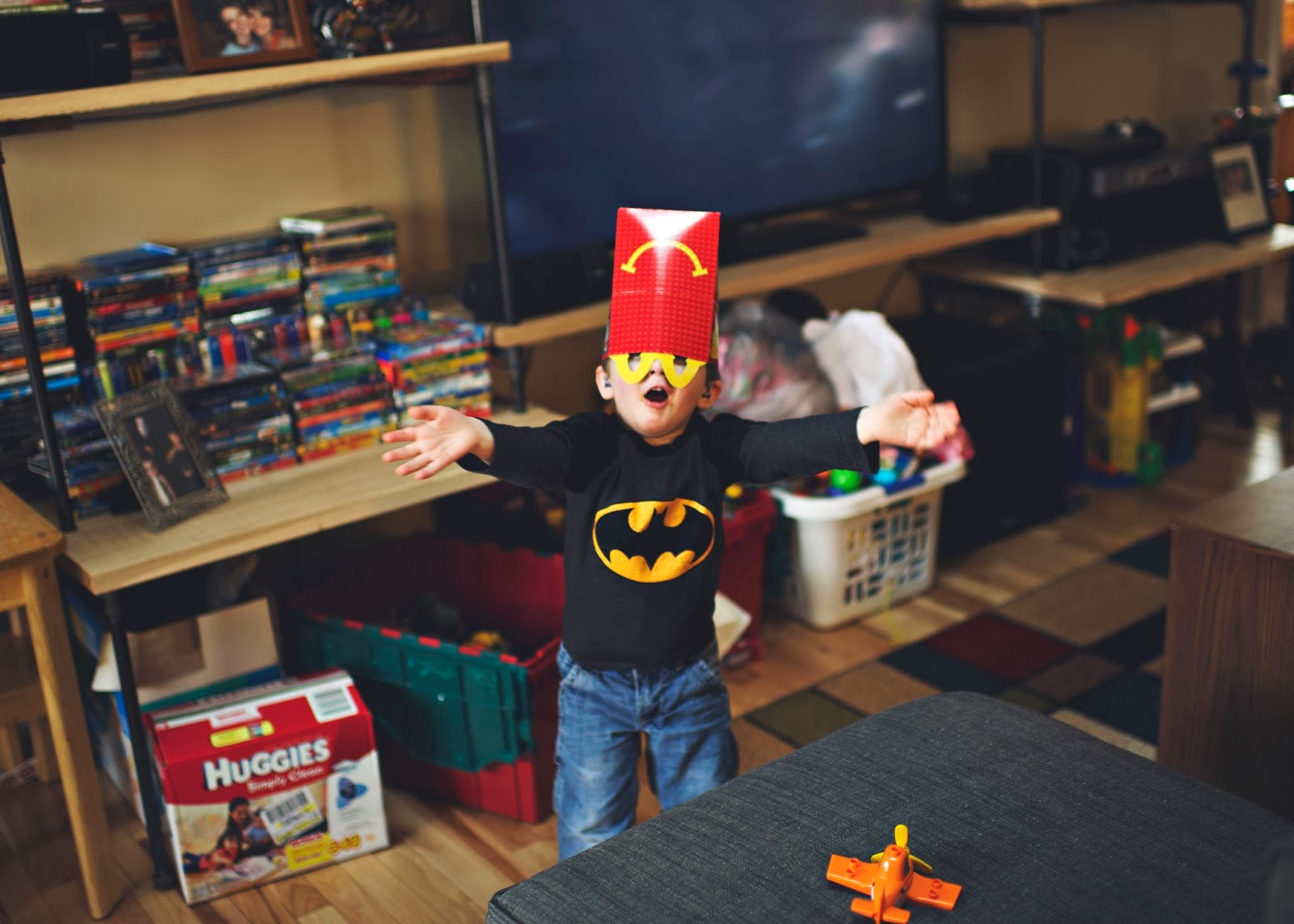 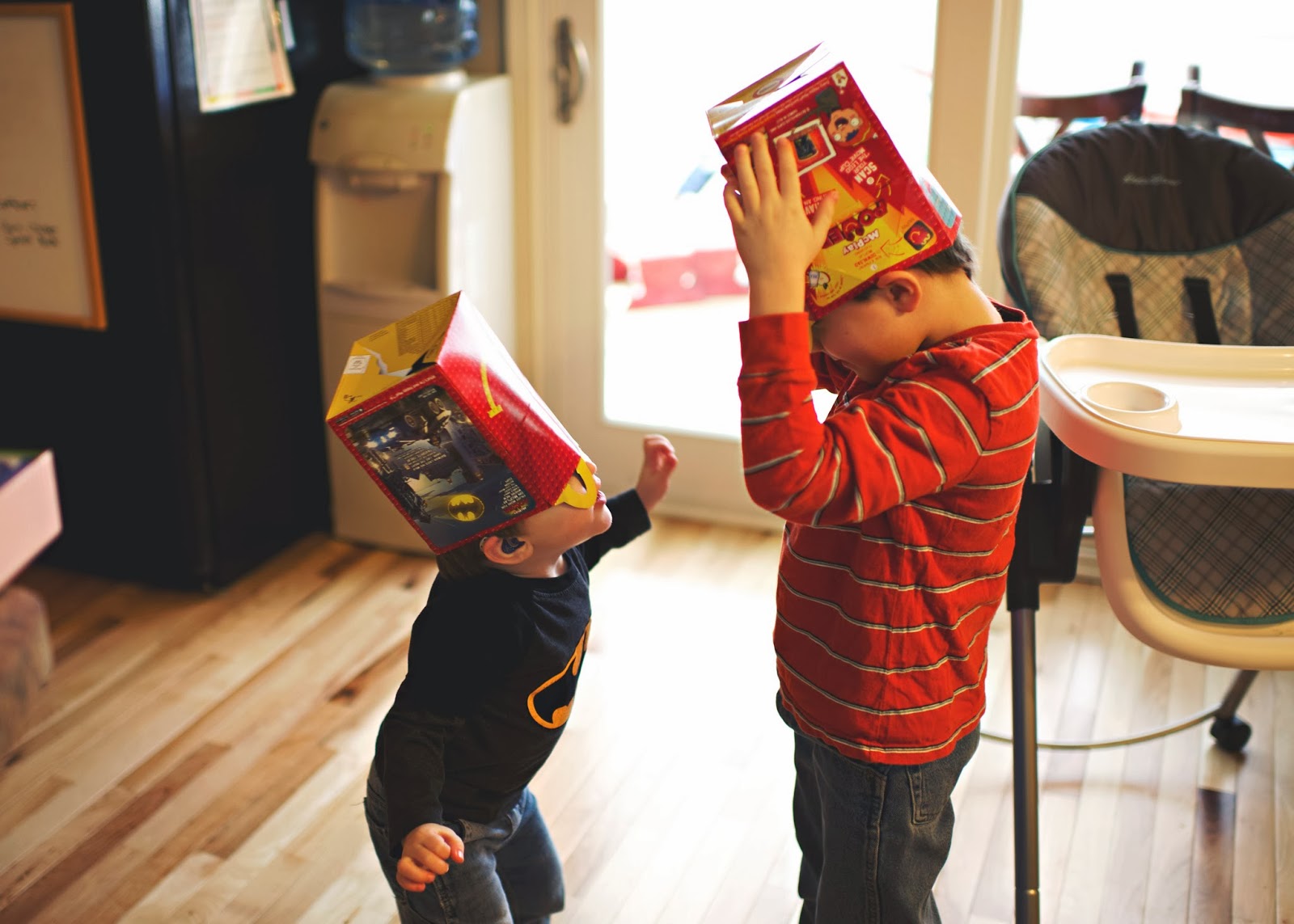 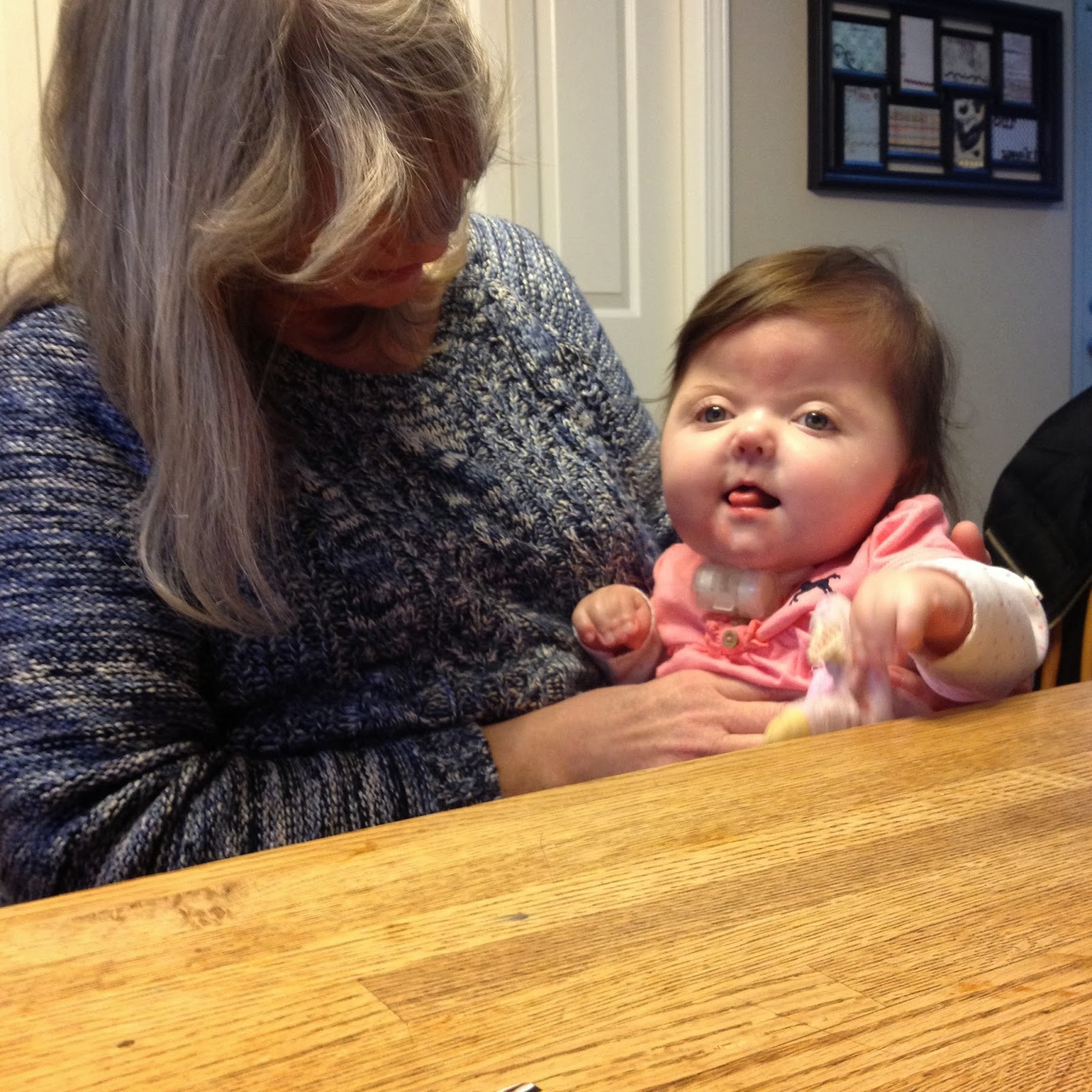 This week is pretty quite for the most part.  No doctor's appointments.  Well, I guess that's kind of a lie.  Jeremiah is going to be getting his eyes checked on Wednesday.  He's been complaining he can't always see things on the chalkboard at school, so it might be time for glasses.  It was really only a matter of time.  Both Frank and I wear glasses and pretty much everyone in our families wear glasses.  I'd be surprised if he didn't need them.  Is it weird that I'm a little excited though?  I actually love glasses.  They almost become a form of self expression.  Choosing glasses always seems so important!

Anyway, we'll be wrapping up the week with Andrew's little birthday celebration on Friday.  I know he's super excited!  For his birthday dinner he's requested pasta salad, cinnamon apple sauce and strawberry salad.  For dessert he didn't ask for cake or pie, he wants root beer floats!  I thought that was a pretty cool idea.  Although I think I'll make some cupcakes for him anyway!  I can't believe he's going to be 9!  Time sure does fly!! 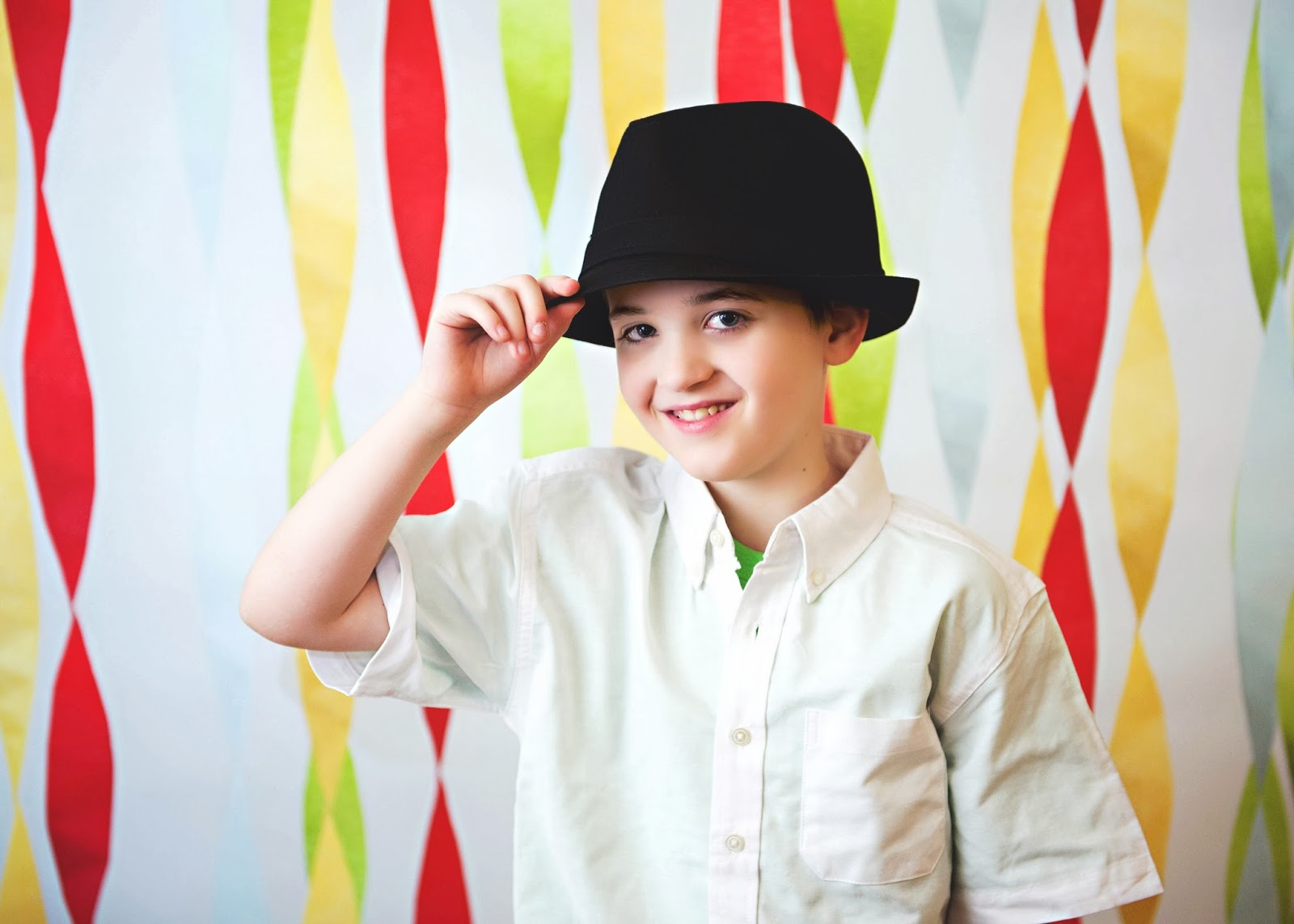 The quietness of this week though feels like a calm.  Almost an uneasy calm.  The closer we get to Monday, the more anxious I am feeling.  No amount of distraction seems to be helping.  I even nabbed myself a mid week photo shoot to try and have something else to do.  I'm trying to stay positive and tough.  Like she's just going to walk through surgery without any surprises.  This is Mallory we are talking about though and everything with her seems to be a surprise! 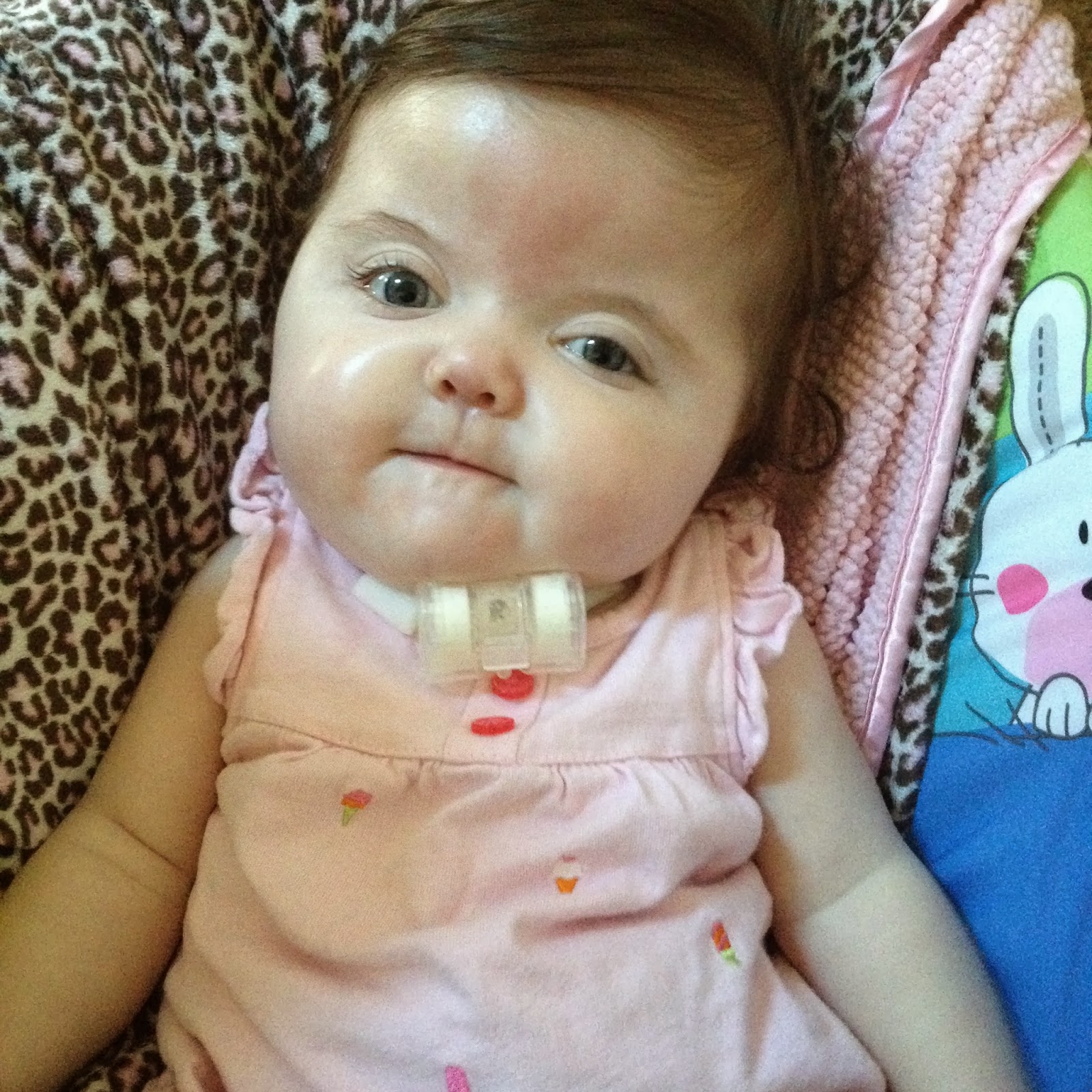