They Grow So Fast!

Today I took my ten year old, Jeremiah, to pick up his first pair of glasses.  We got the call late Wednesday afternoon that they were ready.  We couldn't go that night though so we figured we'd go Thursday afternoon.  I had to take Mallory for a follow up with her surgeon but when I got back I loaded J up in the car and off we went.

On the way there, he talked to me about how he watched this movie in school called 'Hiroshima Maiden'.  He said that America was sorry that they dropped the bomb in Hiroshima after seeing what it did to the people who survived.  He also said it was so sad that so many people died.  It's kind of amazing to see our children grow into these awesome people with compassion and ideas of their own.

Once we got there, we pulled into the parking lot and walked to the door.  Sadly the door was locked.  The hours on the door indicated that they closed at 1pm on Thursdays.  I looked at J and said, "sorry, kiddo, looks like it'll have to wait until tomorrow.".  I swear, he looked like someone punched him in the gut.  I never thought I'd see a kid so upset over a pair of glasses!  He didn't say much on the way back but I managed to get him to crack a little smile by playing "Joy to the World" on my iPod.  Once he heard, "Jeremiah was a bullfrog!!", he looked at me and said, "Mom!".

Today we got to do it again.  We didn't talk about Hiroshima but a car spider decided to scare the beejeezus out of us!  He asked me if a car spider was actually a type of spider to which I told him that it was.  You know, because it's in your car and it's a spider.  I explained how inevitably every time you discover you have a car spider it's usually unpleasant.  It'll come down on a web right in front of you or it'll be crawling on your hand.  Something that will probably make you yell out loud like a little girl and wish you could hop out of your moving vehicle.  After explaining this to him he then spent the rest of the ride up to the eye doctor telling me he couldn't wait until we got there so we could kill the spider.  It started crawling across the windshield in his direction.  He was frantically searching for something to kill it with because he was certain it was after him.  (I decided not to kill it, by the way, although I'm sure I'll regret that decision once it decides to make another appearance.)

We arrived in Downtown Lake Geneva to the eye doctor and went in.  The lady handed him his new glasses and he put them on.  He will never admit it, but I could tell he was totally excited by his new look!  He even checked himself out in the mirror.  What did I see when he put them on?  I saw maturity and intelligence.  Wisdom.  I saw a young version of his Daddy.

He really is growing up and I couldn't be more proud! 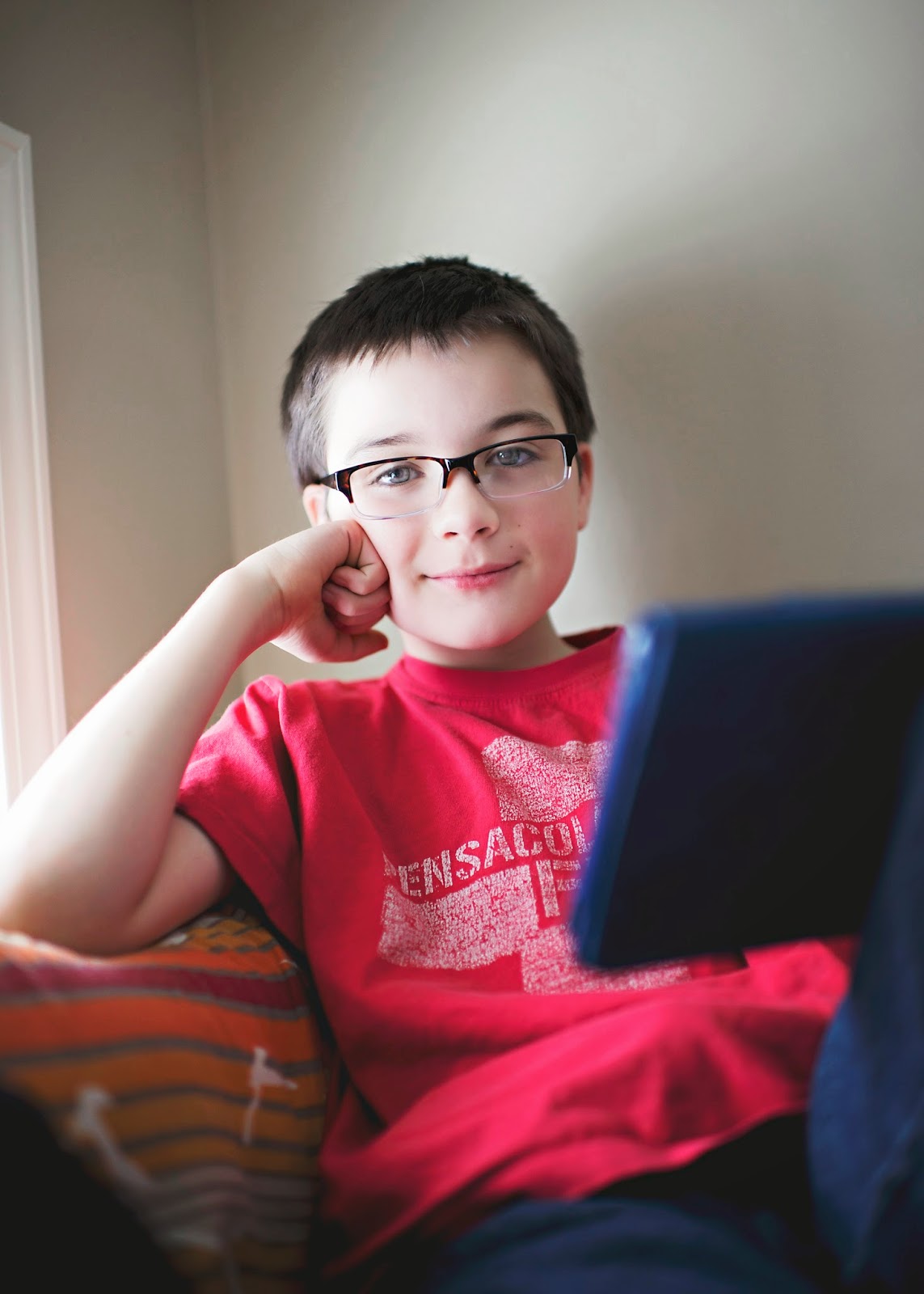