It's really hard to believe it's been three years since Quentin came along.  He's impressively been through a lot in his short little time here.  He's lived in three different houses, he's become a great big brother, he's got cool new super ears and every other awesome moment in between.  In the next week or two, I'll be packing his first back pack and sending him off to school!  This sweet little guy will be riding his first bus (the schooling blog to come later!).

Can you believe this was him as a baby?  (Can you believe how terrible my newborn photography was back then!?)  Such a sweetheart though with his squished little face! 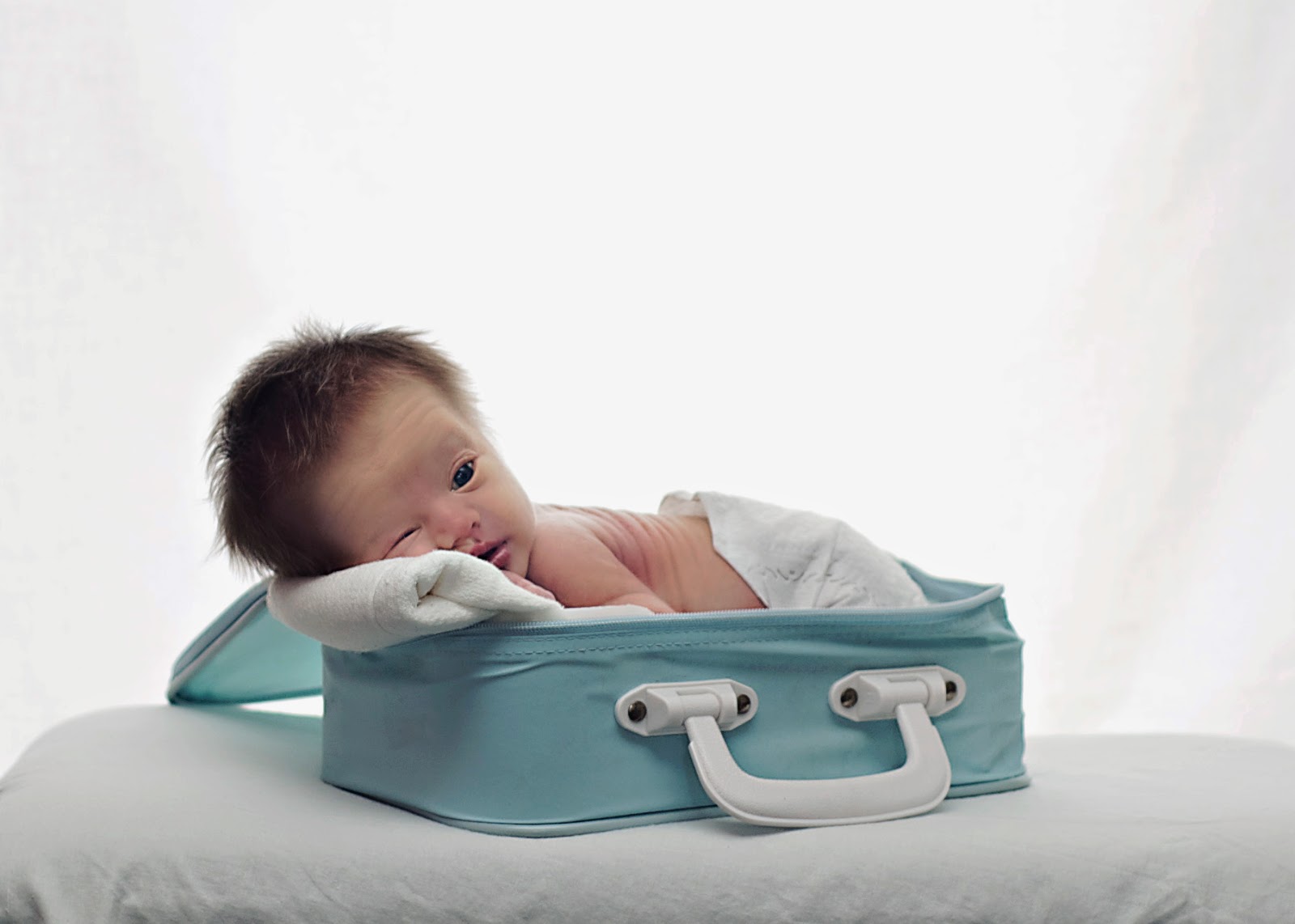 He was such a happy little baby too! 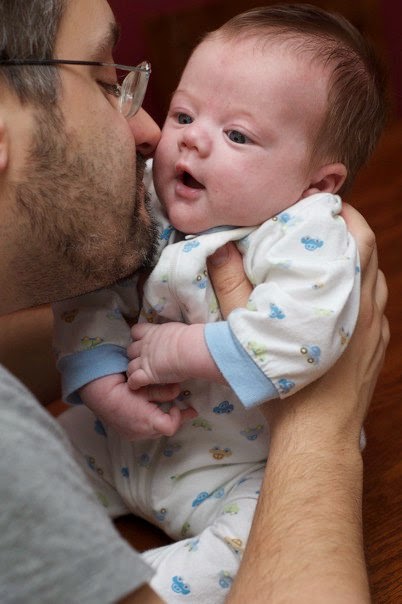 Quentin is about as awesome of a kid as anyone could ask for.  He's exuberant and filled with ideas.  He knows what he likes and what he doesn't like.  He's a very in the moment kind of kid!  Like when Frank brought me home flowers the other day.  Quentin remembered that I had flower headbands stored in Mallory's closet and wanted to wear one.  Classic Quentin!  I think he pulled it off rather well! 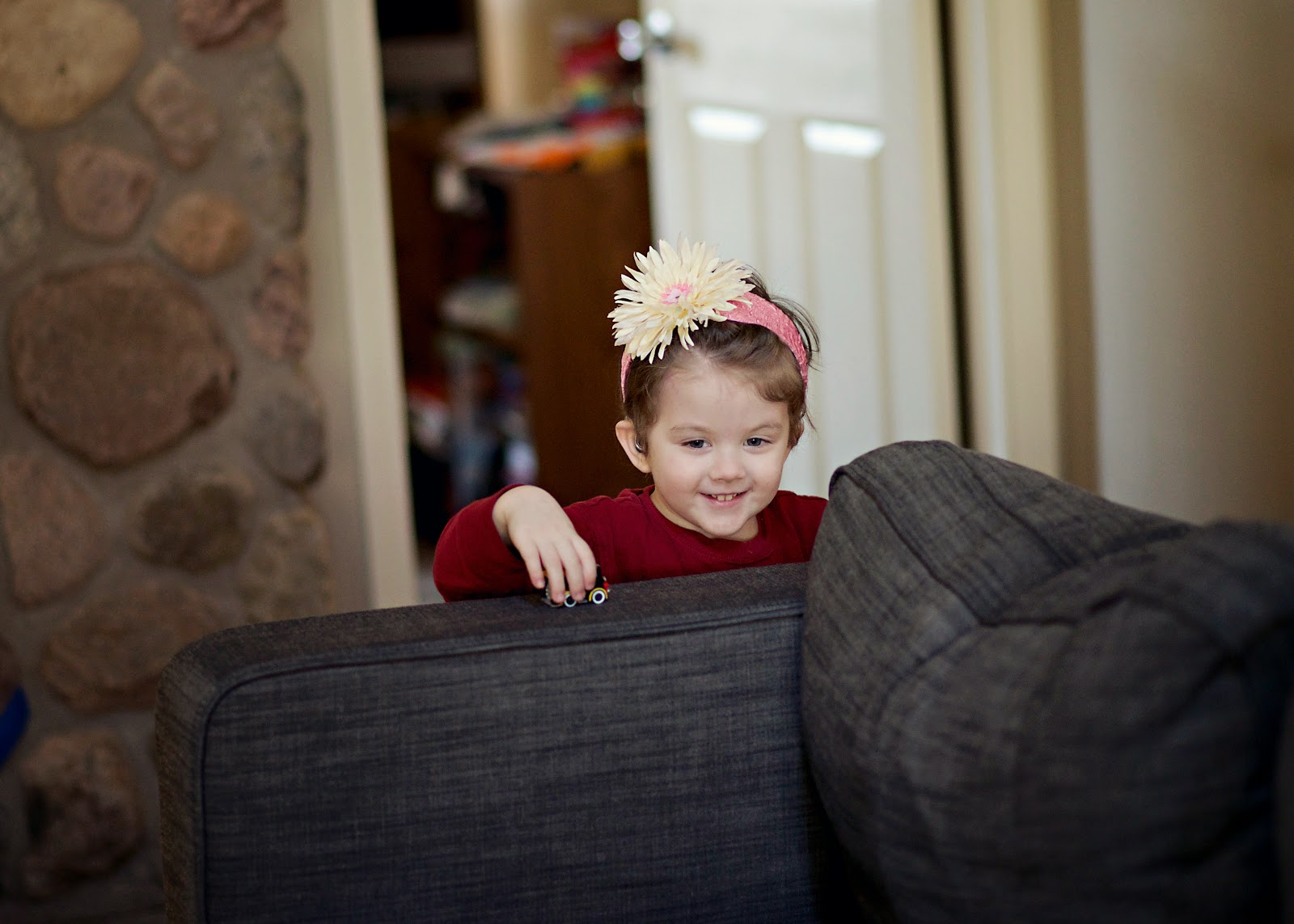 Or when he wants to be King Dragon of Brozville. 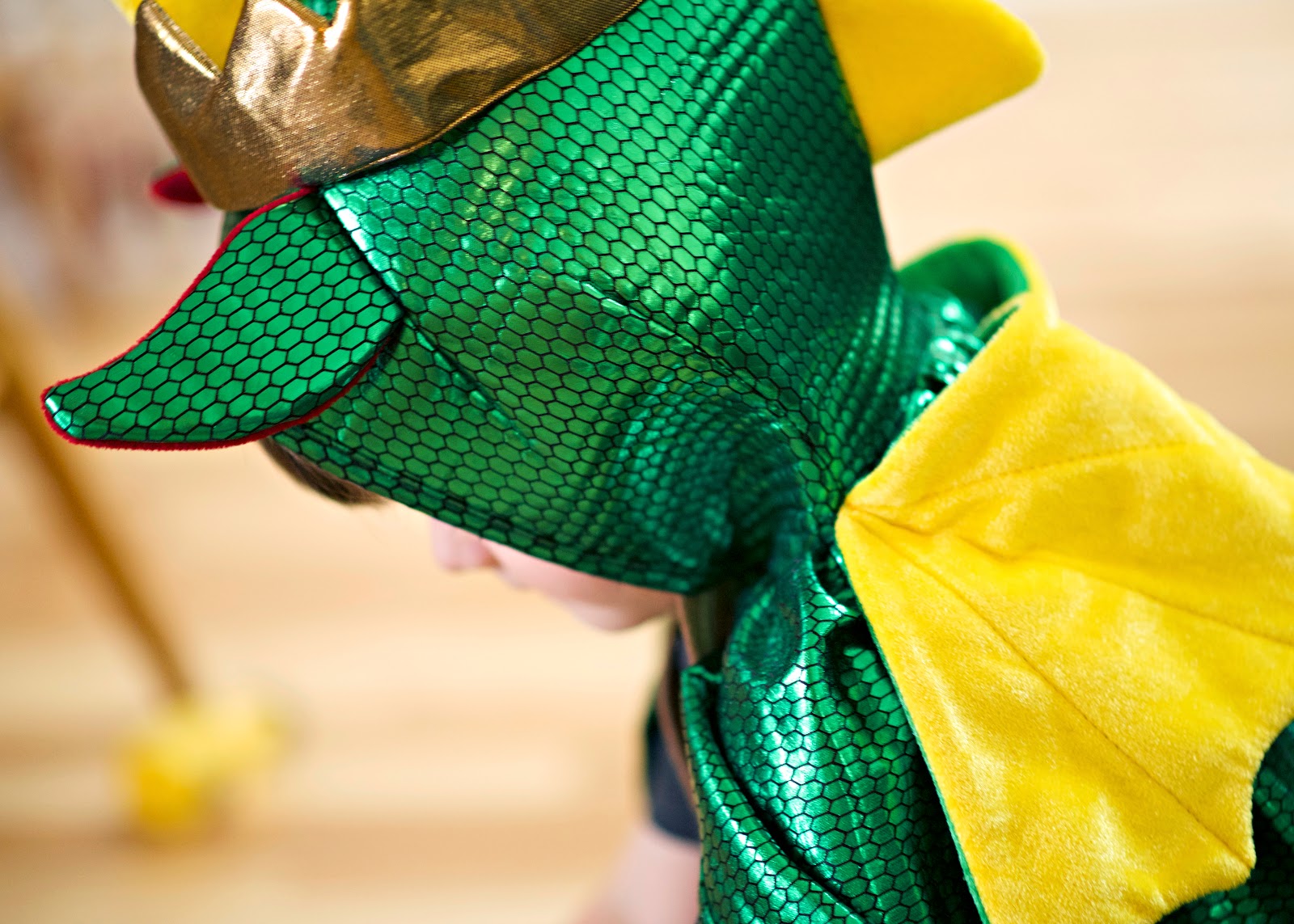 Or King Dragon of Brozville controlling another dragon and raising chaos across the land! 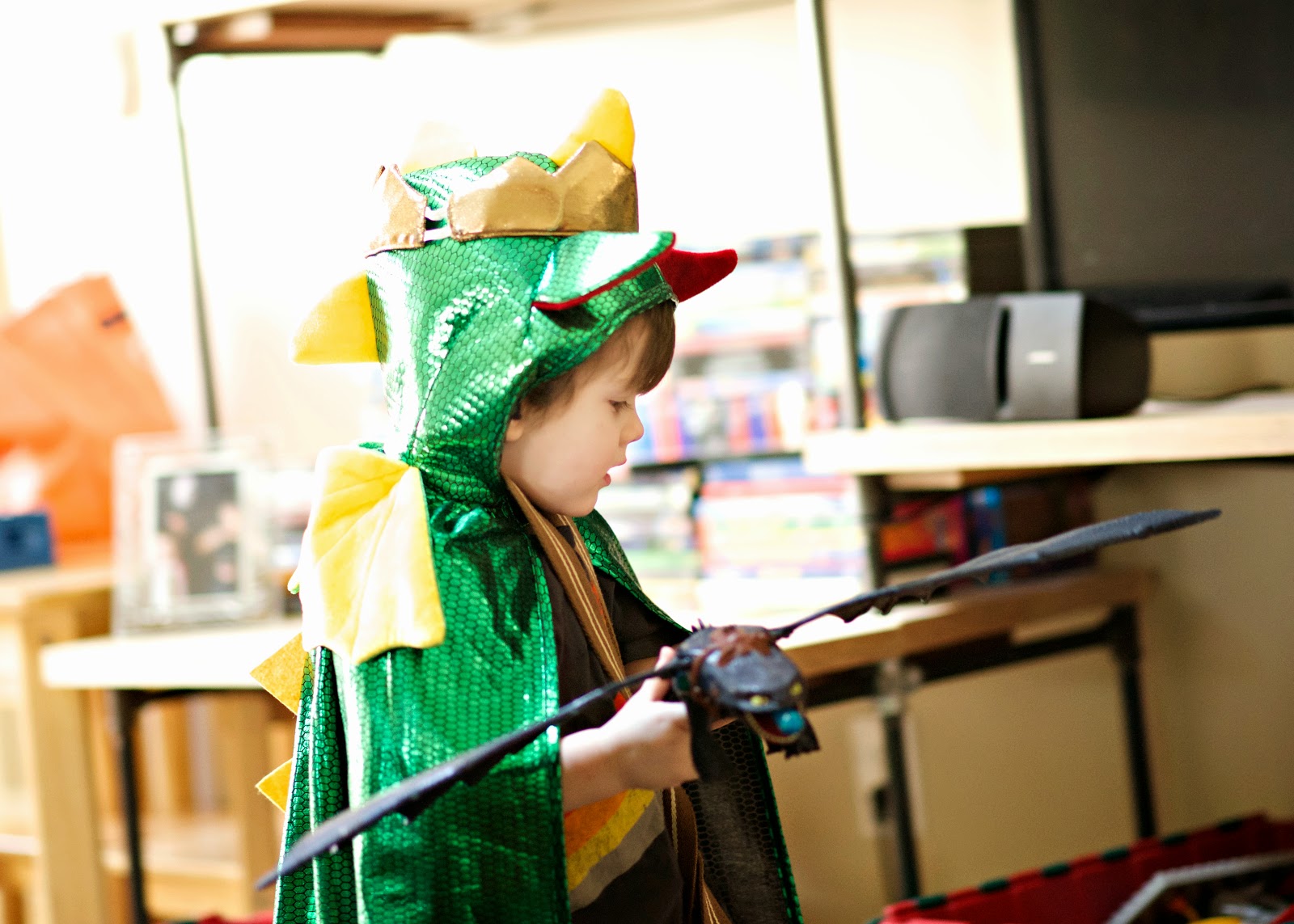 Quentin LOVES dressing up!  One of his favorites is Batman.  What's funny about that is I don't think he's ever seen Batman.  He just really enjoys wearing the mask and running around! 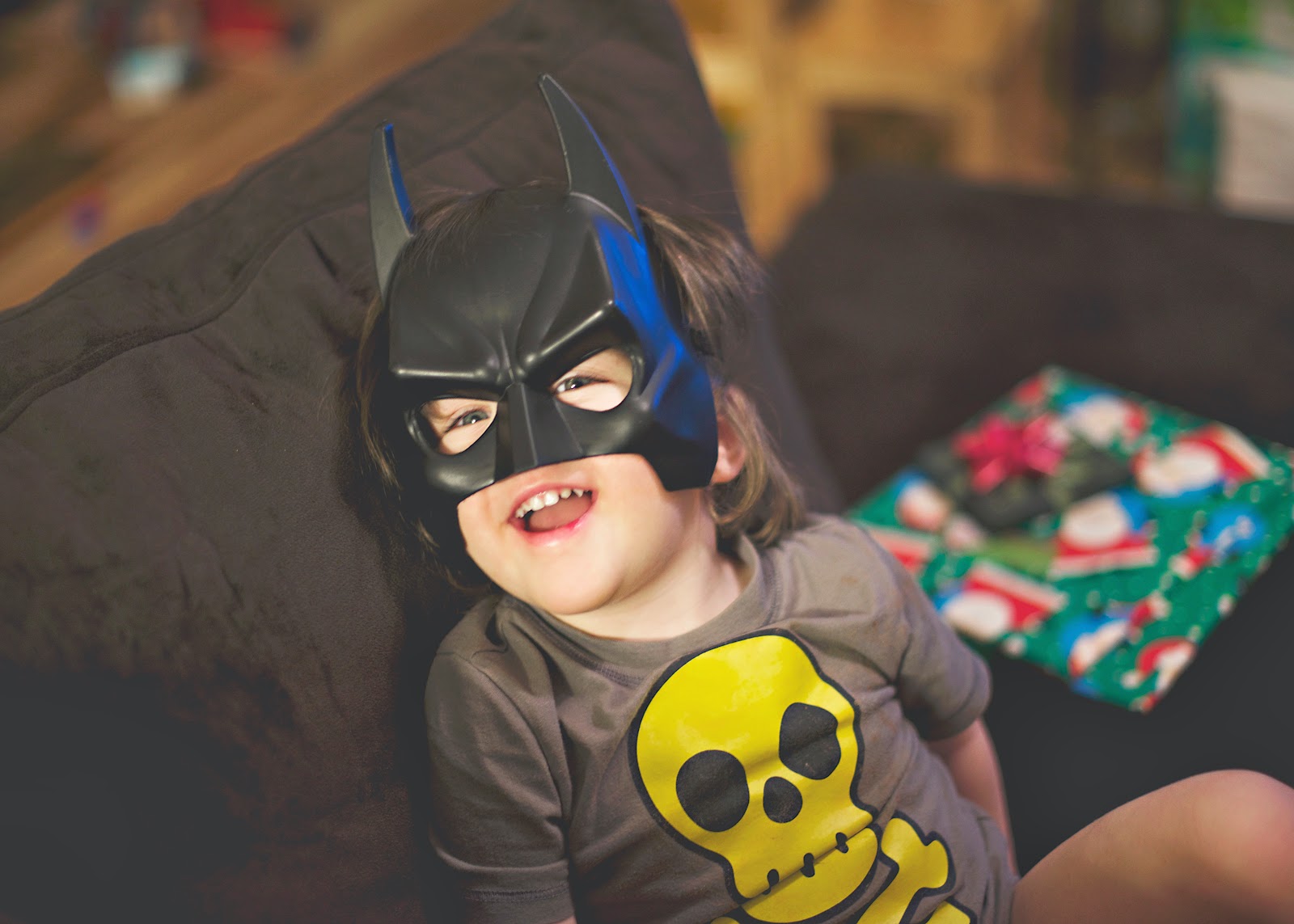 I spend a lot of time with Quentin and Mallory.  Frank brings home the bacon and the other four boys go to school all day, so we're the triangle of trouble.  I think Quentin really enjoys being around his favorite girls! 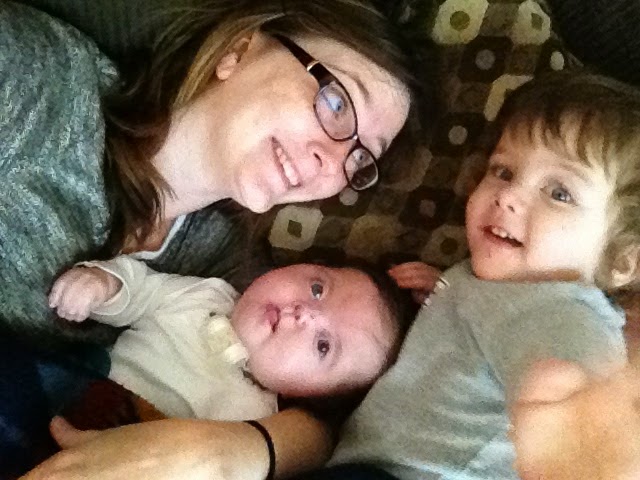 And he's so wonderful with Mallory.  He has his moments of what I named "violent help" back in the day when his cousin, Anthony, was staying with us, but he always means well!  Here he is teaching Mallory how to drive a car right through the air!  I think she was captivated! 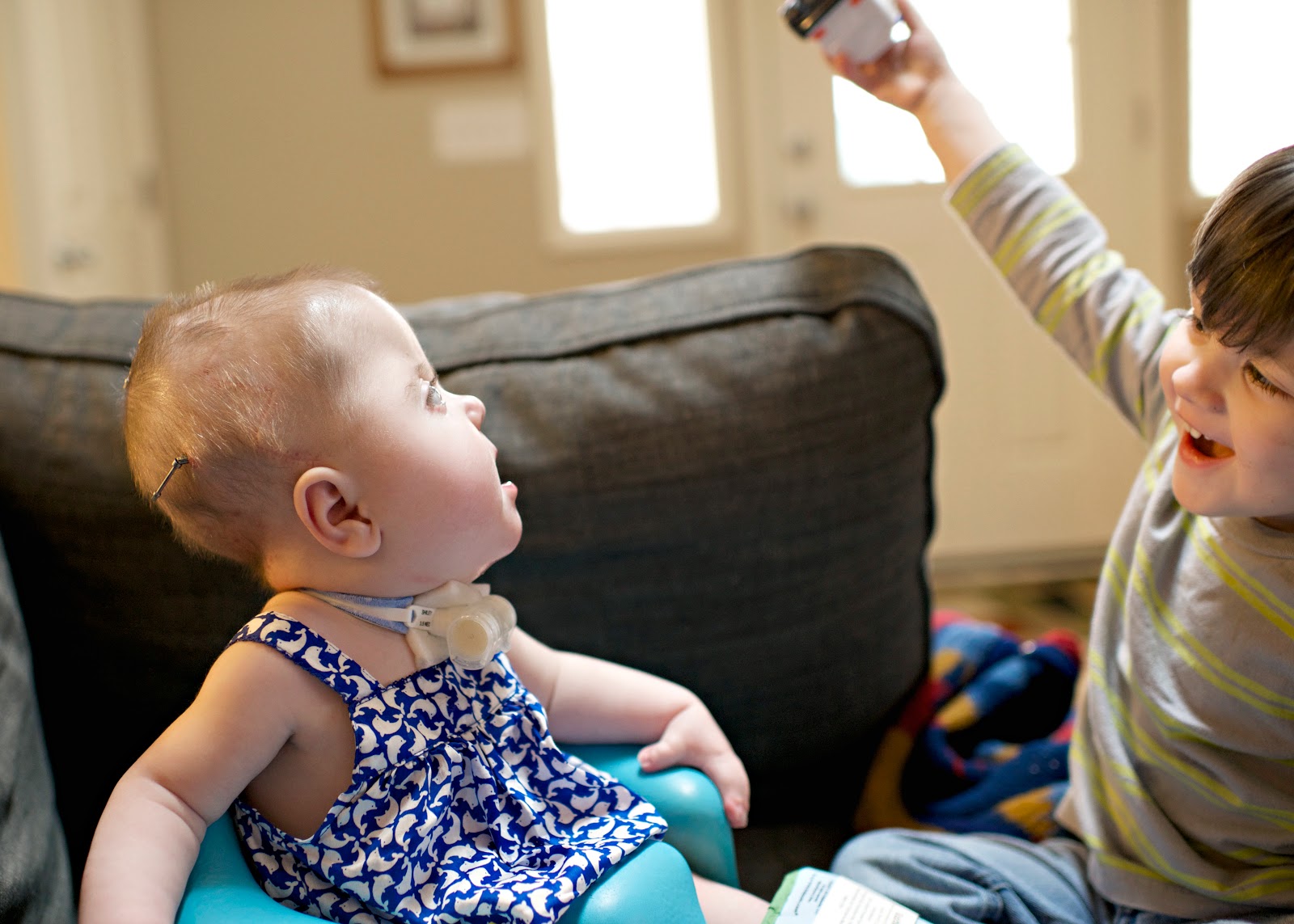 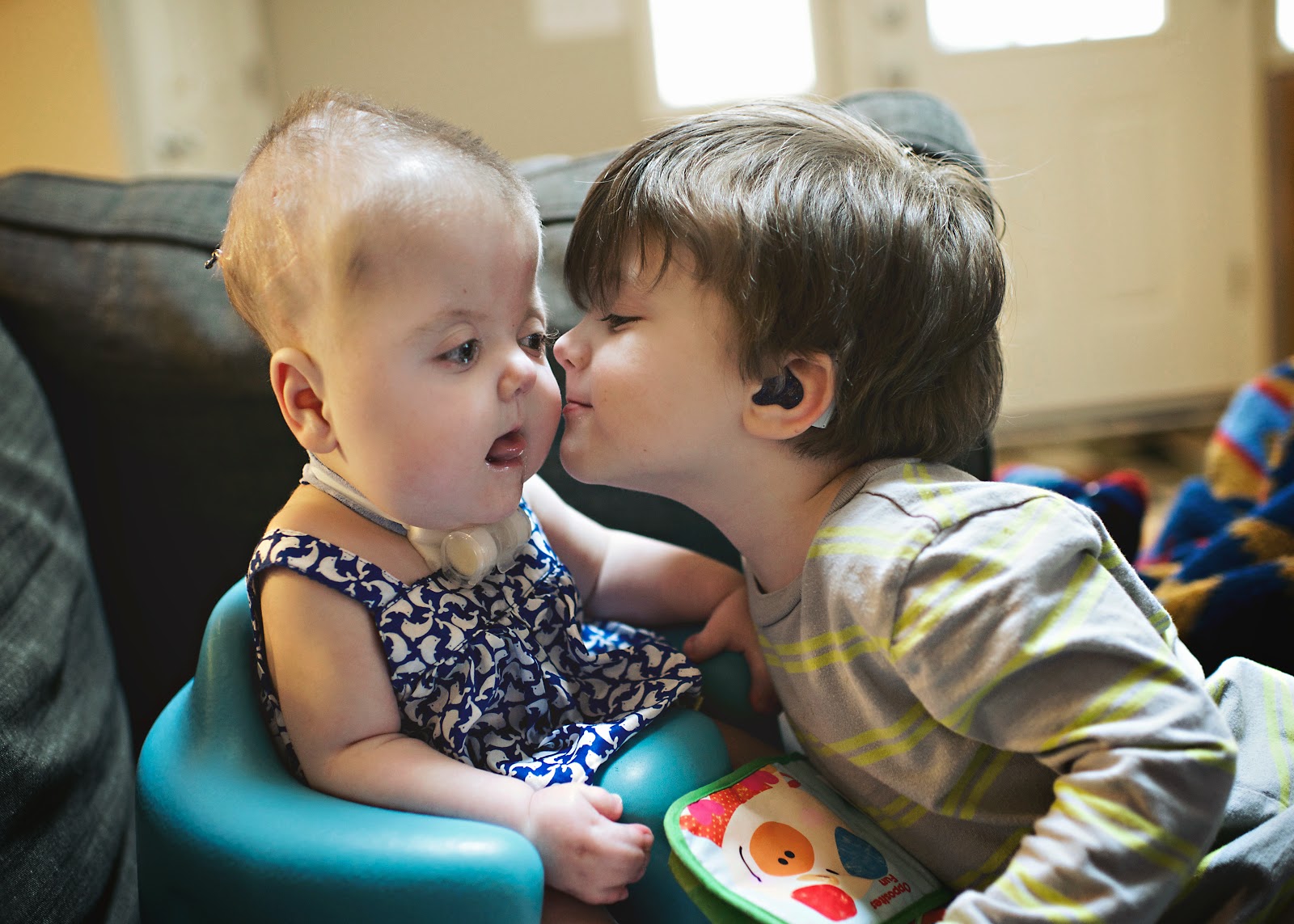 Then there's those hearing aids, eh hem... I mean SUPER EARS!  He's just taken to those like wearing socks.  He knows he's supposed to wear them every day and if I don't put them in right away, he'll bring them to me.  Wherever I am.  WHEREVER I AM.  Like the bathroom.  While I'm using it.  (They're not joking when they say that parents don't even get to use the bathroom in peace.  I never do!) 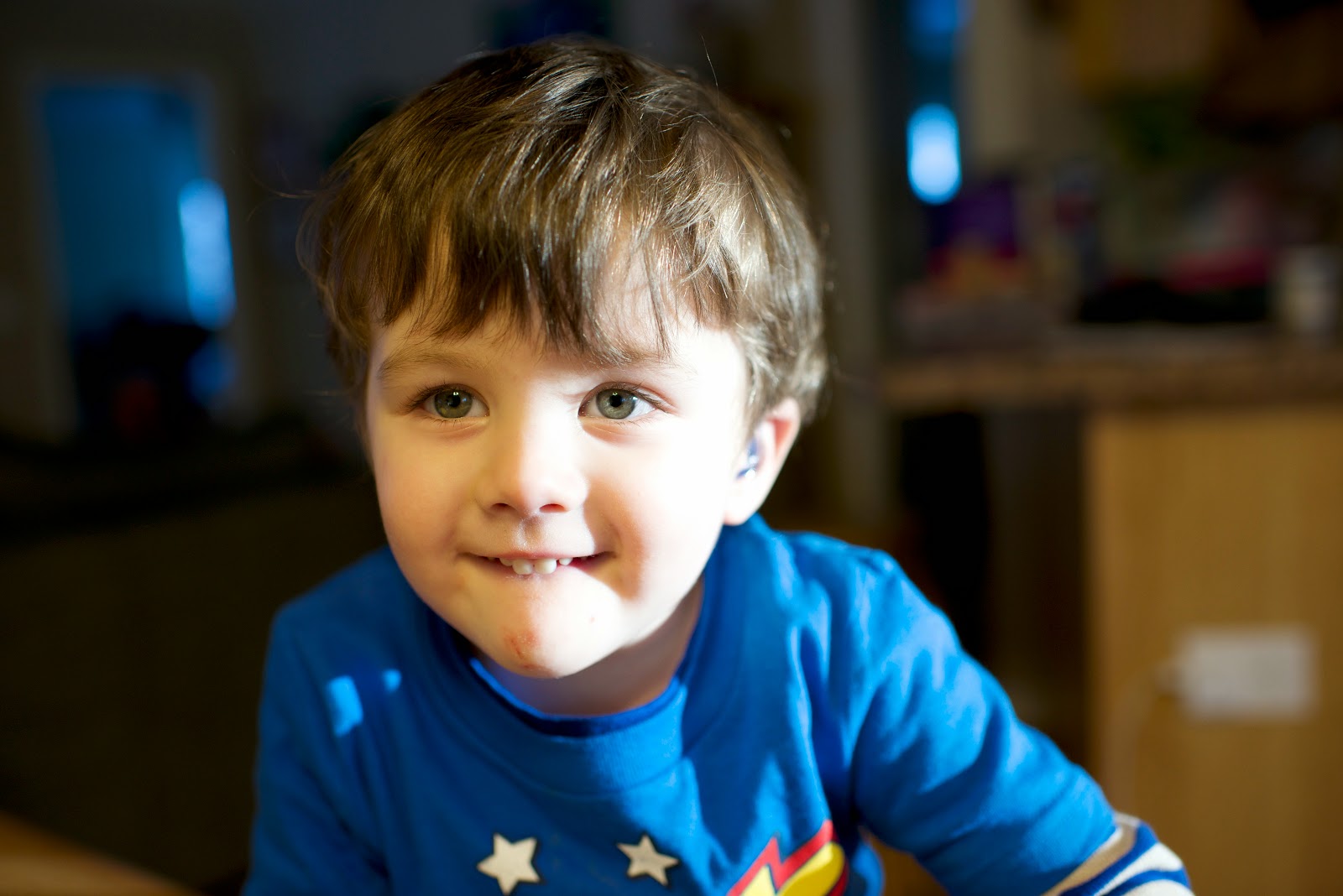 Some of his other favorite things to do are to watch movies (his favorites are Frozen, The Croods, The Incredibles and The Lion King) and play with cars... and airplanes... and choo choos.  He's started to sing.  I caught a little "Let It Go" action today and he loves to sing the theme song to 'Paw Patrol', his favorite Nick Jr. cartoon. 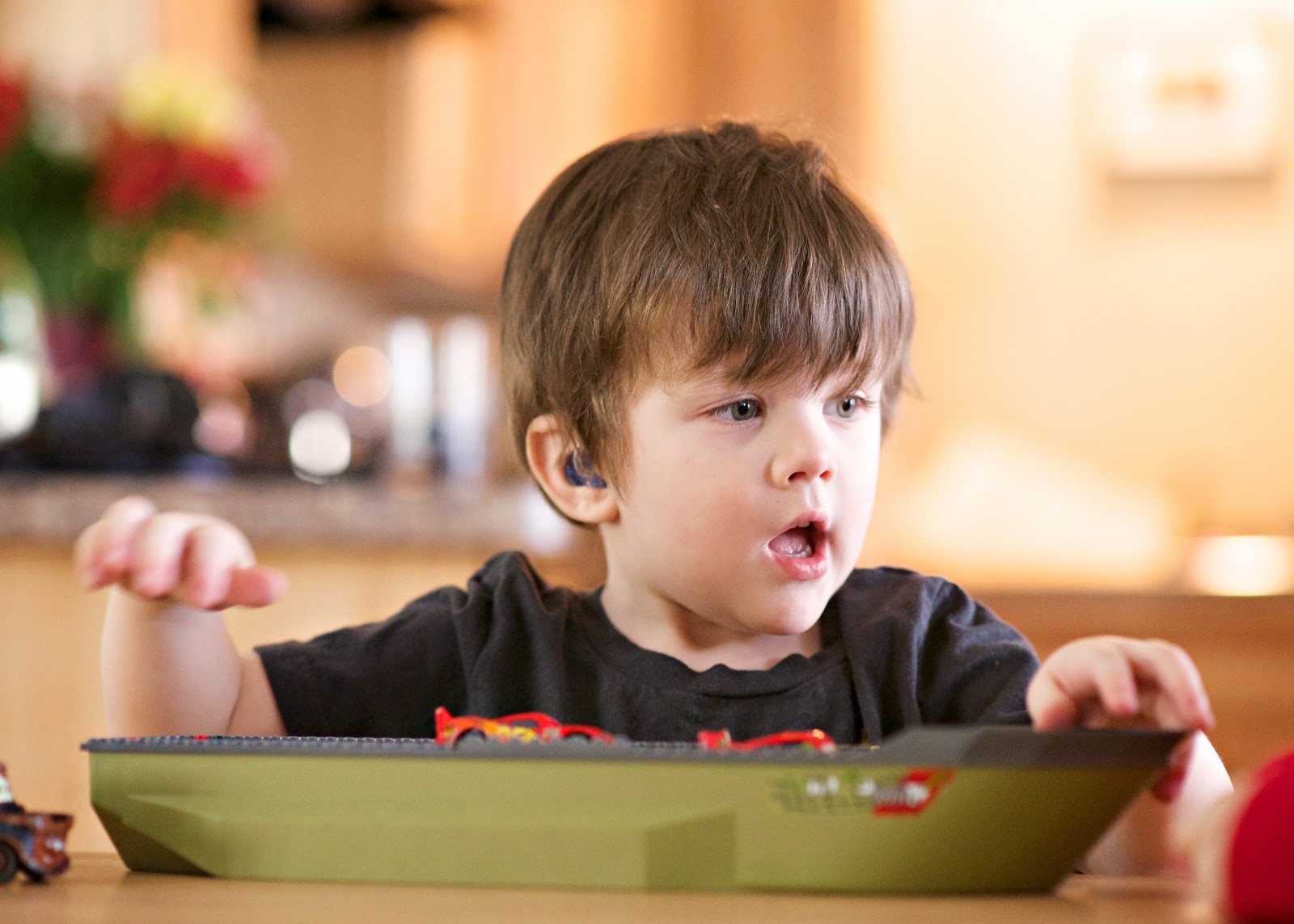 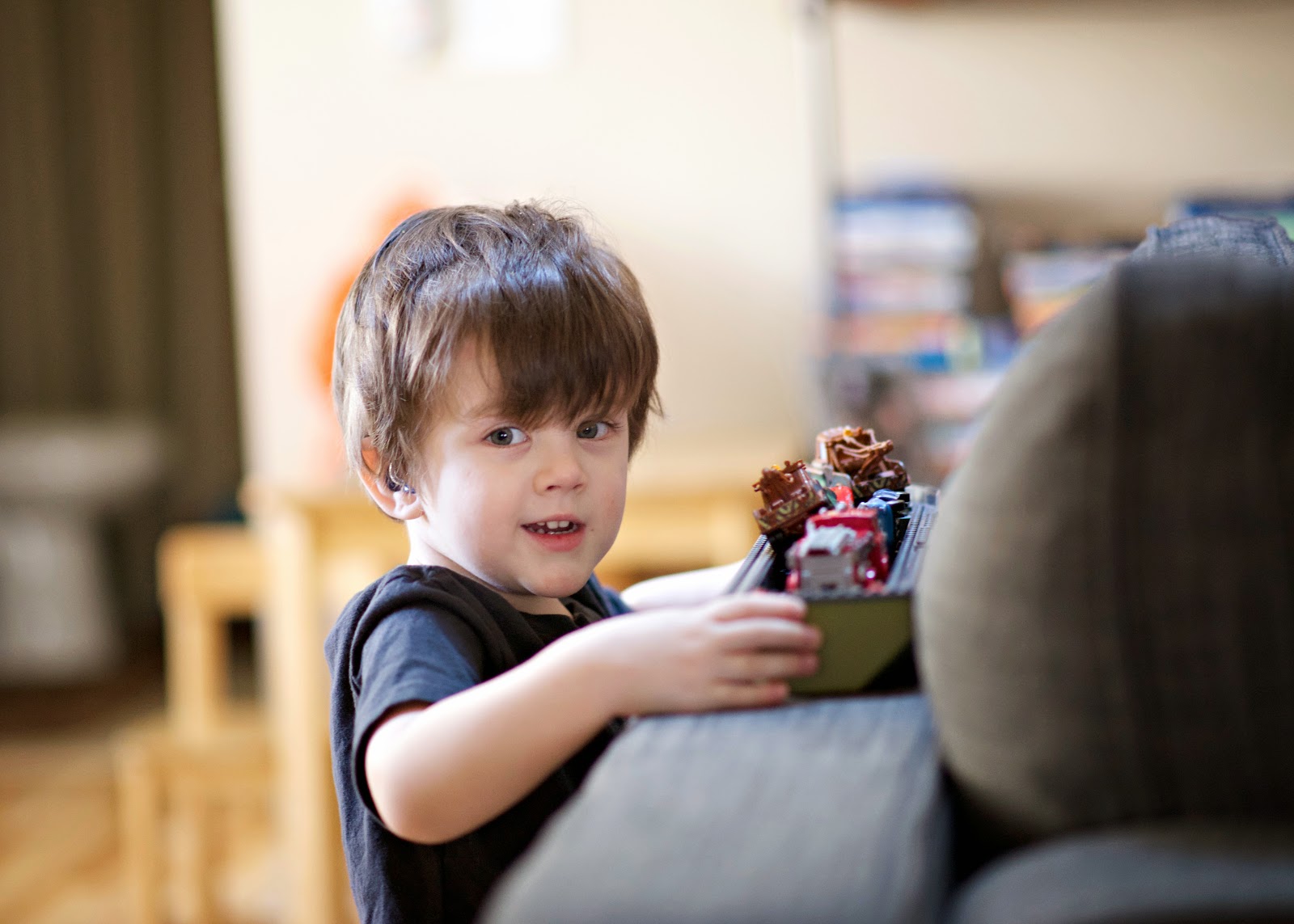 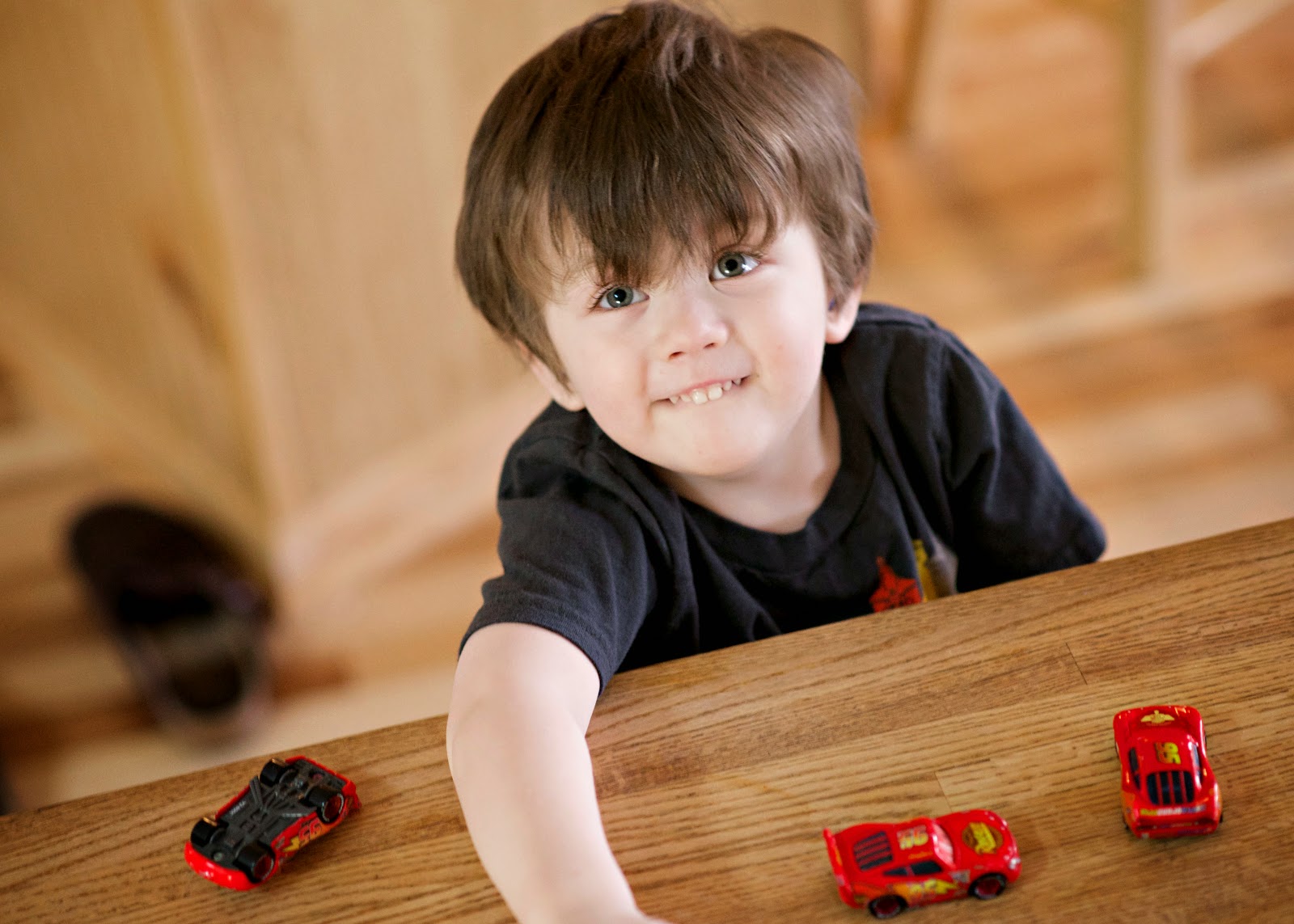 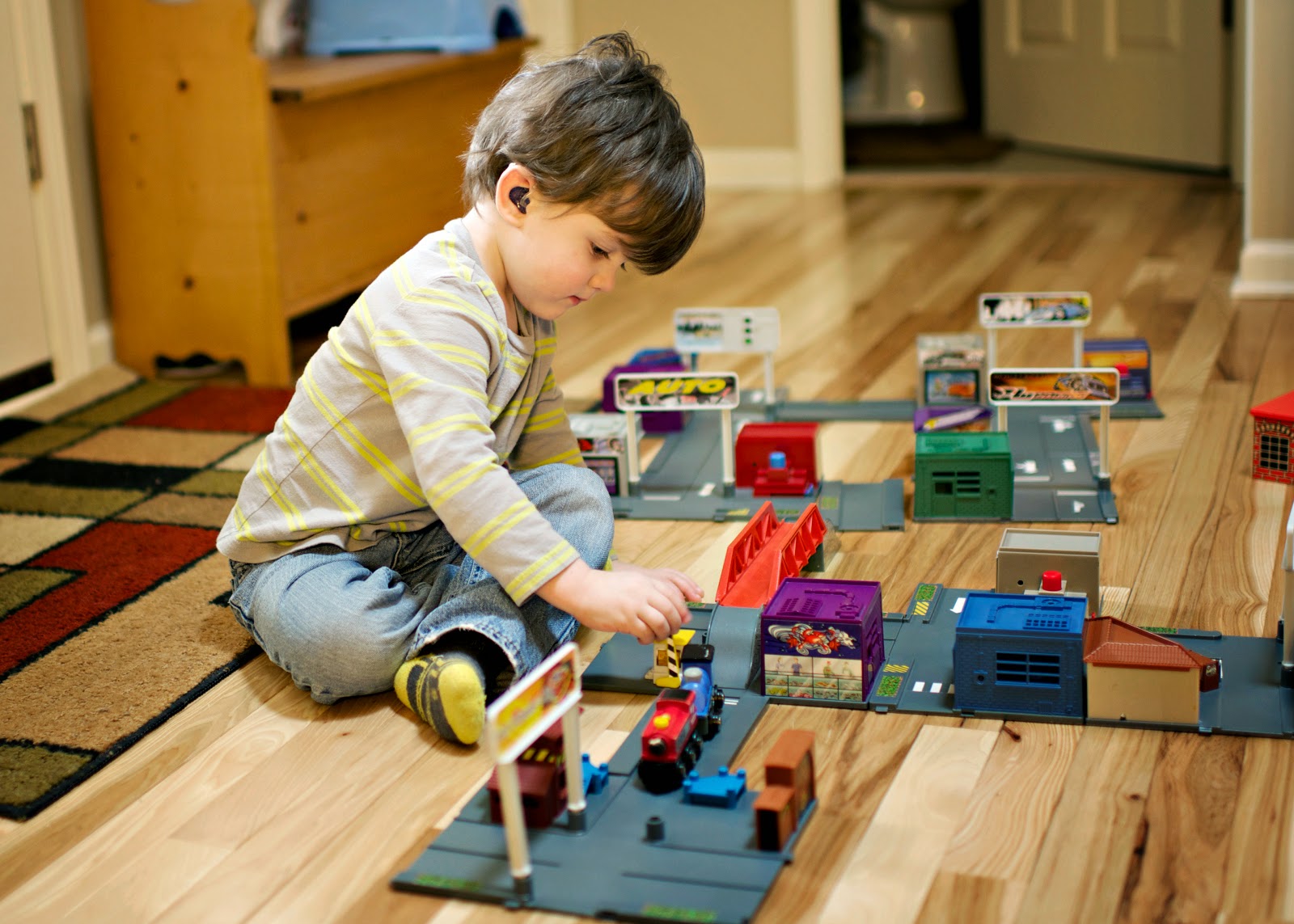 He plays so hard some days that we catch him falling asleep during dinner! 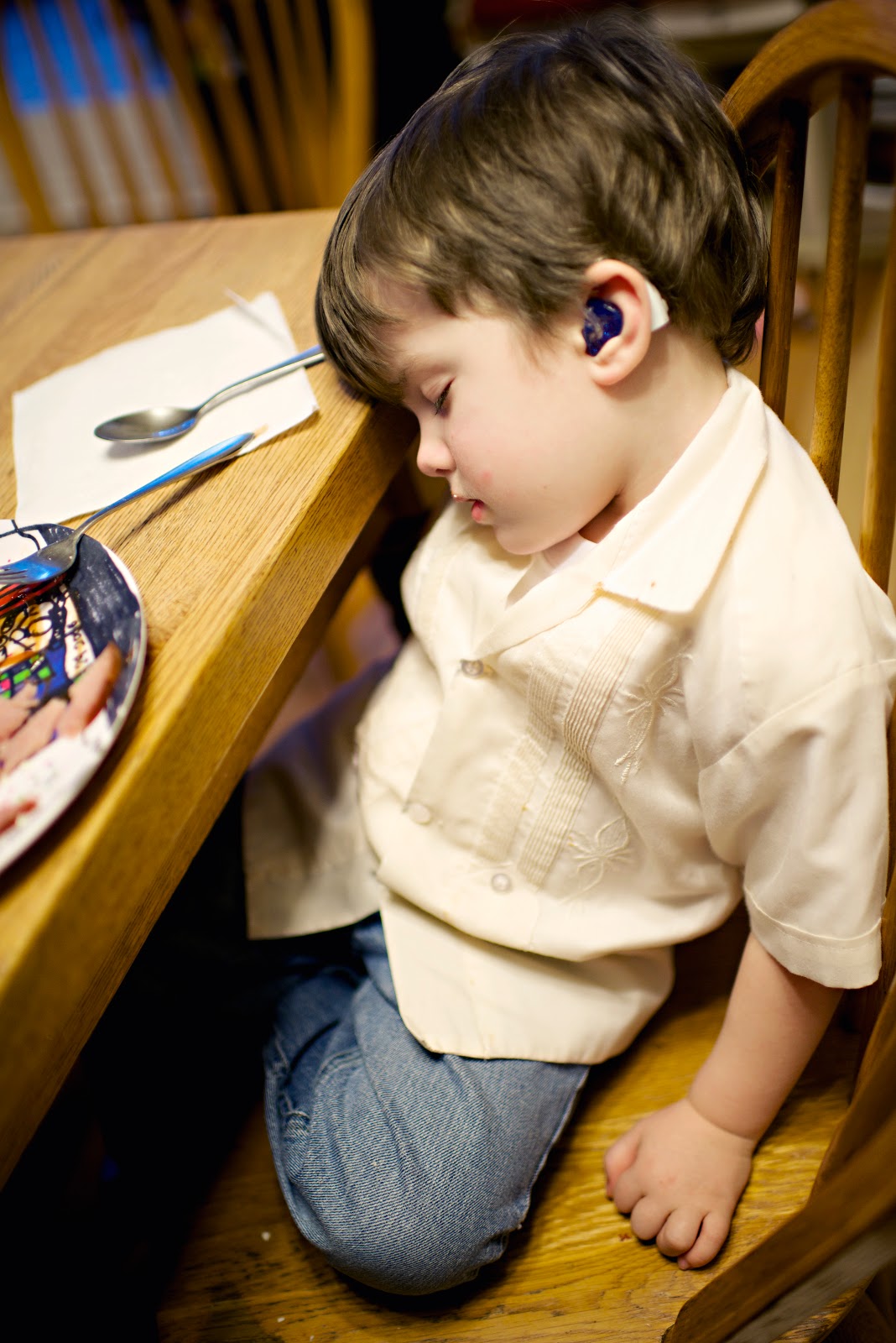 So, now, onto his birthday!  This year just happens to be his golden birthday!  Since he's not really at a point where he can tell us what he wants for his birthday dinner, we chose something we know he loves! 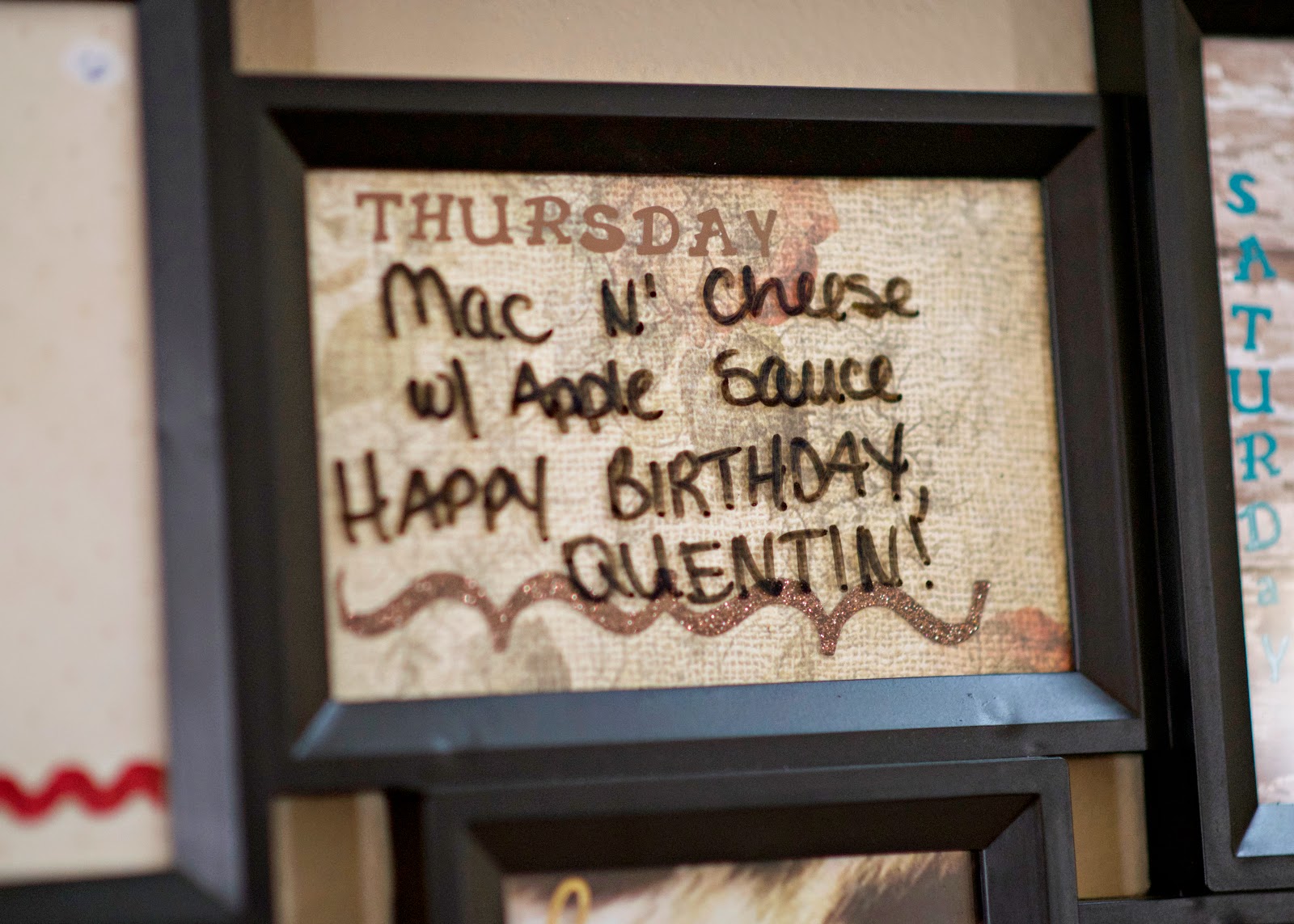 We did gifts first though, so that he could enjoy them a bit before bed time.  He's had a little cough and we could tell he was tiring out a little early.  He got a cool yellow monster truck and two little monster trucks.  He got a brand new copy of one of his favorite books, 'Green Eggs and Ham'.  He got a really cool jungle safari Duplo set.  Then, the icing on the cake, was his brand new big wheel!!  I so wish I could've gotten his expression on camera when Frank brought it in!  He was so excited! 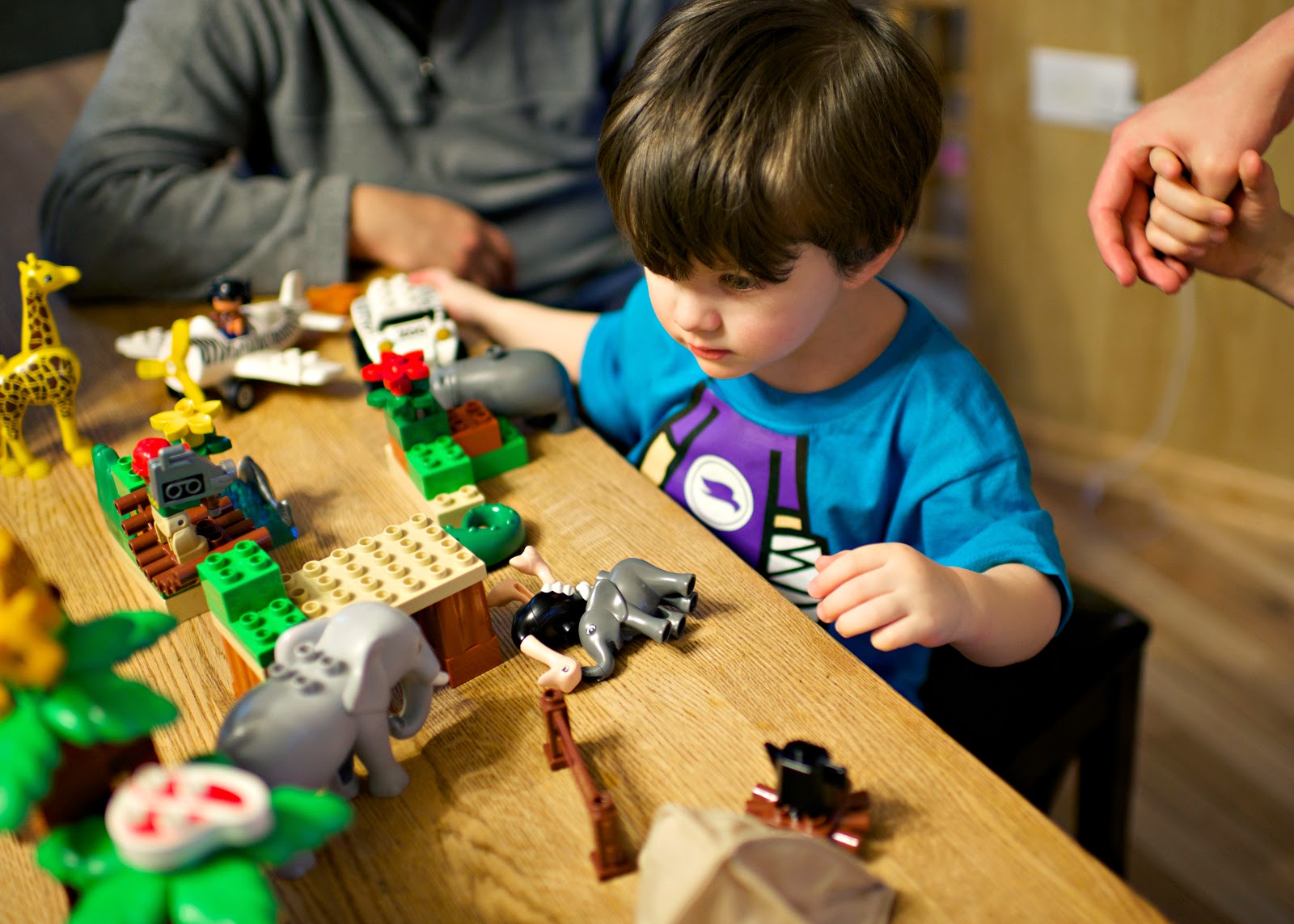 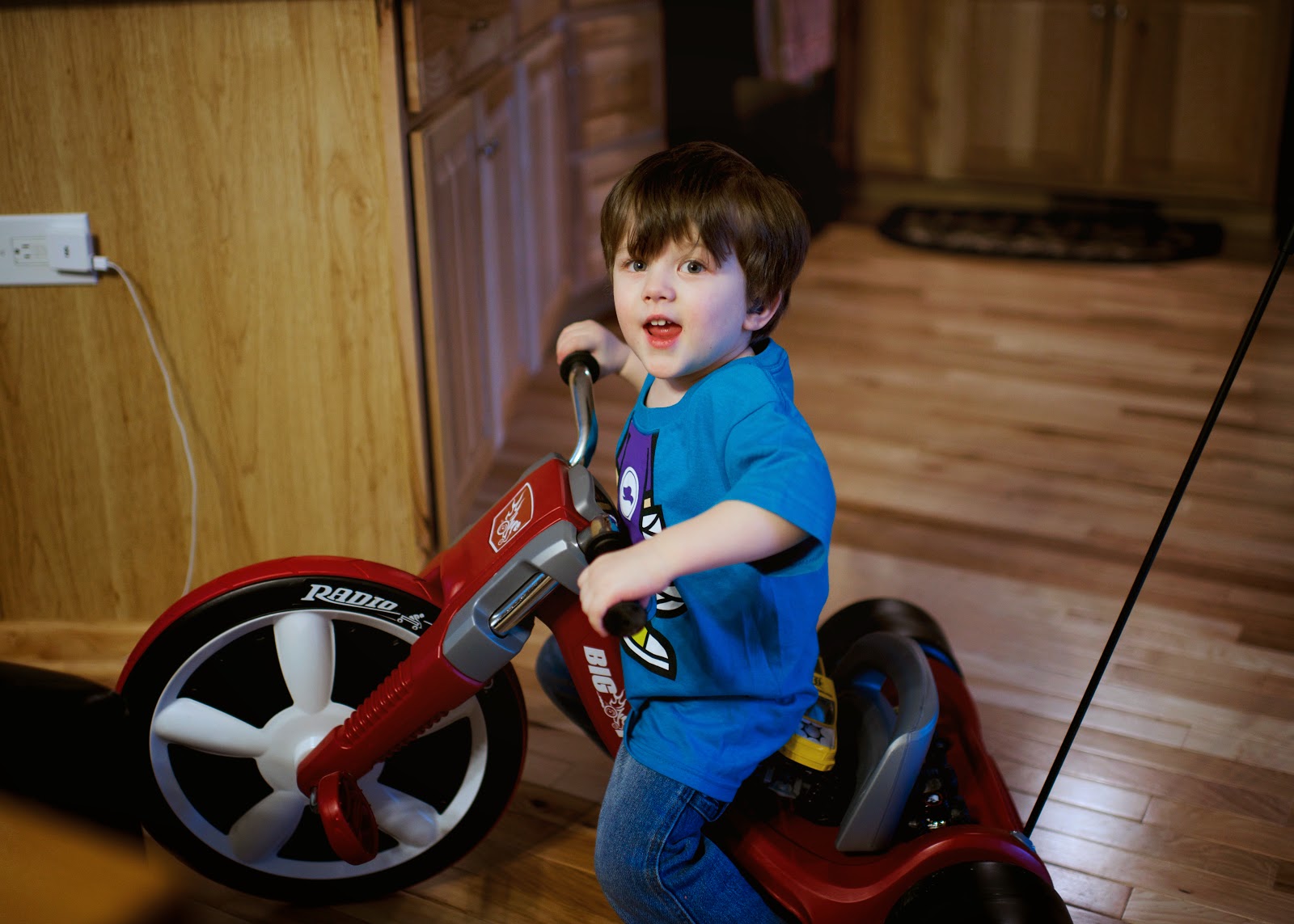 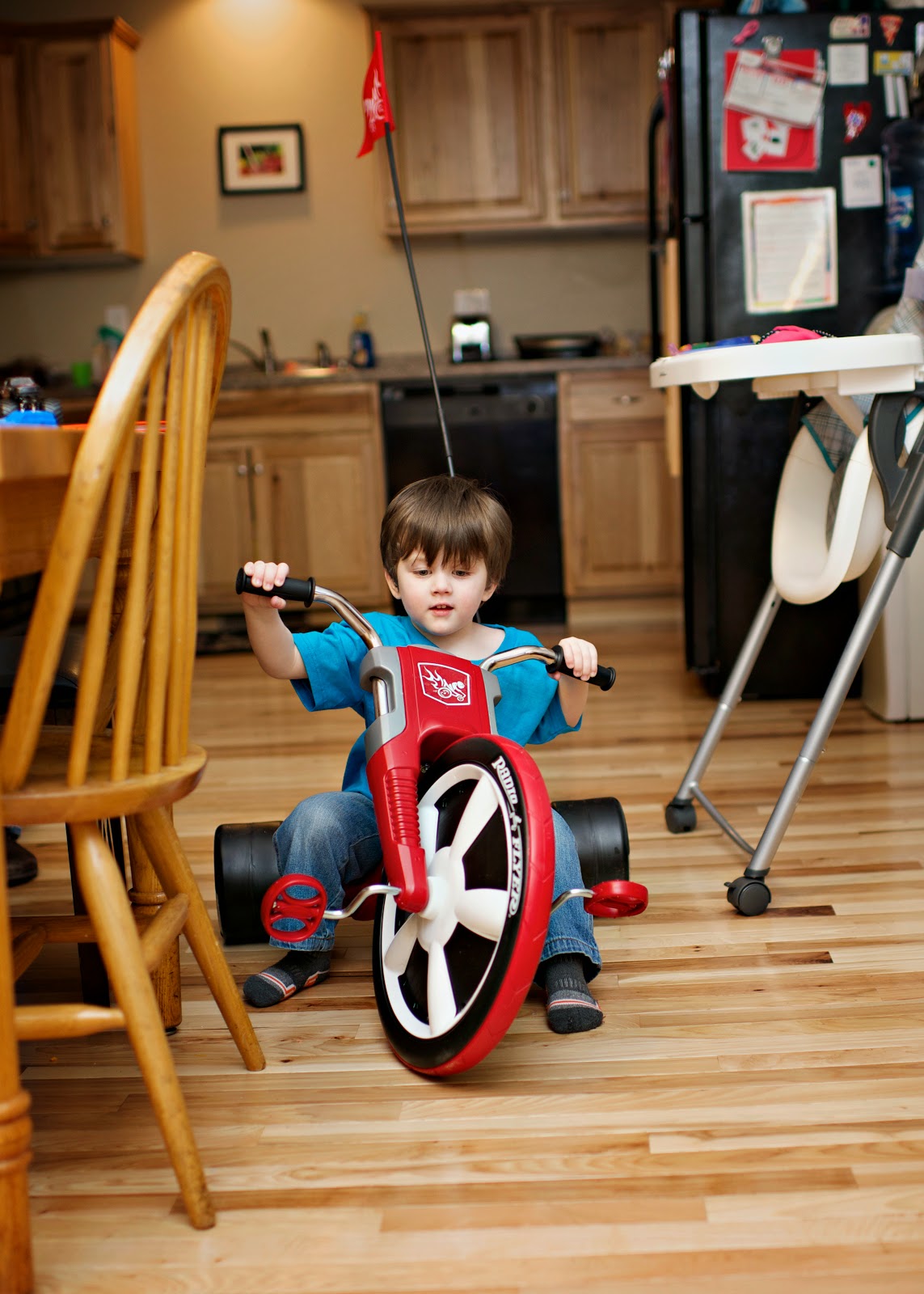 After his dinner of macaroni & cheese with applesauce, we got his dessert ready.  He isn't much of a cake kid these days, so we decided to make him some chocolate chip cookies and serve those with vanilla ice cream.  A little hard to figure out candles for that, but we managed!  I normally like to get a photo of my kids blowing out their candles, but he was way too excited to wait.  He turned off the kitchen light himself when he saw the candles.  We started to sing and walk towards him with his awesome cookie with three dinosaur candles.  He shouted, "Yay!" and blew them all out before we were done singing.  Then he ran and turned the light back on while clapping... for himself!  Seriously, this kid is friggin' awesome! 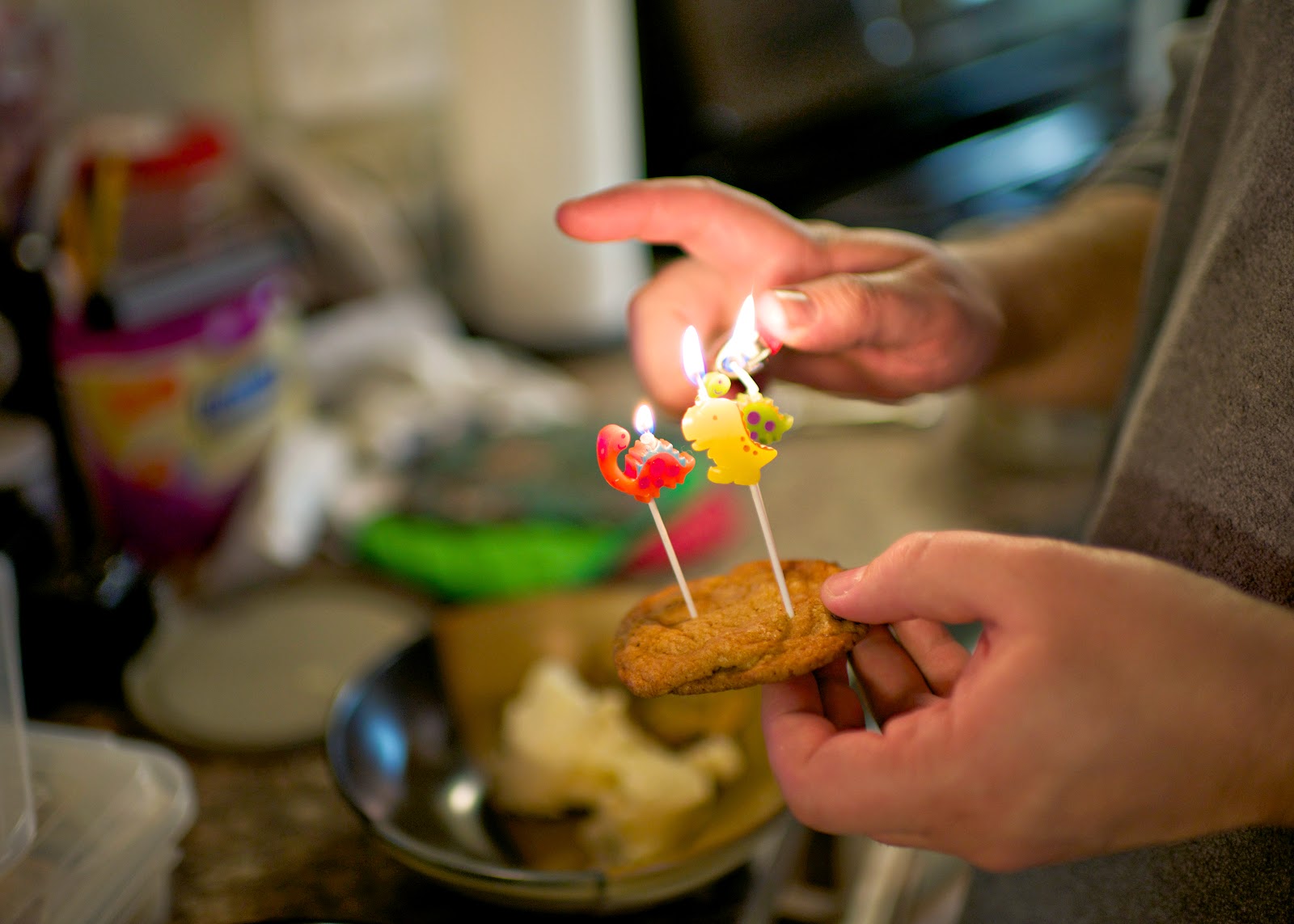 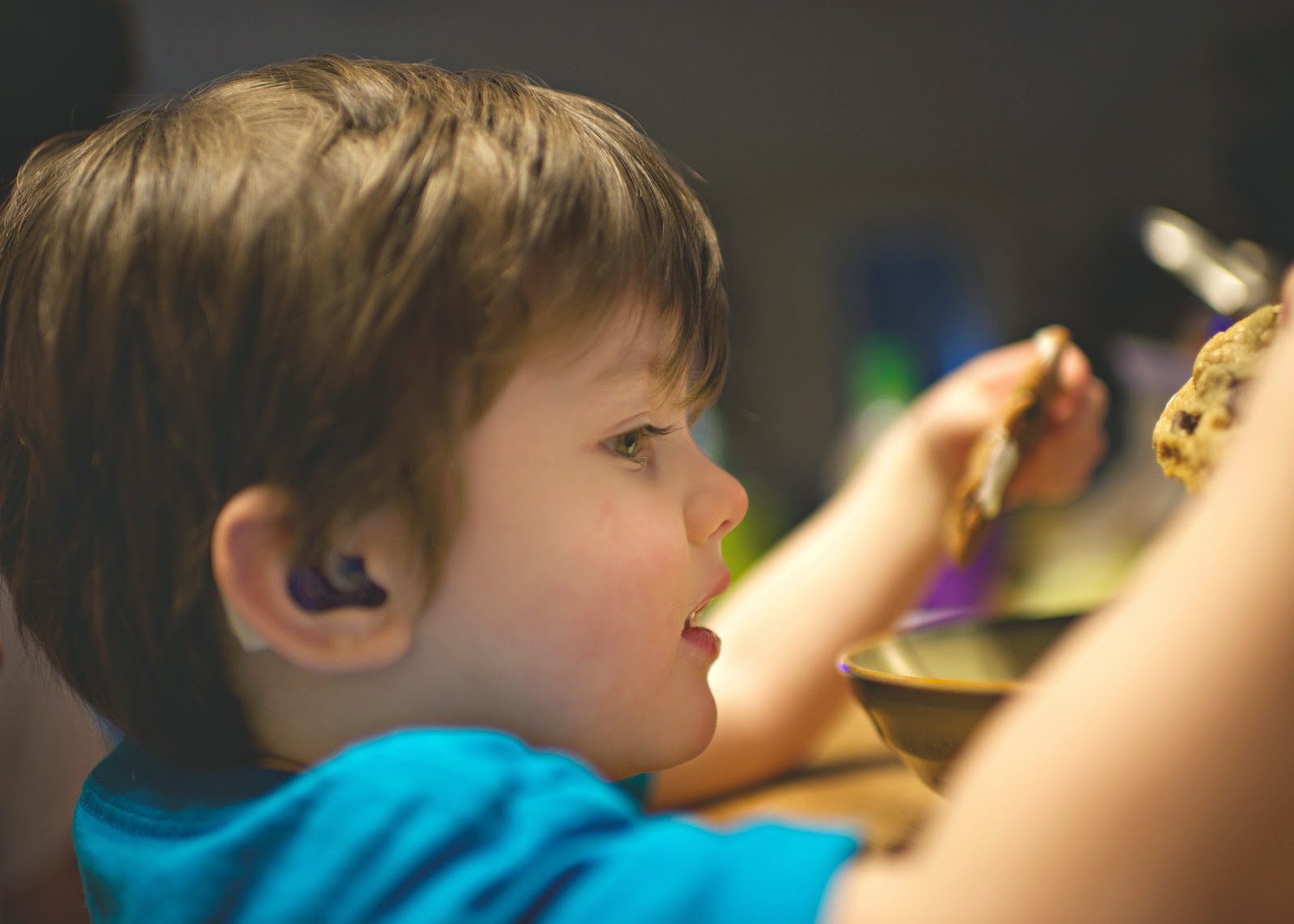 Quentin is such a personality.  We all love him so, so much!  I can't wait to see what this next year brings him and how many new experiences he'll have!  Happy, happy, happy 3rd birthday to the coolest Quentin I know!!! 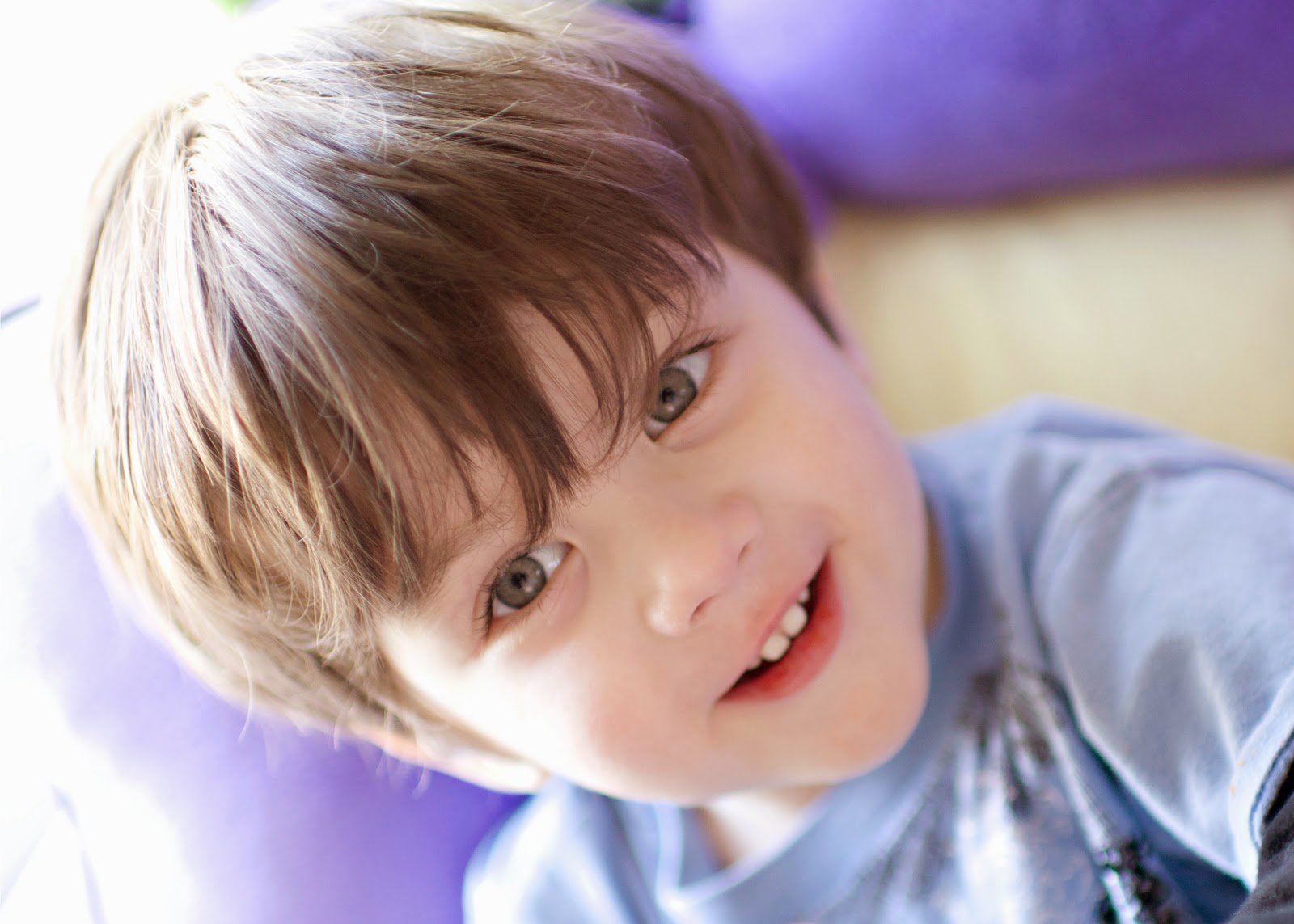 (I love reading you're blogs btw)