I was going to save this blog until Mallory and I were back home and settled in but I'm sitting here at the hospital watching 'Hell's Kitchen' on a tiny TV (whose only noise comes out of a tiny speaker attached to what I think they want to deem a remote control), drinking Coke out of a styrofoam cup and eating gummy bears.  I need something more productive to do.  There's only so much eating a girl can do.  And trust me when I say, I have plenty of junk here to eat.  Not to mention the expensive gems I fish out of Cafe West. 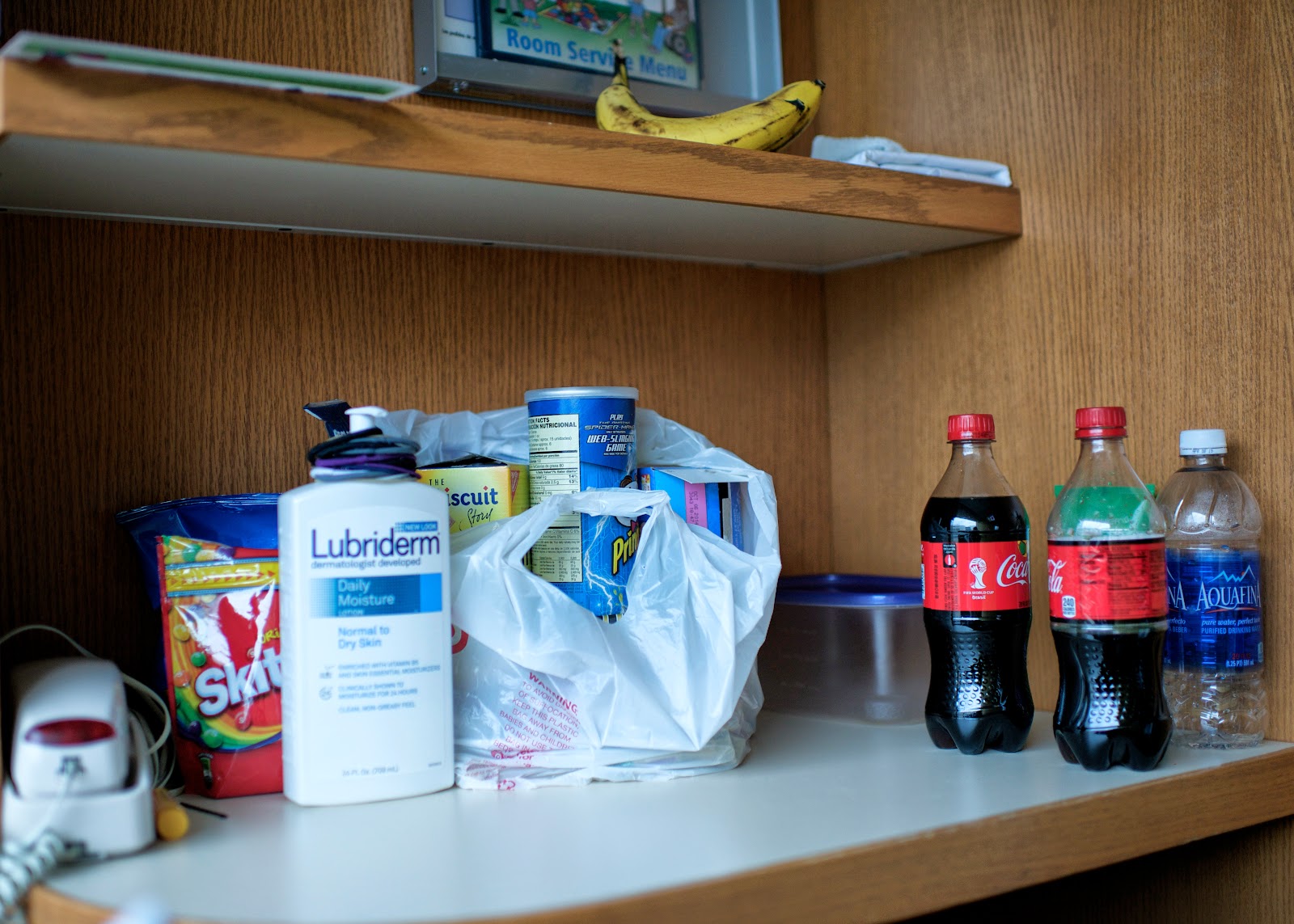 The last blog I wrote was mostly about my sick kid barfing all over the place.  I truly thought that was as bad as the week could get.  It definitely wasn't.  At about 4:30 that Friday morning, Mallory's pulse oximeter was going off, blazing through out the house.  It wouldn't stop.  Typically if it goes off at all, it only goes off for a few seconds and then stops.  Not so much this time.  I walked in her room and saw that her oxygen level was in the 60's.  Not good.  (For those who may not know, a healthy person's oxygen level should be as close to 100 as it can get.)  It managed to get into the 70's but nothing I did changed anything.  As fast as I could, I grabbed her go bag, put her in her car seat and drove the hour long hike to the emergency room. 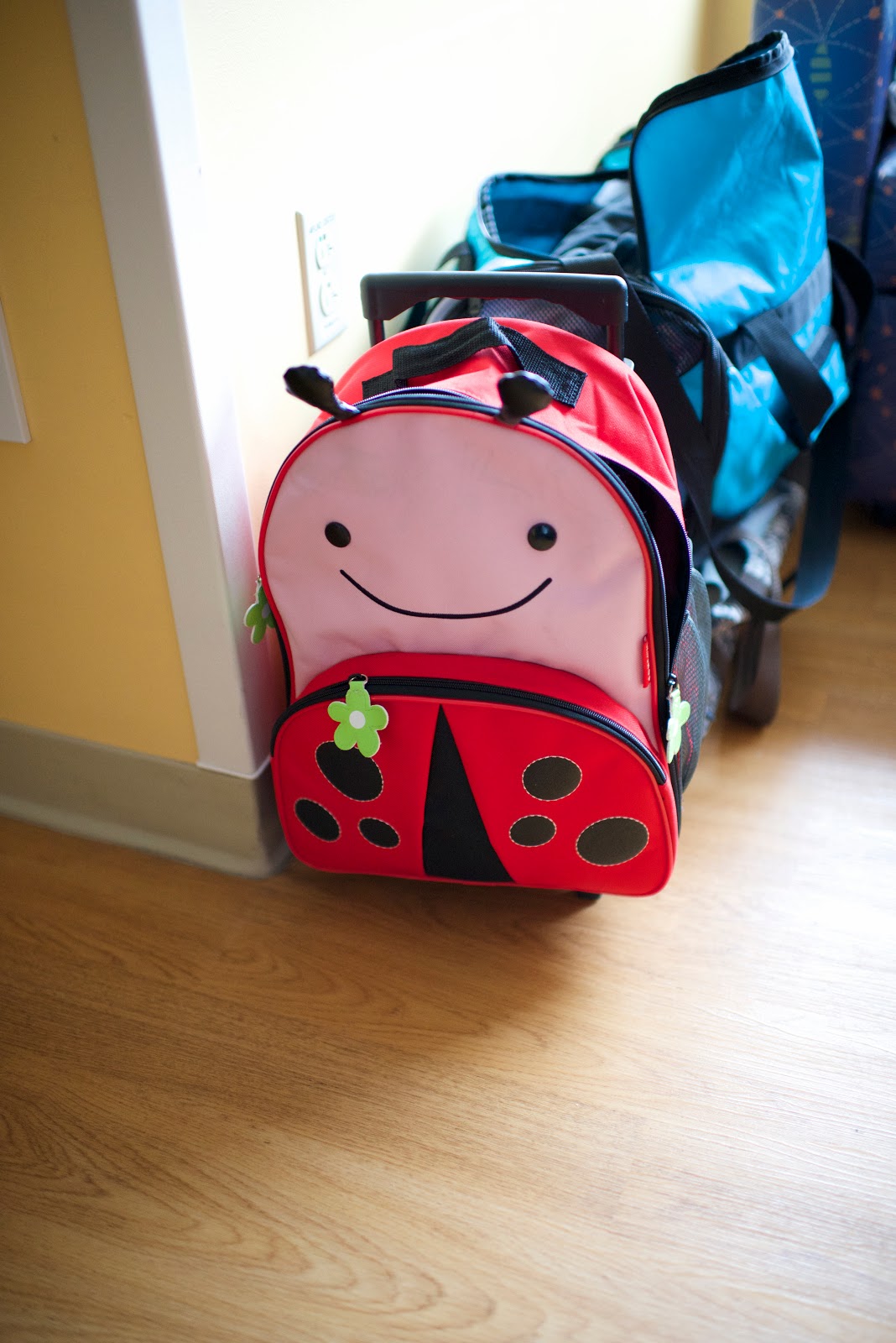 When we got here, they started her on some oxygen, did swabs for influenza and RSV and did a chest x-ray.  (For those that read Mallory's page, most of this is just a re-run.)  Her x-ray was pretty clear, but she tested positive for hMPV.  How can I describe it?  Well, it's one big, fat, nasty ass virus.  It's certainly done a number on Mallory's respiratory system. 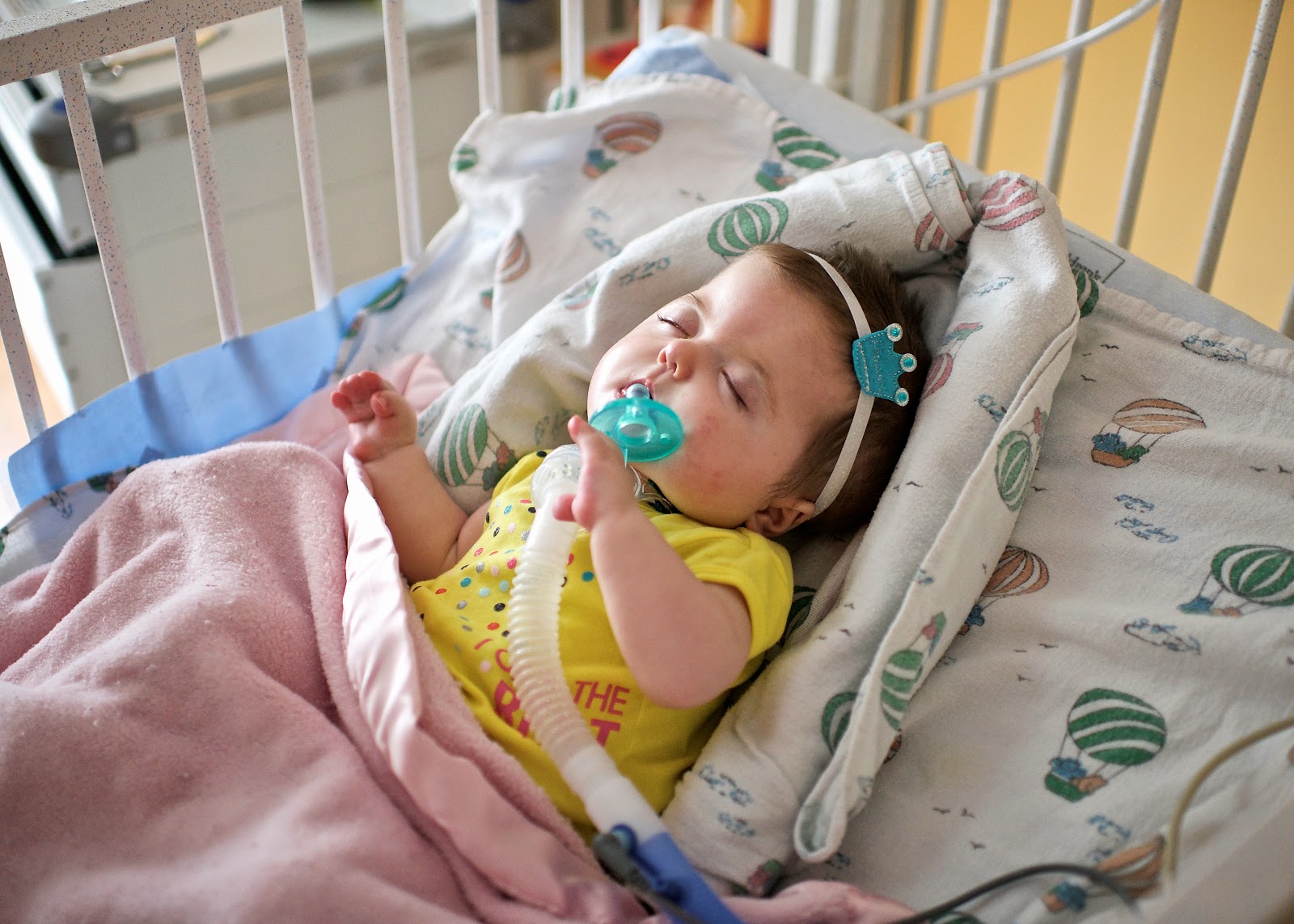 Being in the hospital was not the plan.  I guess that's kind of a dumb thing to say.  No one really plans on an emergency hospital visit.  I was just hoping and praying that it wouldn't happen.  There was so much going on at home.  Most importantly I missed out on Nicholas's birthday.  He turned eight!  I always like to do a little photo shoot and post a little blog about their day.  I couldn't do that.  I didn't get to bake him his breakfast brownies.  I didn't get to give him a birthday hug.  I didn't get to really spend the day making him feel special.  Mallory and I were stuck here. 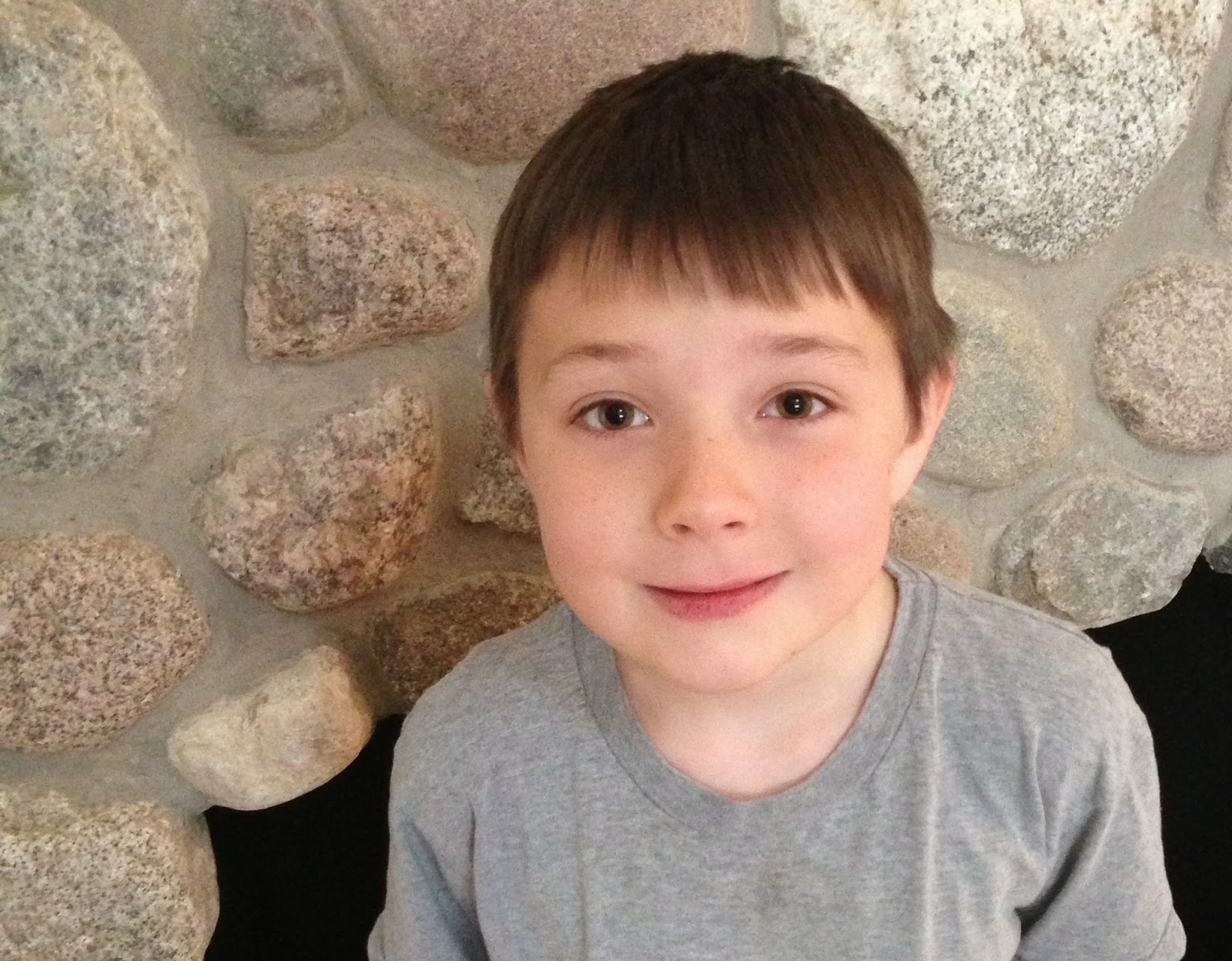 I was happy that I was able to do a little FaceTime with Frank and the boys during dinner.  It was kind of like I was there eating with them.  I liked the little chit chat they were having.  Nick picked steak tacos for his birthday dinner and from the looks of it, he really enjoyed them.  I got to sing Happy Birthday with everyone and watch him blow out the candles.  Technology can be great, can't it?  I put my camera in the hands of my husband and he got this cute little photo of Nick's lit candles. 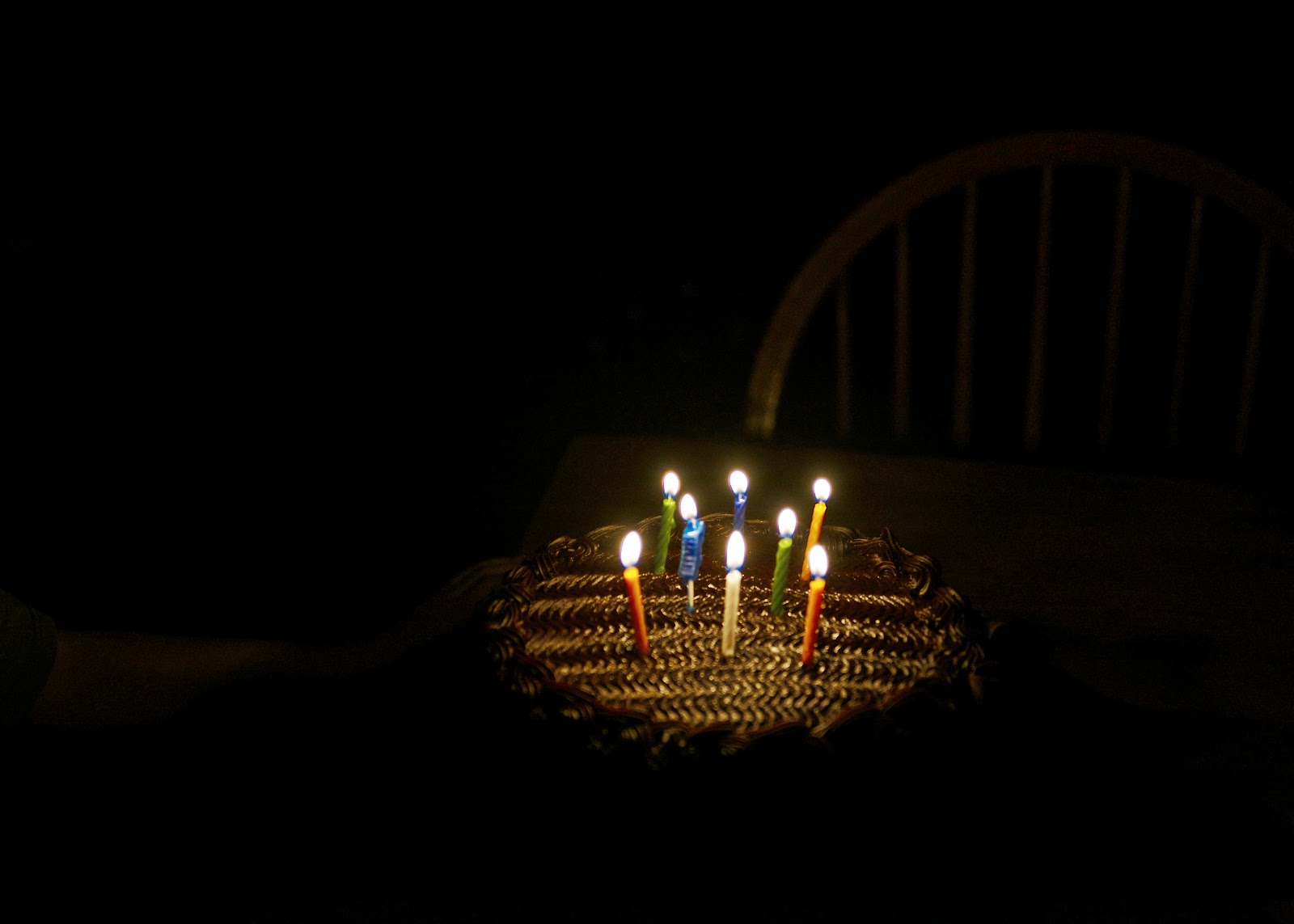 So stay tuned for a Nick blog as soon as we are busted out of the joint!

Back to the rest of the week.  The daily goal in mind was to get Mallory off the oxygen.  Any other ailments can be handled at home.  She's slept a lot.  She's thrown up probably 5 times.  She's "watched" a lot of fishy TV... day and night.  She hasn't smiled in like a week.  I miss my baby girl.  She's just so miserable. 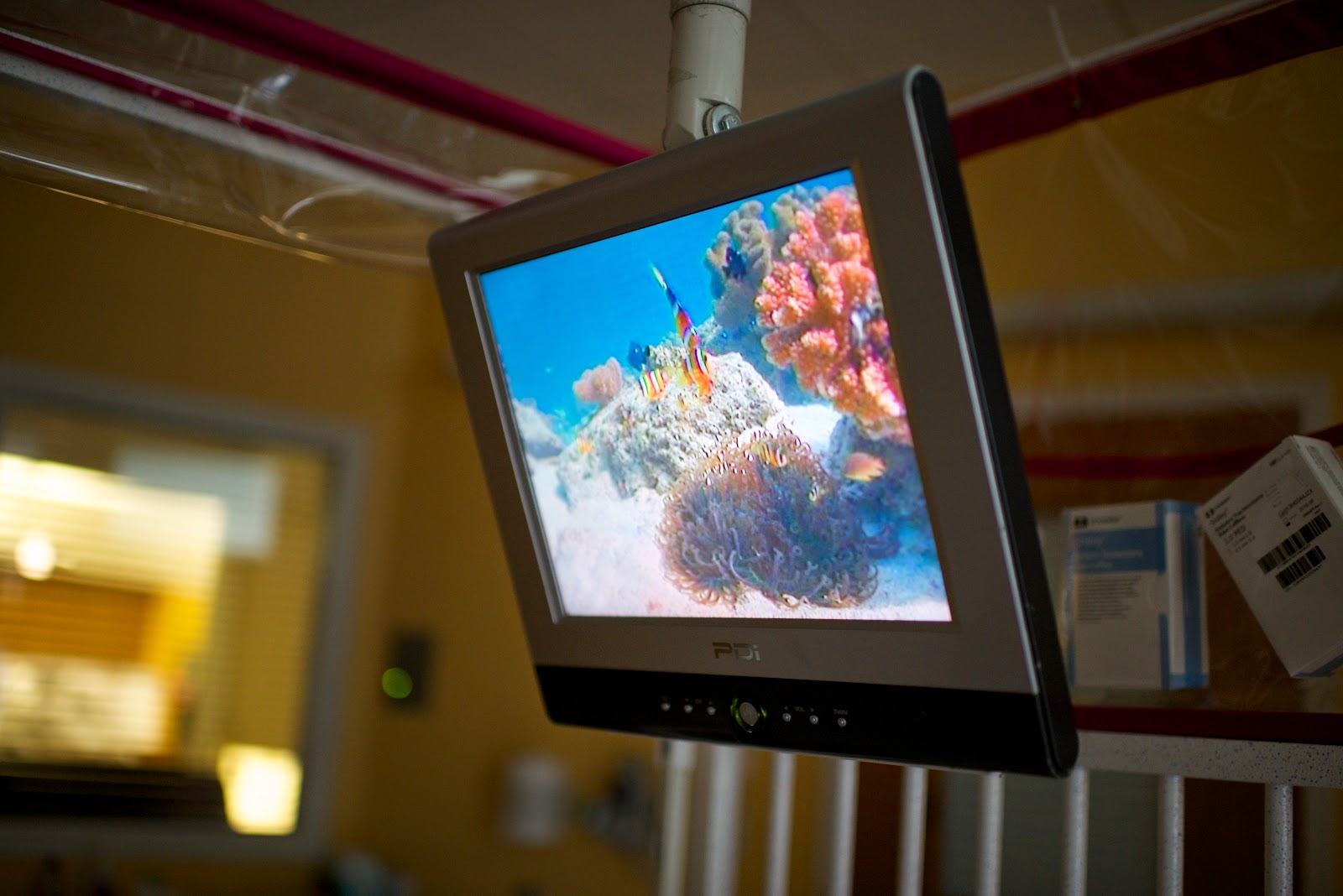 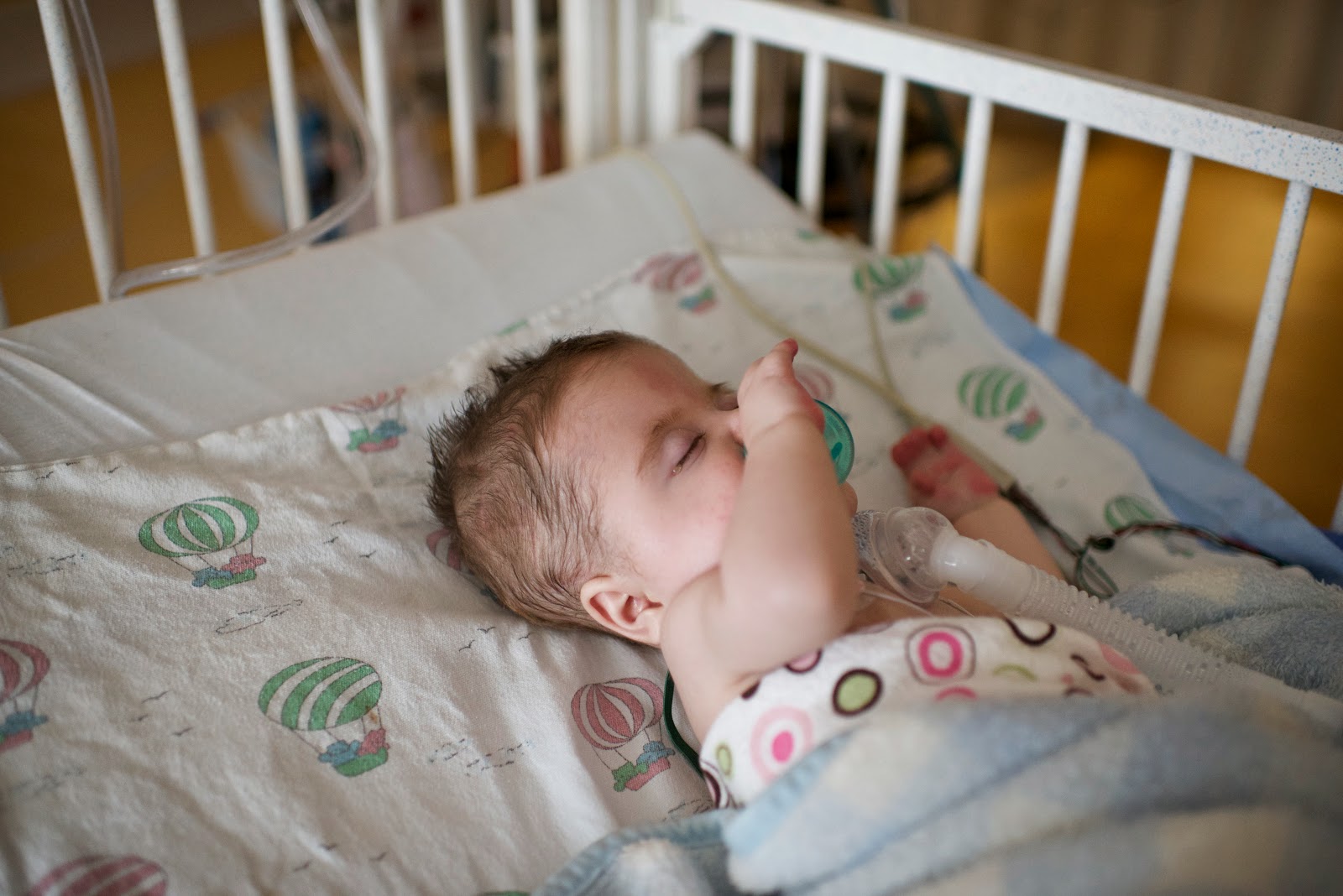 We did have some up moments.  Getting her out of bed and into a high chair was nice.  I was able to get her to eat some apple sauce.  I didn't take her out right away because I wanted to encourage her to play.  I put some toys in front of her.  She had a look of curiosity on her face, but her energy was very low.  Poor peanut. 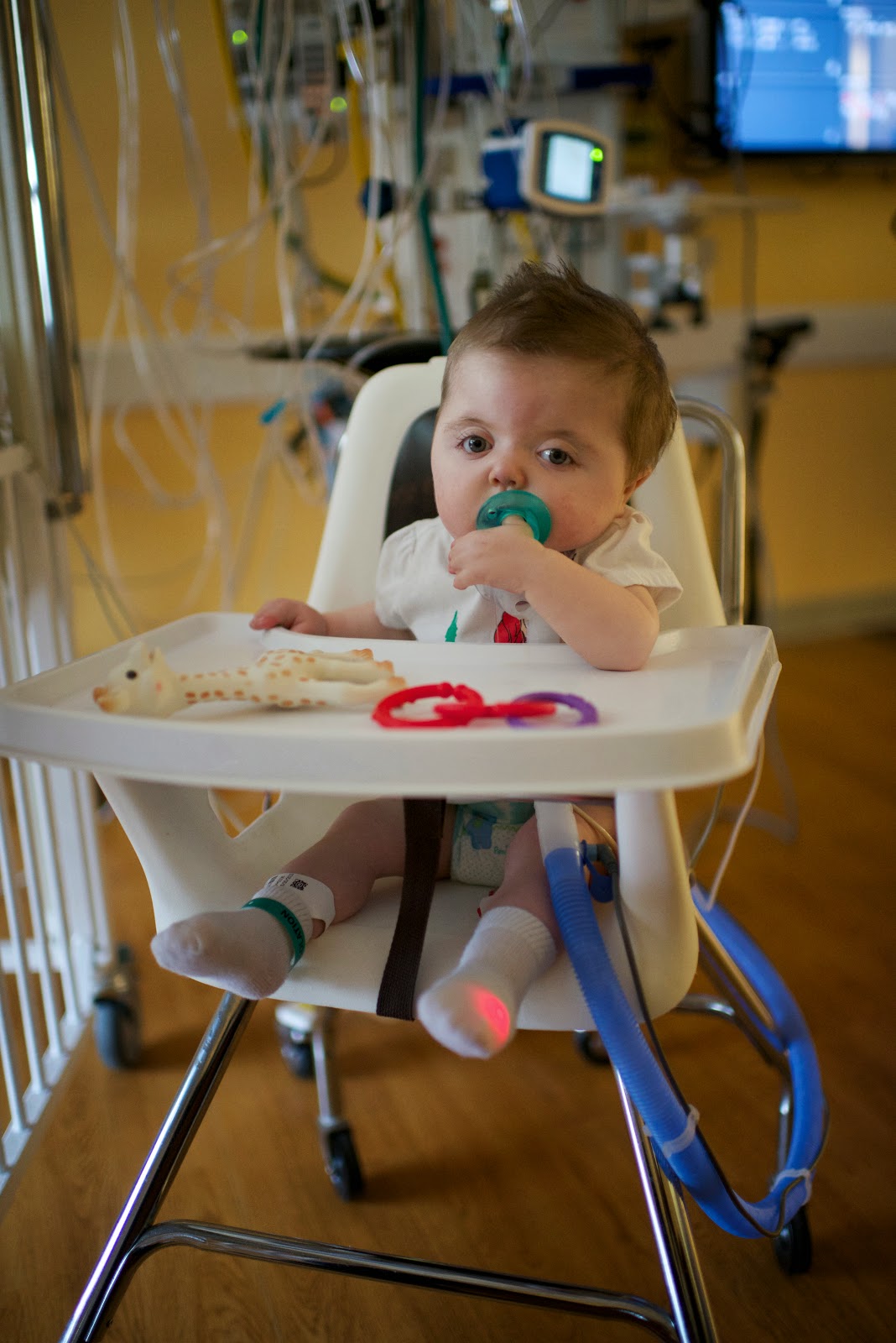 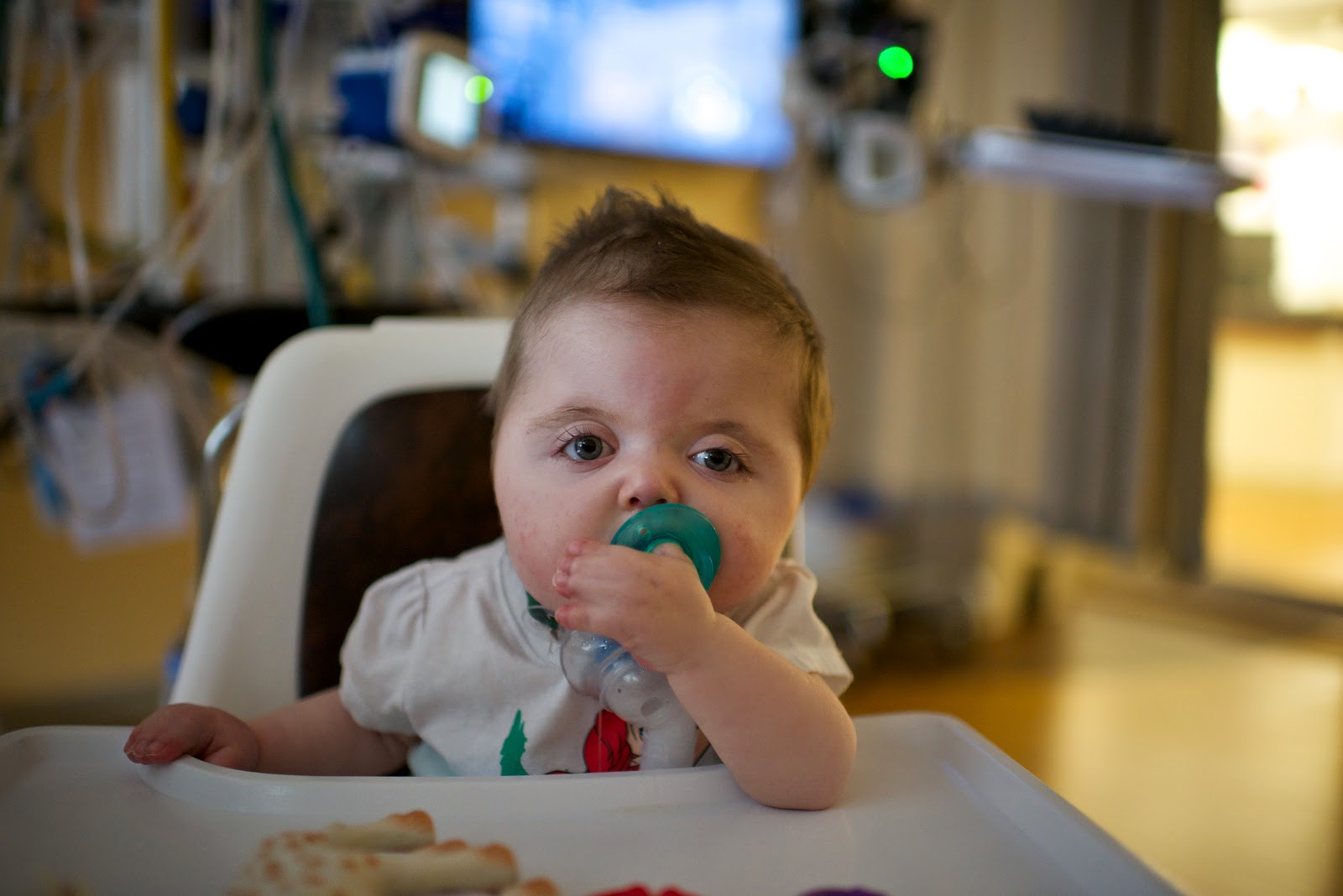 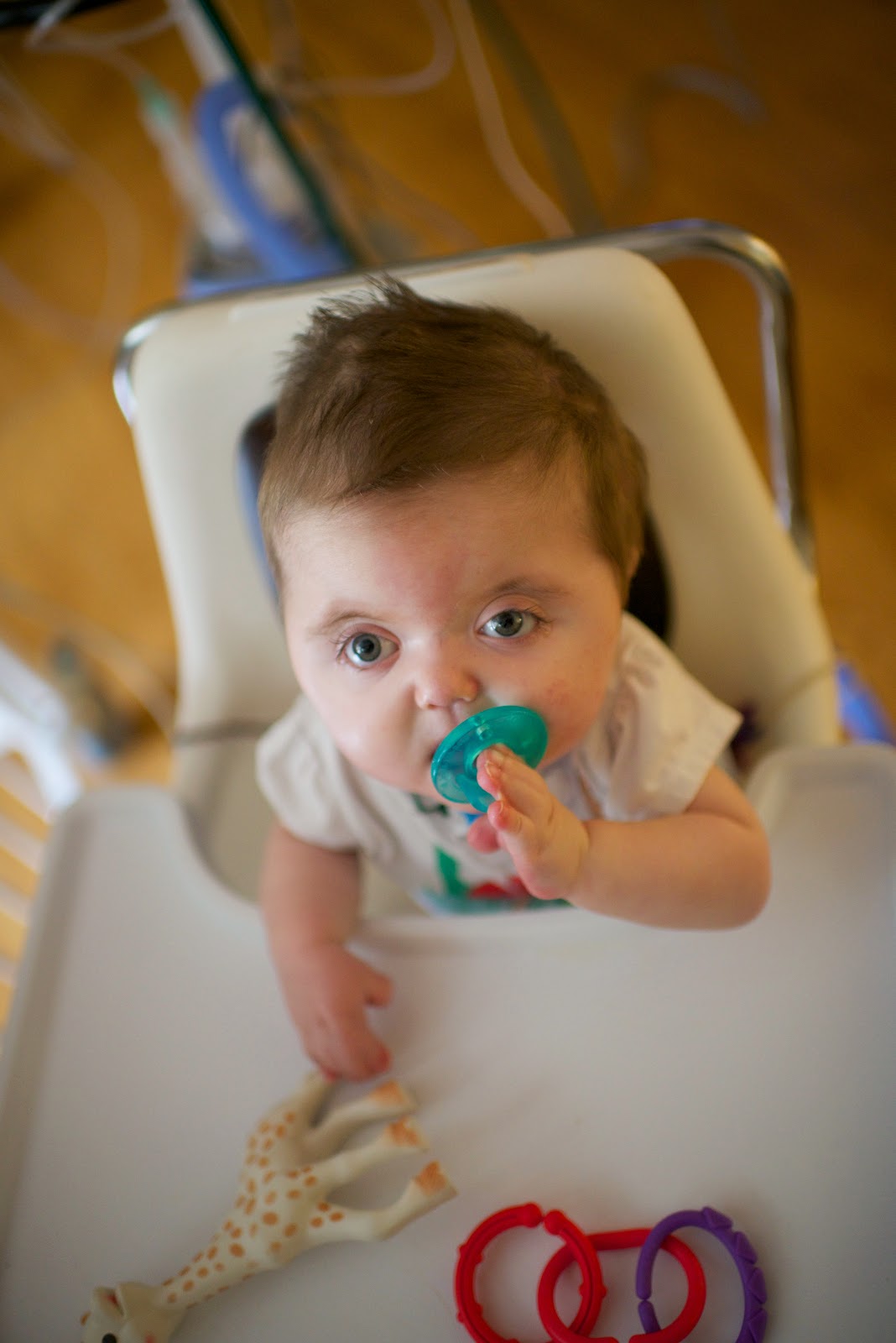 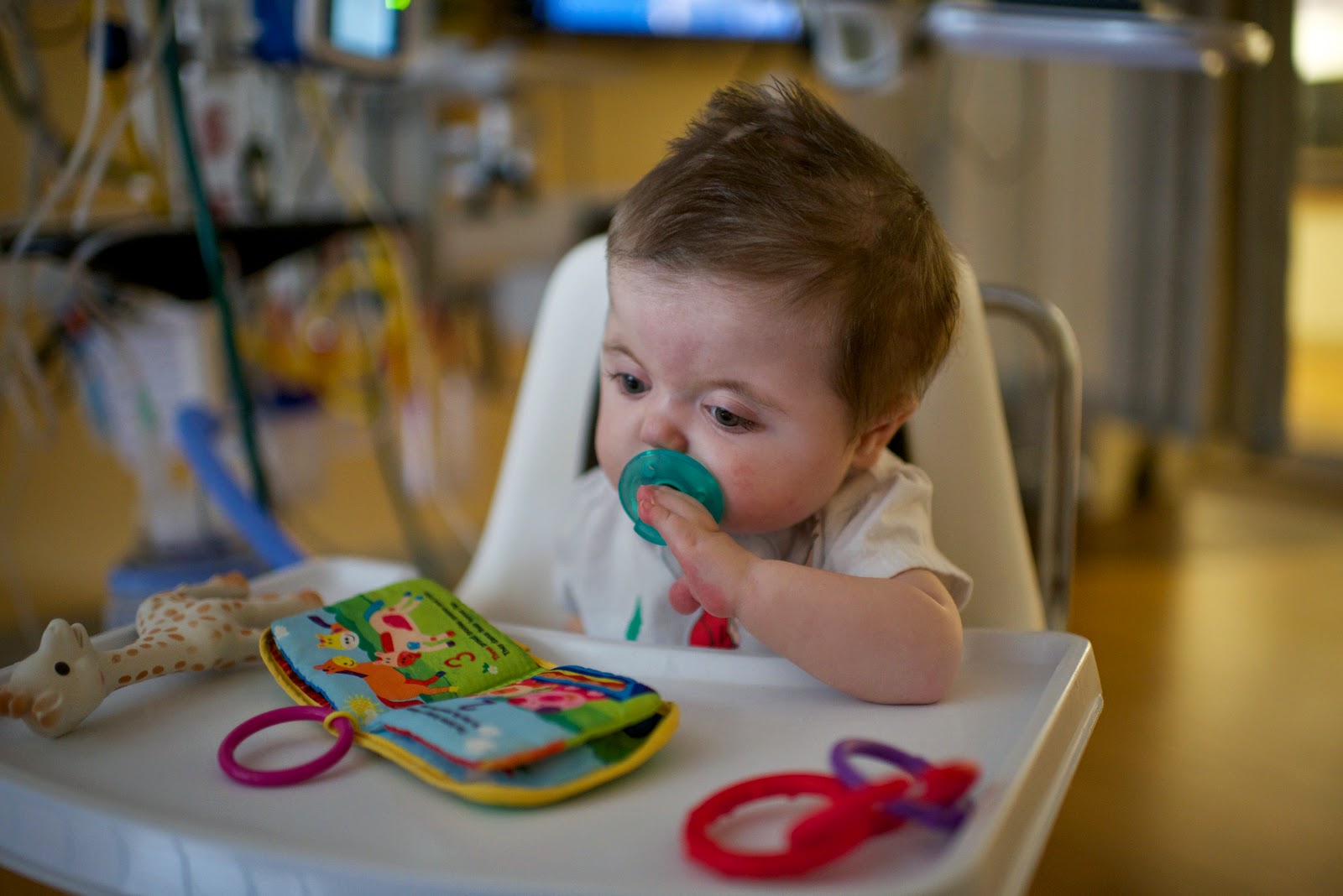 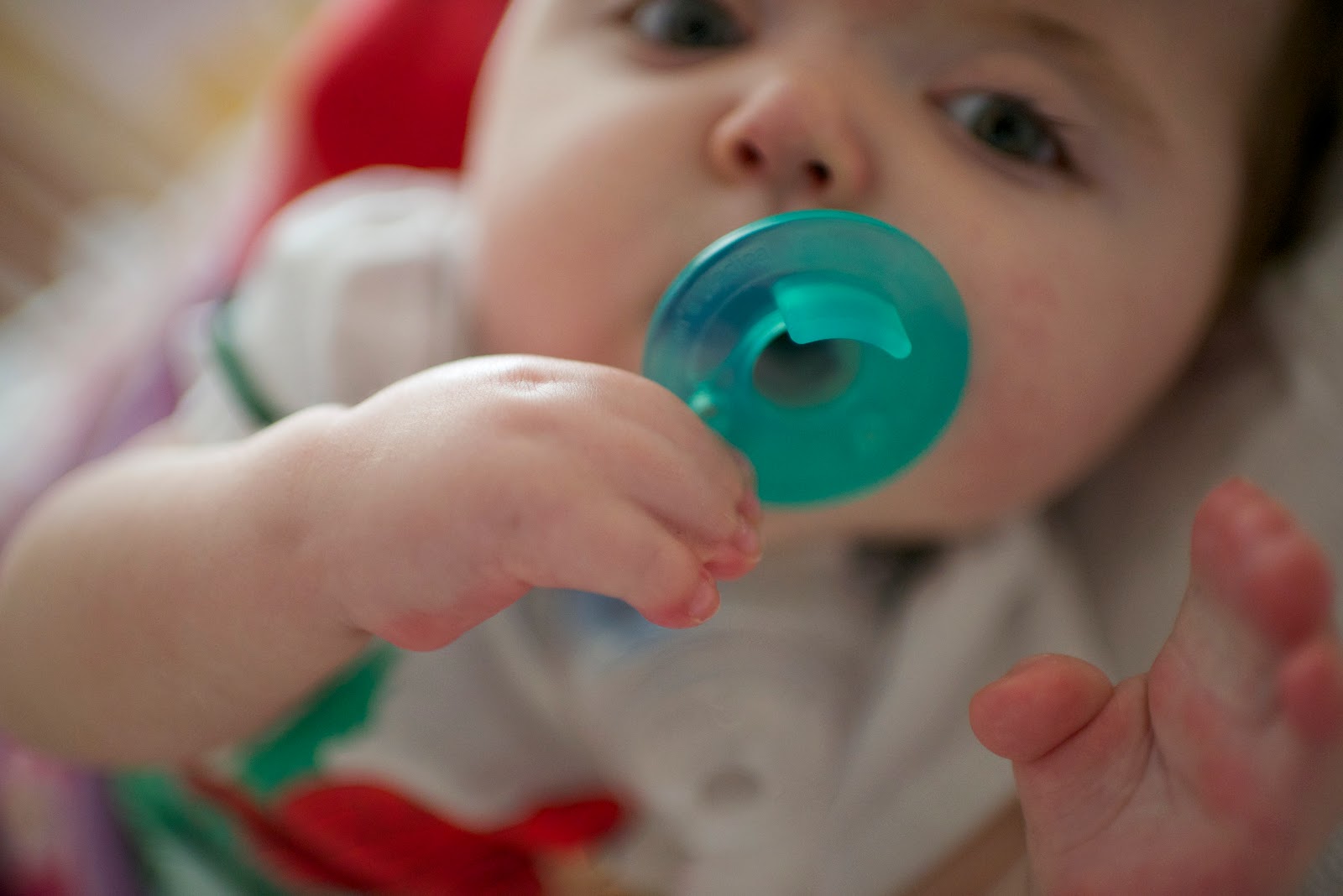 After all that sitting, she was just wiped out.  I just love her "woe is me" body language! 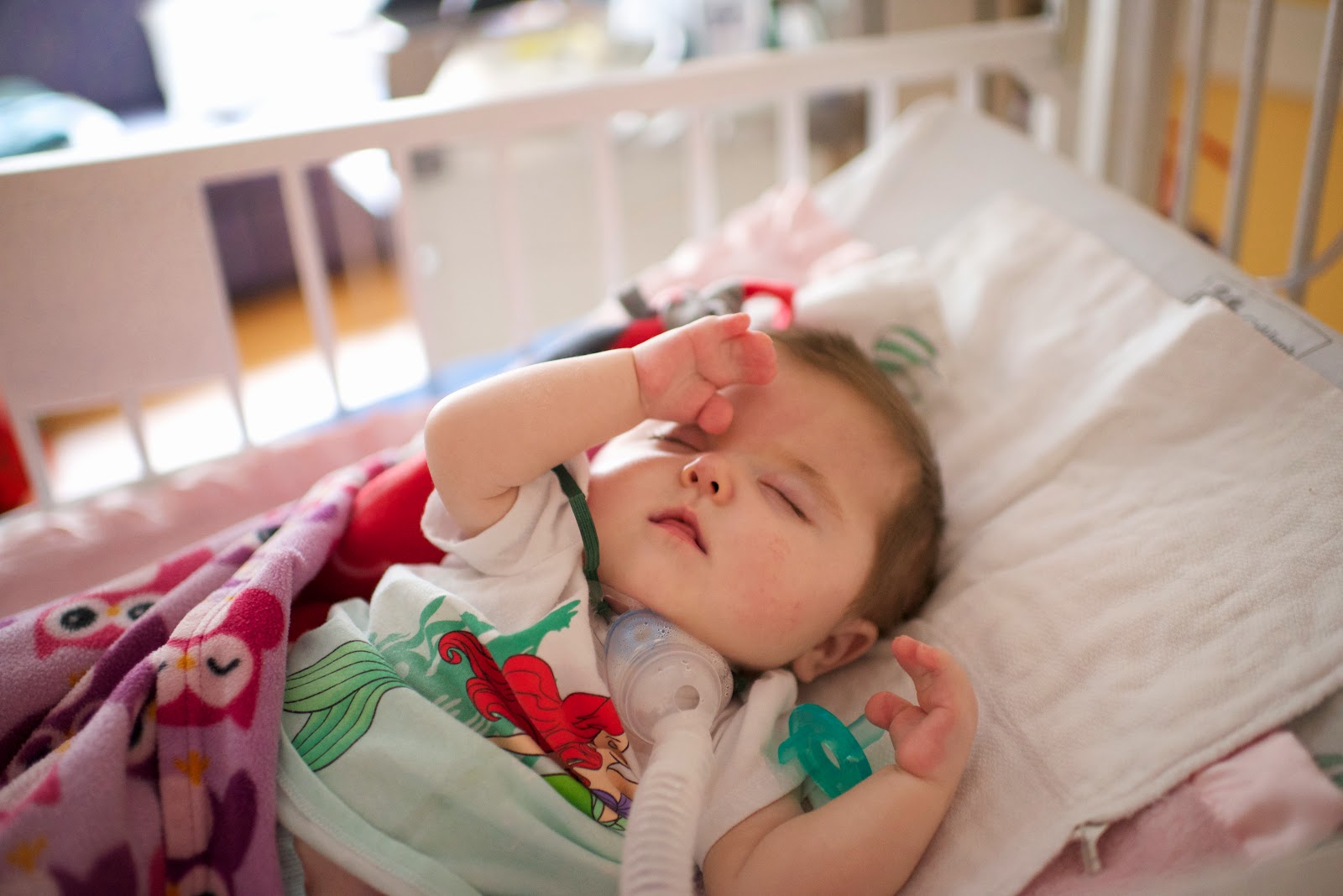 Yesterday we took some steps backwards.  She responded kind of poorly to one of her breathing treatments and has been doing pretty poorly since.  We had been down to 30% fiO2 but have since had to increase it back up.  As I write this, I believe she's at 45%.  Truly a huge bummer.  Her chest x-ray this morning was more hazy than her last.  Her pulmonary doctor believes that the virus may be clearing itself out but that now we may be dealing with a bacterial infection.  So, we started some antibiotics this afternoon.  Although her oxygen levels still aren't where we'd like them to be, she did perk up a bit. 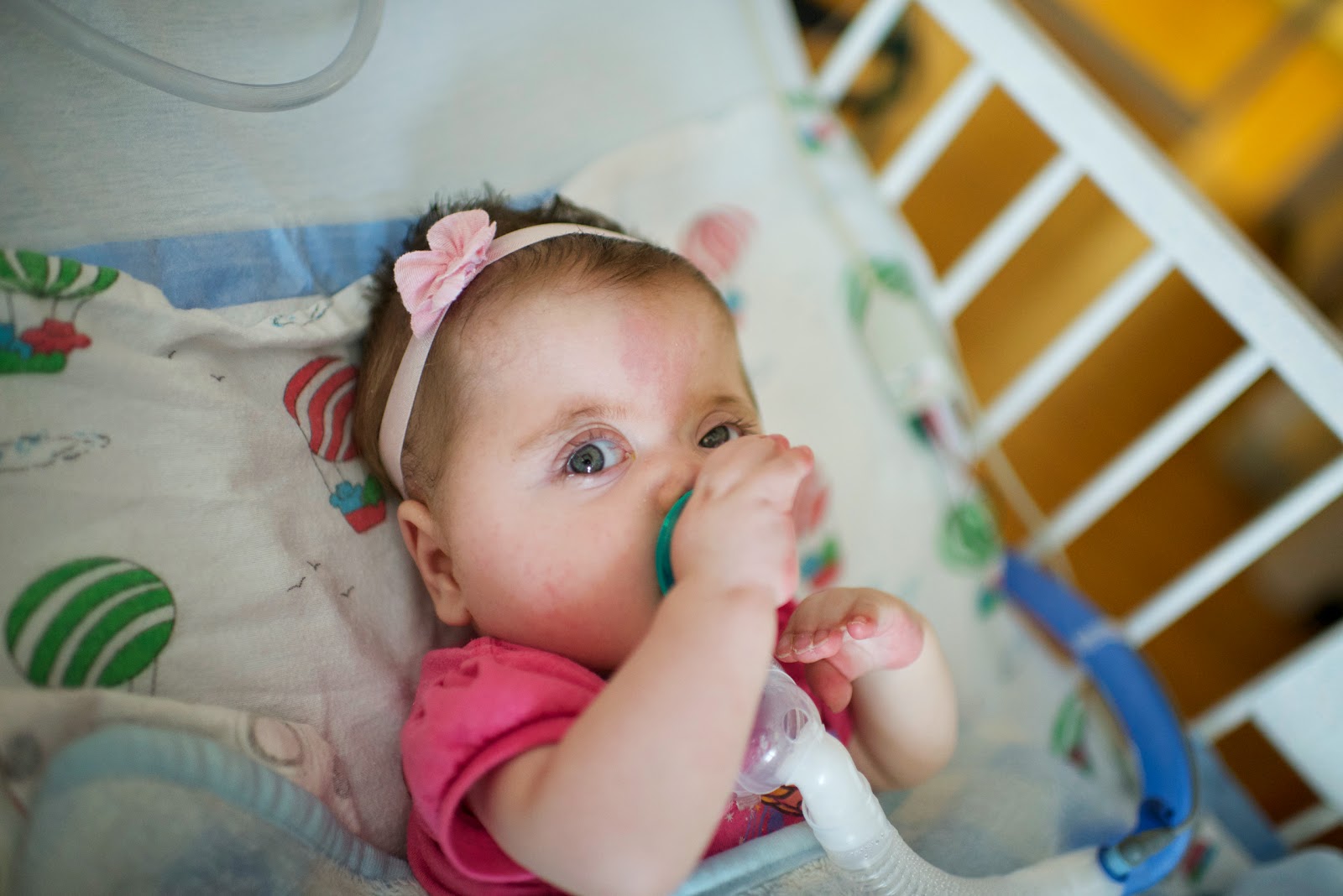 I even caught her playing with toys. 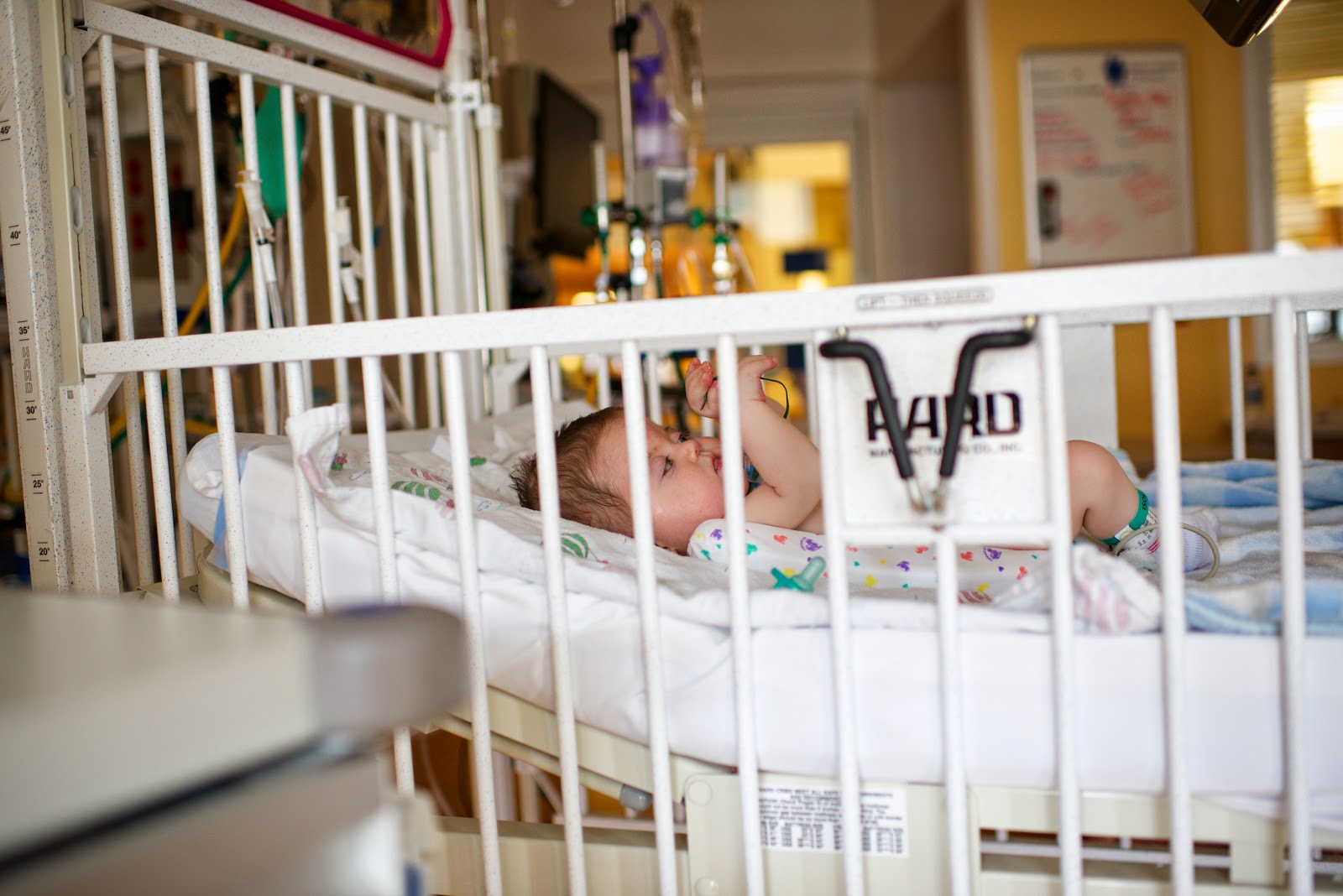 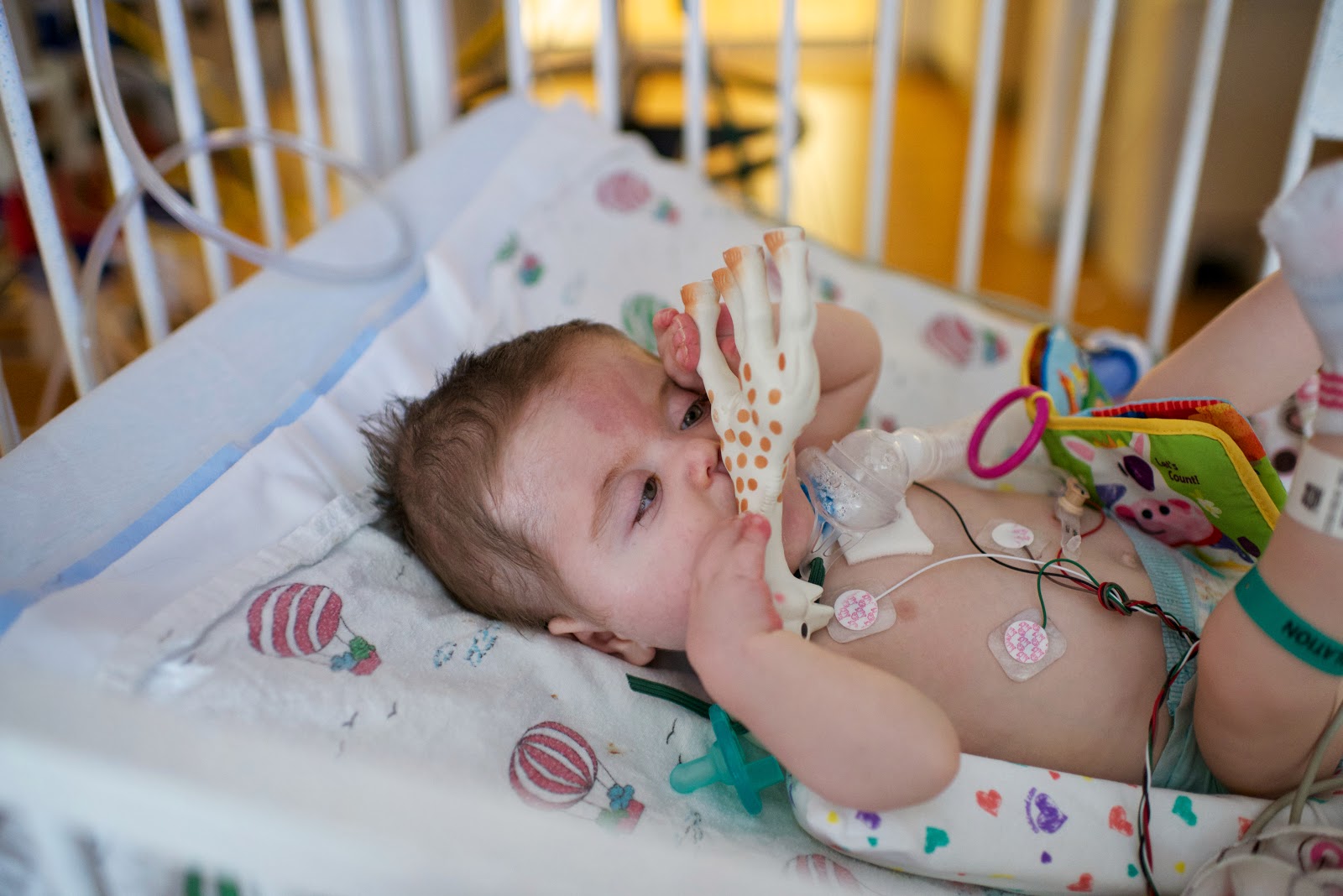 When will our stay end?  I'm not so sure yet.  There was some talk about her possibly being discharged on Saturday with oxygen.  This would obviously be contingent on her not needing anything else that only the hospital can provide.

In the meantime, I'm going to curl up on the rock hard couch, that kind of feels like sleeping on two picnic tables pulled together.  And yes, that crack in between does hurt.  I feel the pain.  I do.

Mallory is a trooper though.  I can see her trying to bust through all of this nonsense.  I hope she isn't down for too much longer!