It's something a busy Mom looks forward to all of the time.  You pray for it.  You search for it.  You cry when don't get it.  Those few moments of silence are music to the ears.  What happens when you get three days of it though?

That's what I got this Memorial Day weekend.  Frank had mentioned going up to the cabin in Minocqua for the weekend.  I wasn't sure it was a good idea since Mallory is set to have surgery in a couple of weeks.  She had just gotten over the wonderful hMPV virus, so I didn't want to expose her to anything else.  We decided though, that it shouldn't stop him and the boys from going.  In fact, it might be fun to have a little boys weekend!  I sure could use a little peace and quiet myself here at the house and Mallory is as quiet as they get!

Drew, J and Nick had early dismissals from school on Friday.  Once they got home, I ran out to the grocery store to get food for the weekend as well as the week ahead.  I had no idea how I was going to spend my time, but I was pretty excited!  I mean, I love my boys, but who doesn't enjoy a peaceful break?  Frank was going crazy trying to get laundry through and get bags packed.  I'm not gonna lie... I was glad I didn't have to partake much in this process.  It looked sooooo grueling!  Once Tyler got home from school, he packed his bag and off they went!

It was an instant quiet.  Obviously.  I mean, when six out of your eight family members leave, the noise volume is expected to change some.  It was almost eerily quiet though.  I kept looking at the kids' bedroom doors, as if one was going to pop out and tell me they wanted to watch a movie or play outside or worst case that they were just hit in the face or something equally as obnoxious.  Nothing.  Silence.  I looked at Mallory and asked her, "now what?"!  She didn't really have any ideas though.  So we just played on the floor. 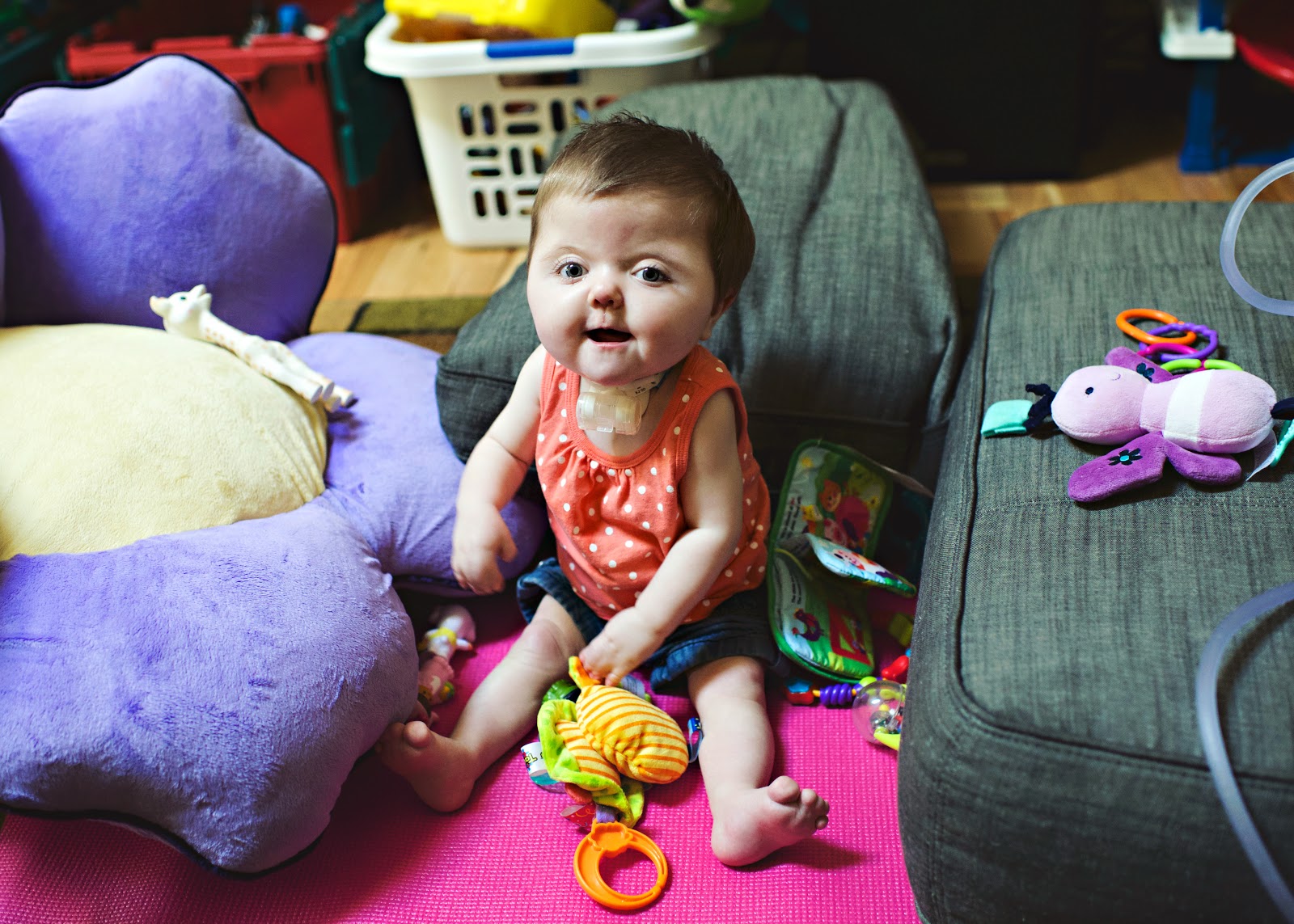 Because I'm sure everyone is super interested and no one sees anything I post on Facebook, I thought I'd share what I had for dinner.  I decided to keep it light.  A nice avocado, tomato and grilled corn salad with Honey Lime Dressing and a Pillsbury crescent roll (or two... or three.. don't judge) on the side.  (Here's the recipe if anyone would like it - Grilled Corn, Avocado and Tomato Salad with Honey Lime Dressing.)  It looked nice and fresh and tasted good too! 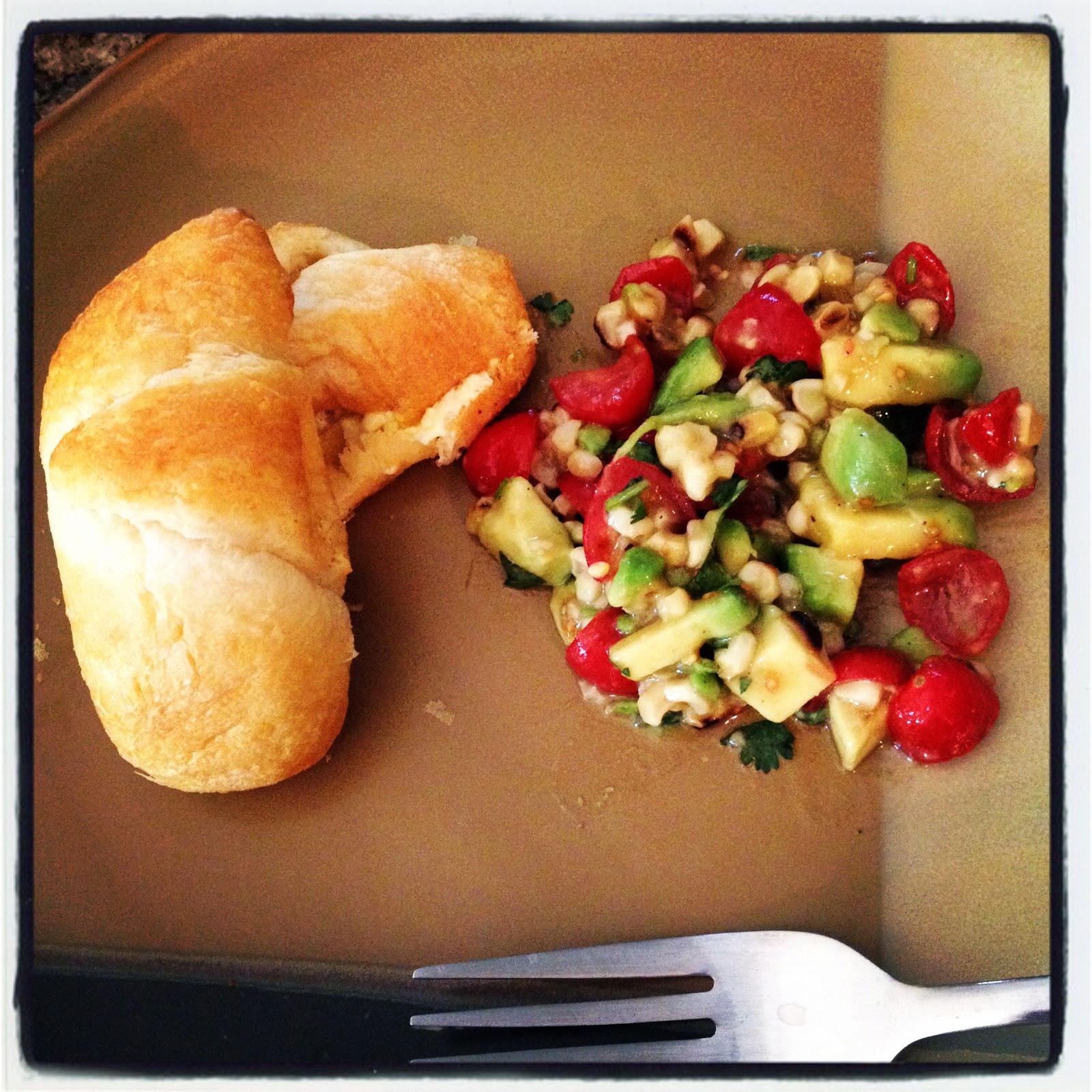 After that yummy dinner, some dishwashing, some toe nail painting and a cinema choice of Pitch Perfect, I was off to sleep. 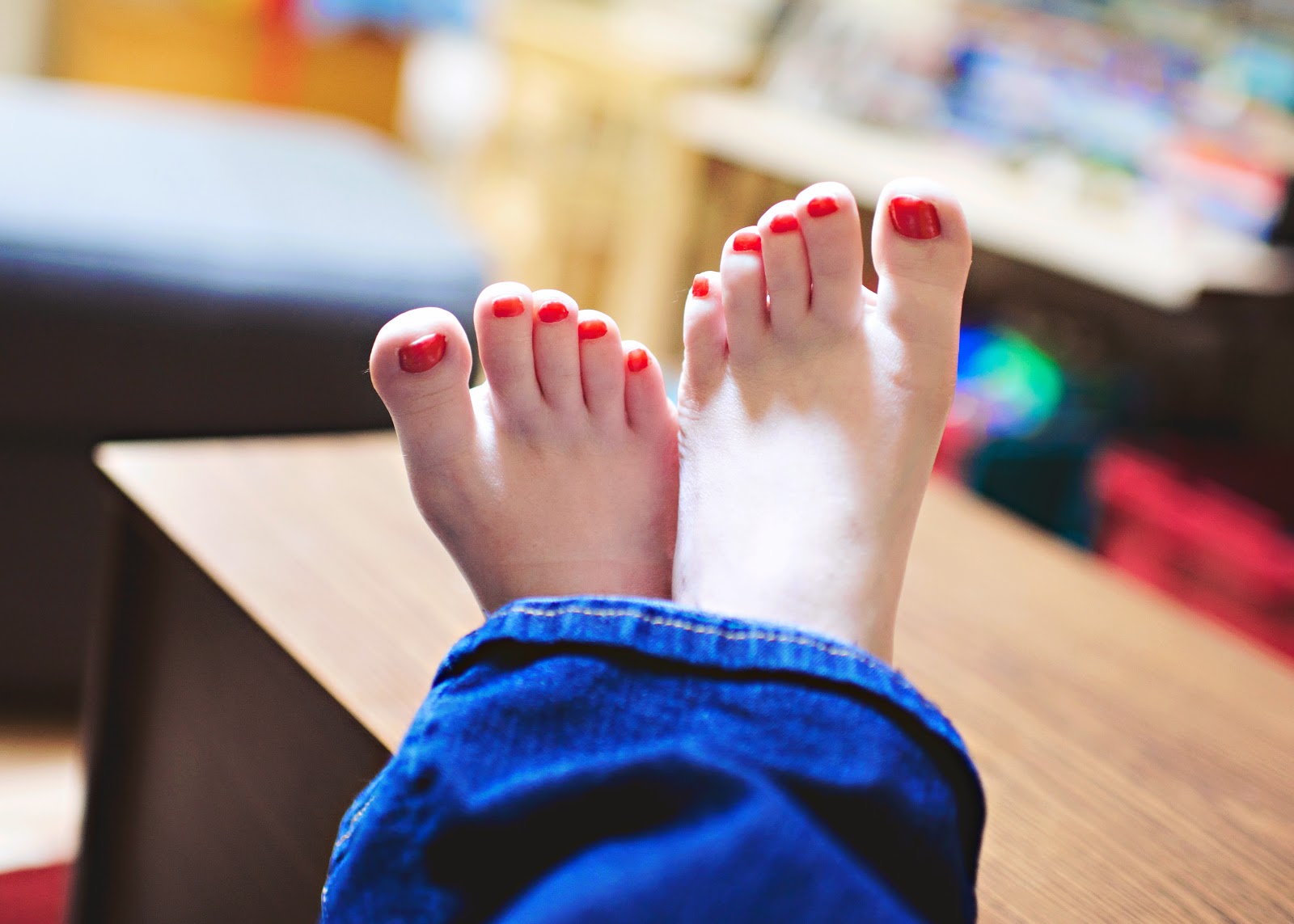 Saturday morning was incredible.  Although I did have to get up probably four or five times to suction Miss Mallory, we didn't officially get up until 8:30.  No interruptions.  No one doing the spider fingers on my face to get me to wake up.  No one kicking the wall on the other side of my bedroom.  More silence.  I got up and did Mal's cares and fed her her breakfast and then made myself some eggs.  It was calm.  It was peaceful.  It wasn't hurried.  I swear, it was pure heaven.

My mom had wanted to come over that day, which was pretty exciting to me.  I could actually have a conversation with someone with out being interrupted with a story about Halo guys.  Over the years, I've become a terrible talker.  I stumble over words.  I forget what I'm saying mid sentence.  Every now and then I even combine two completely different topics into one thought.  It's ridiculous. It makes me feel like I should be in a padded room.  I've realized, though, that this is a side effect.  A side effect of always being interrupted.  They make me turn into a crazy, stumble worded freak of a human.  Thanks, kids, thanks.

Anyway, when my mom arrived, we had some lunch (thanks, Mom!) and then headed out for some light shopping.  We picked out some cute jammies for Mallory.  Quentin needed some too, so I got him a few pairs.  I got Mallory a bathing suit and a new dress for her birthday.  Oh... and some shoes!  Love me some old school jellies! 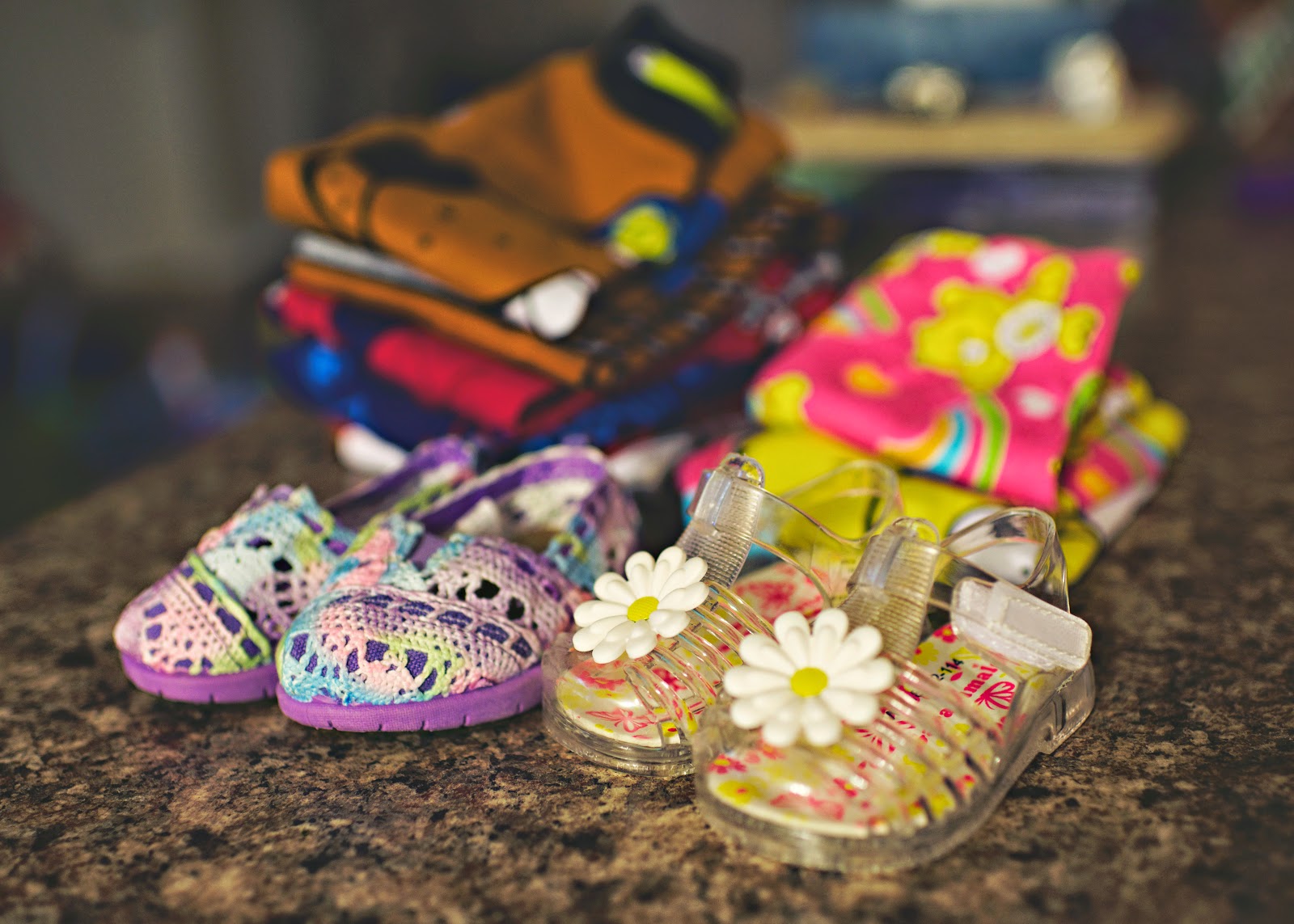 It was a blast!  We had picked up some pre-cooked ribs to have for dinner along with some potato salad.  They were totally yummy!  It was a really great day!  After my mommy left, I got Mallory ready for bed and then I watched a chick flick.  I don't remember which one.  I watched a few of the pointless chick flicks out there this weekend... like Notting Hill or Raising Helen.  I had myself an ice cream cone and then it was off to bed again!  Another night to enjoy some quietness.  This time though, it seemed too quiet. 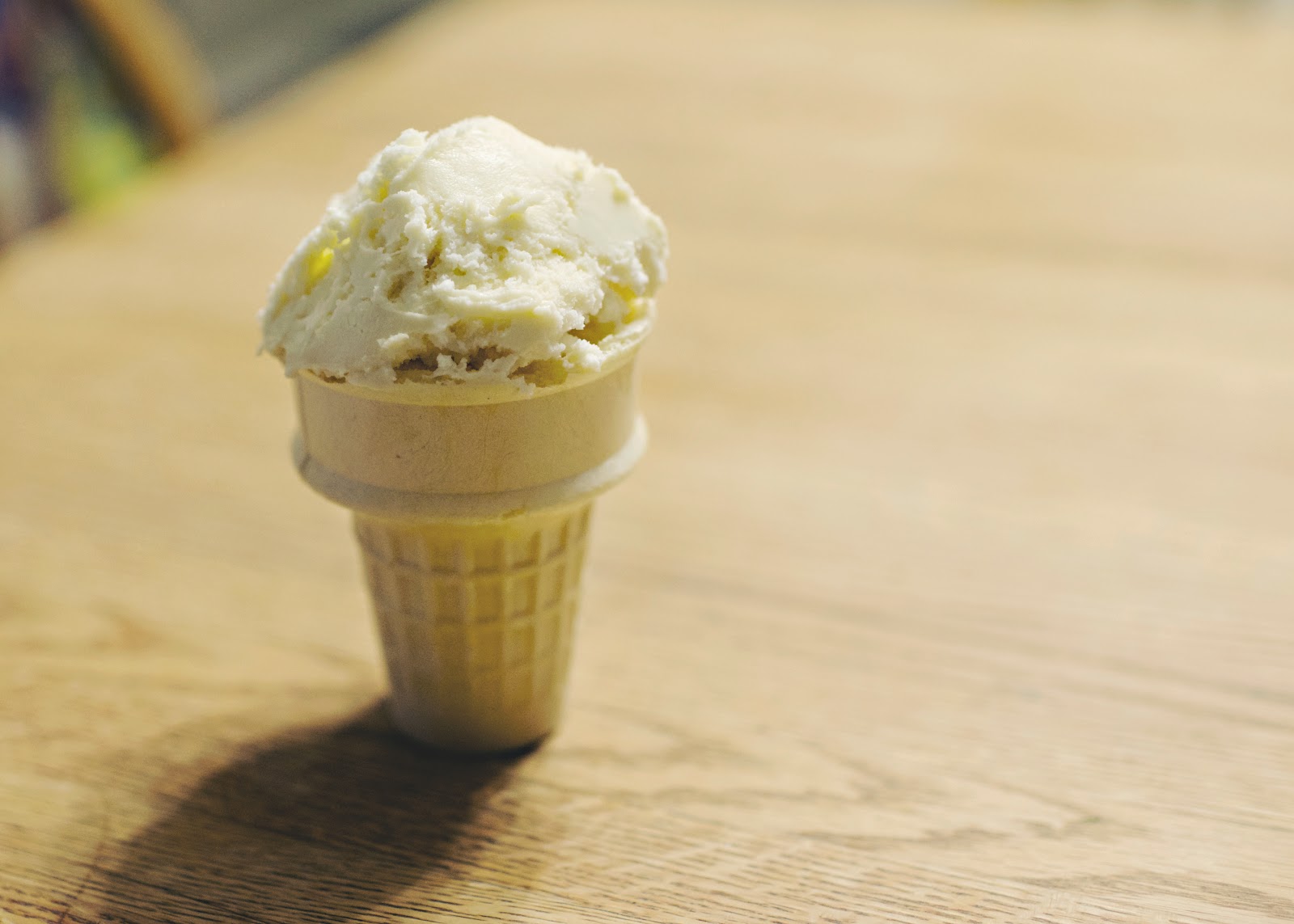 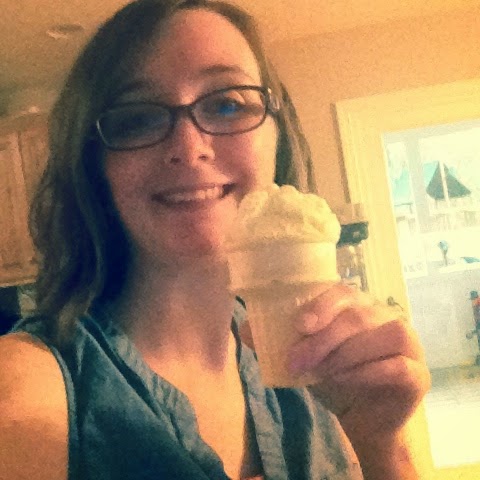 Sunday morning I woke up around the same time as I would have if the kids were home.  Around 7:30-8am.  I knew my family was having a BBQ but I hadn't decided if I should go.  I wanted to go but wanted to keep Mallory healthy too.  After breakfast, I talked to my twinnie for a little bit and then decided, "to hell with it, I'm going!".

I spent a few hours getting ready and getting Mallory ready.  We had some time to chat with each other and to eat some Doritos. 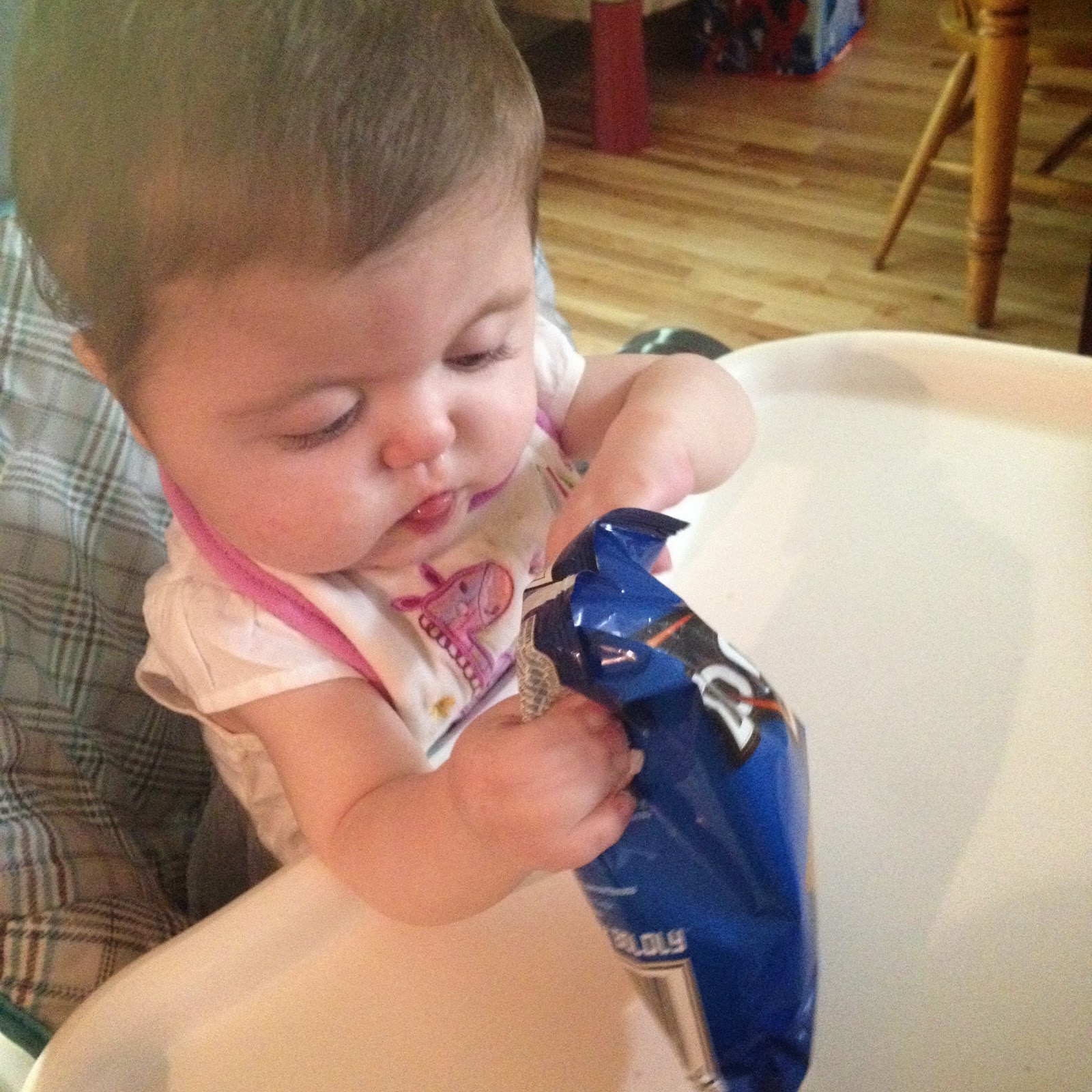 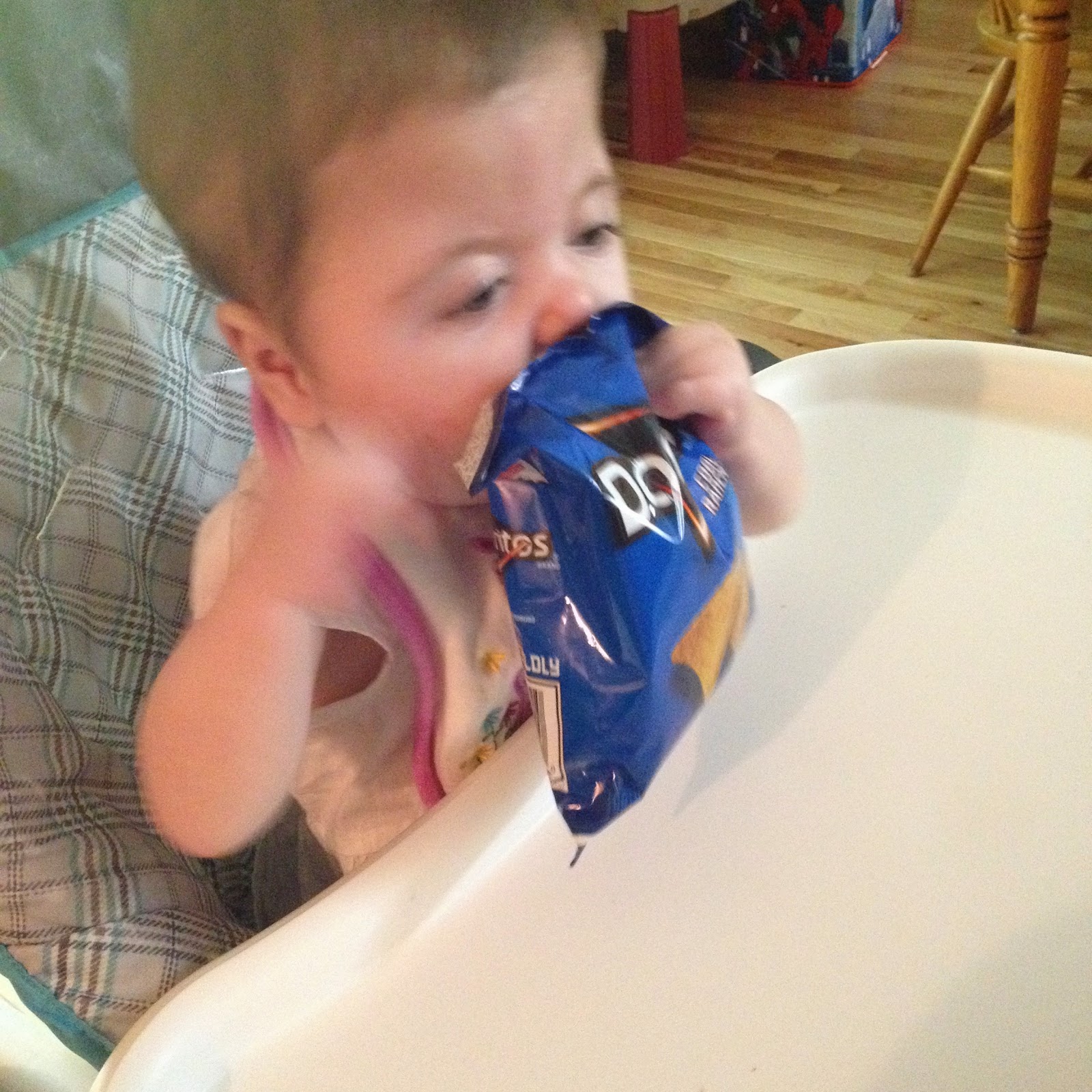 Then it was off to Westmont!  I love seeing my family.  They are like an hour and a half away now, but the drive is so worth it!  I wish I had taken the time to take a few more photos, but it just means I was busy chatting and hanging out!  Mallory got to meet a few more family members she hadn't met yet too, like my Aunt Patty, her step-daughter Meghan, my Aunt Kim and Uncle Joe, my Uncle Roy (who hosted the shin dig), my cousin Caitlyn, my Uncle Mike, my Uncle Bill and my cousin David. 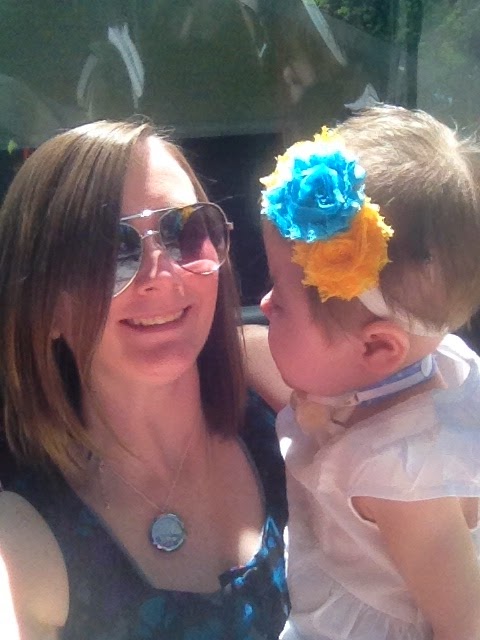 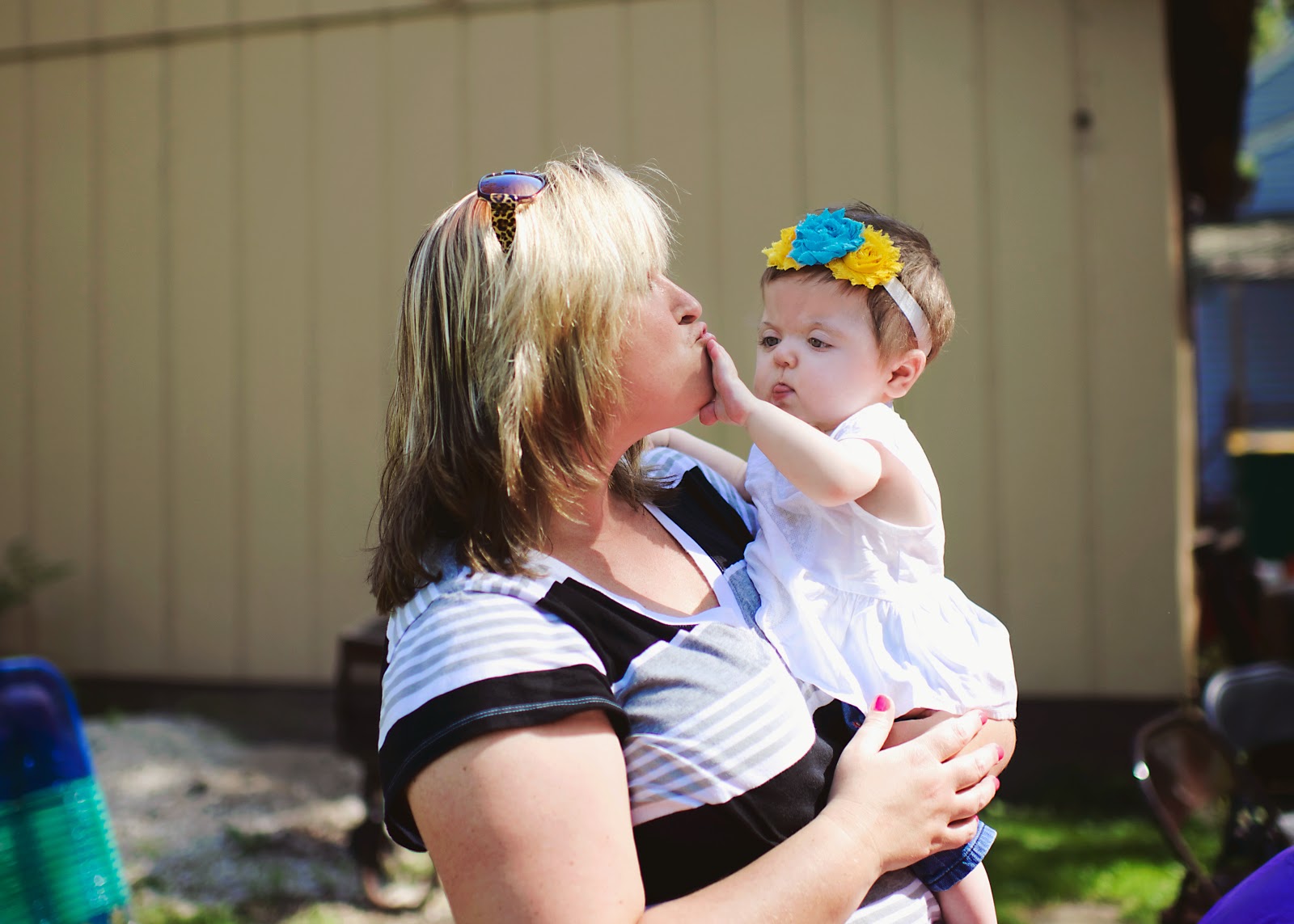 My Uncle Roy sent me home with a TON of left overs too!  Friggin' tasty left overs might I add!  (Thanks, Uncle Roy!)  I said it in my last blog and I'll say it again... I love my family and I need to see more of them! 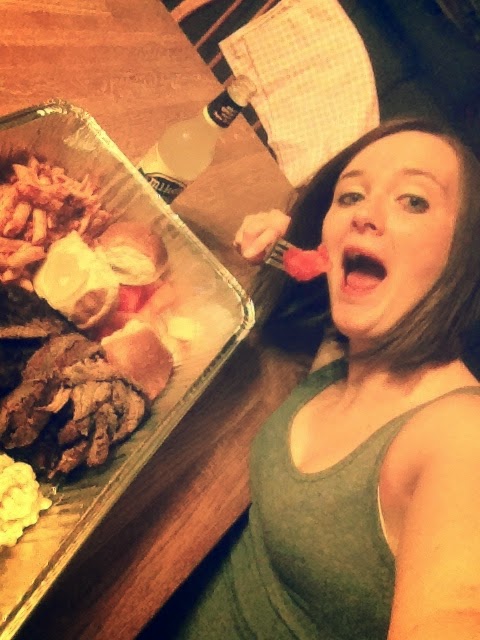 That night, I fell asleep watching TV and woke up in the morning to the Paw Patrol theme song.  Quentin's favorite show.  I missed my boys.  Yet they still weren't here.  I knew they'd be home that day, but closer to dinner time.  It was everything I could do to pass the time.  I took my time with Mallory's cares.  I played around on the internet.  Watched Dr. Phil and The People's Court.  I did some house work.  Folded laundry, ran the dishwasher, started more laundry, made our bed (which never happens), swept the floors, took out the garbage... everything.  I even found myself a DIY Pinterest idea to make some red, white and blue candles out of rice in honor of Memorial Day.  They came out quite nice! 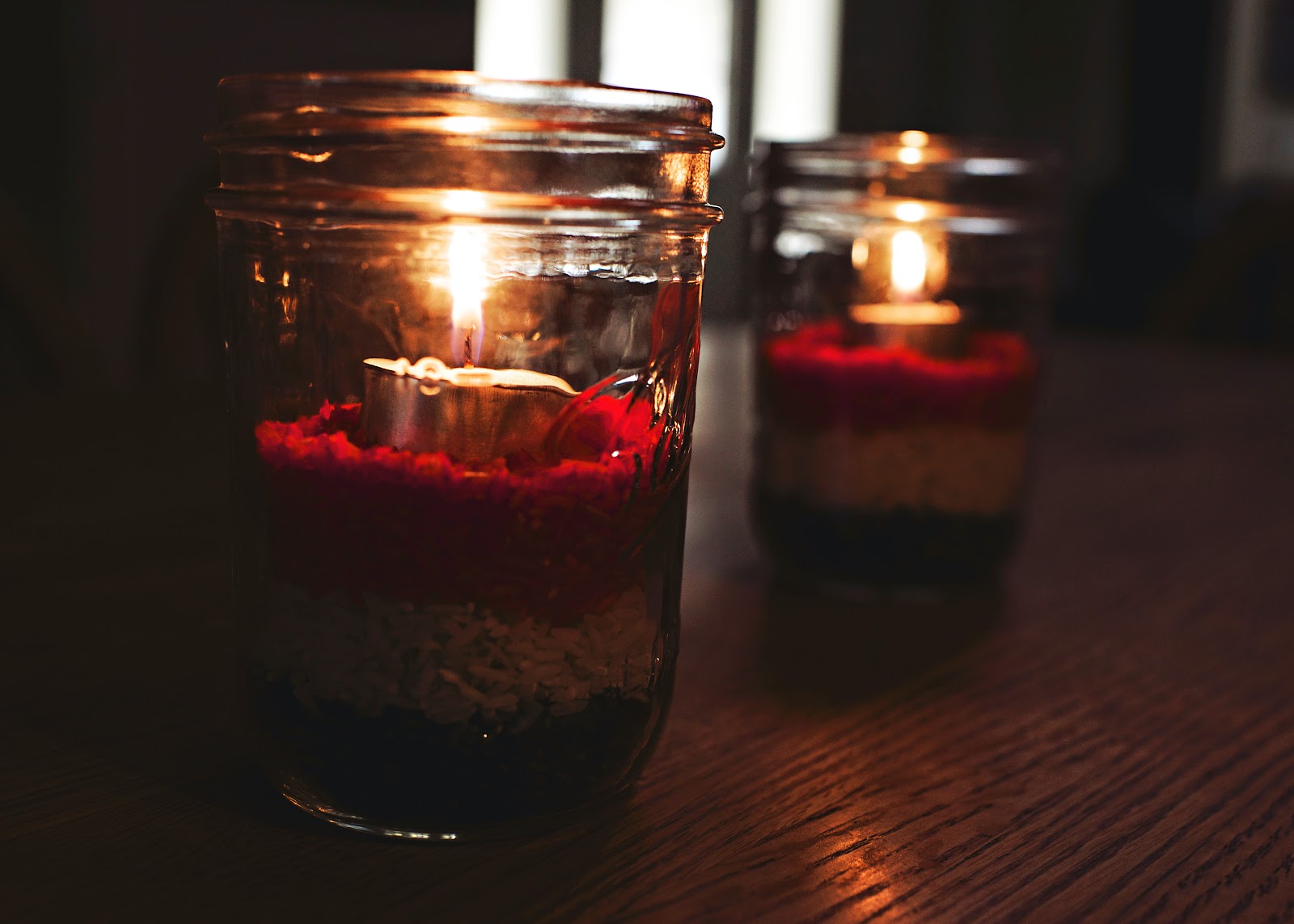 Then, finally, the car pulled into the drive way.  All my boys were back!  Quentin waved at me and said, "hi!".  Nicholas gave me a big hug.  I helped unload the car and made my way back in the house alongside of them all.  Quentin's first stop was to blow out my new awesome Memorial Day candles while saying, "yay!", like they were birthday candles.  I just laughed it off because I'd missed his awesome quirks!  All the kiddos were nicely red or tan from the sun.  They had lots of excitement pent up and stories to tell.  It was fantastic.  My life was filled with noise again!  I never thought I'd miss it so much but I did!

And what were they doing while I was doing my best to keep myself busy all weekend?

Jeremiah and Andrew went knee boarding for the first time and it was caught on tape!  So proud of my boys!


Then there was lots and lots of tubing!

There's some here with Tyler and Andrew and Tyler and Nicholas (photos courtesy of my awesome brother-in-law, Mark!)... 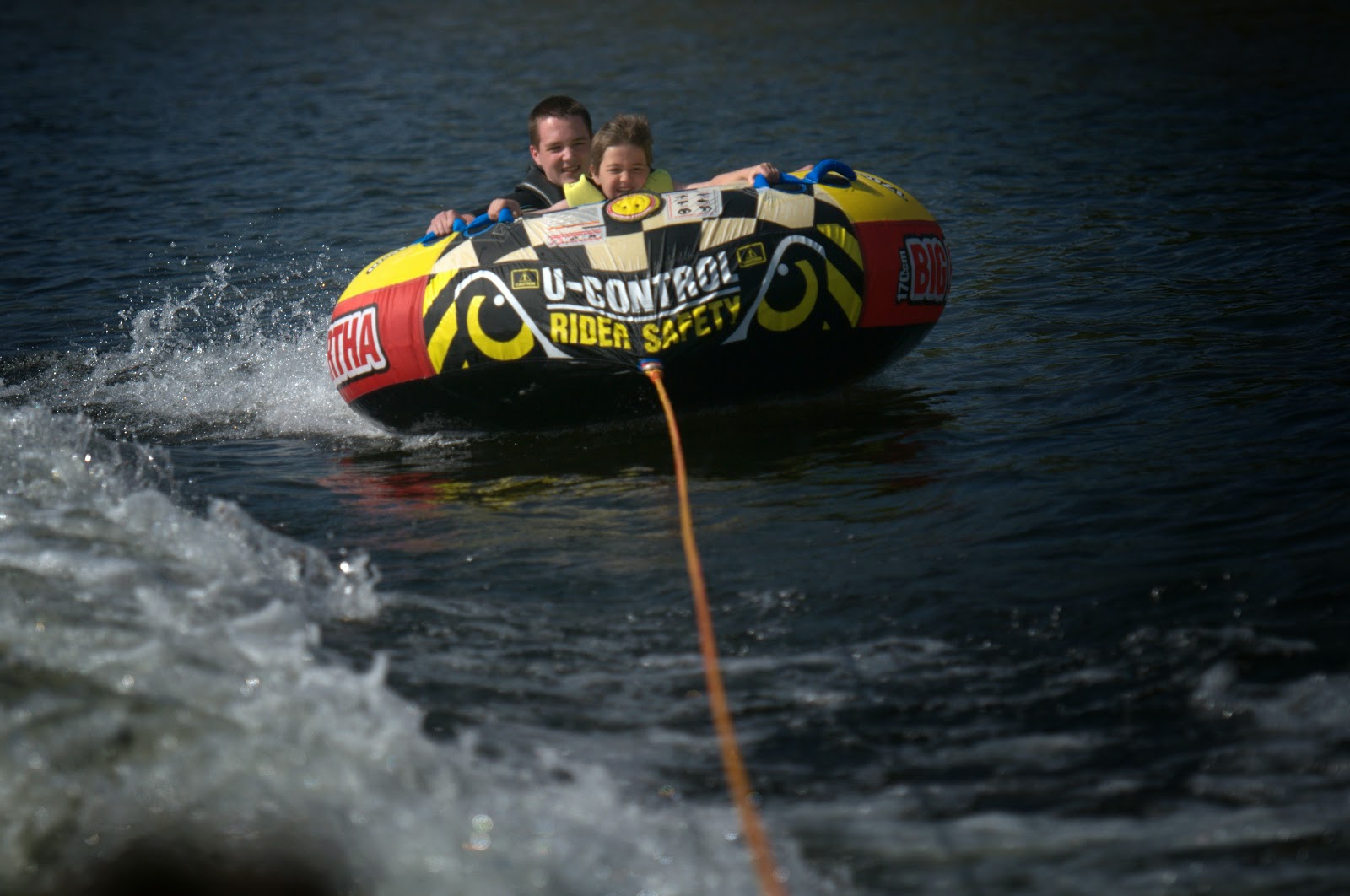 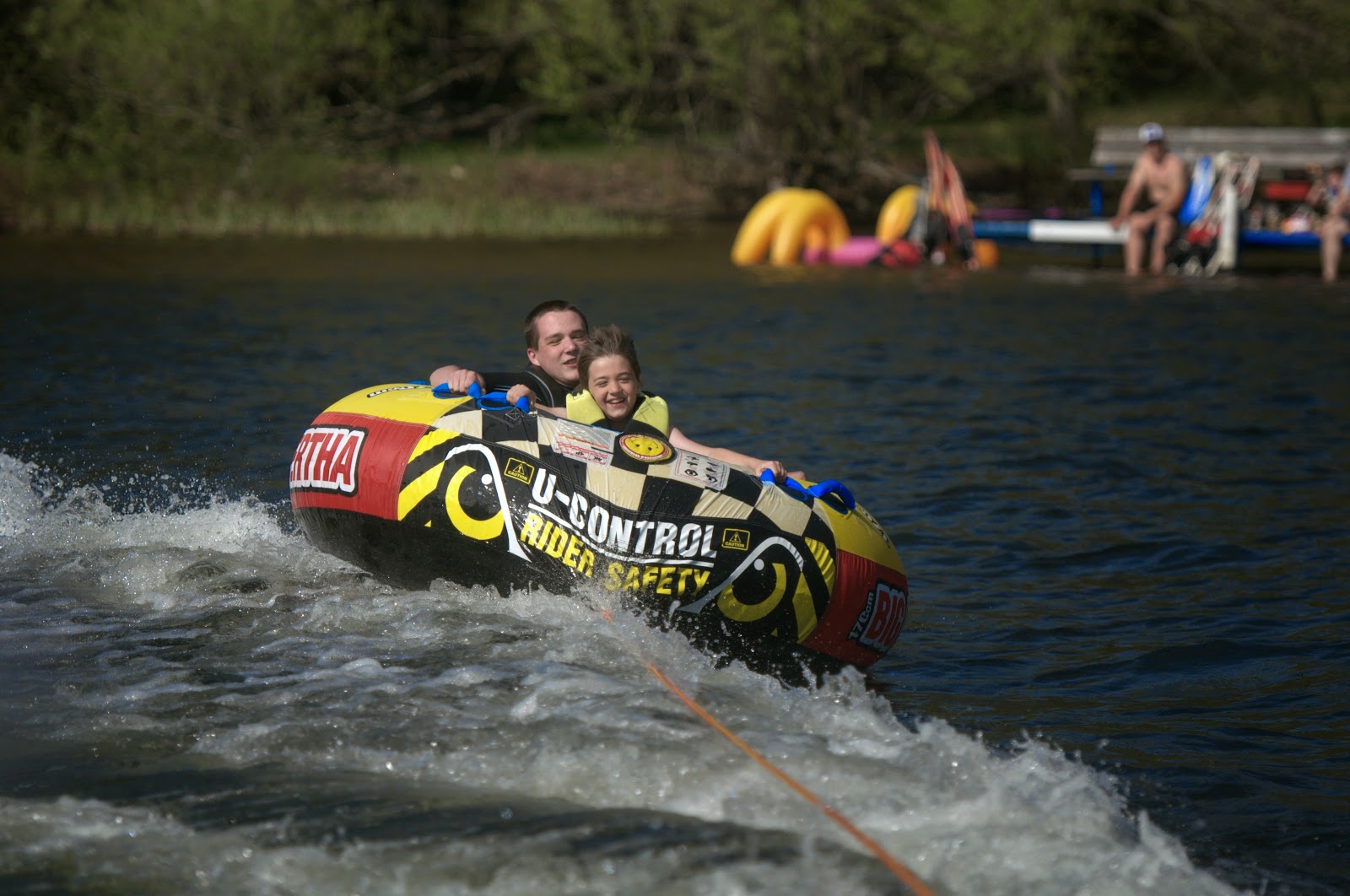 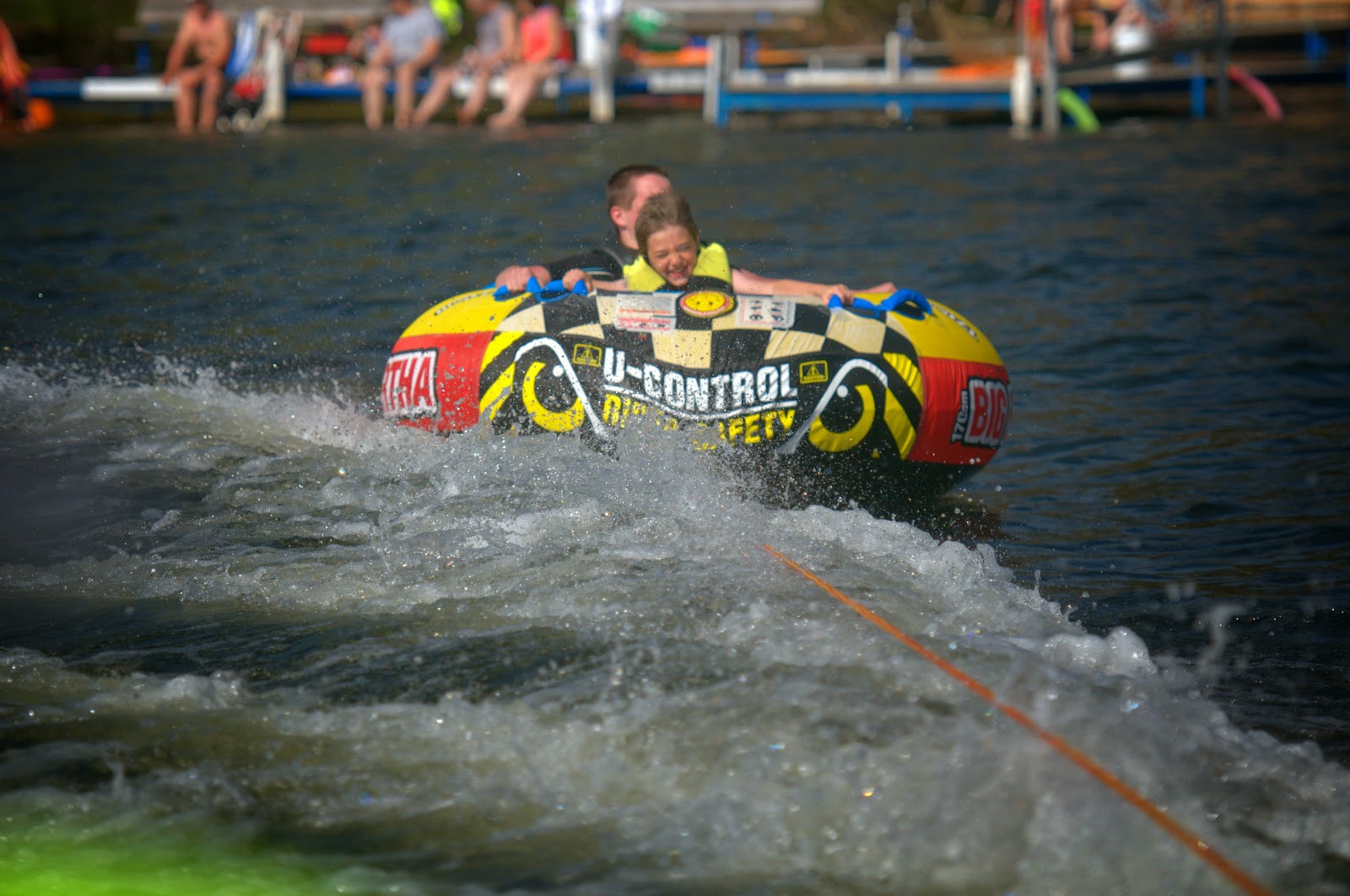 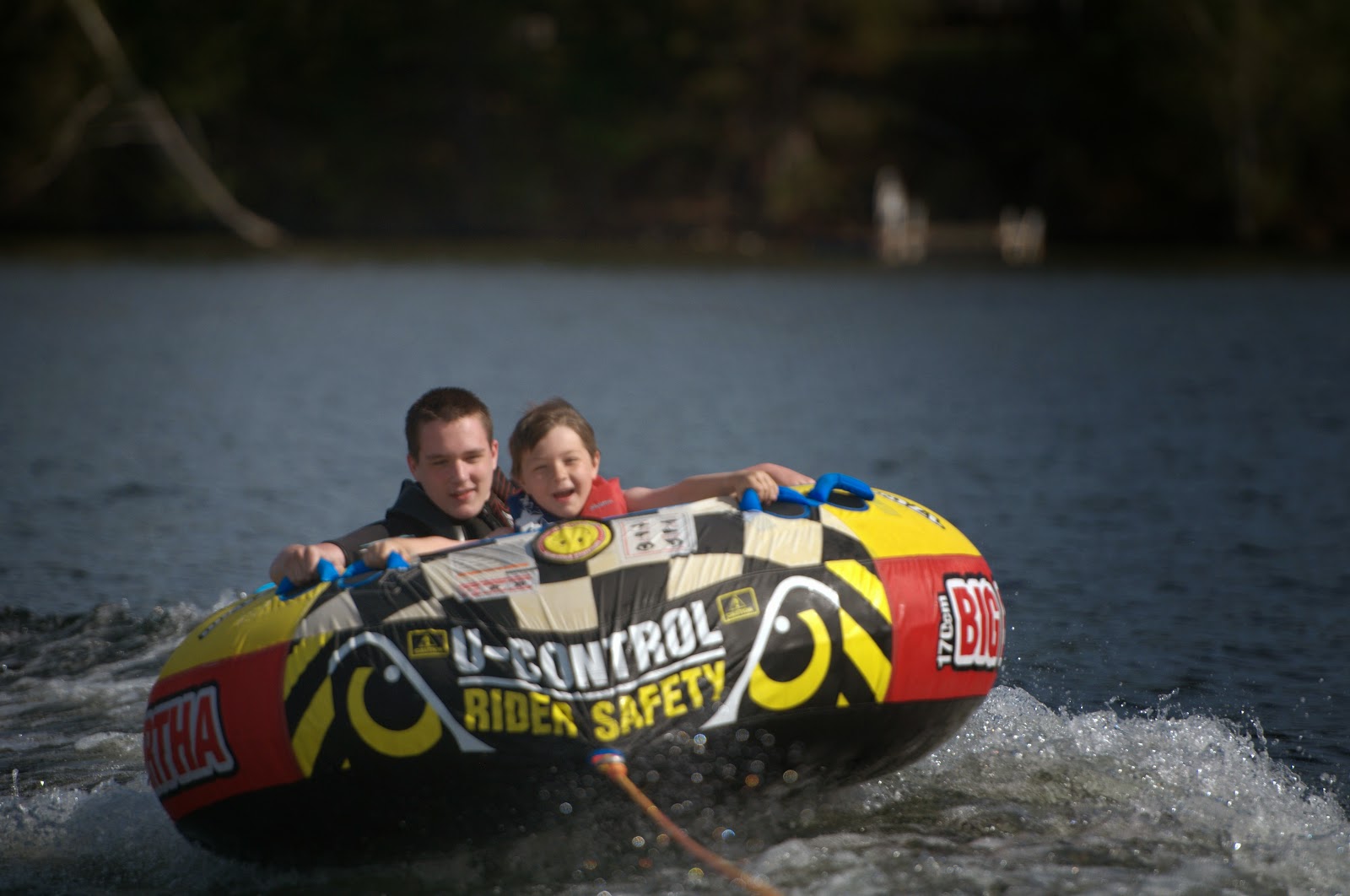 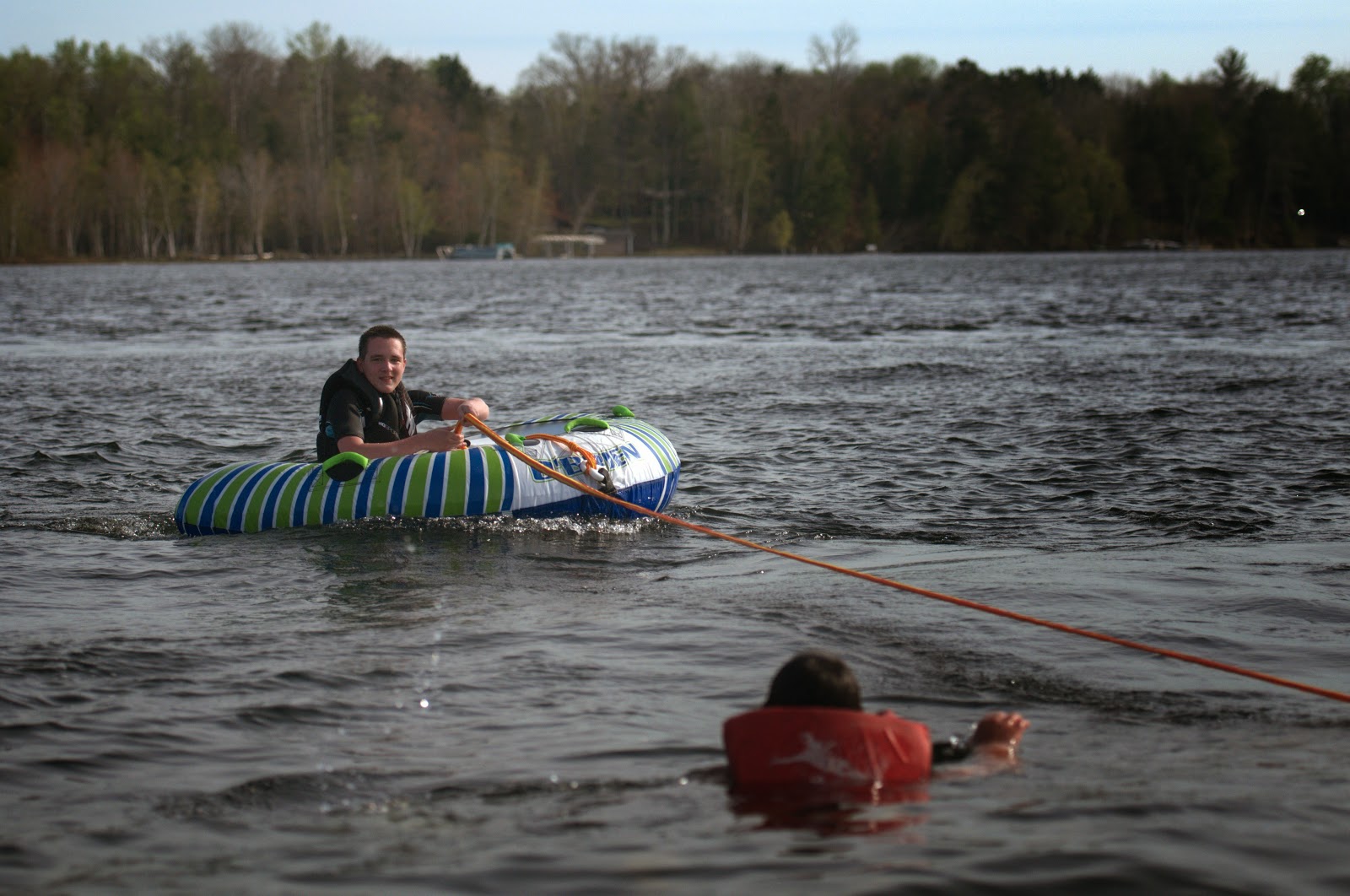 And probably my favorite photos of all time!  Oh Quentin... that smile! 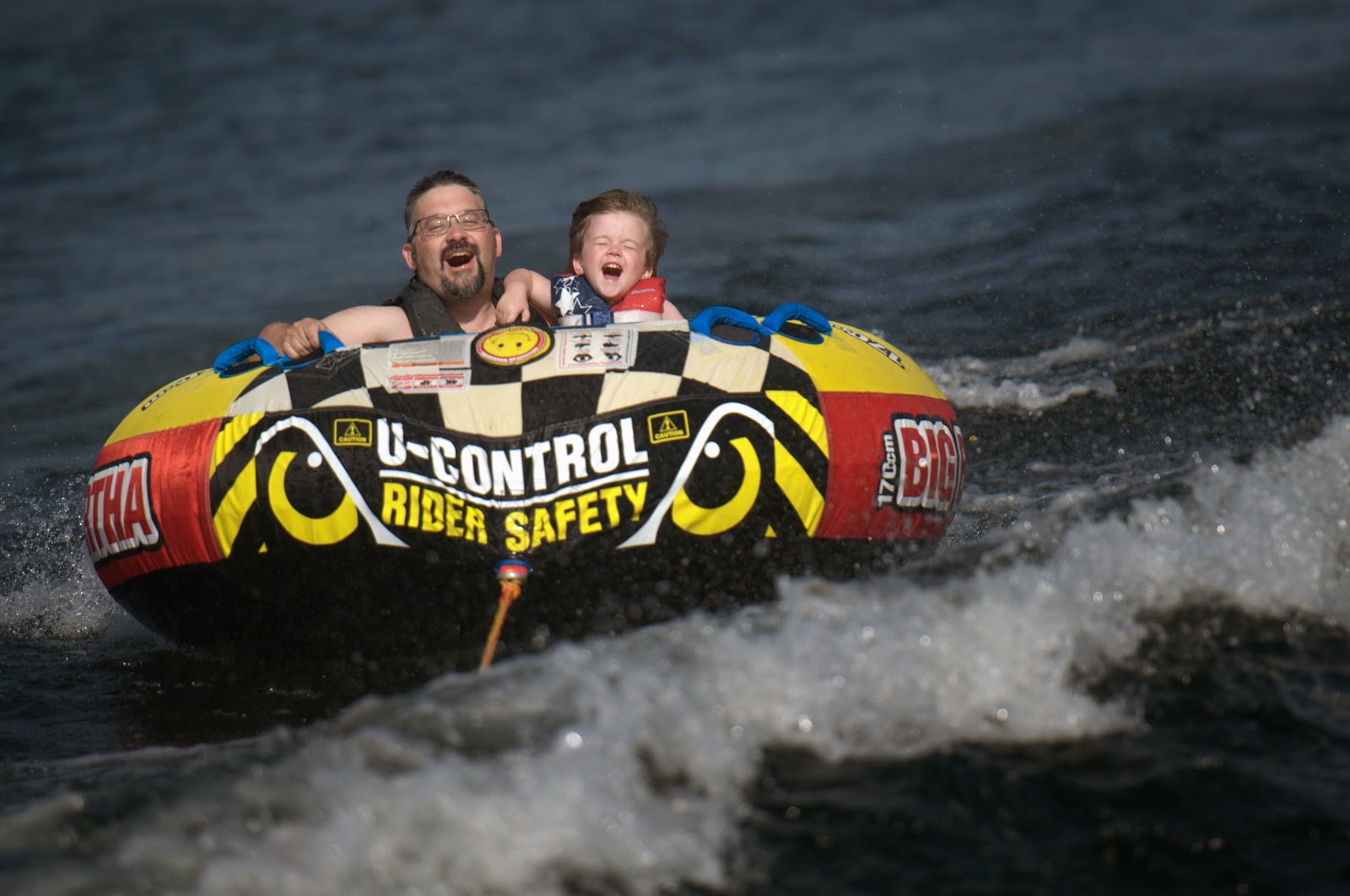 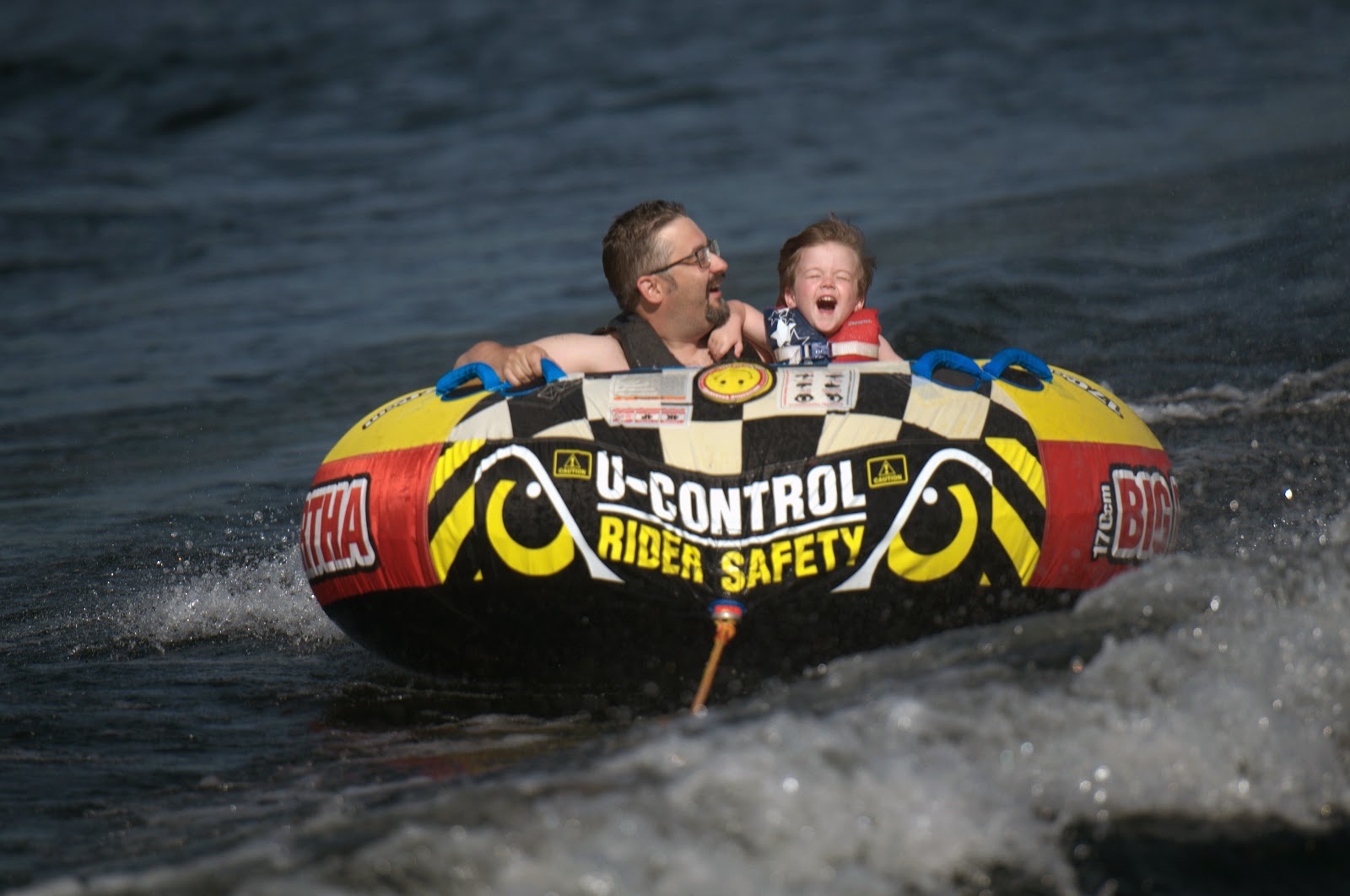 I'm so grateful they all had a great time!  Makes me wish I could have divided myself in half so I could be in both places!  Next time, Minocqua, next time!
Posted by Cathy at 9:37 PM