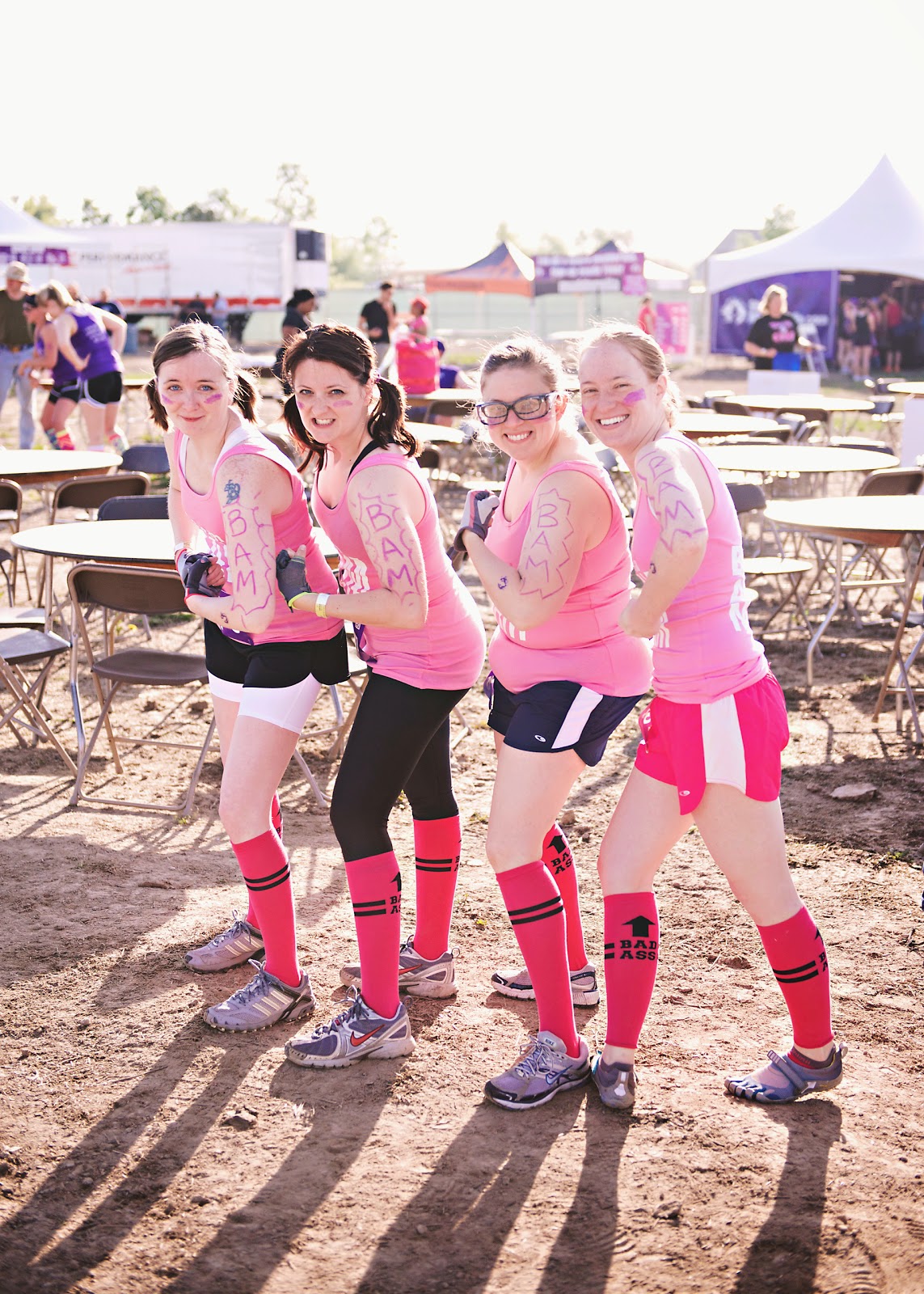 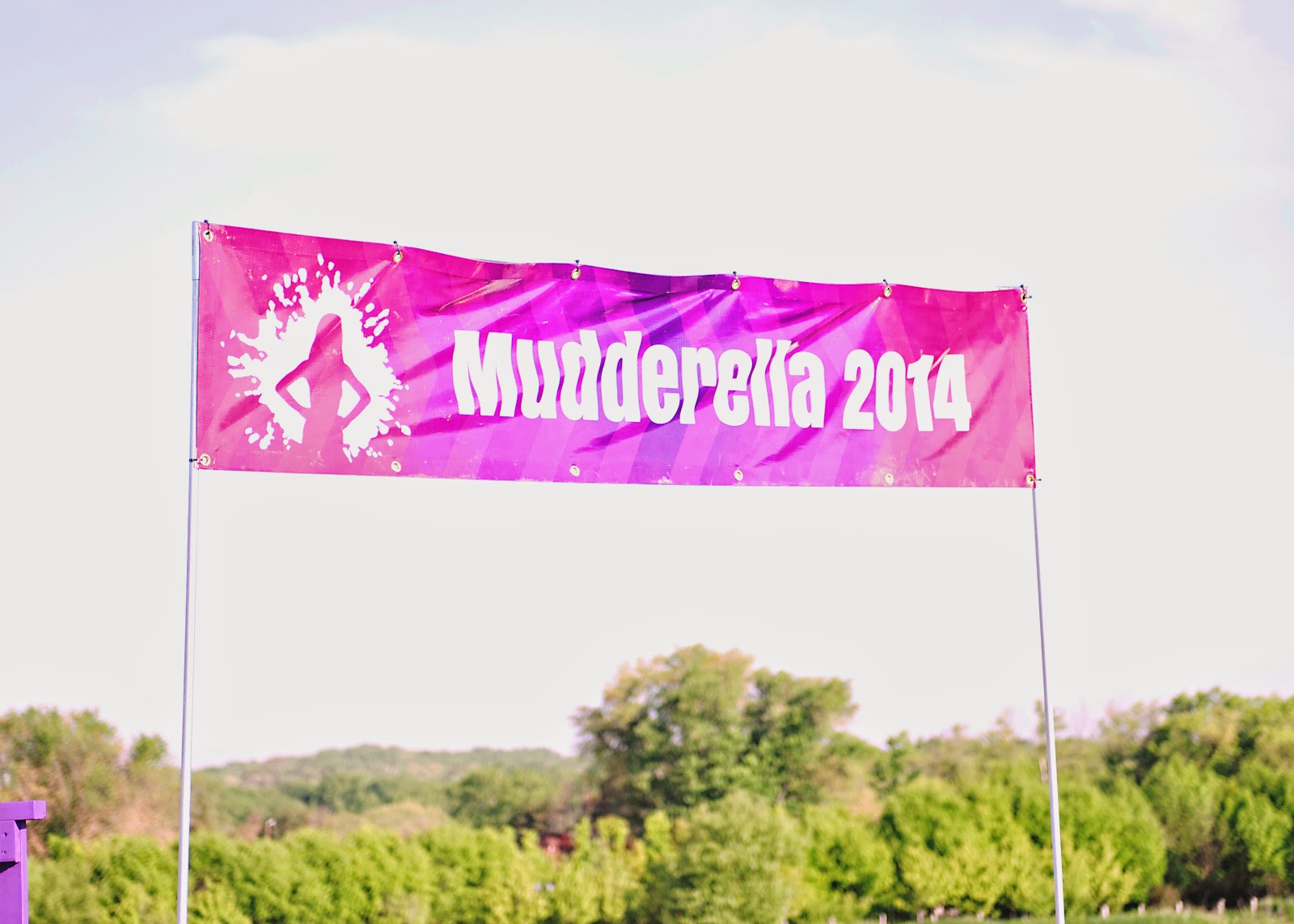 This blog is also like a week and half late, but much like my finish line crossing, better late than never!

I'm so glad I had such an awesome group of girls to support me too.  If not for them, I probably would have curled up in a ball and tucked and rolled down a hill.  My fear going into this was strong, like the force with Luke Skywalker.  (Yes, I just made a Star Wars reference - AND???) 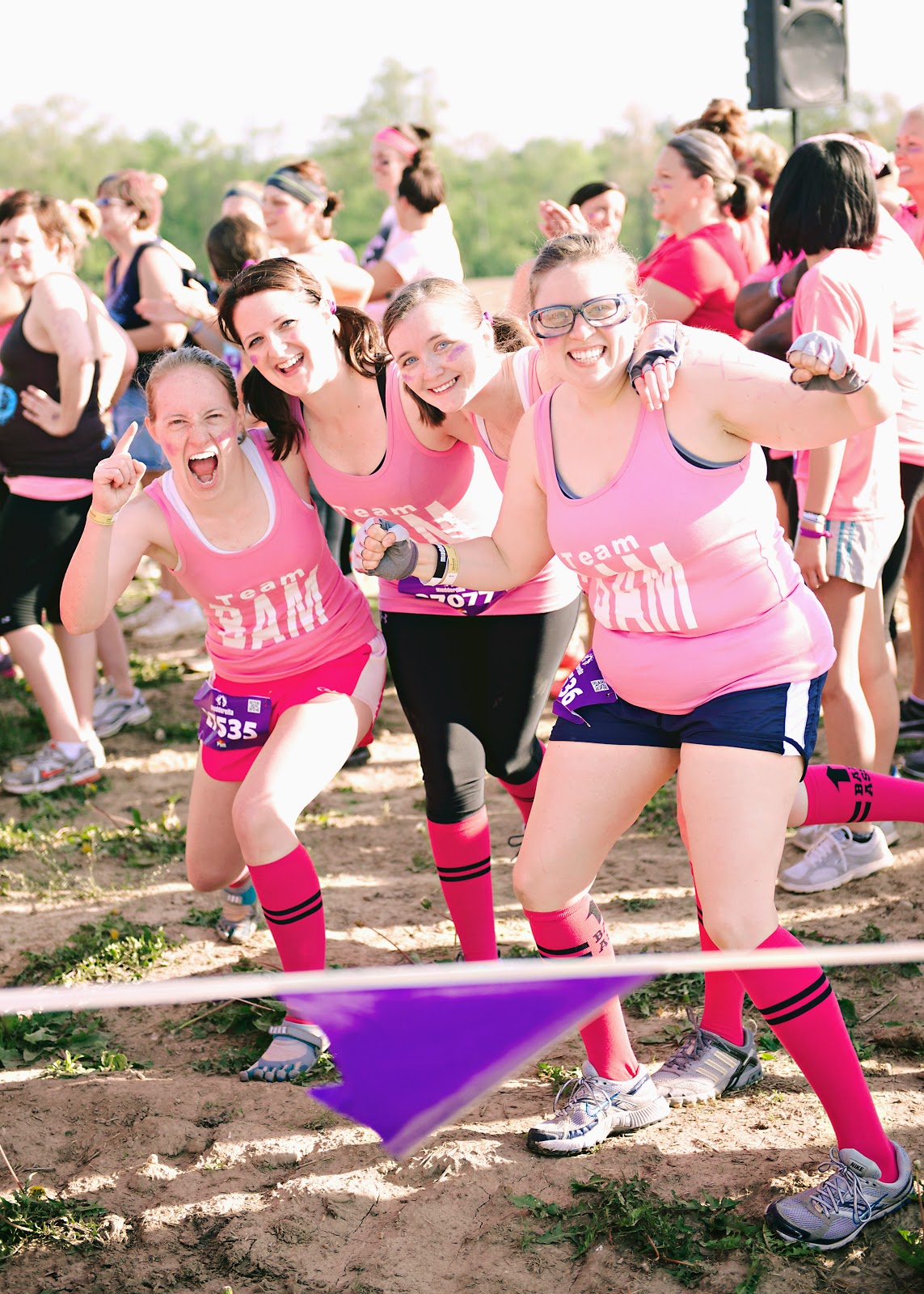 Still, I put my game face on and did the pre-race cardio (which nearly killed me before the race even started) and took off with my crew at the starting line.

My goal was to reach the first obstacle with out walking.  Yea.  I'm a dumbass.  You can't not train at all... ever... and expect to run like Forest Gump.  I had to stop.  In fact... I stopped a lot.  If this had been a contest to see who could stop running the most, I definitely would have come in first.

I guess I should work on that.  But... no use crying about it now, right?

So, what did I learn?  I've discovered that mud is pretty fun.  I can understand why pigs like to play in it all day long.  Not that I want to be a pig, but seriously, they're allowed to stink and roll in mud.  Two thumbs up.  The first obstacle demanded that we start off right and crawl in the mud right away.  It was awesome. 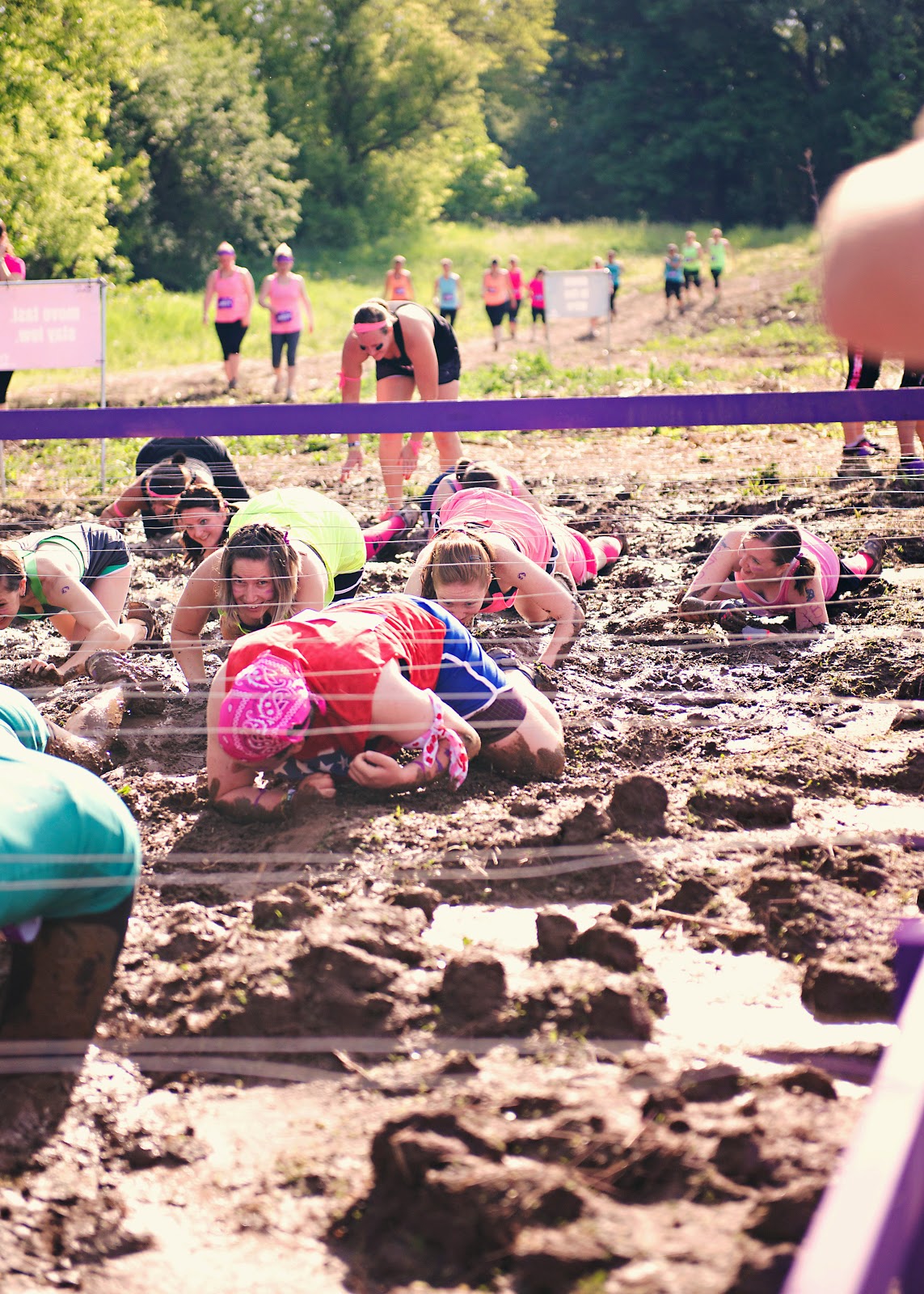 I'm not going to go obstacle to obstacle here, but in a nutshell there was a couple walls to climb, some muddy water to wade through, some trench we had to yoga pose over, water slides, underground holes, big huge tires and running... and running... and oh yea - more running. 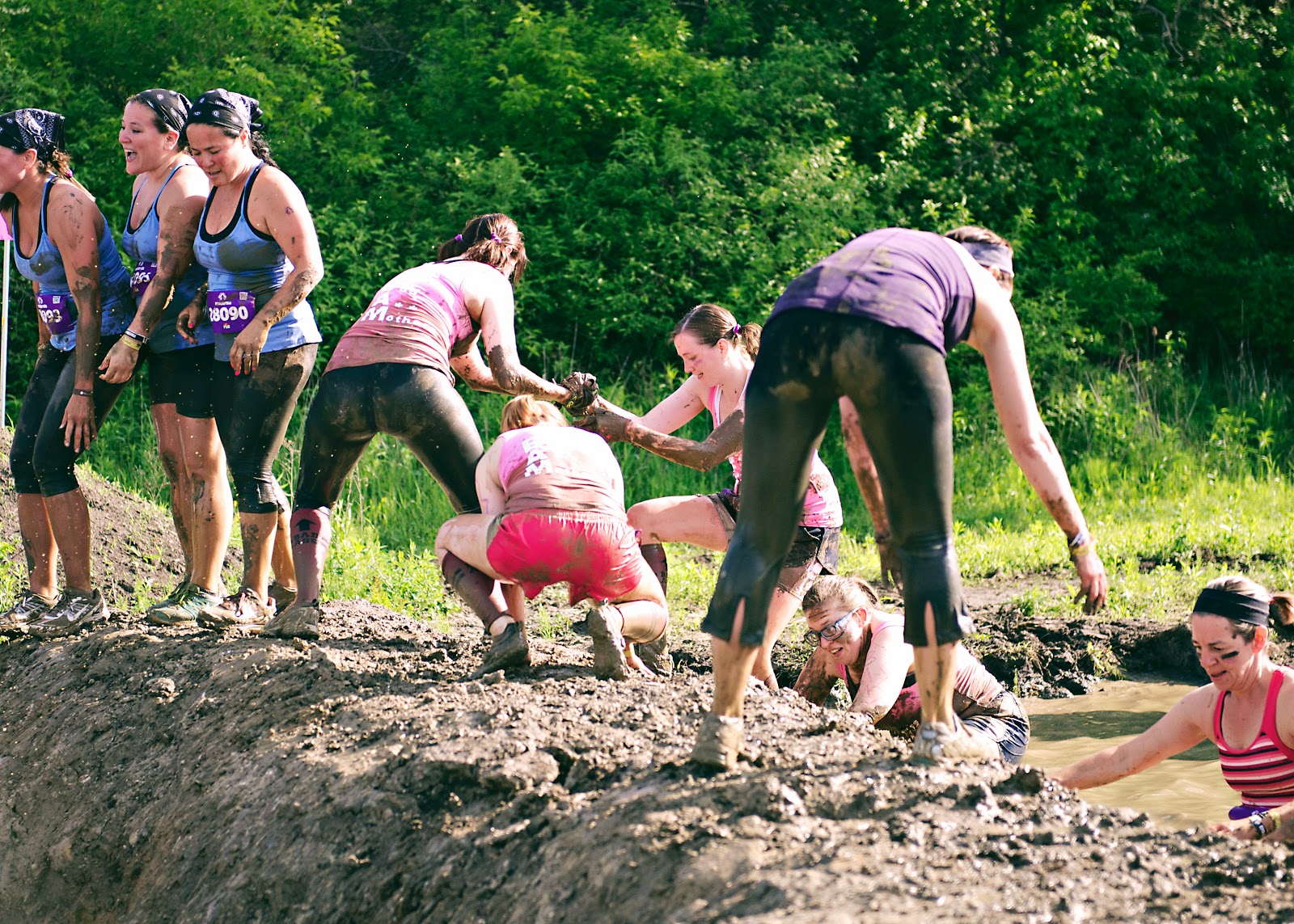 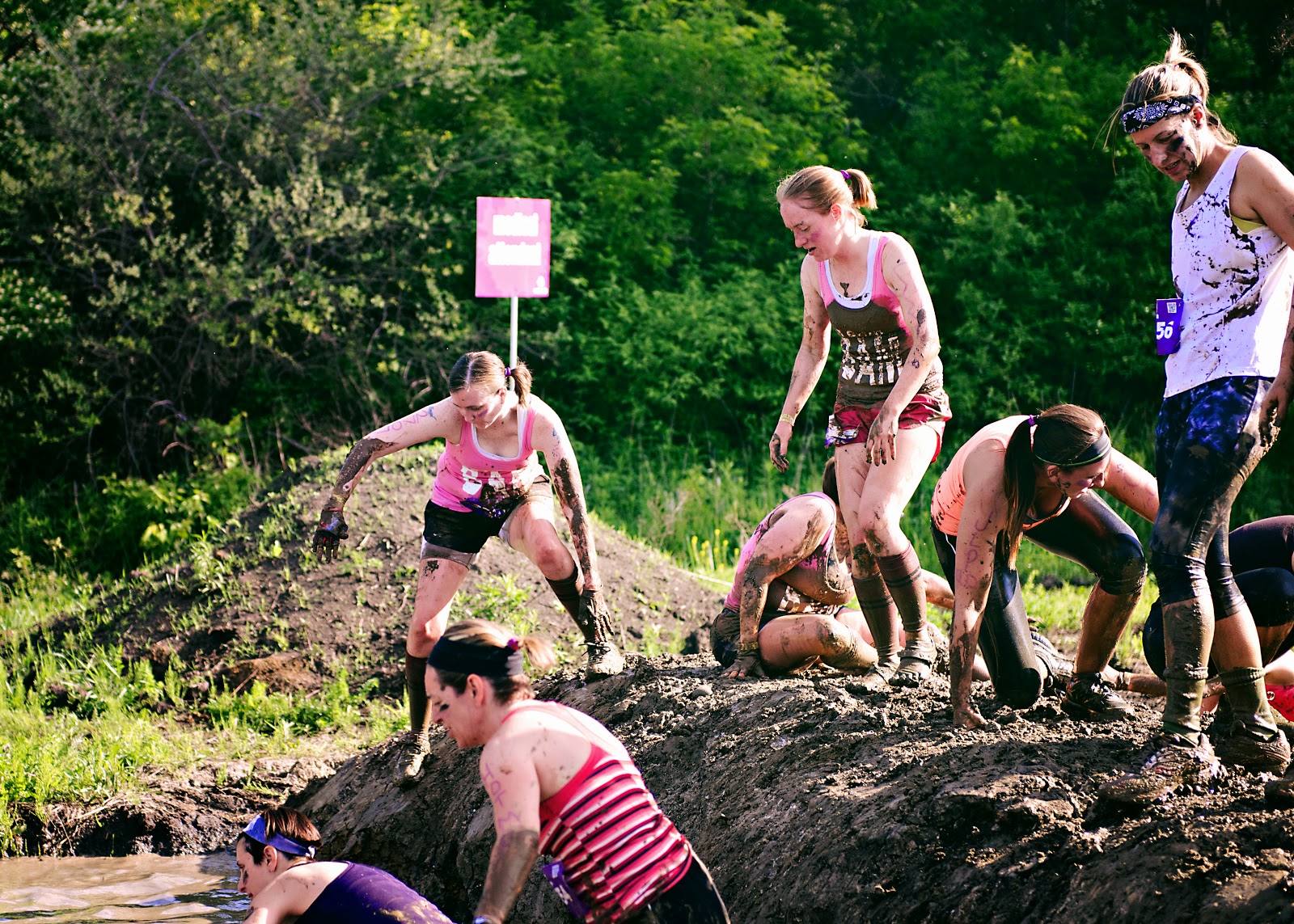 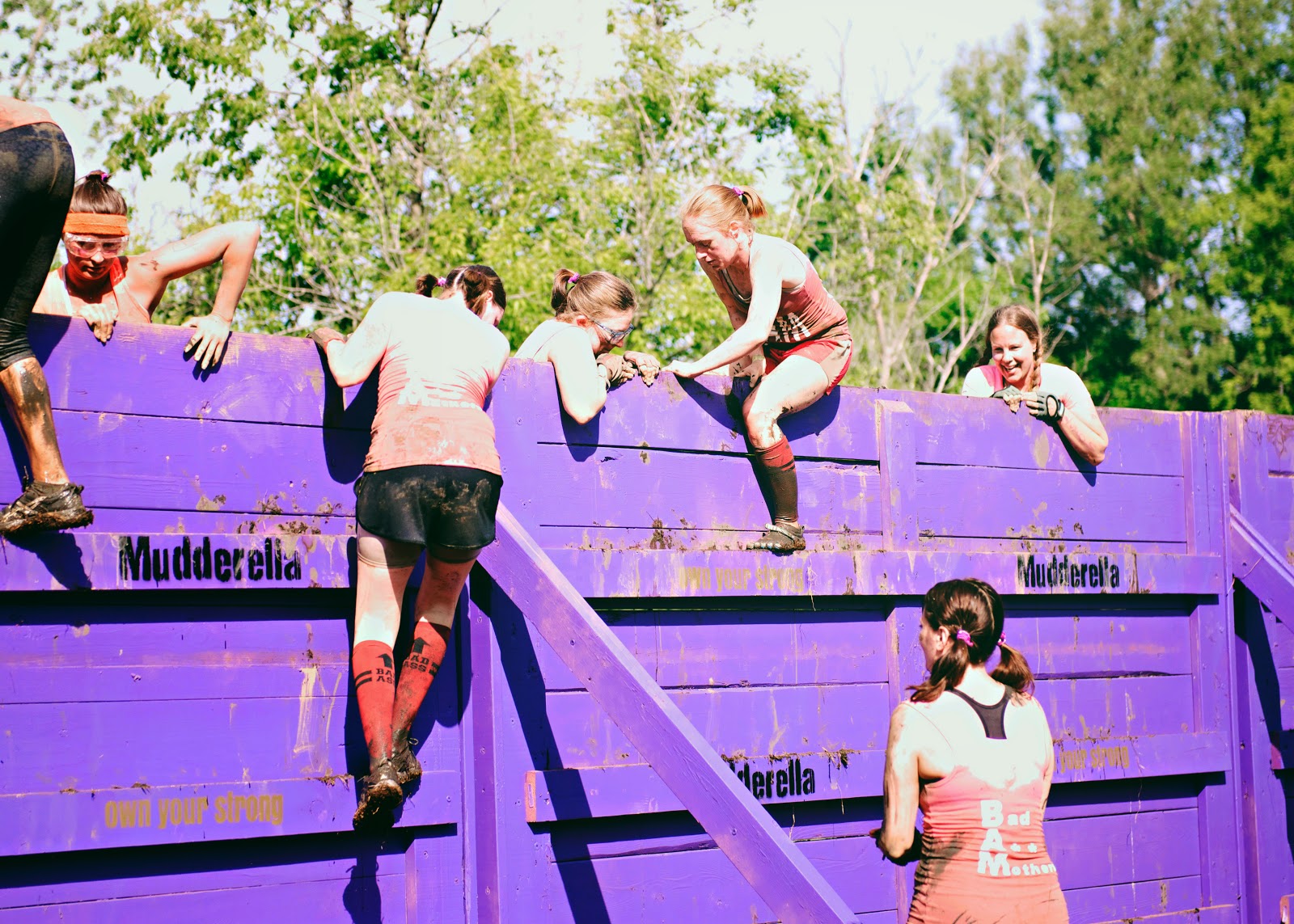 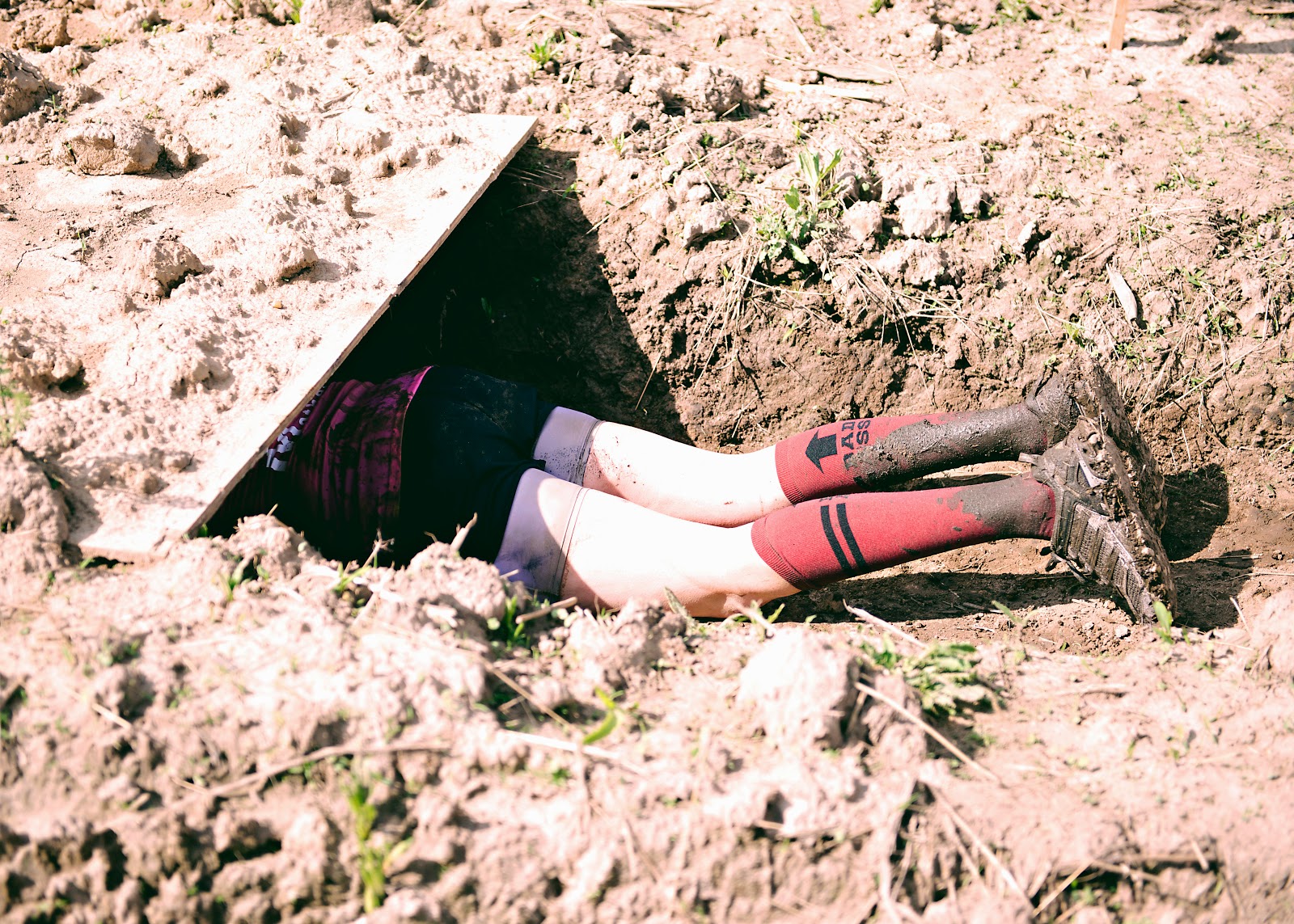 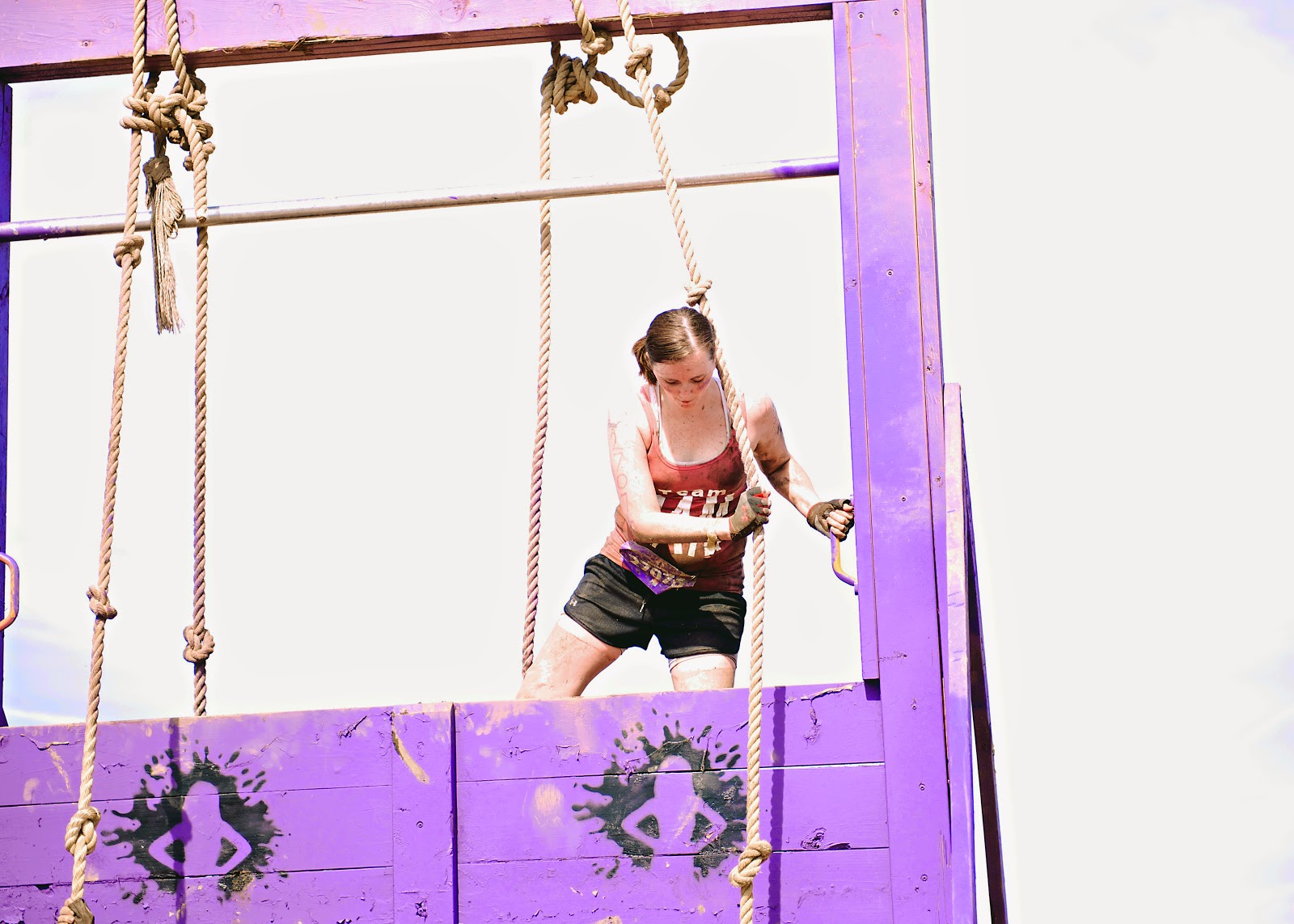 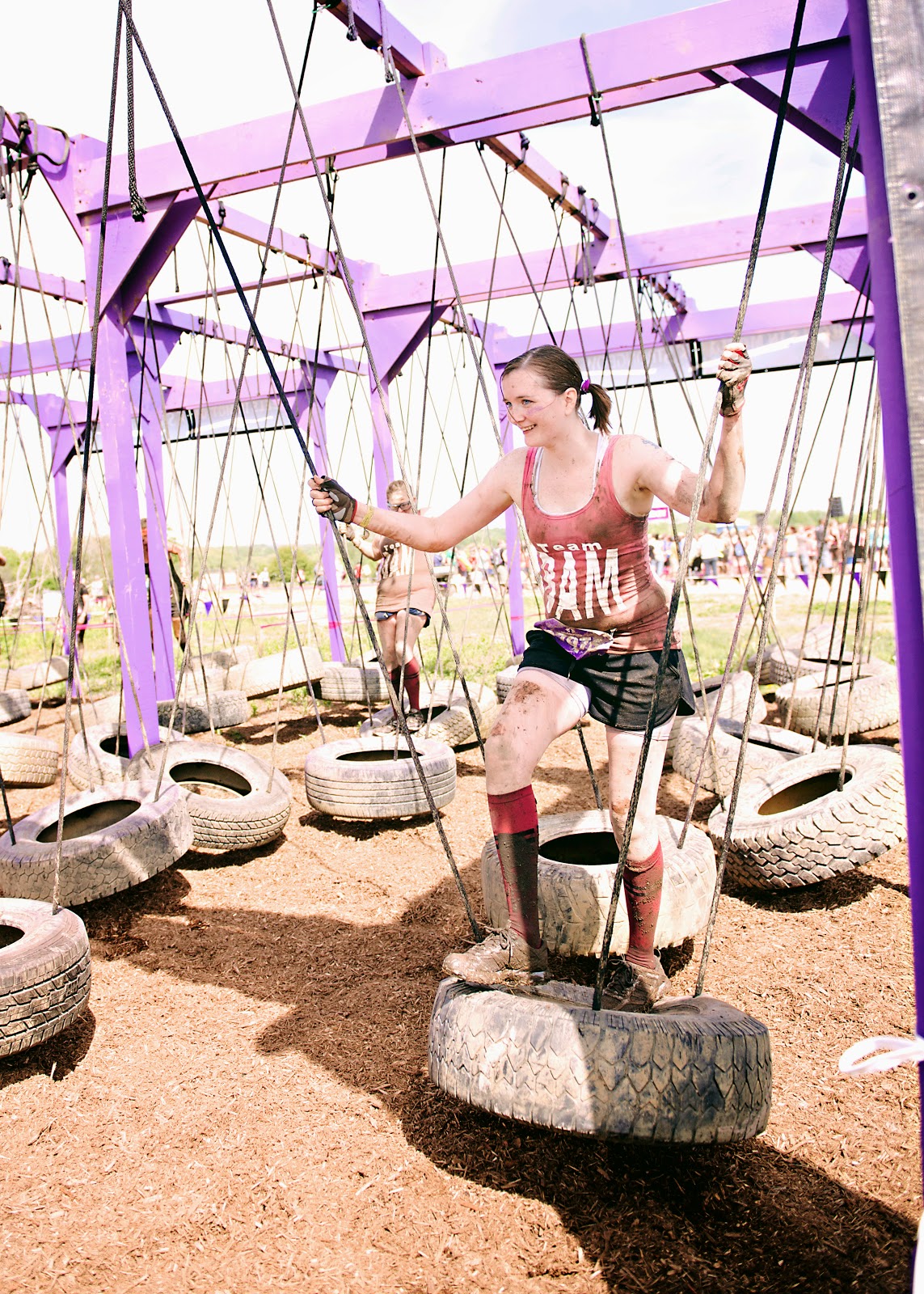 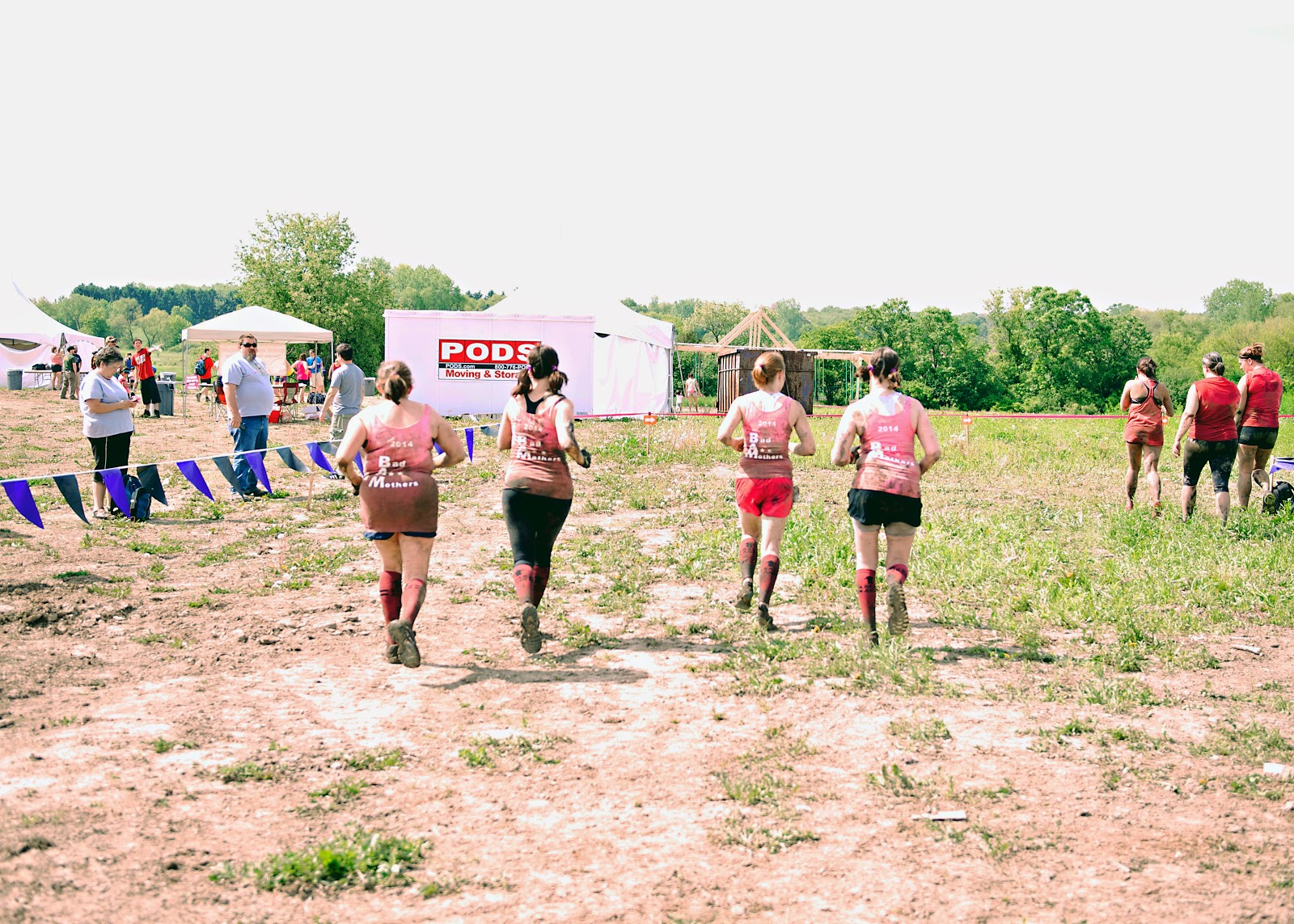 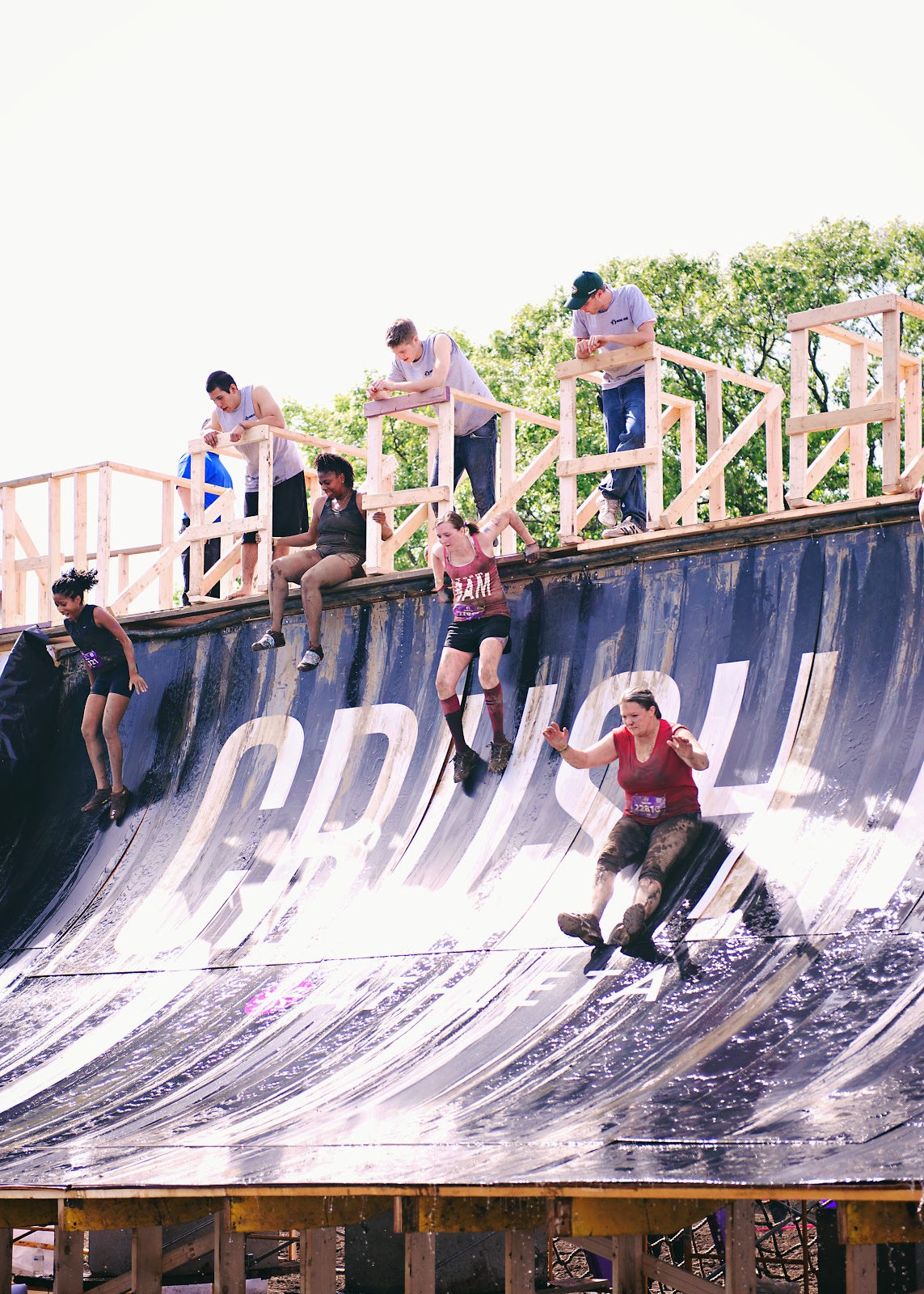 In talking about things I learned, I found that I totally dislike running.  At least right now I do.  I think I could like it if I actually tried doing it once in a while.  I used to be pretty friggin' athletic.  In my childhood and teen years, I would play basketball a lot among other sports.  I loved it.  I also learned that I still have a lot of strength in me.  The obstacles were so much fun.  I could do that stuff over and over and over again.  Well, some of it anyway.  I don't ever want to be a human wheelbarrow again.  And I'd like to personally thank my sister in law, Kate, for letting me be the recipient of the piggy back ride for that entire obstacle, even though we were supposed to switch half way through.  I am curious to know if I could have carried her... but I won't beat myself up over it.  She rocked it out! 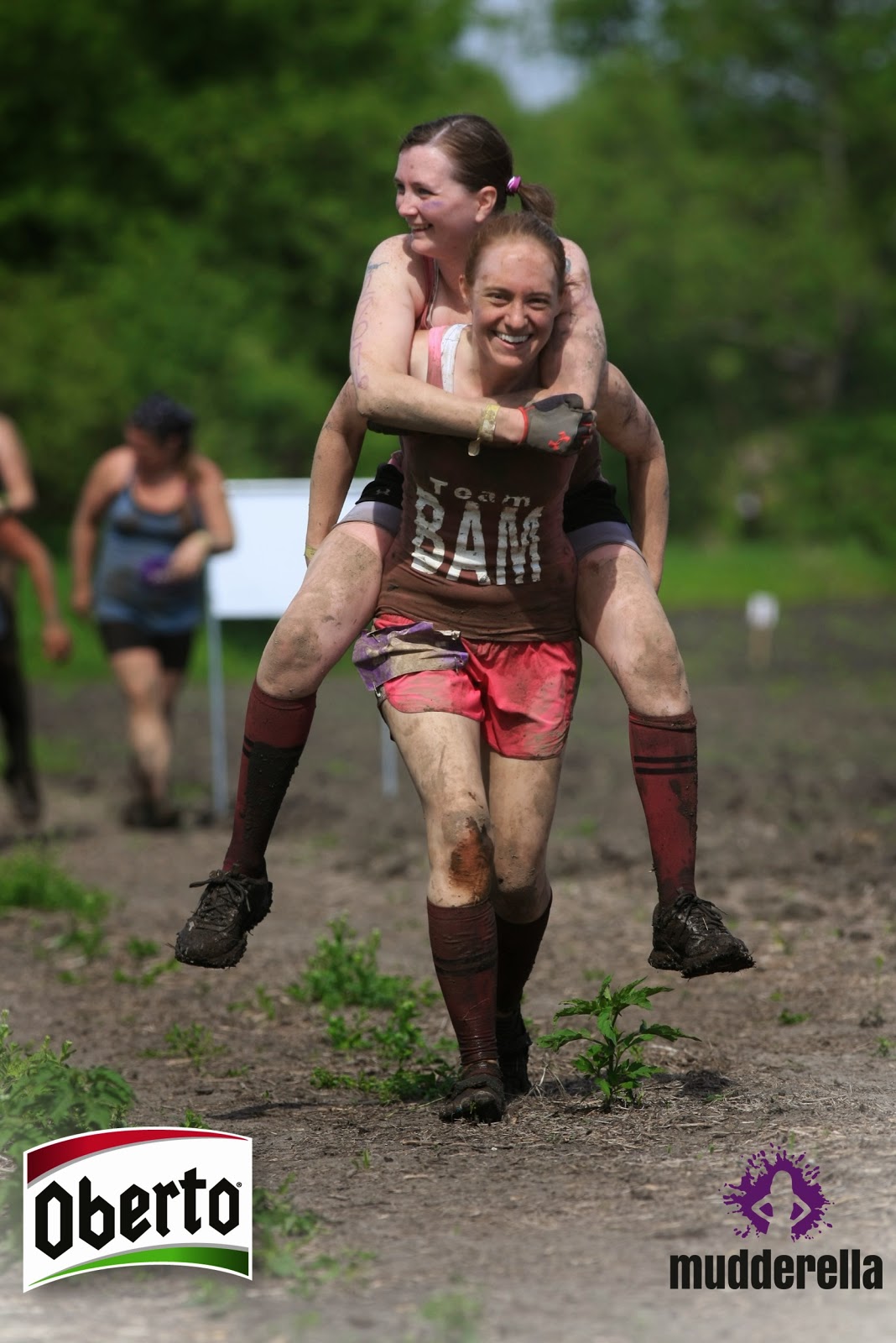 I learned that I have awesome kids.  They made signs for our team and at each of the obstacles that spectators could get to, they were there, waving their signs and cheering for us.  It was a lot of walking for those kiddos but they did it anyway!  I also have an awesome husband who not only took a bajillion photos for us but carted the boys around and got up at the crack of dawn with us to get us to the race on time! 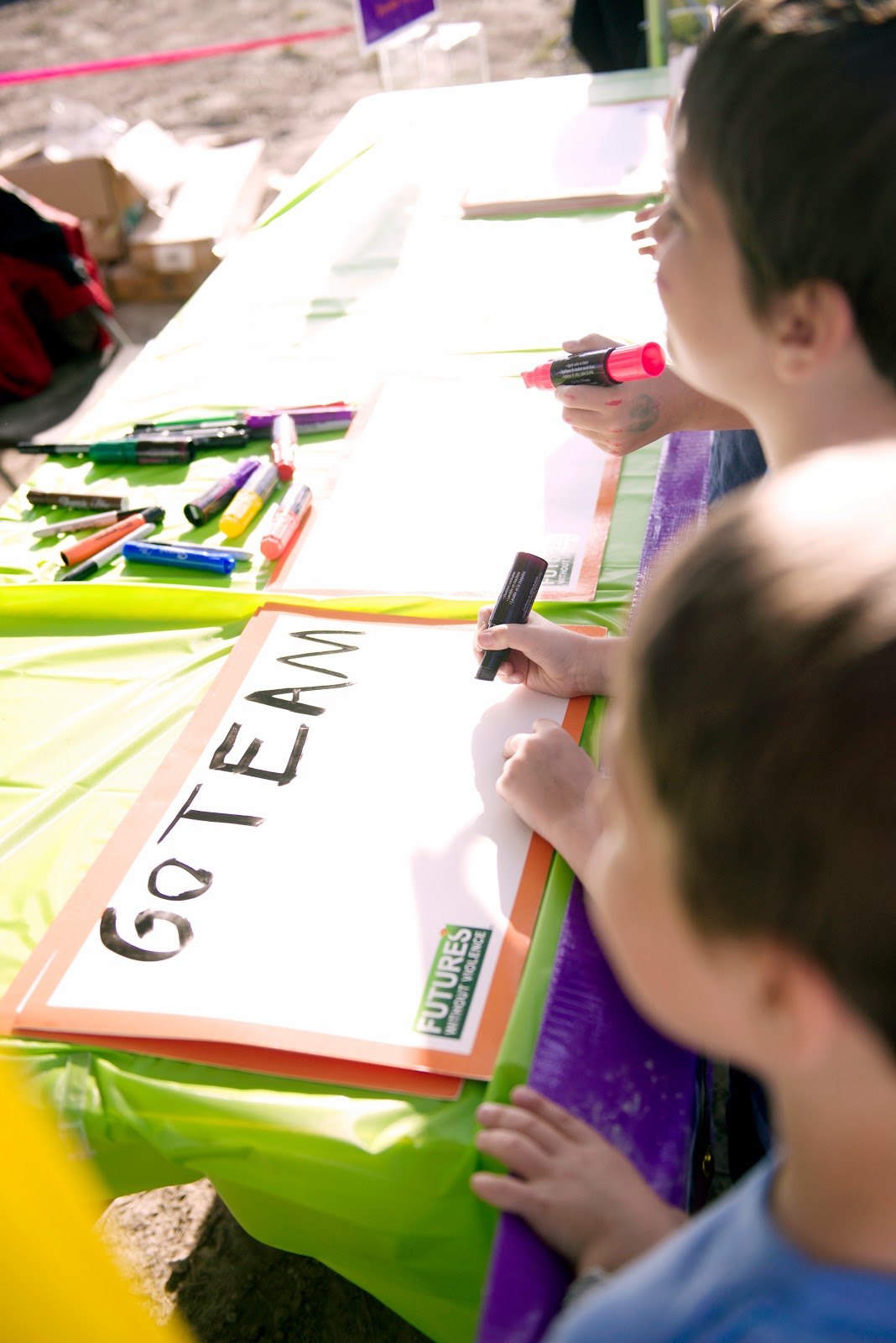 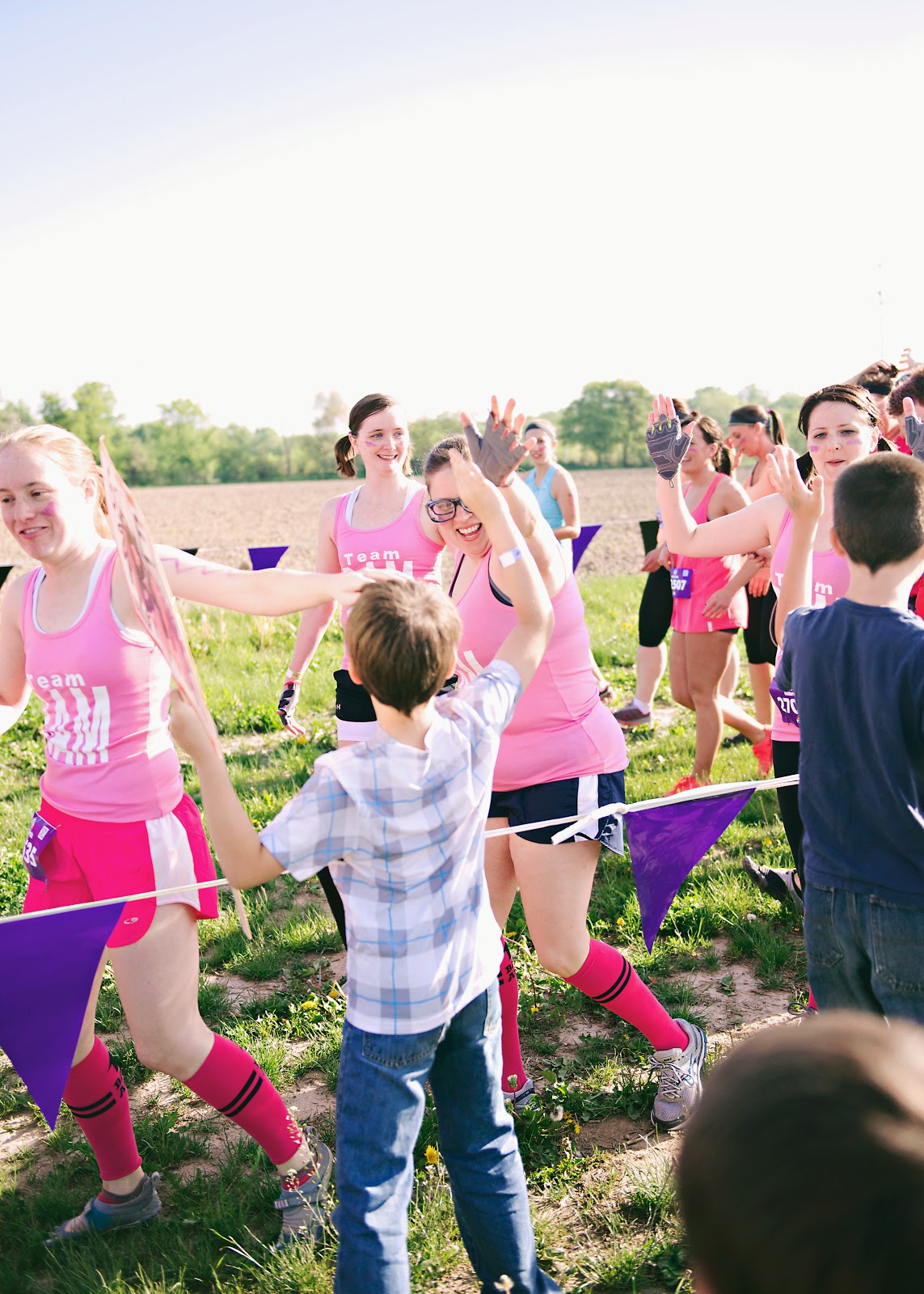 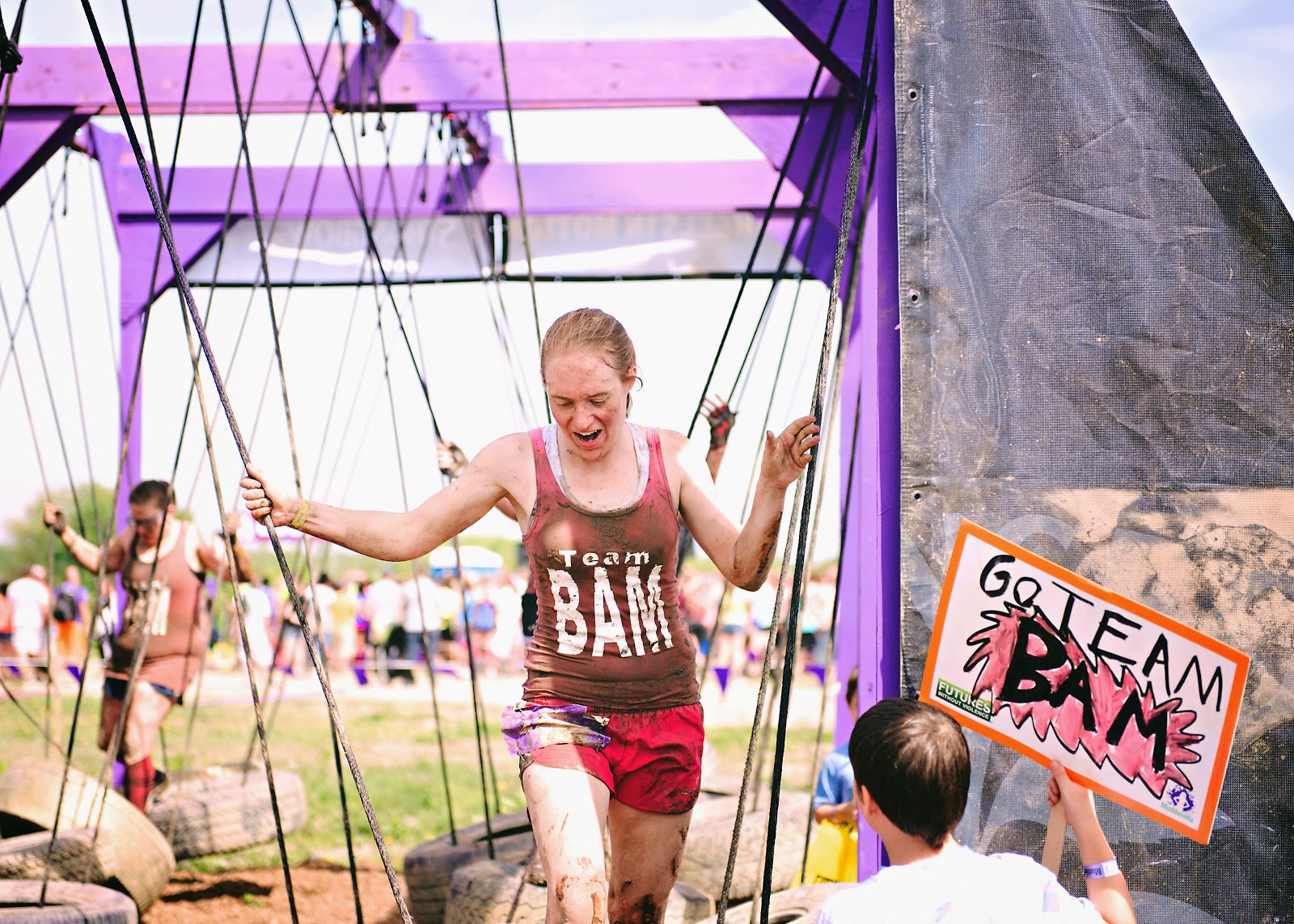 Mudderella was an awesome experience.  It didn't go quite the way I wanted it to.  I would have liked to have been in better shape, but it showed me that I can do these things.  I can push myself a little bit harder and reach any goal I want.  Not trying to sound cheesy but it was very empowering and I'd do it again in a heartbeat! 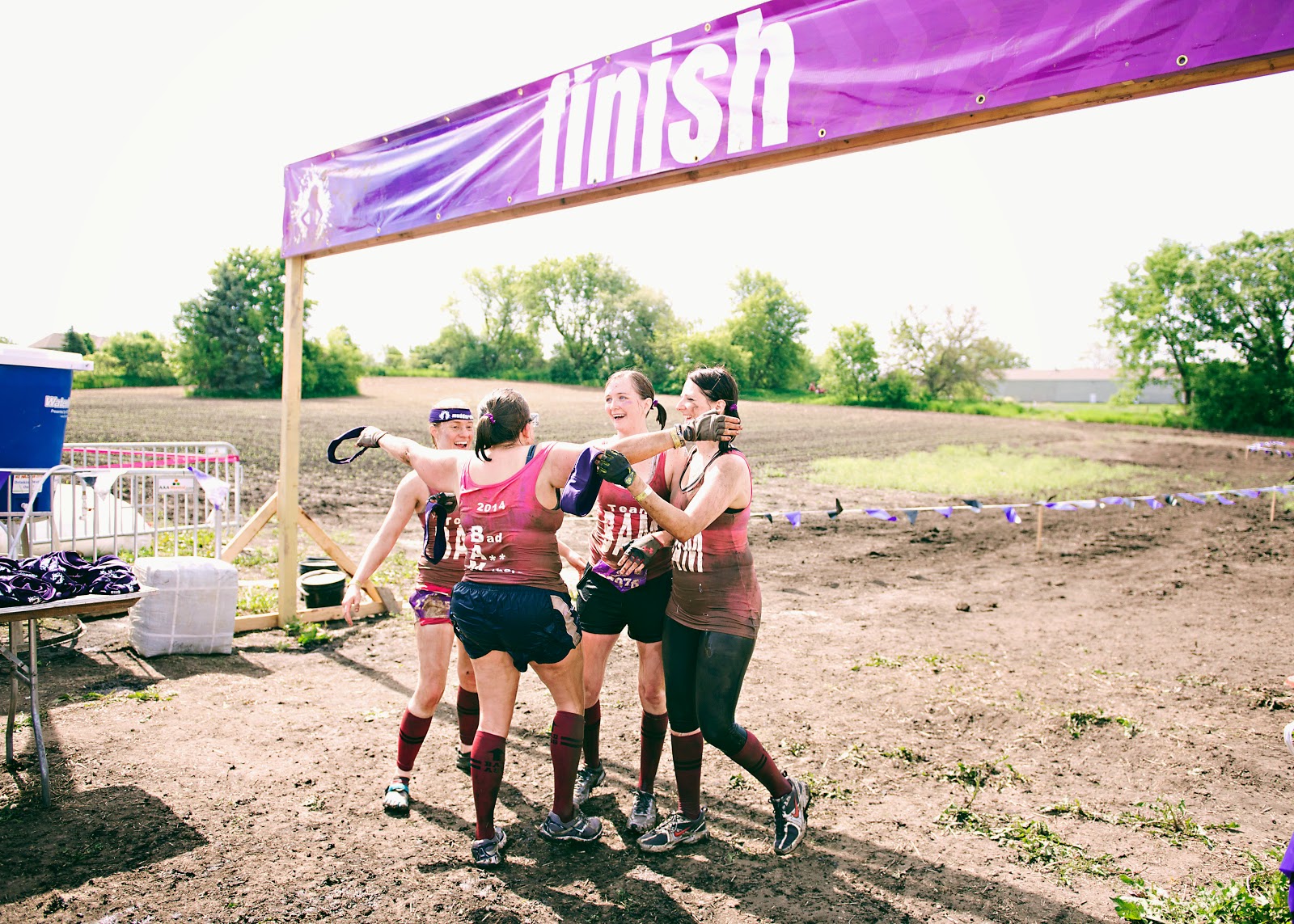 A special thanks out to my girls, the members of Team BAM... Kate, Katie and Chrissy... thanks for helping me get through this!  I never would have if it weren't for all of your encouragement and pushing!  I'm also sorry for all of the whining.  I was definitely fully aware of how whiny I was being about the running, so I thank the three of you for not kicking my ass into a pile of mud!  Love you Ladies!!  It's because of all of you that I crossed that finish line! 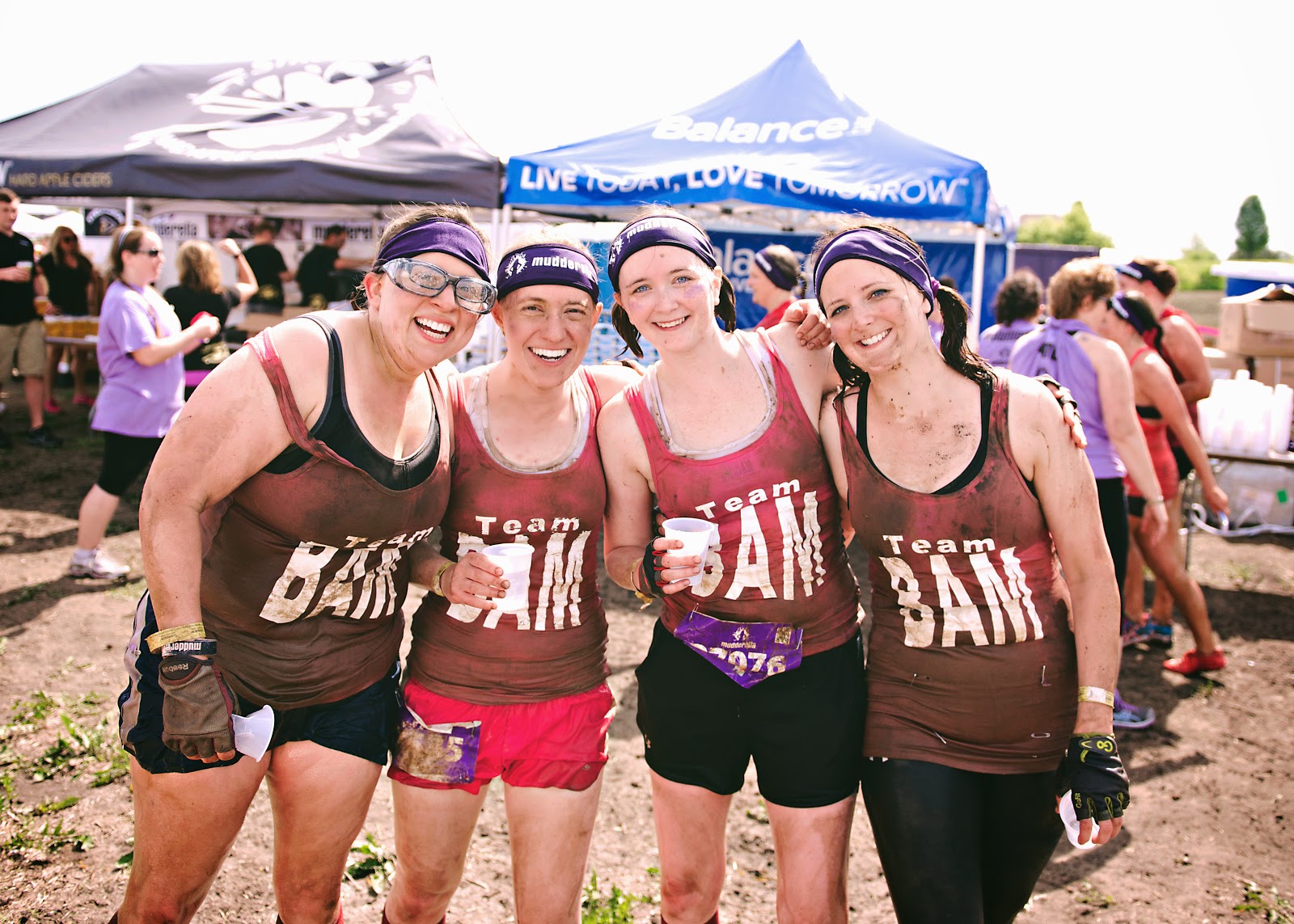