For a few years now I've tolerated an event my husband attends called MFC.  I'm not even going to begin discussing what that stands for but basically he gets together with his brothers, cousins and guy friends at the cabin up in Minocqua and in a nutshell they pretty much act like boobs.  Every year when MFC rolls around, I roll my eyes.  But that's a story for them to tell (which they won't).  I'll just talk about the girls.

This year, we decided a girls weekend was in order.  We titled it 'FEMFC' until a new name came about.  The weekend was set in September (next year it needs to be in a warmer month) and we knew we all needed it.  I sure as crap know I did.

I ended up driving up a little earlier then the rest of the clan.  Yea, that's how much I needed to get out.  My husband came home from work and I basically said, "Peace out.".  It was my first drive to the cabin on my own.  It was at night and I was terrified.  The cabin is in a woodsy location.  I've heard bear stories.  I don't know if any neighbors were really around.  I made it at around 11pm that night.  I parked as close to the house as I could get with out my car actually being in it and I left my bags in the trunk because I was too scared to take the time to get them out.  No, no, instead I curled up on the couch inside and prayed for morning to come quickly.  While watching 'Mean Girls' on my iPhone.  Who doesn't want to fall asleep to 'Mean Girls'? 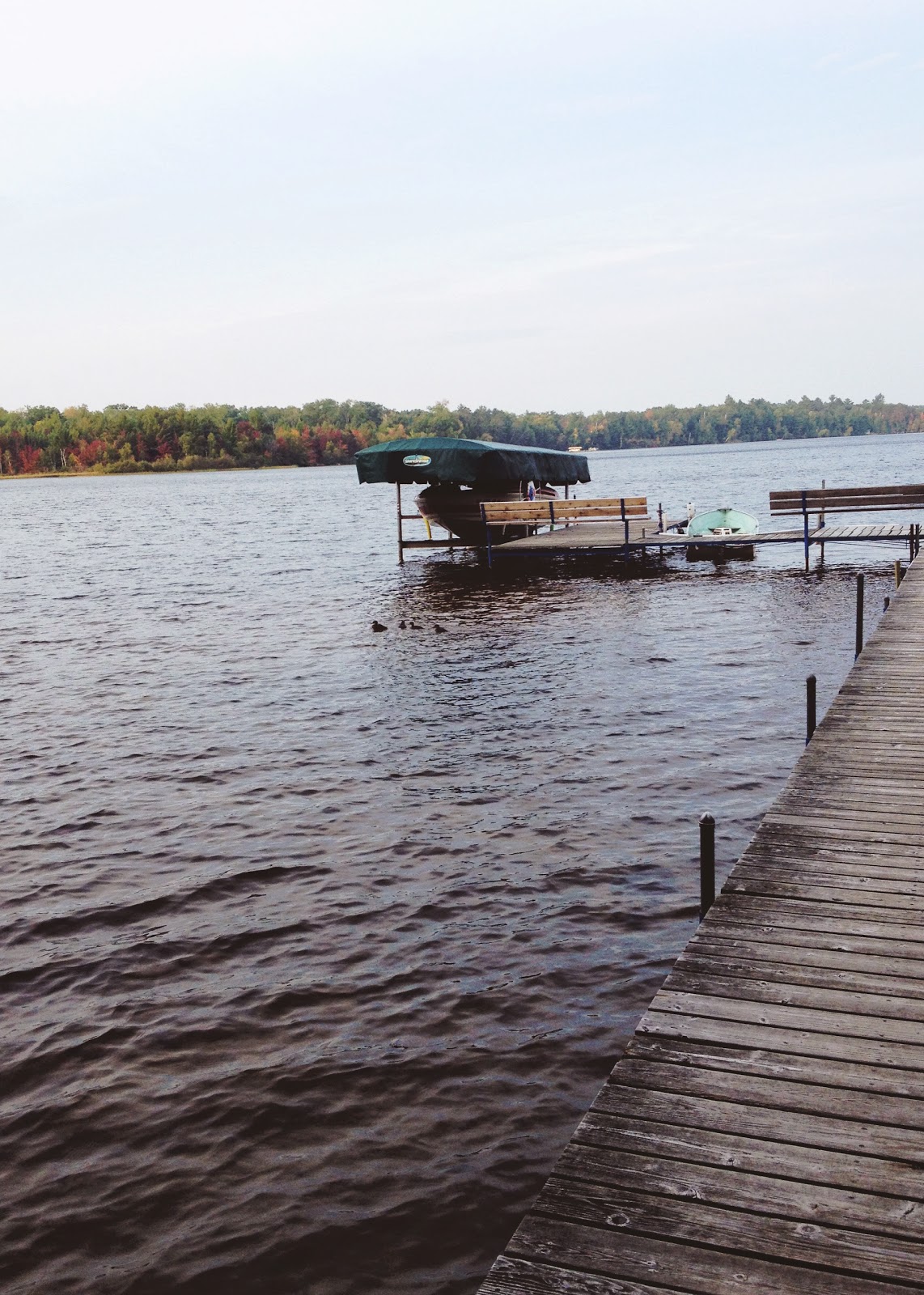 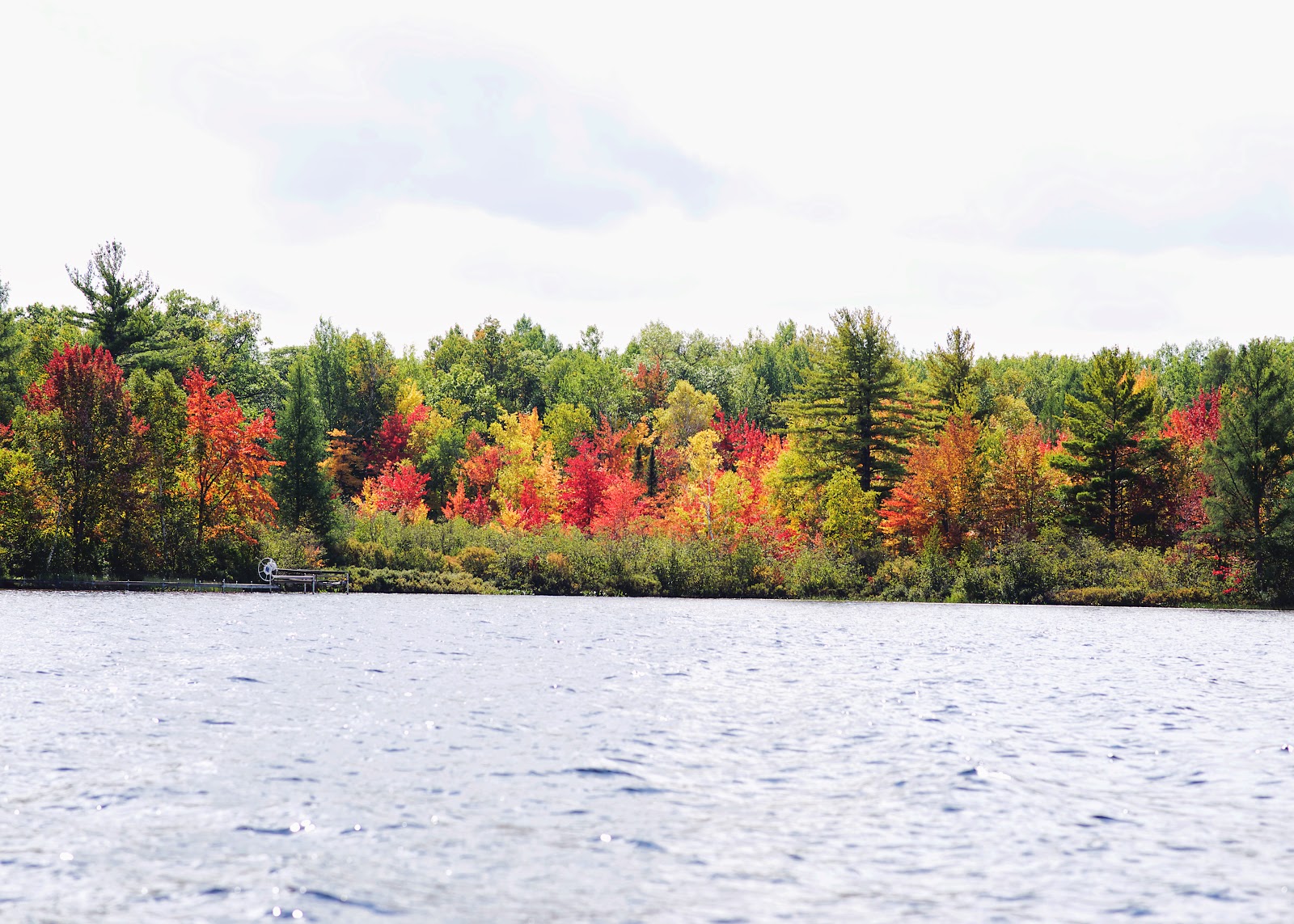 Morning rolled around and I took it all in.  I walked to the end of the pier and fawned over the beautiful fall colors.  After all the fawning, I decided to go to the store for some groceries where I got in trouble with my sister in law, Nora, (via text) for considering serving spaghetti for dinner instead of macaroni and cheese and cinnamon rolls... oh... and beer.  She told me to stop being such a mom.  Which is what I totally needed!  It's so hard to shut it off!

Once everyone started showing up, we started doing all the drinking.  Drinking and sitting on the pier.  The drinking is fun.  Especially when you use a shoe as a cup holder. 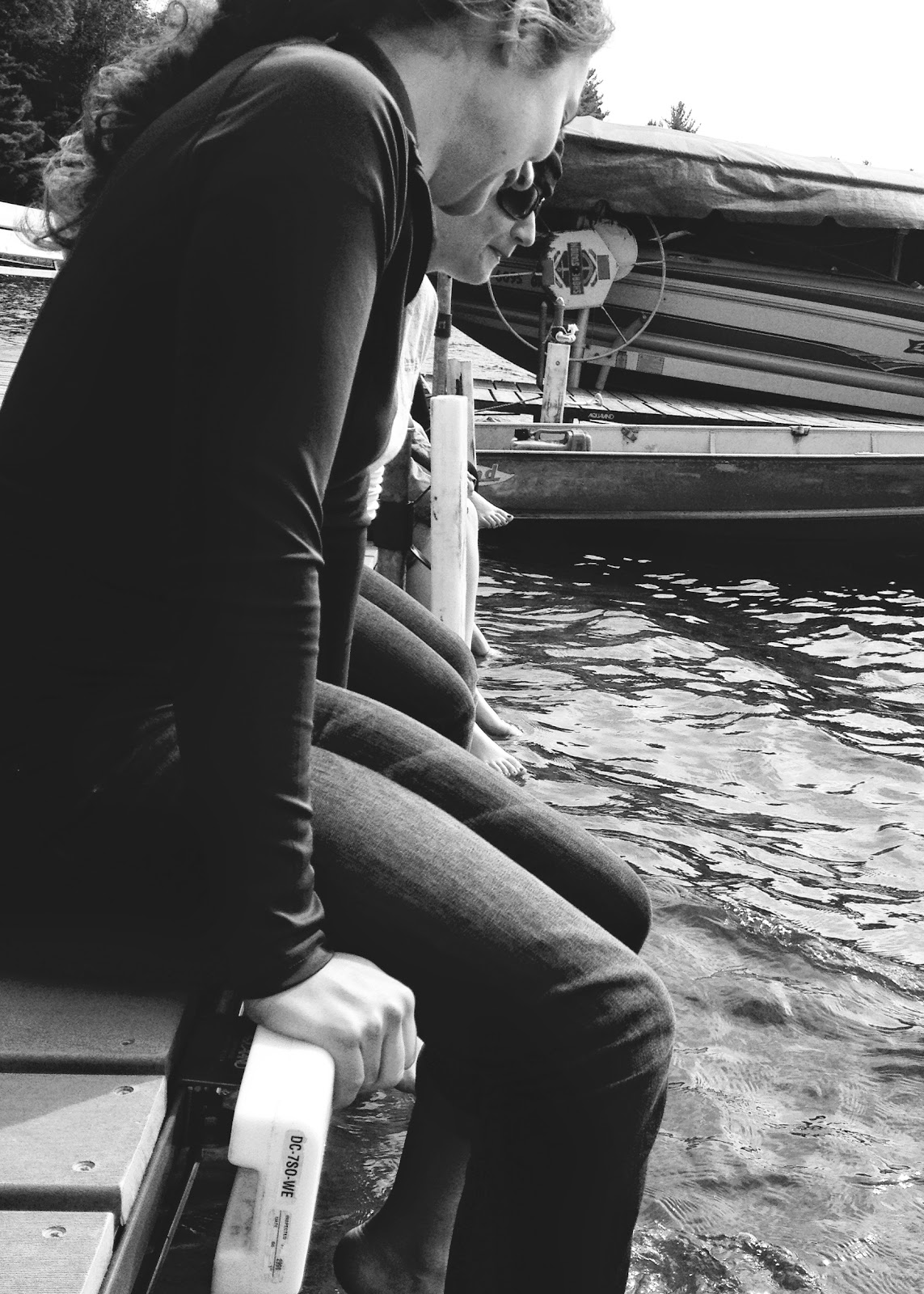 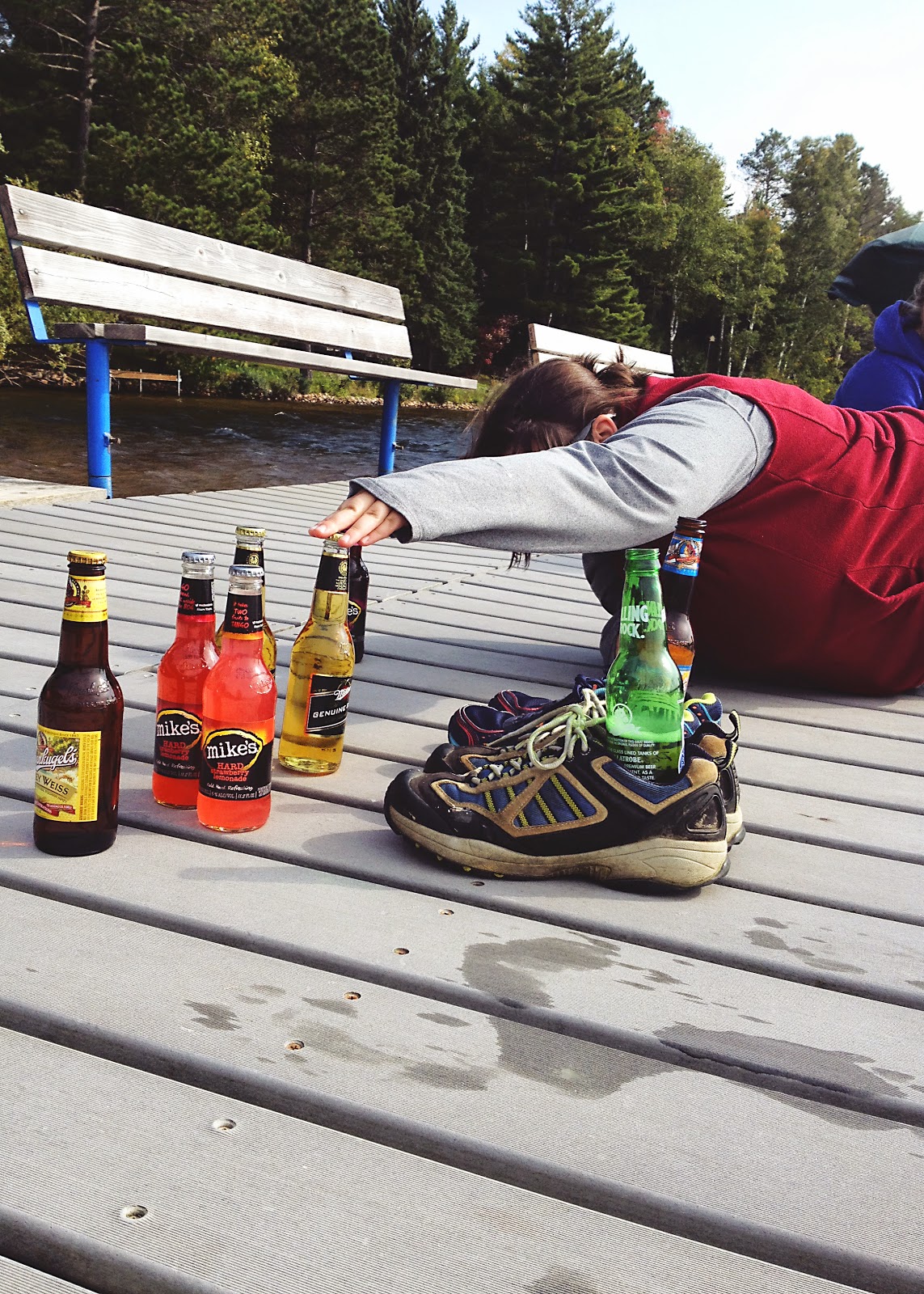 I learned about preparing watermelon vodka.  (Friggin' delicious by the way... I highly recommend it.) 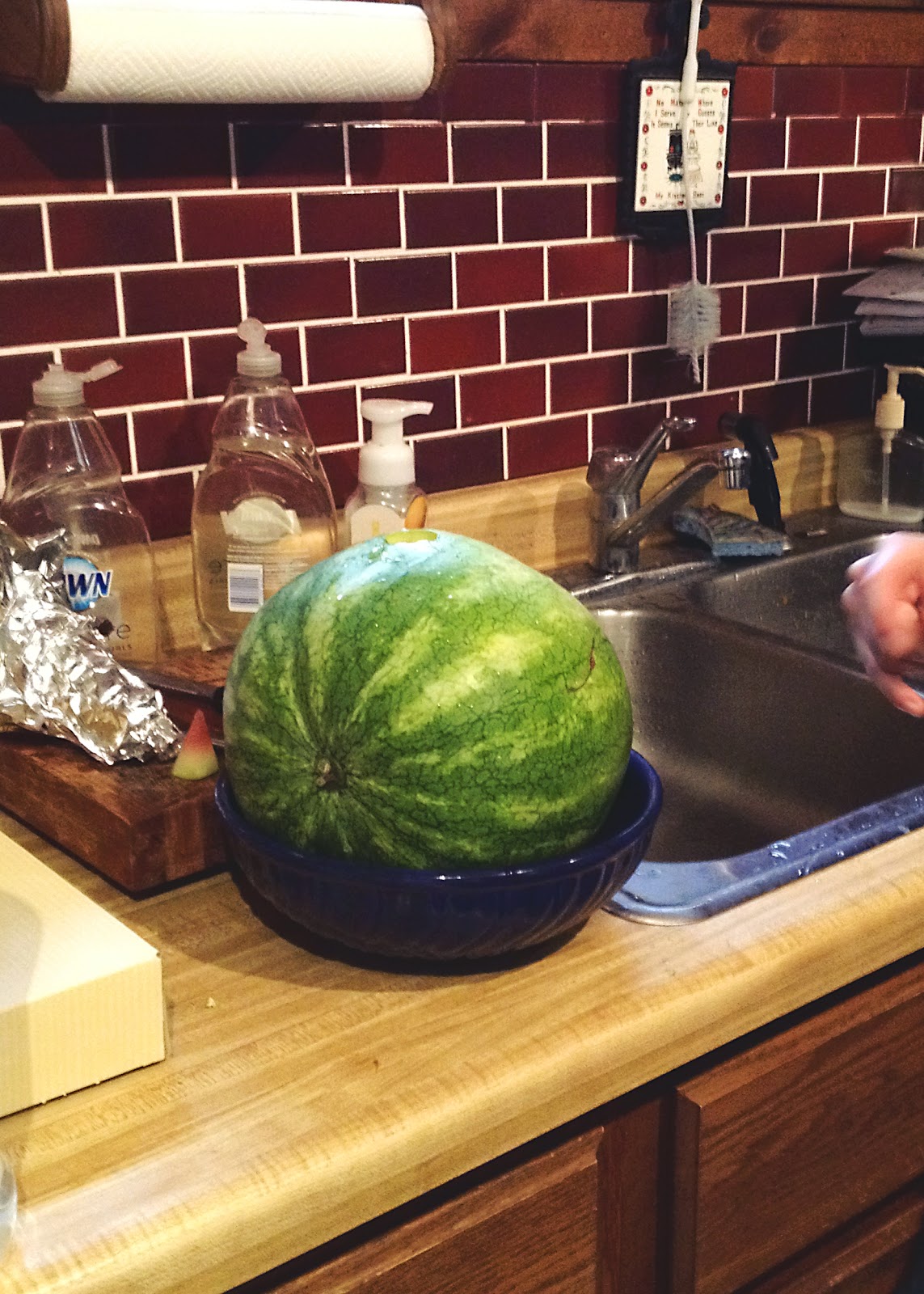 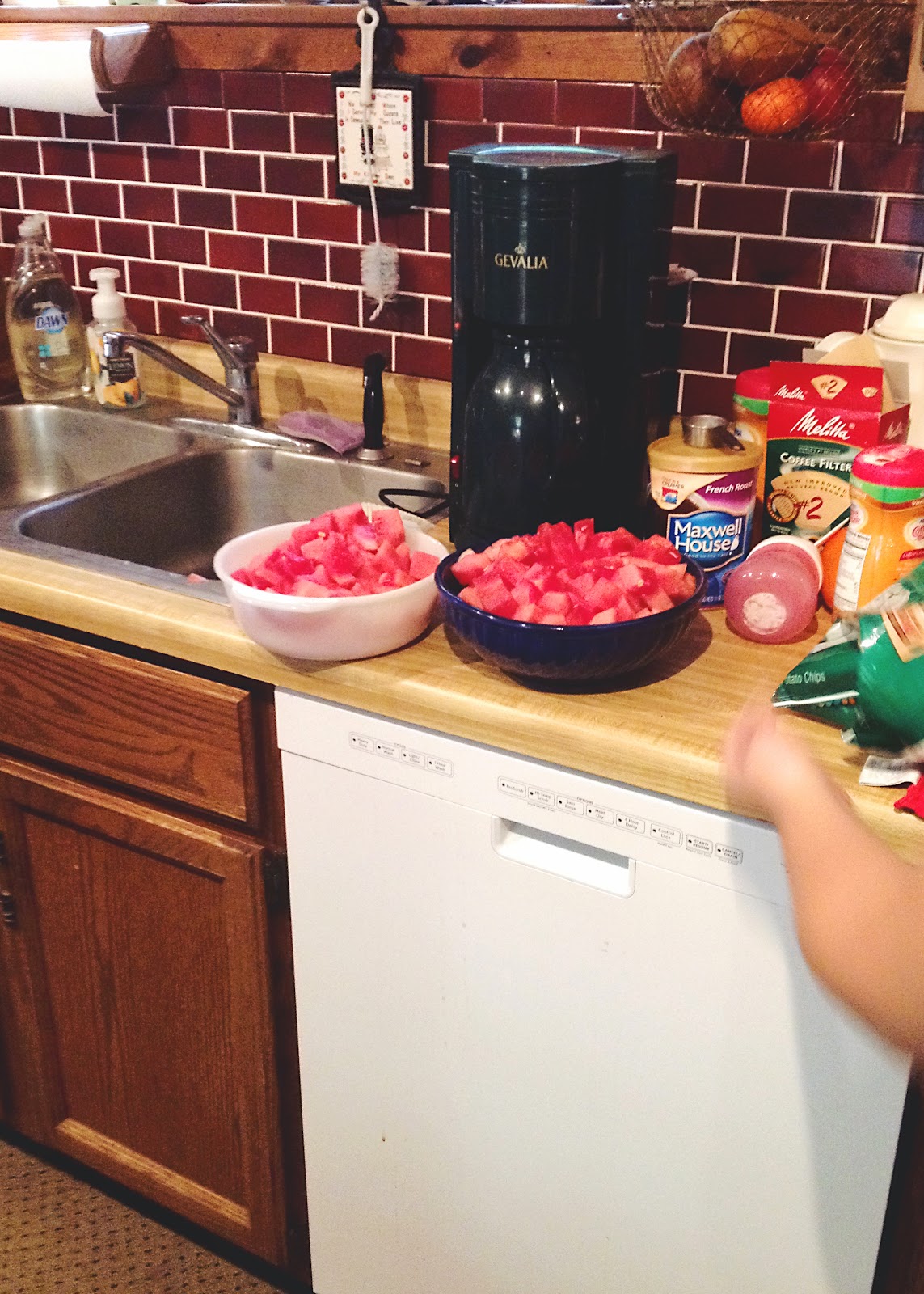 Uncle Jack arrived to keep an eye on us trouble makers and we were able to take a nice boat ride. 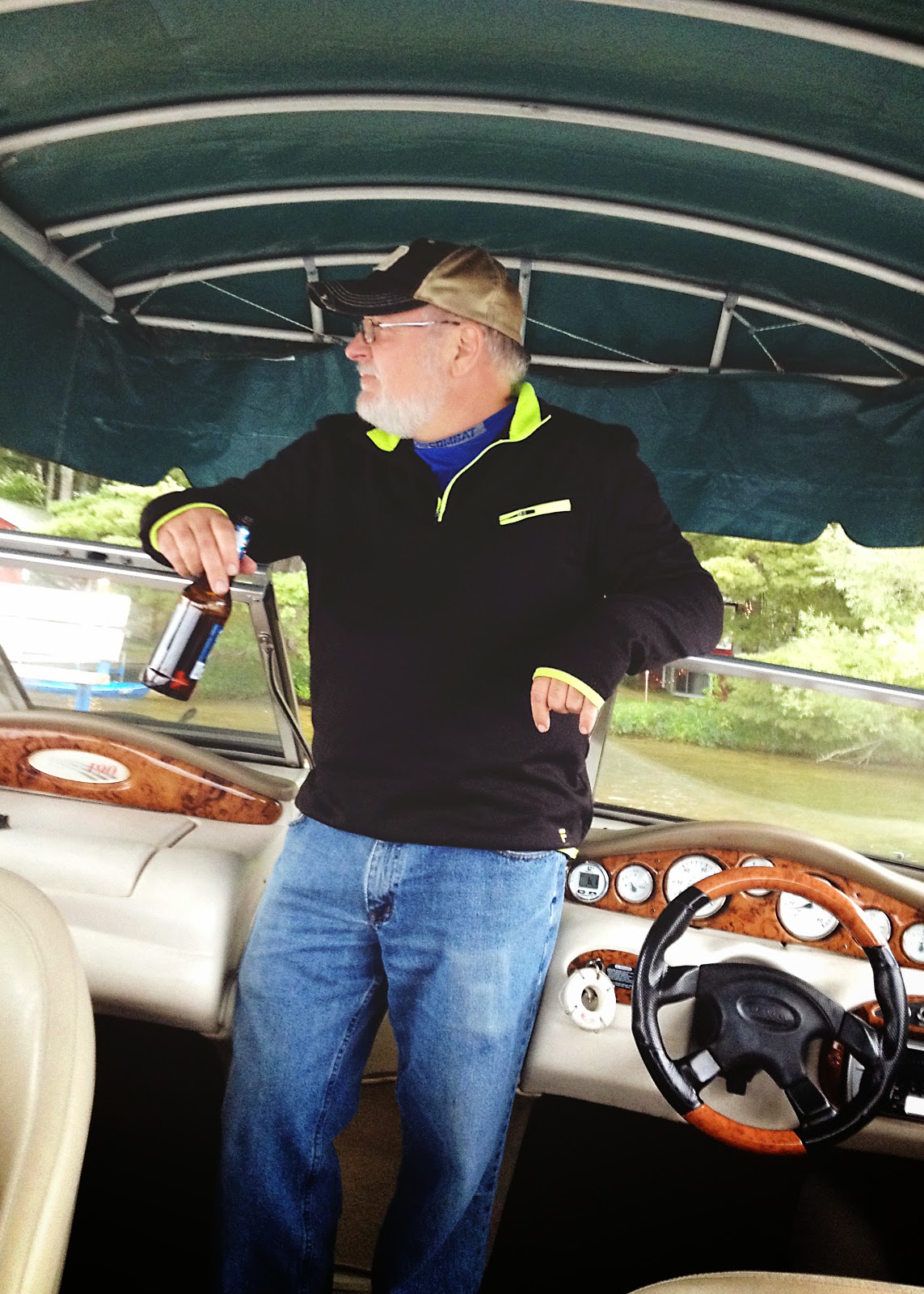 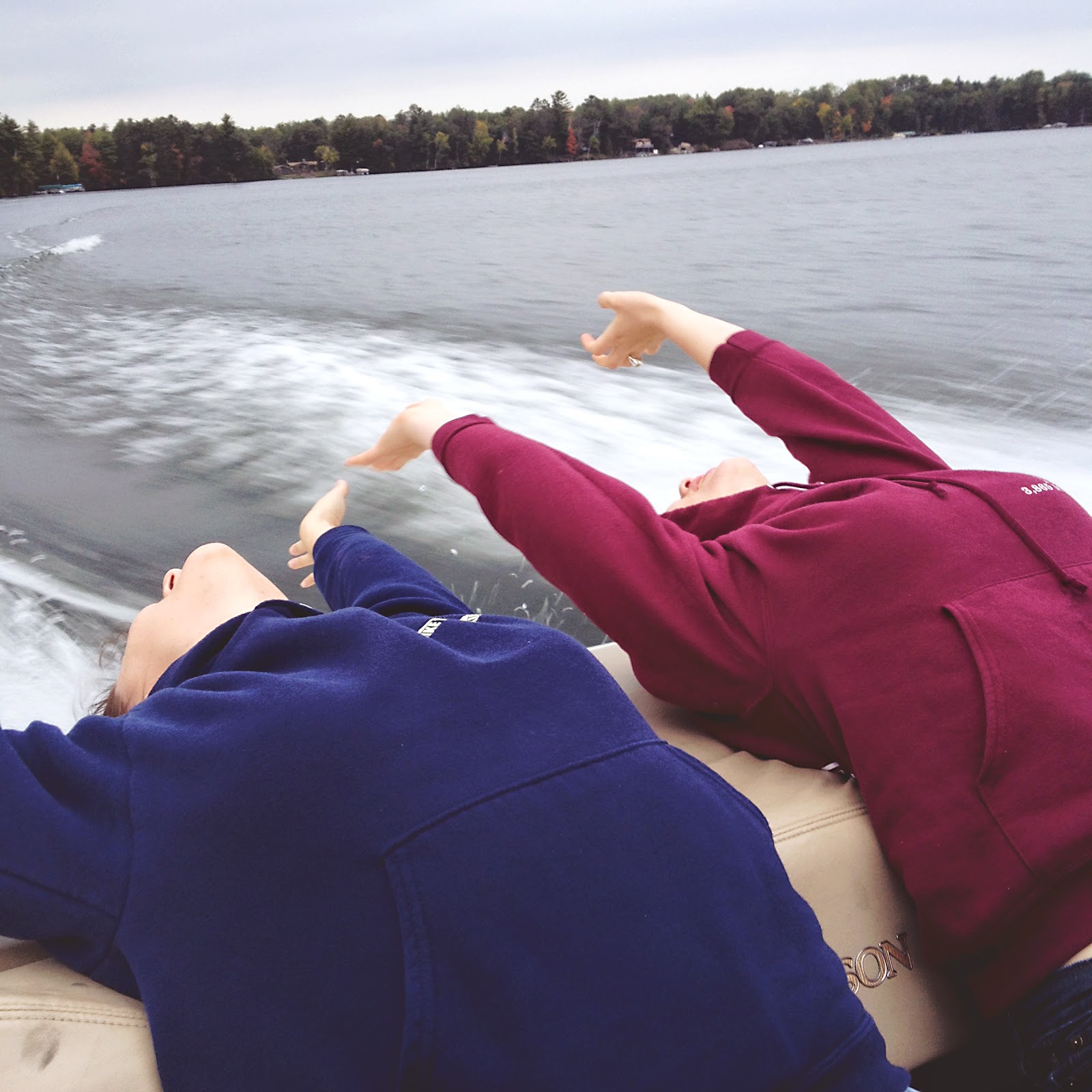 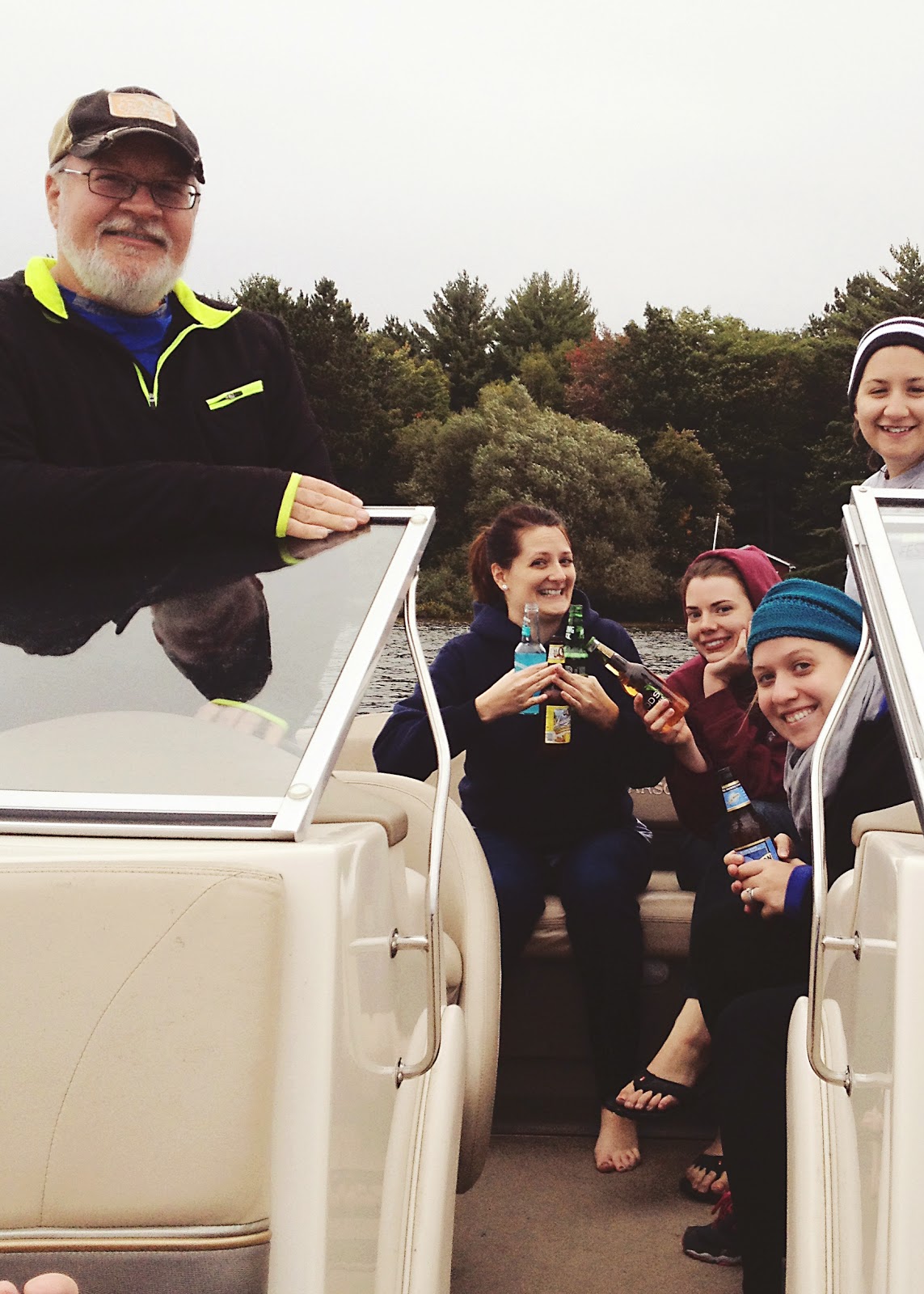 I'm fairly certain this is the last photo of Nora with her burglar hat too. 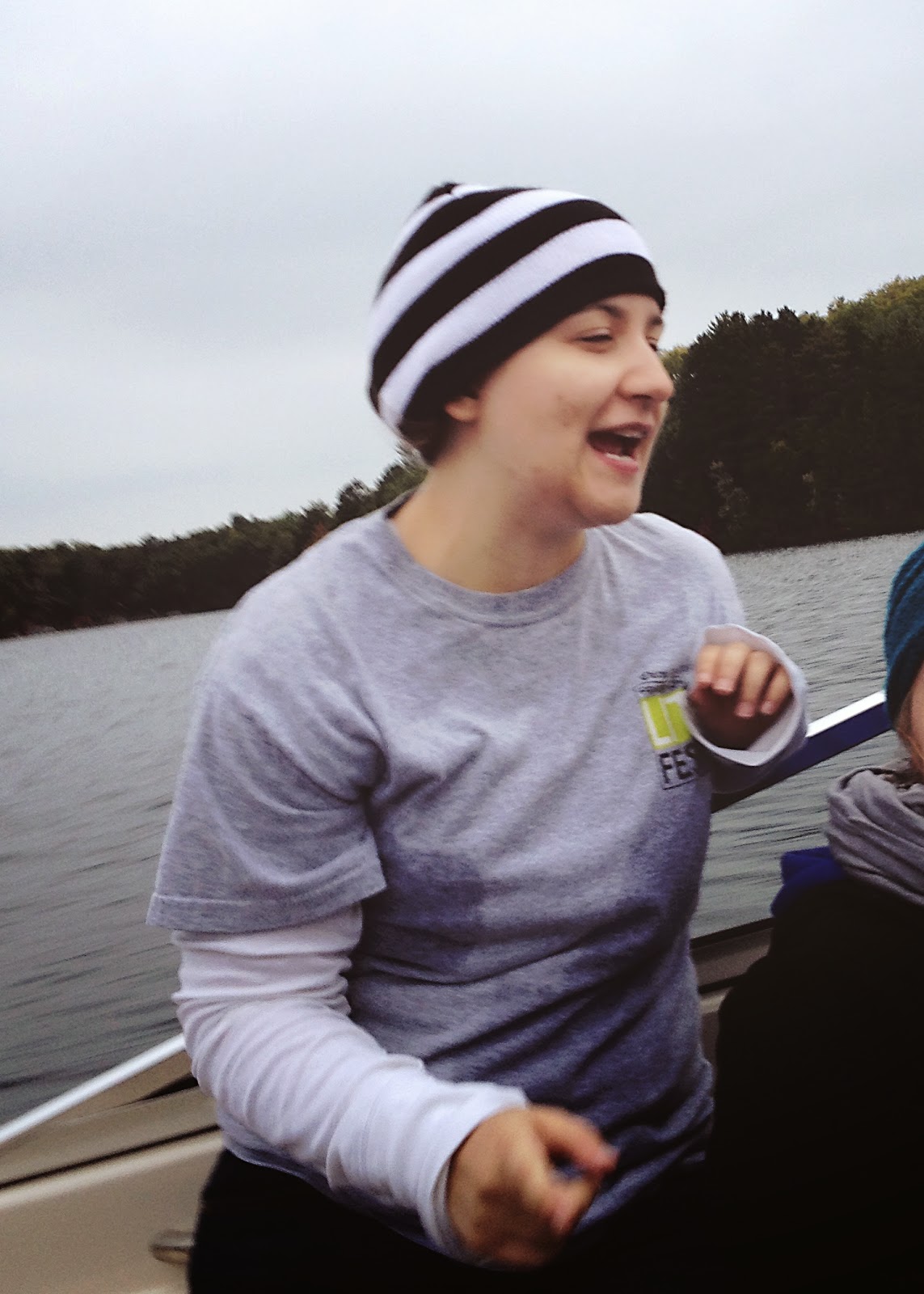 Despite the cold weather, out came the wet suits and some water fun.  I did get in a wet suit as well, but I do not yet have evidence of it... it's out there somewhere.  There was dancing on the raft.  Very good dancing.  Artistic stuff. 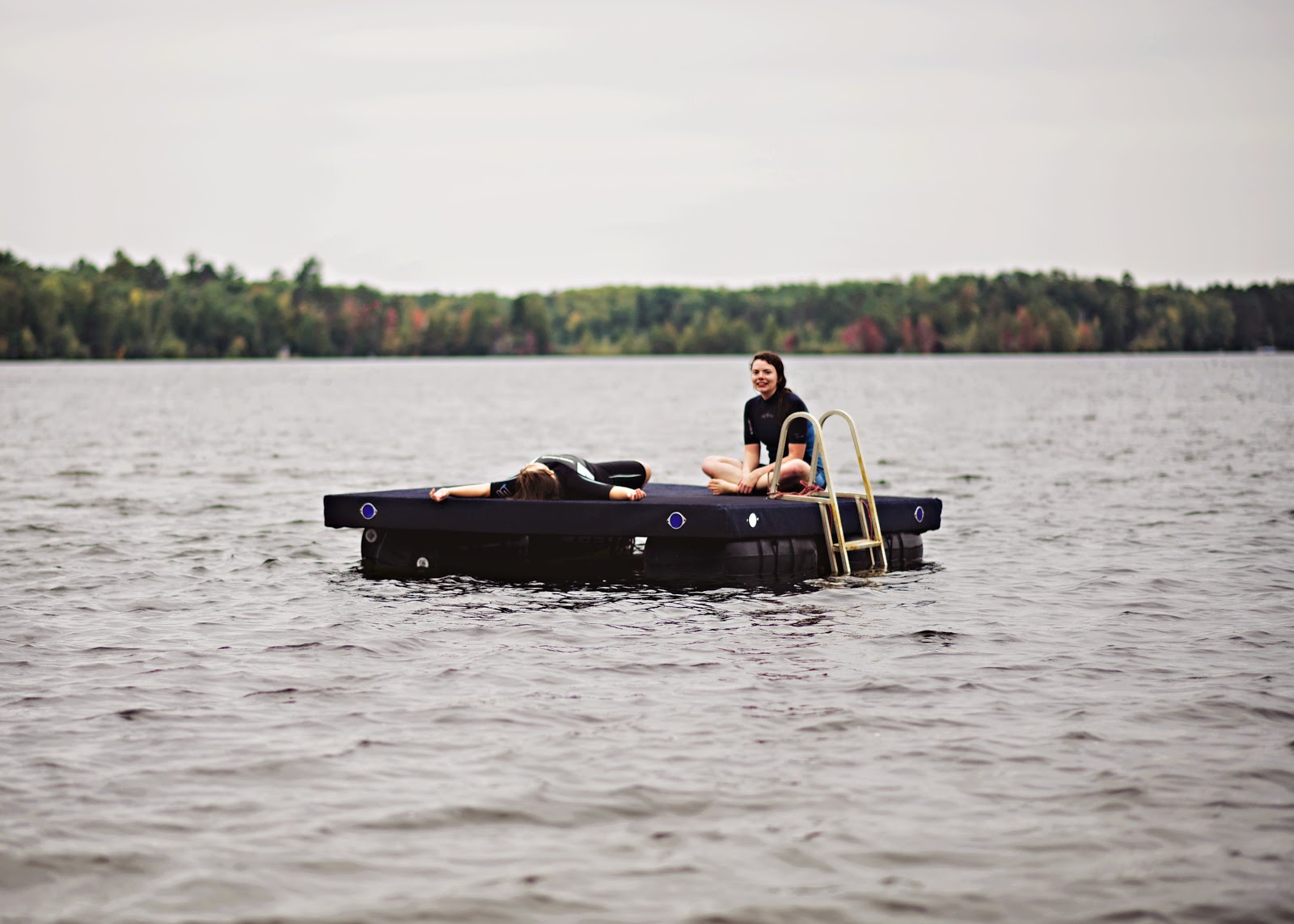 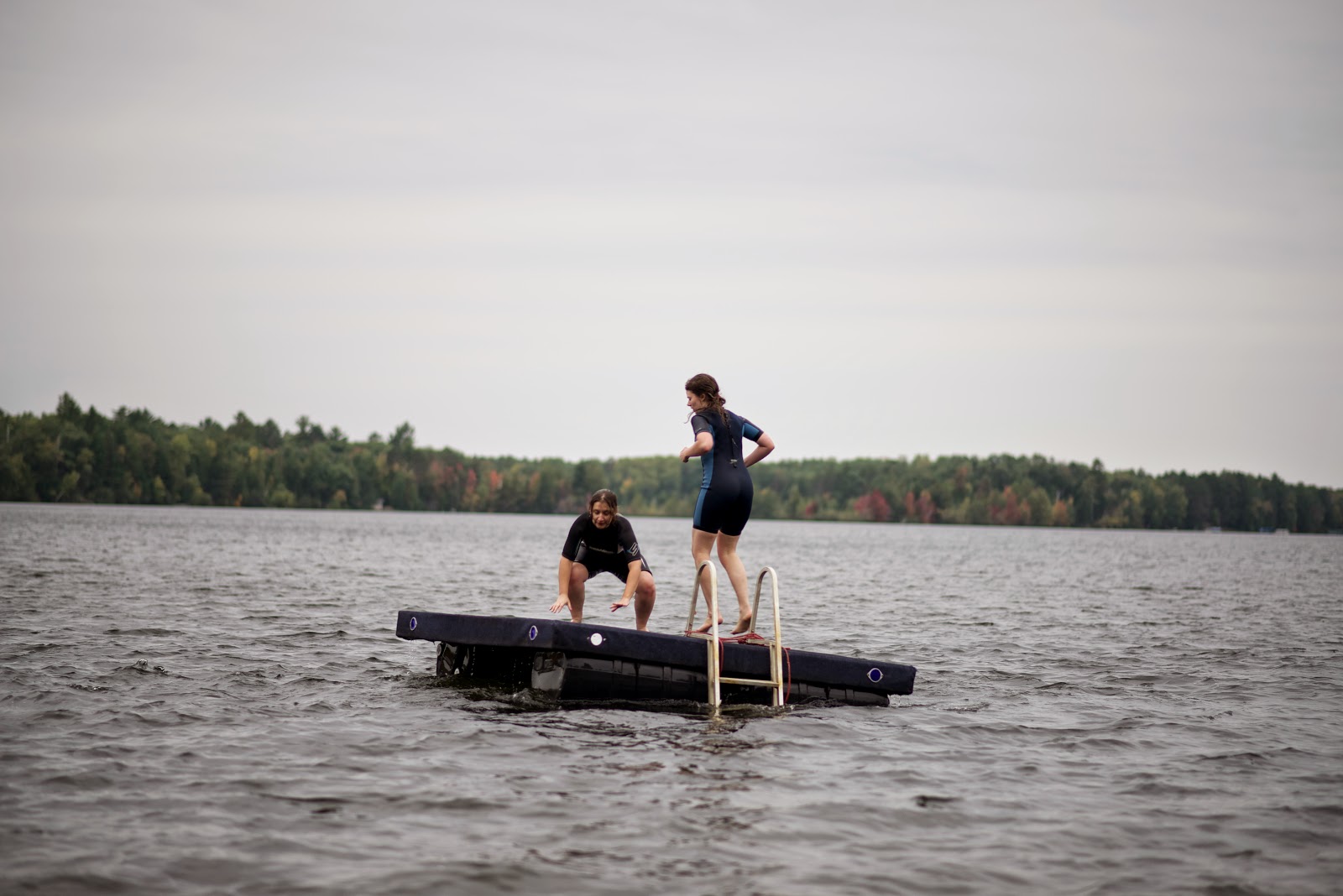 There was this... I think I was calling myself Jay Cutler and throwing a beer at someone. 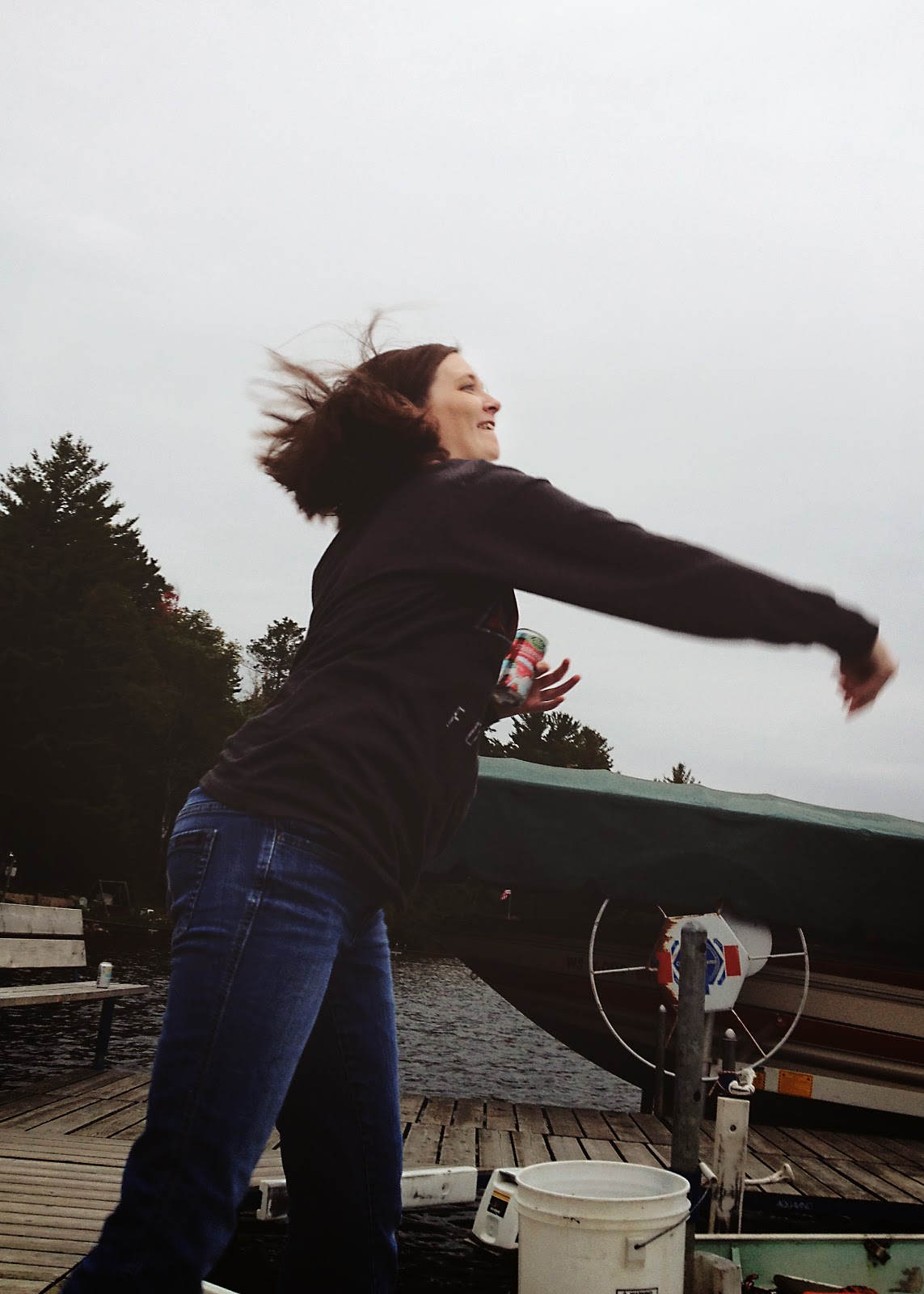 And there was this.  No idea why we were wearing the orange hats.  I vaguely remember a discussion about it.  Apparently it was the cool thing to do. 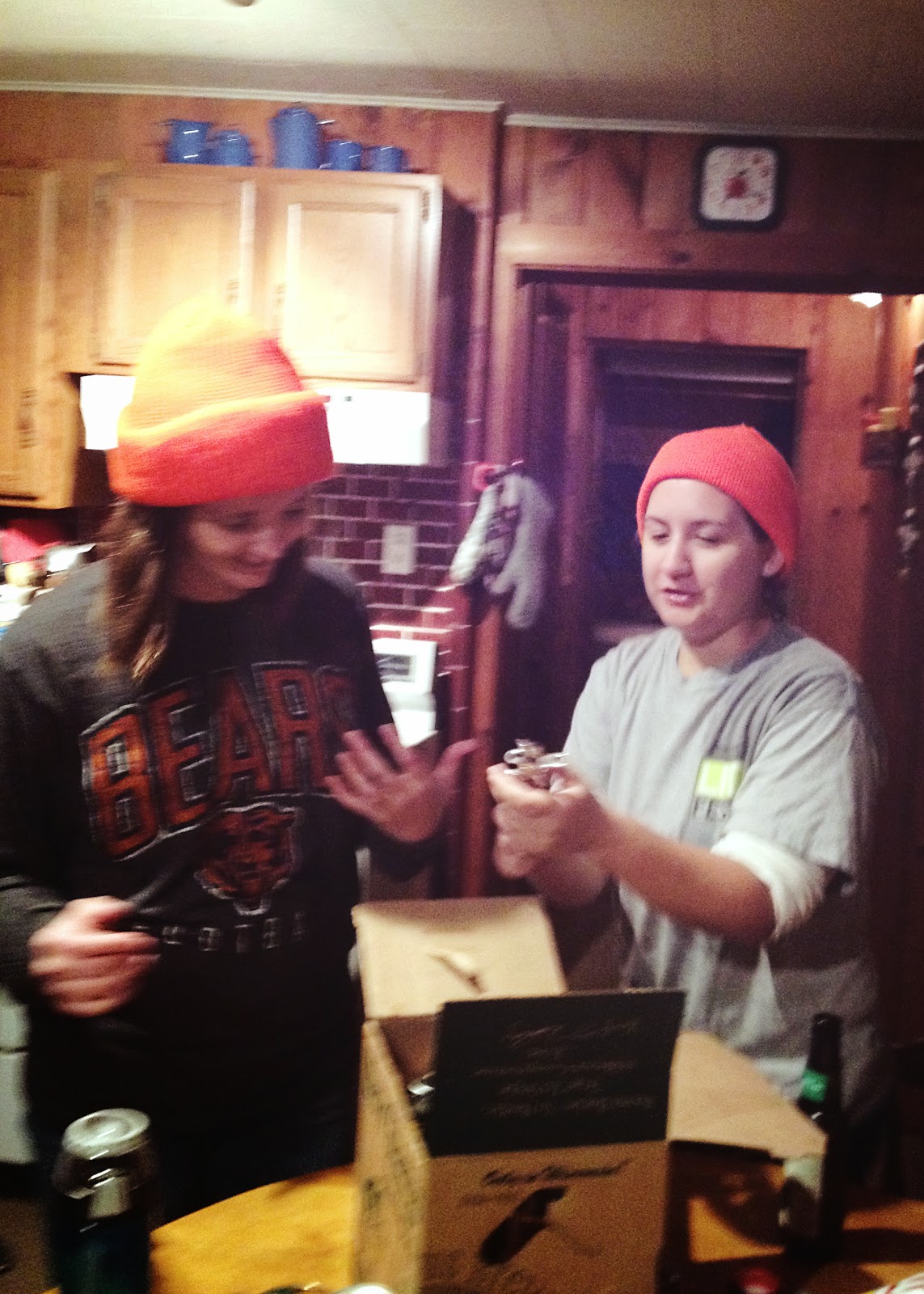 Come evening, we had some dinner.  Lots of mac n' cheese.  Uncle Jack convinced some of us to go to the casino.  I walked in with $40 and left with $.35.  Not so great, but still fun.  I enjoyed learning all about the slots.  Once we got back from that, I went to sit down on the couch to rest my eyes for a moment and I did not wake up until morning.  I think someone tried to wake me but I was dead to the world. 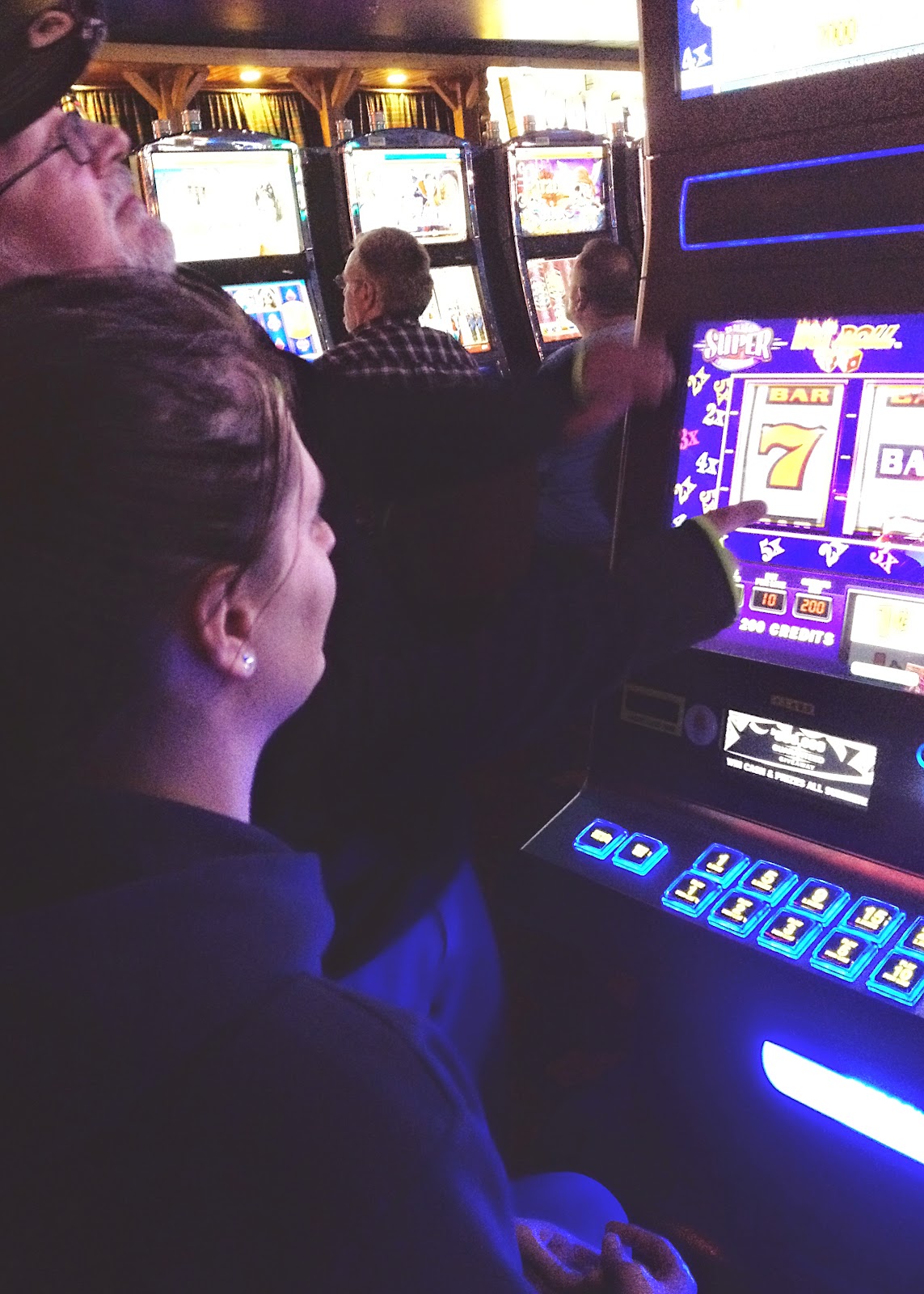 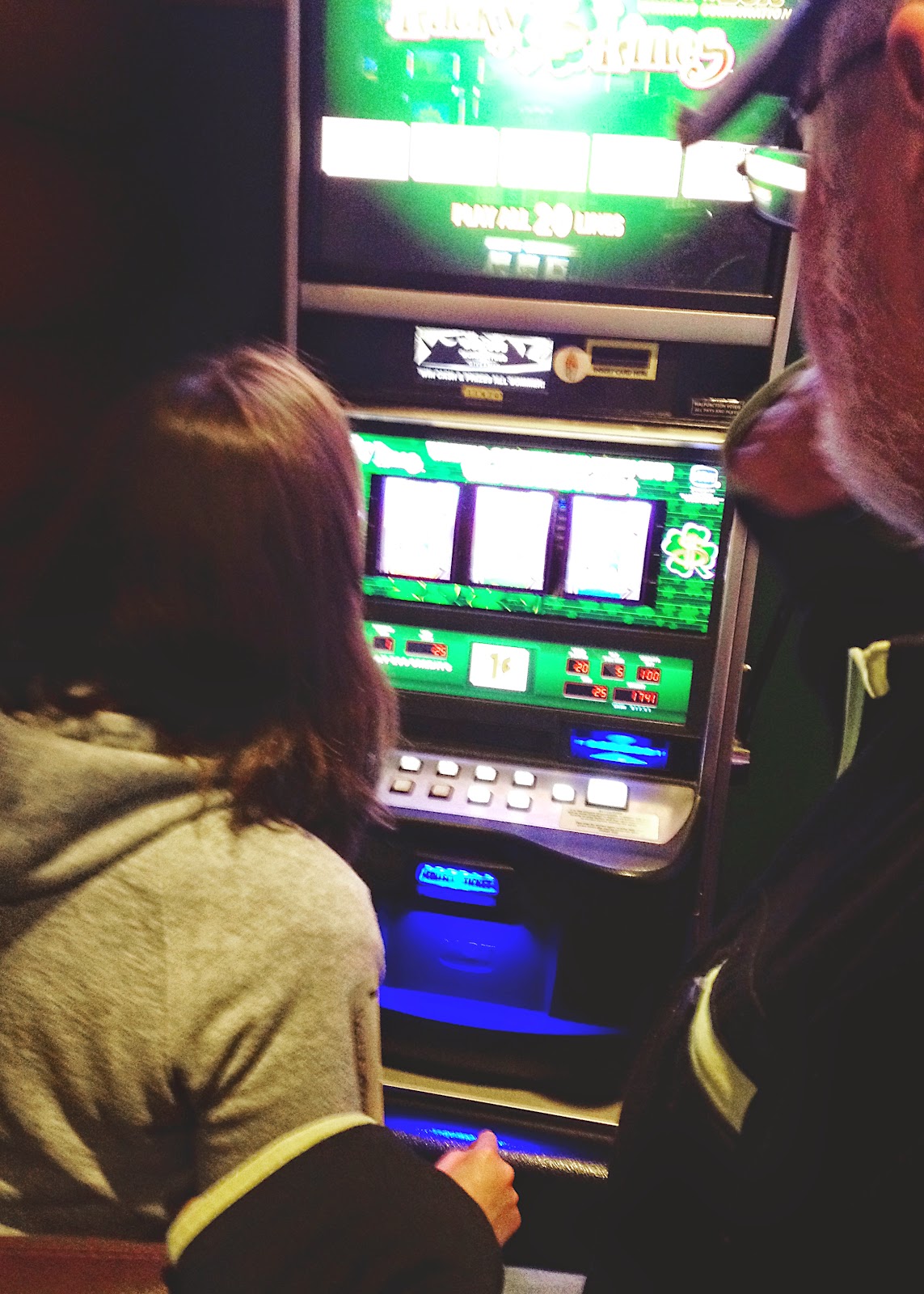 The next day was filled with more drinking.  Why not?  No kids.  No responsibilities.  Bring on the booze!  We had breakfast at Bunyans and then Uncle Jack took us on a three hour tour.  It was pretty cool, but I think it got cut short because us boozin' ladies needed a pee pee break. 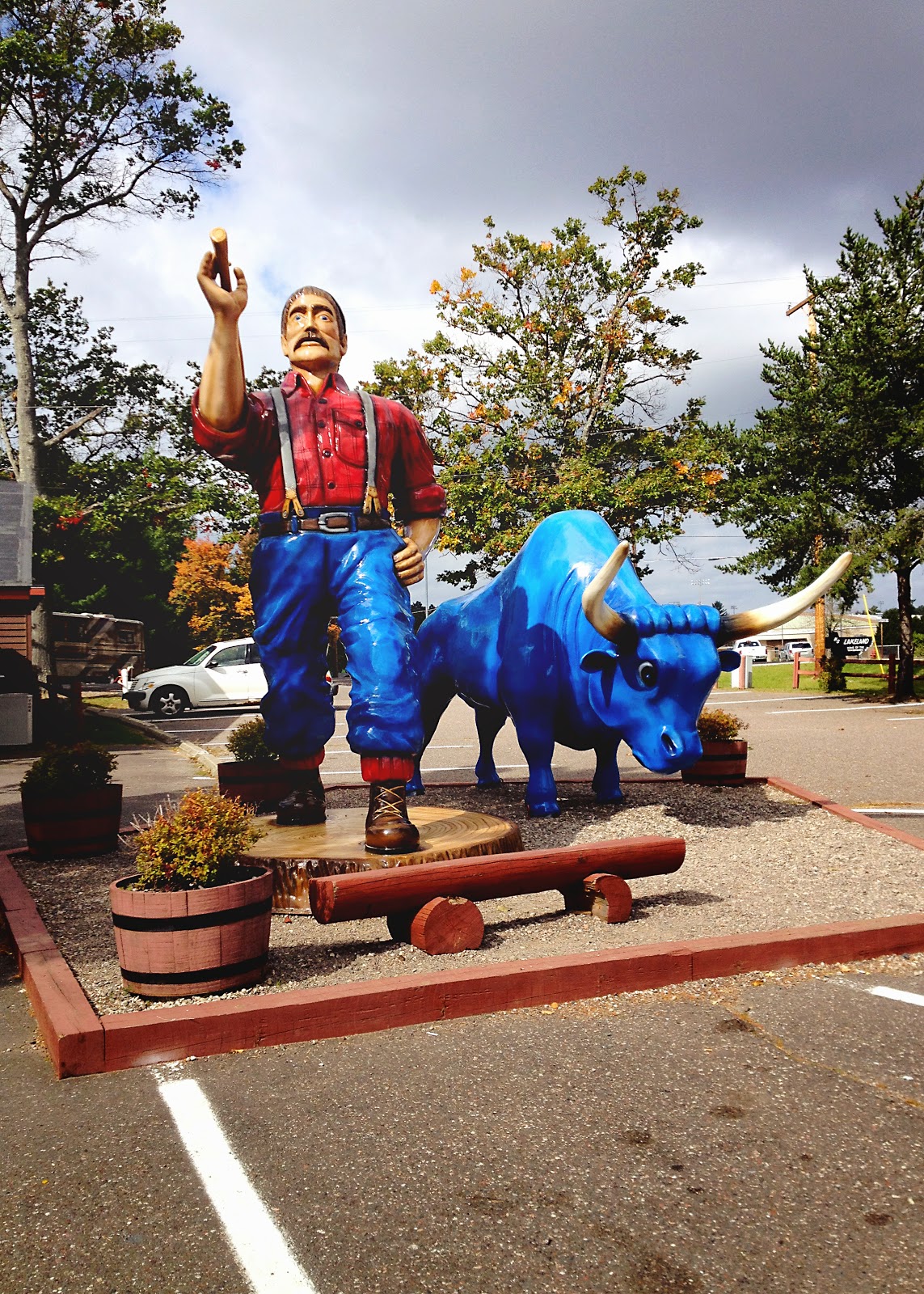 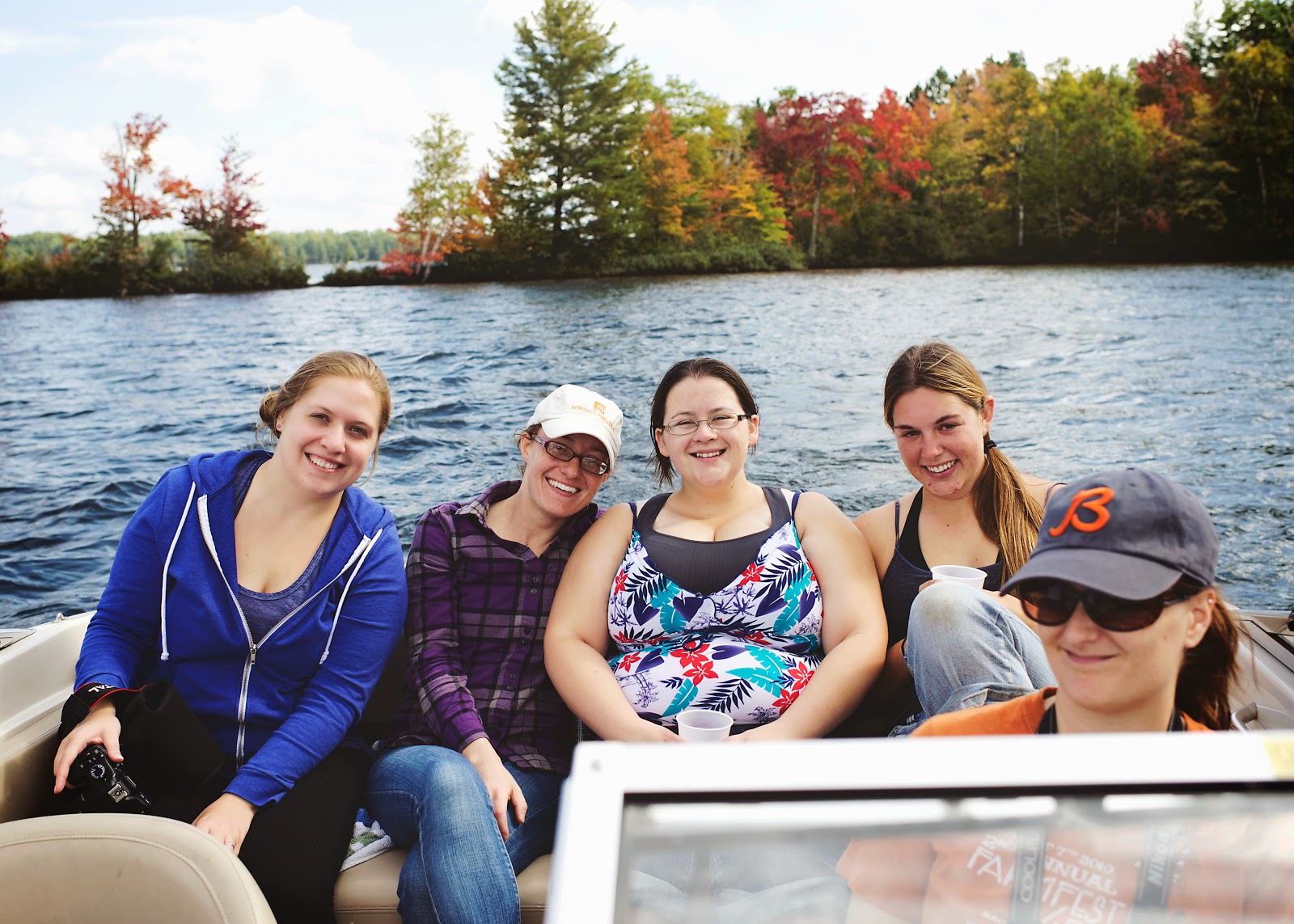 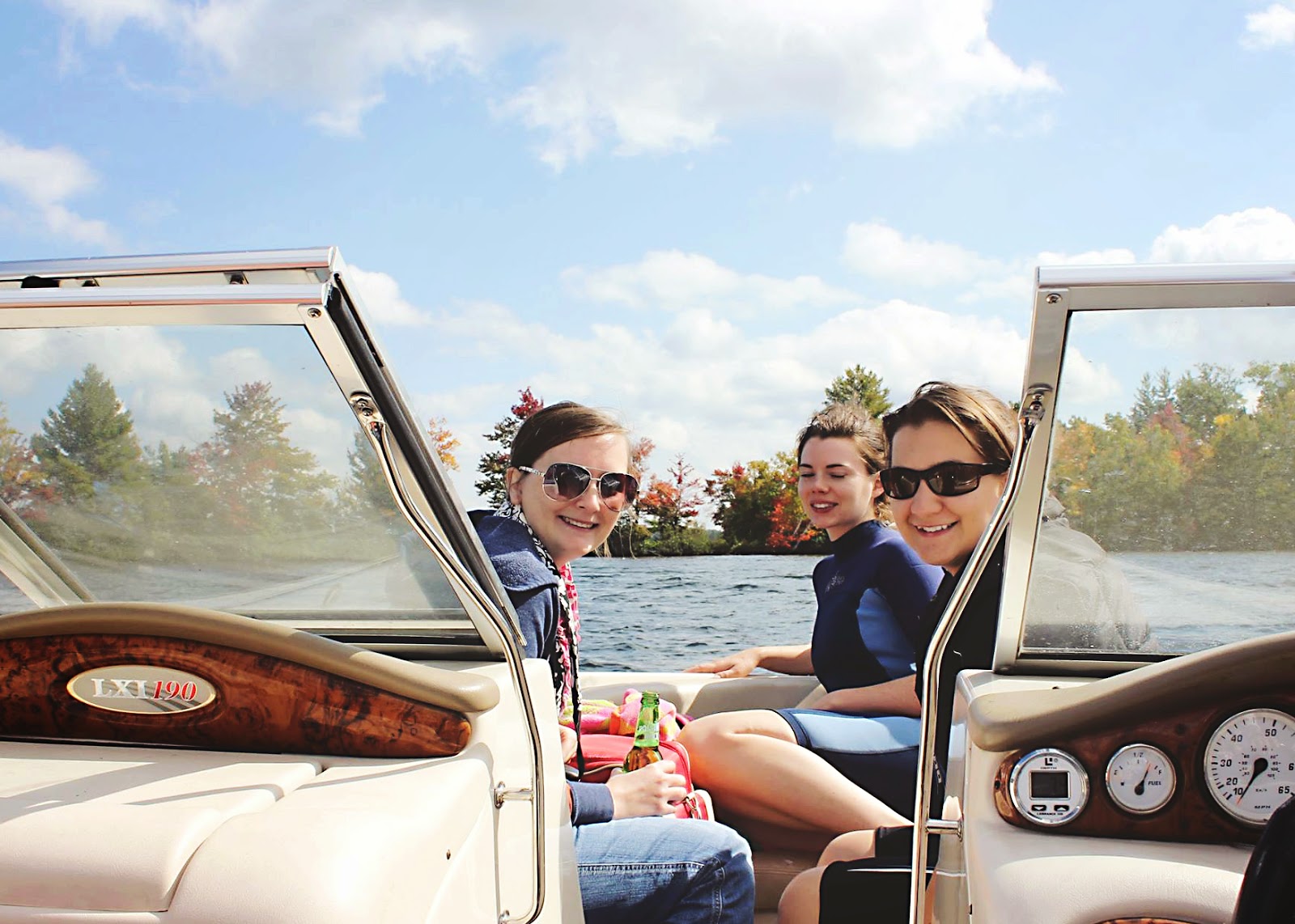 Our Saturday afternoon rounded out with some water sports.  Not me... I stayed in the boat taking all the photos.  It looked like tons of fun though... really.

We also got an early fire started.  I think I love Minocqua campfires more than anything else.  So relaxing! 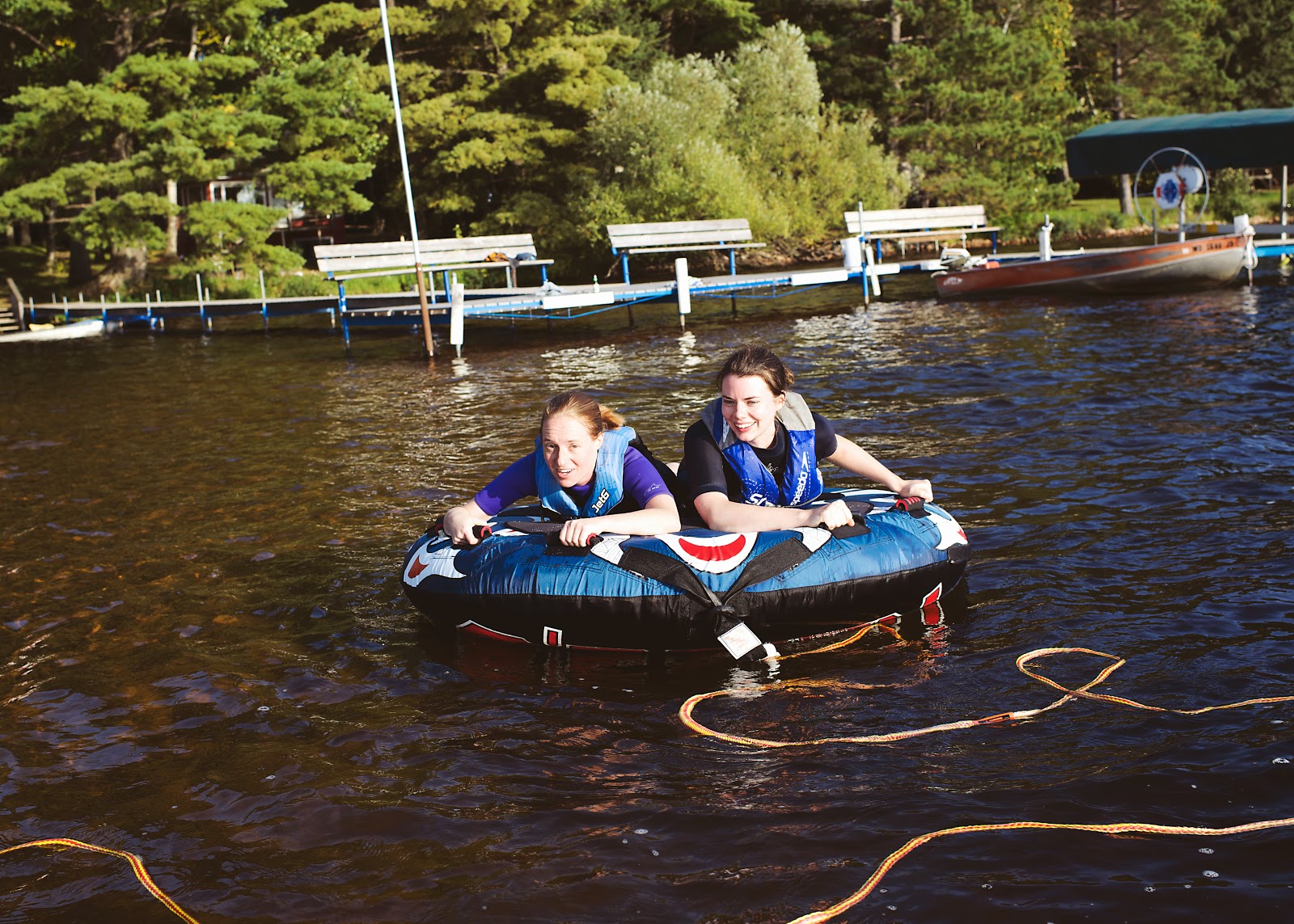 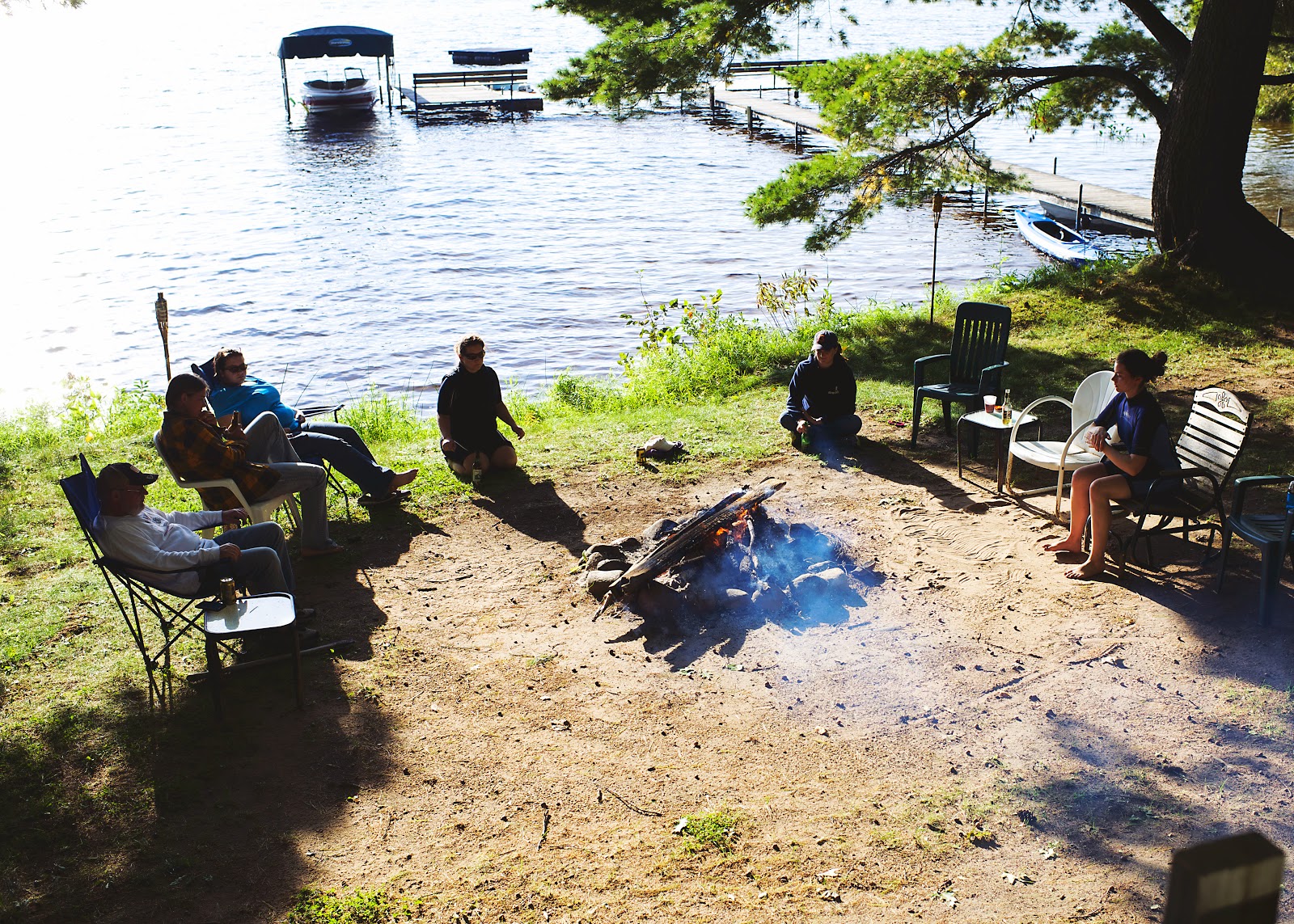 I think dinner that night involved some pizza?  Maybe?  Dessert was a happy birthday song in cinnamon rolls to my soon to be sister in law, Kira.  The cinnamon rolls, of course, got toasted on the fire afterwards... because us ladies dare to boldly go where no one has gone. 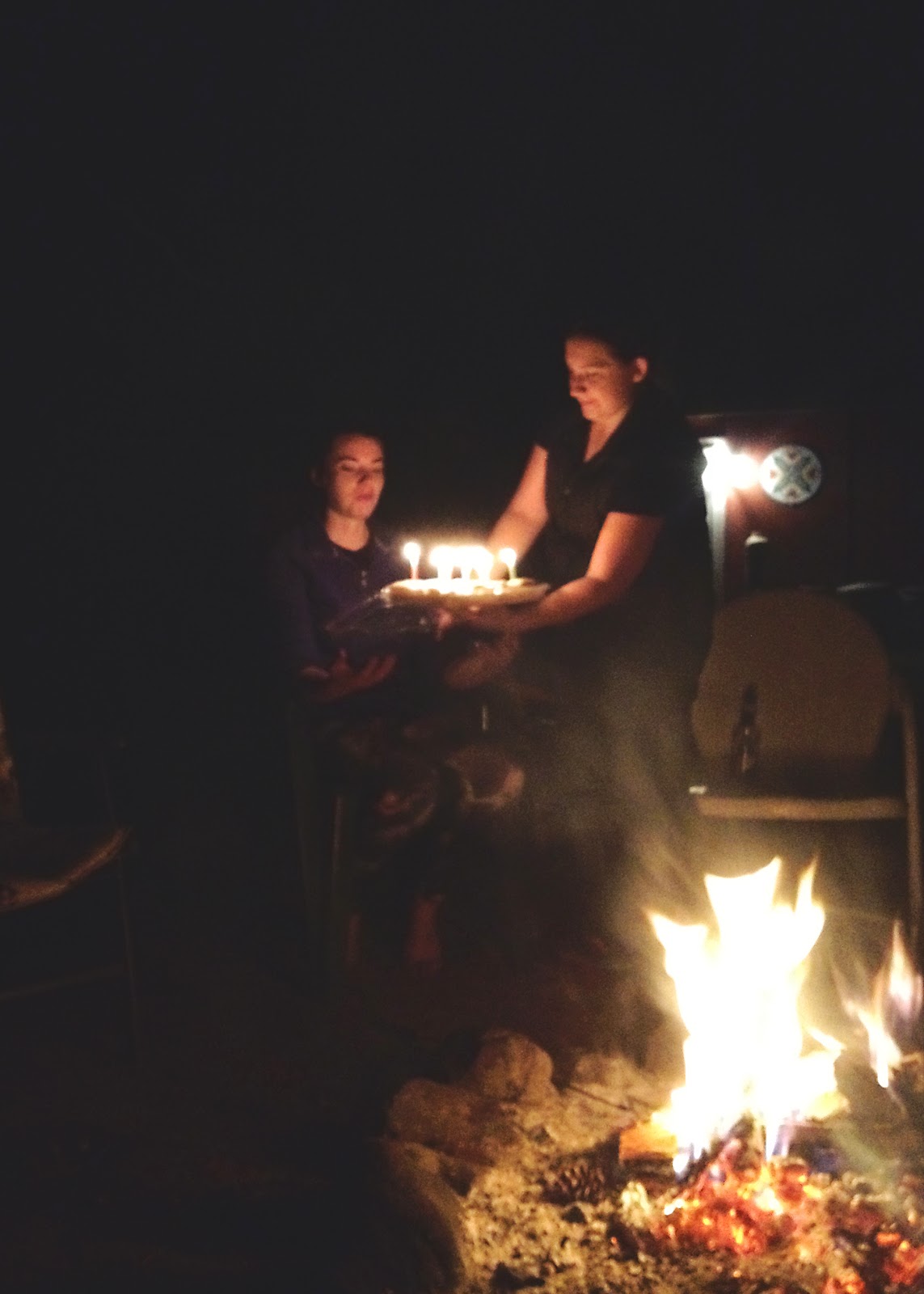 Aunt Marilou joined us later that night and we played Cards Against Humanity.  BEST GAME EVER!!  I have no photos of this, but it was seriously awesome and I think I need to buy that game and throw a party just to play that game.

We all headed back home before noon on Sunday.  Not with out some finale photos though.  To document our first girls weekend.  Which has been renamed to FBD weekend.  I'm so glad we were able to come up with our own name!  FBD...  stands for 'Farts Be Damned' and it all started with a bag of chips.  That's all I have to say about that.

This was an awesome weekend and I can't wait until next year to do it again!! 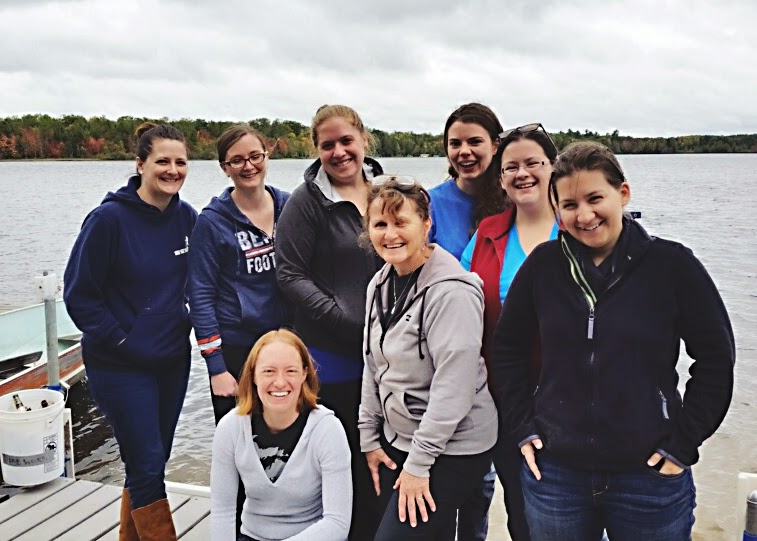 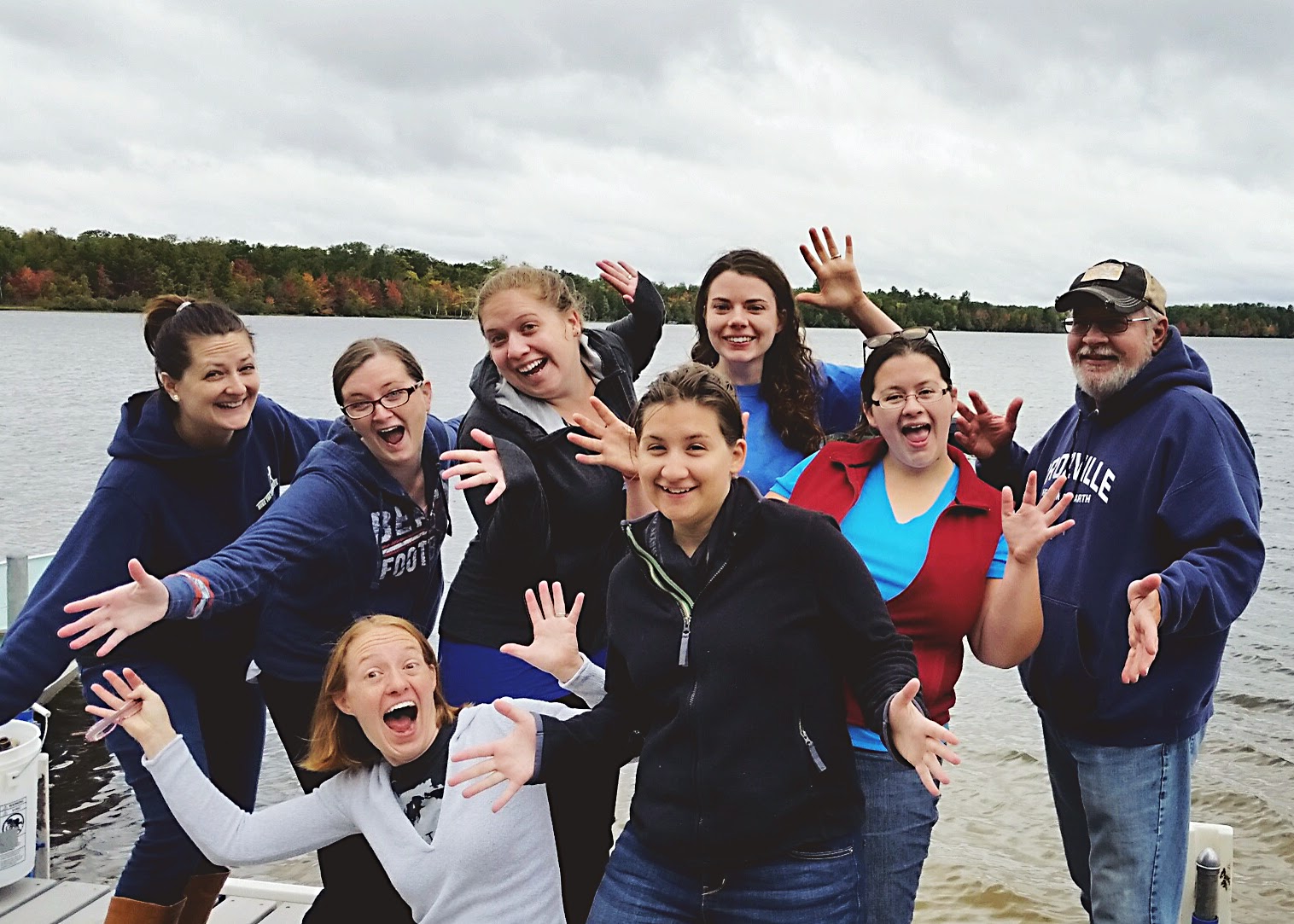