We got a lot of snow today.  A lot.  My three year old, Quentin, has been forcing a lot of "Do You Want to Build a Snowman" on me lately so I thought I'd see if he wanted to go outside and play in the snow.  Wasn't sure if the snow was "snowman" material but he was game anyway.  As luck would have it, so were his brothers.  They started to scramble around looking for some outdoor gear.

I was just finishing my breakfast and still in my pajamas.  I wanted to get in the shower.  But that snow was calling to me just as much as it was them.  I wanted to get out there and play with my kids. I love when they try to derail me from my normal crazy and make me be kind of a kid again.

So, I joined the scramble.  I looked for hats and gloves and warm footwear just like the kids.  Most importantly (to me anyway) I grabbed my camera, ready to shoot some fun outdoor moments. 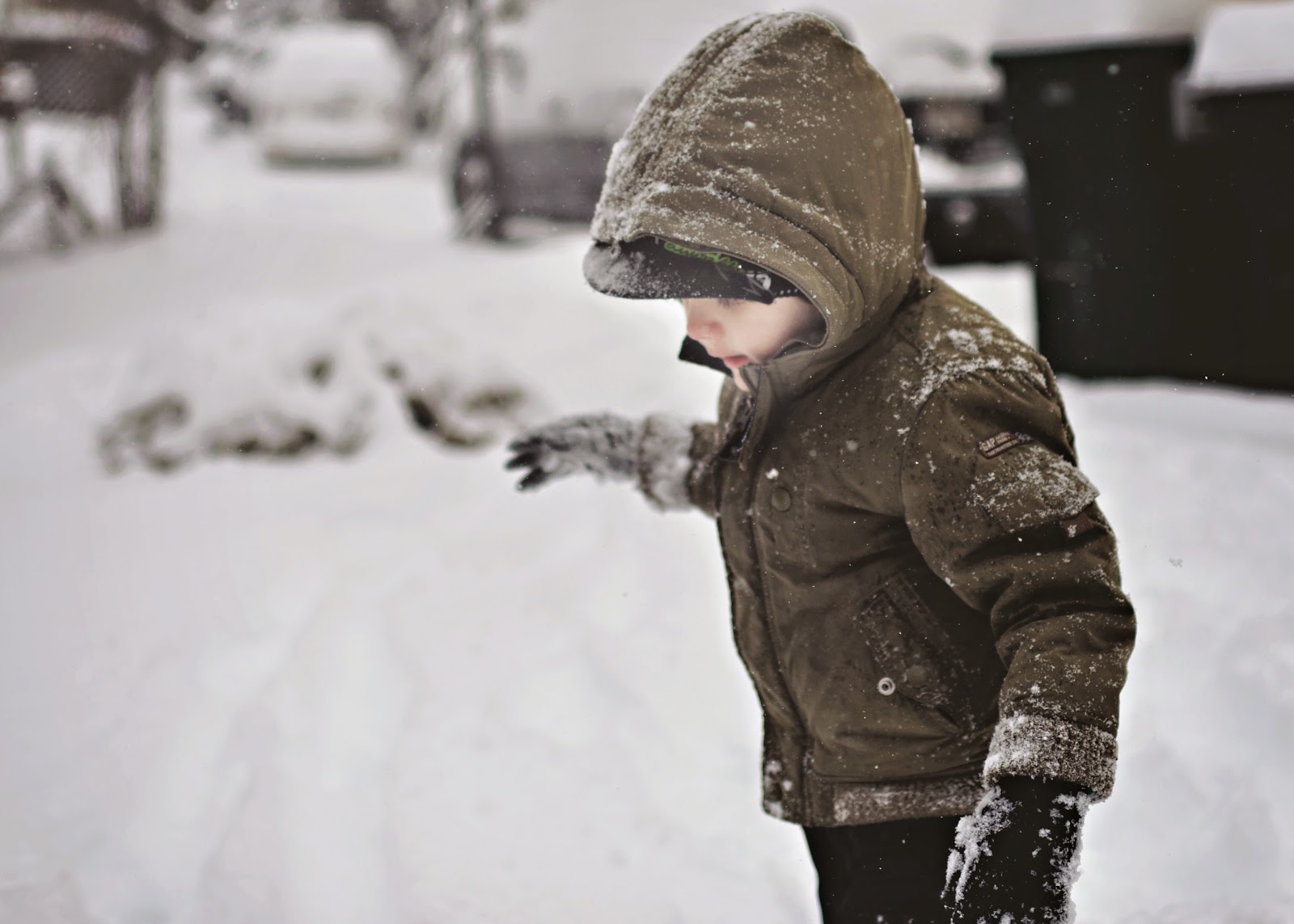 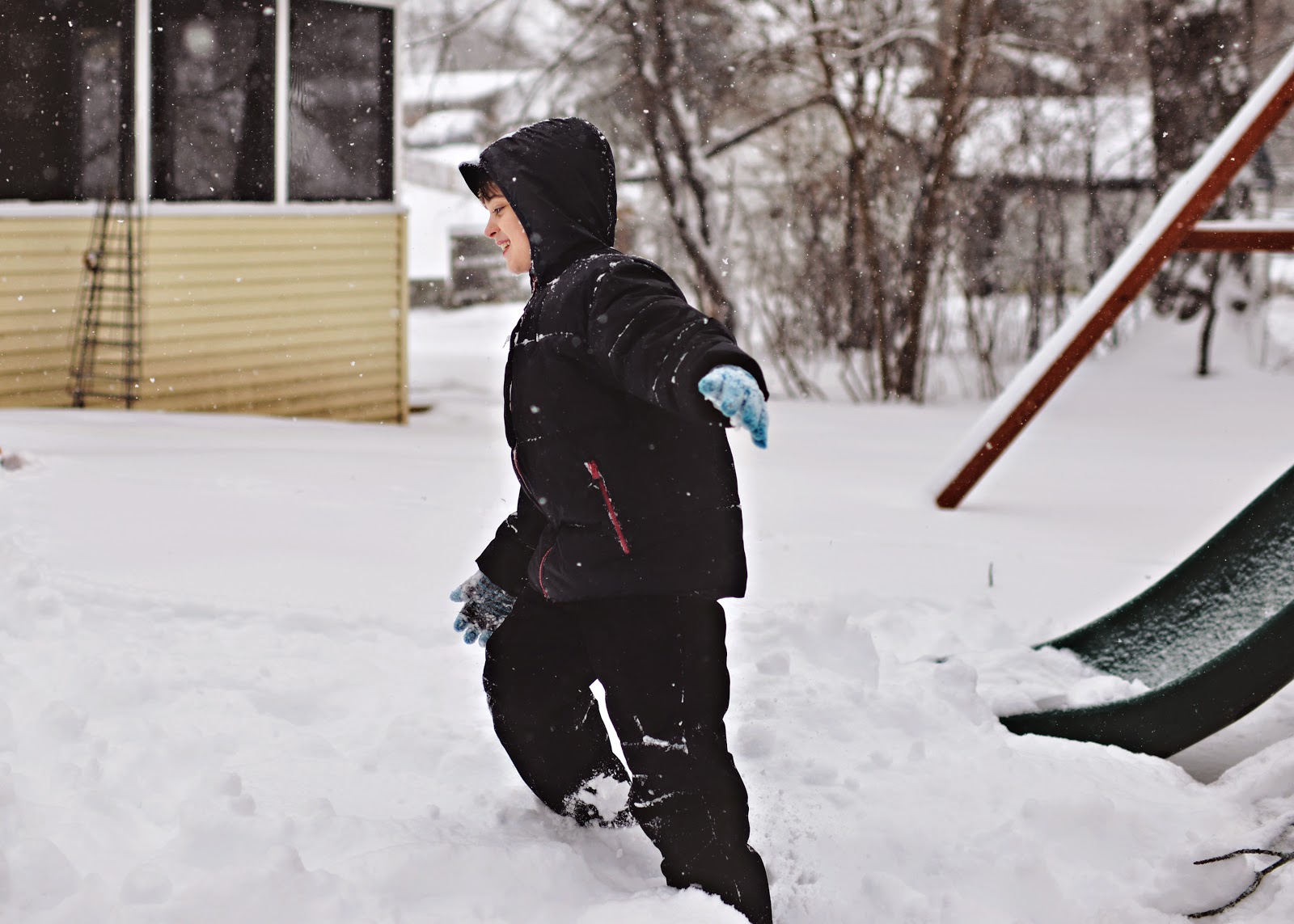 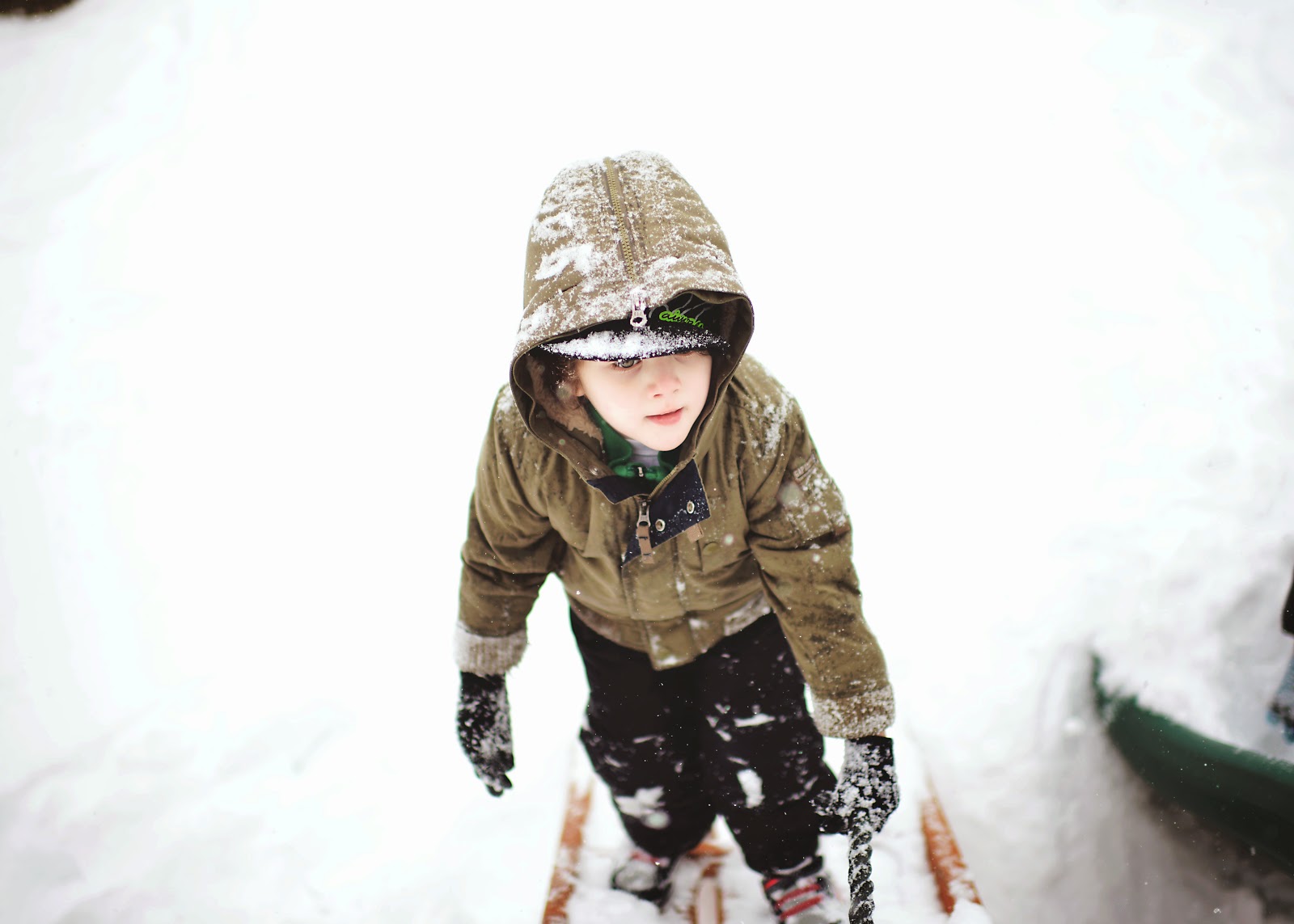 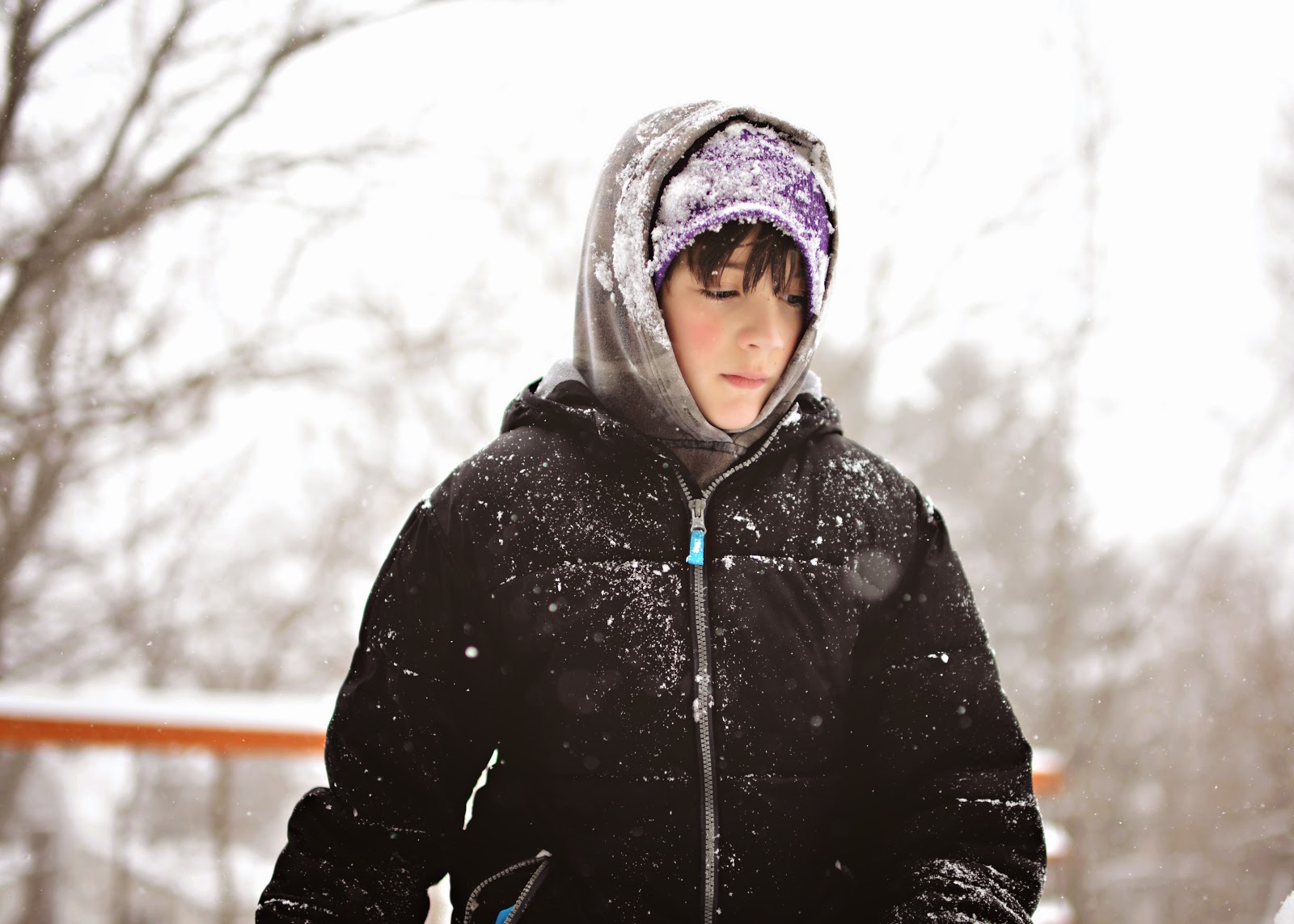 The swing set is actually pretty fun in the snow.  The end of slide is buried in snow, so going down it is a blast!  The boys cleared everything off and I hung the swings. 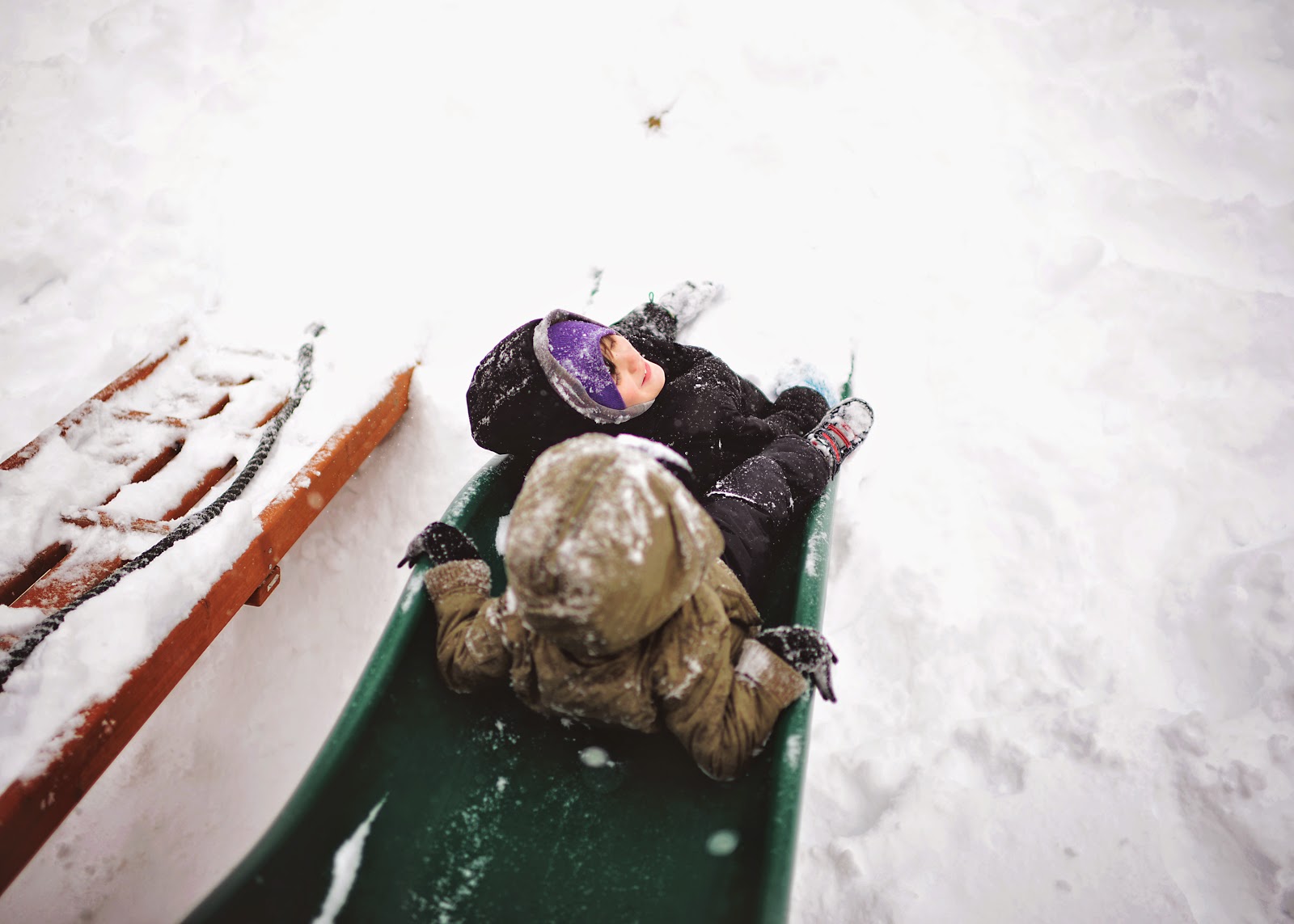 I have to say, hopping around in that snow was fun.  Making big foot prints.. having snow on my jeans going up almost up to my knees... it was awesome! 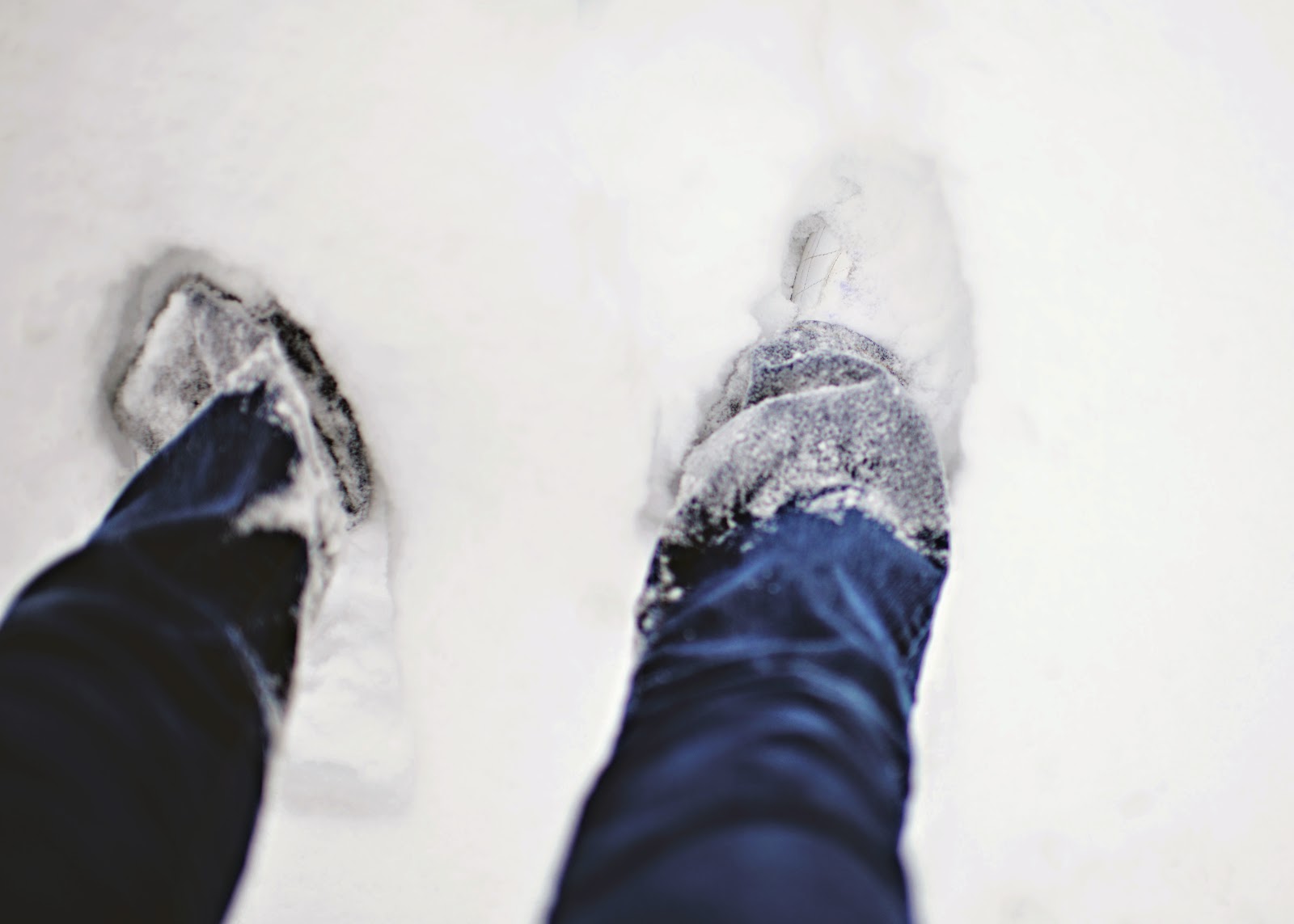 Nick spent a lot of time catching lots and lots of snowflakes in his mouth and Jeremiah relaxed making a snow angel. 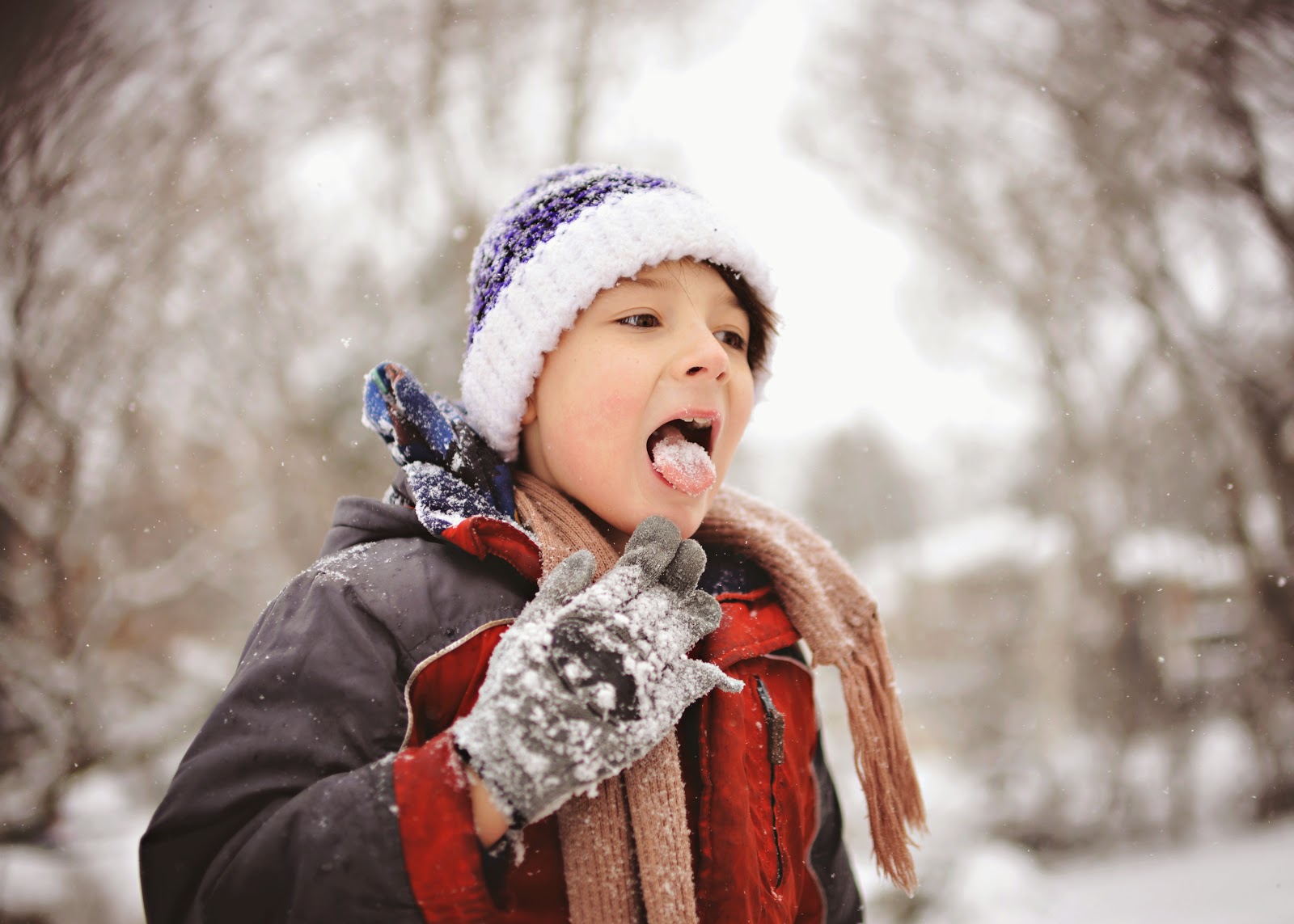 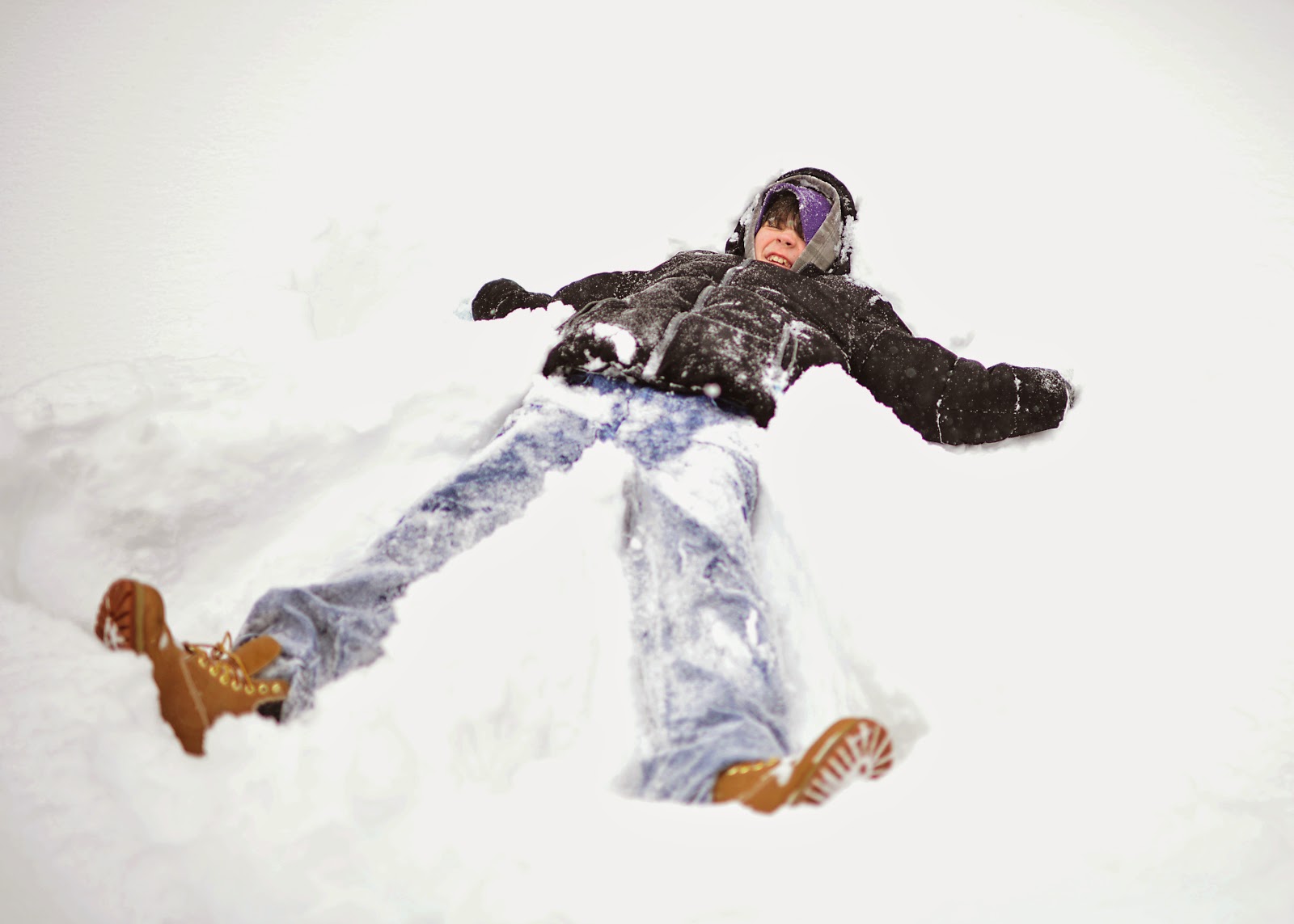 Mallory hasn't been 100% so I kept her inside.  But she sat in her chair and watched everyone.  In her Bears gear.  Because we aren't Patriots or Sea Chick fans. 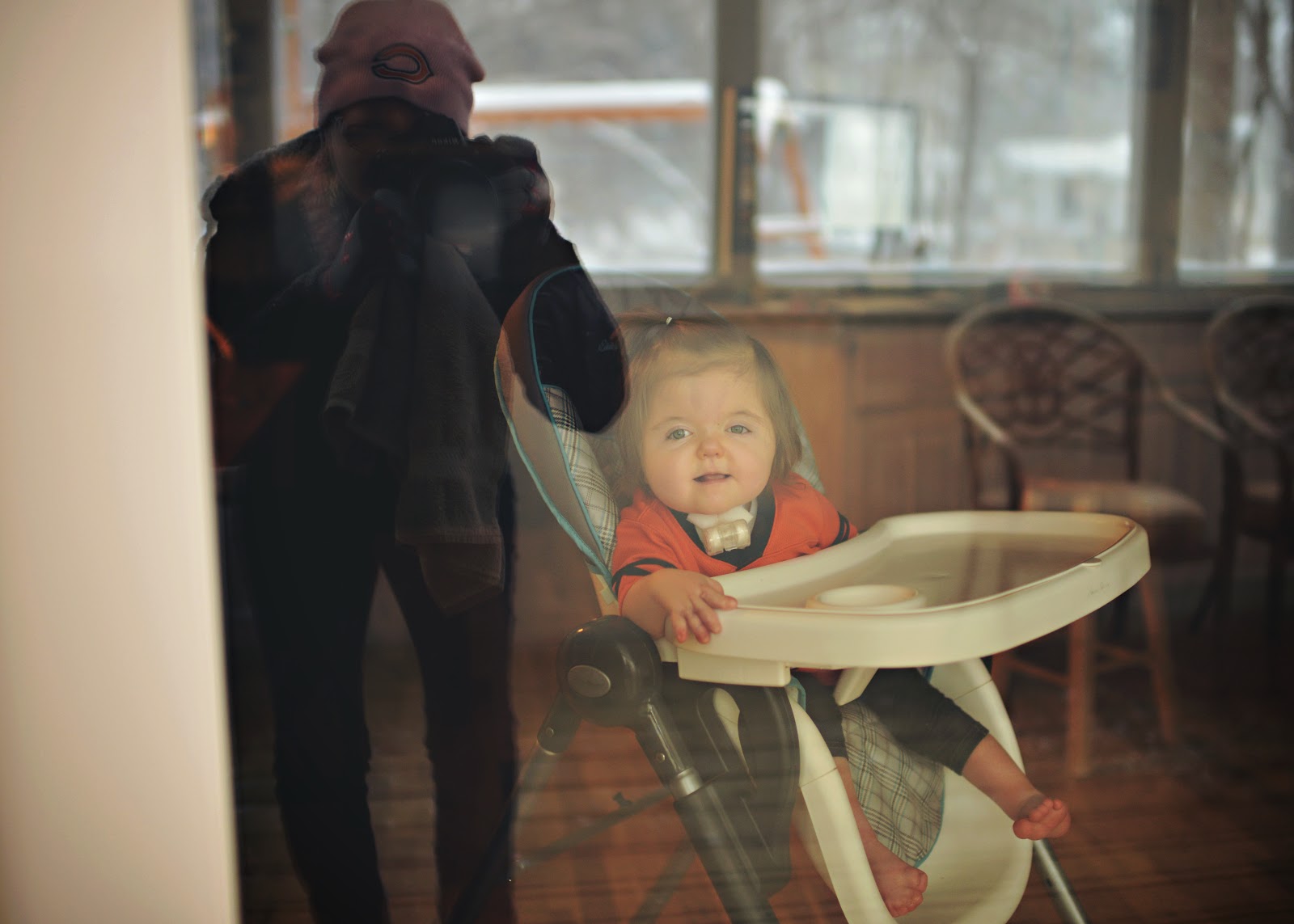 Quentin kept throwing snow at me.. which was.. fun.. but made me worried for the well being of my non-waterproof camera.  But he was having fun, right? 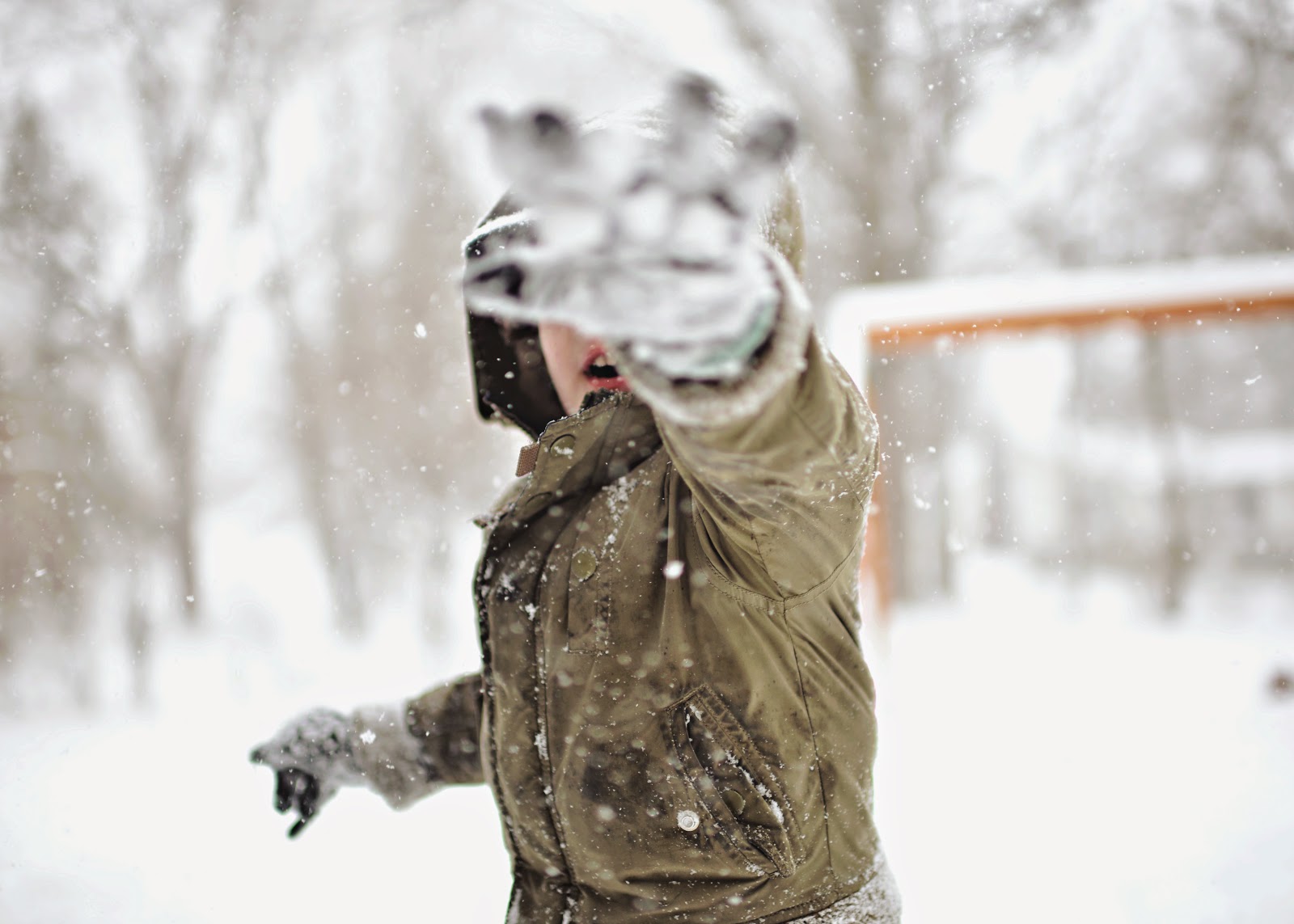 I love swings... love them.  Andrew thought it would be fun to swing and then jump off into a big pile of snow.  Isn't this the best time to do something like that?  Fresh, white snow makes the best landing pad! 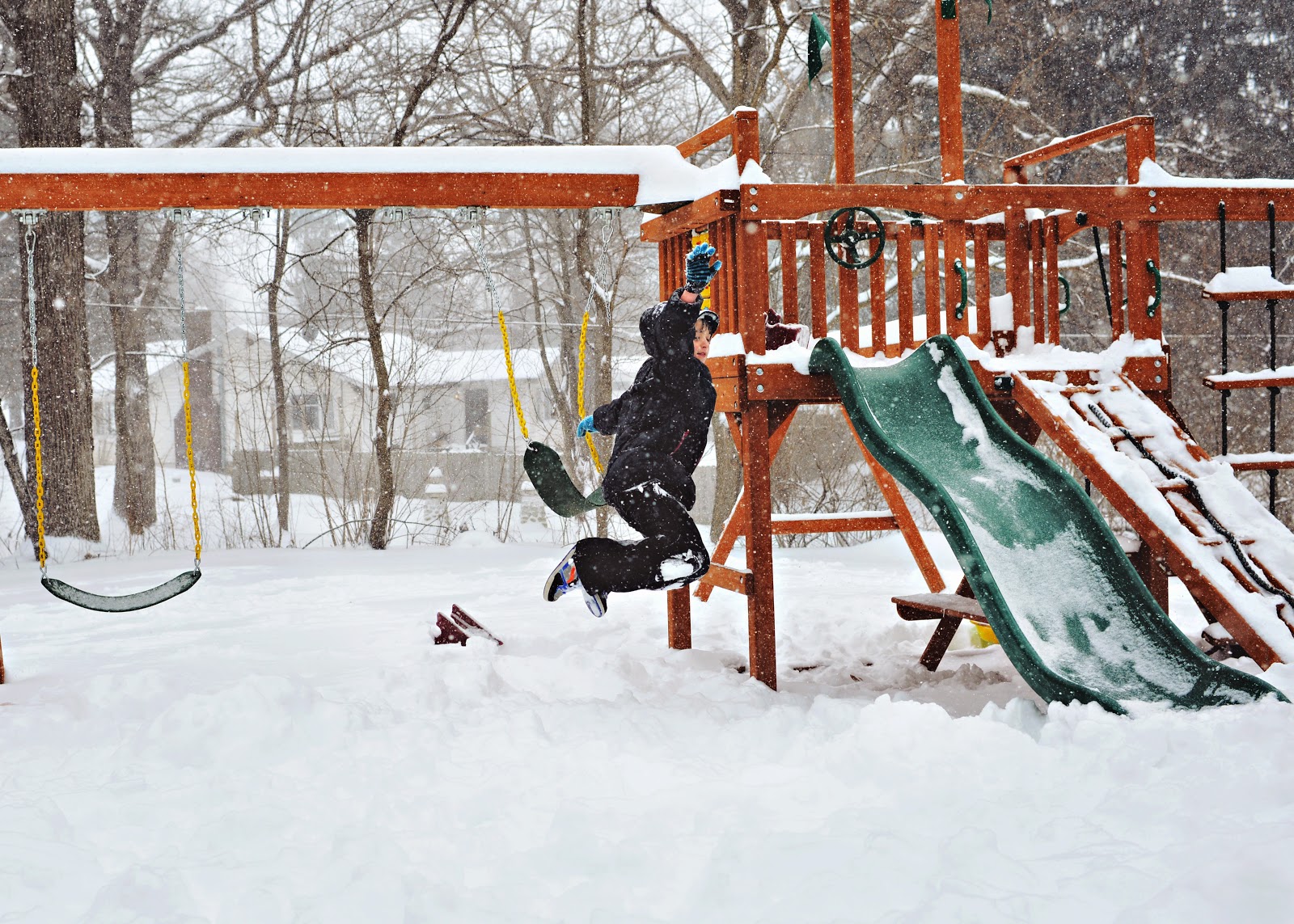 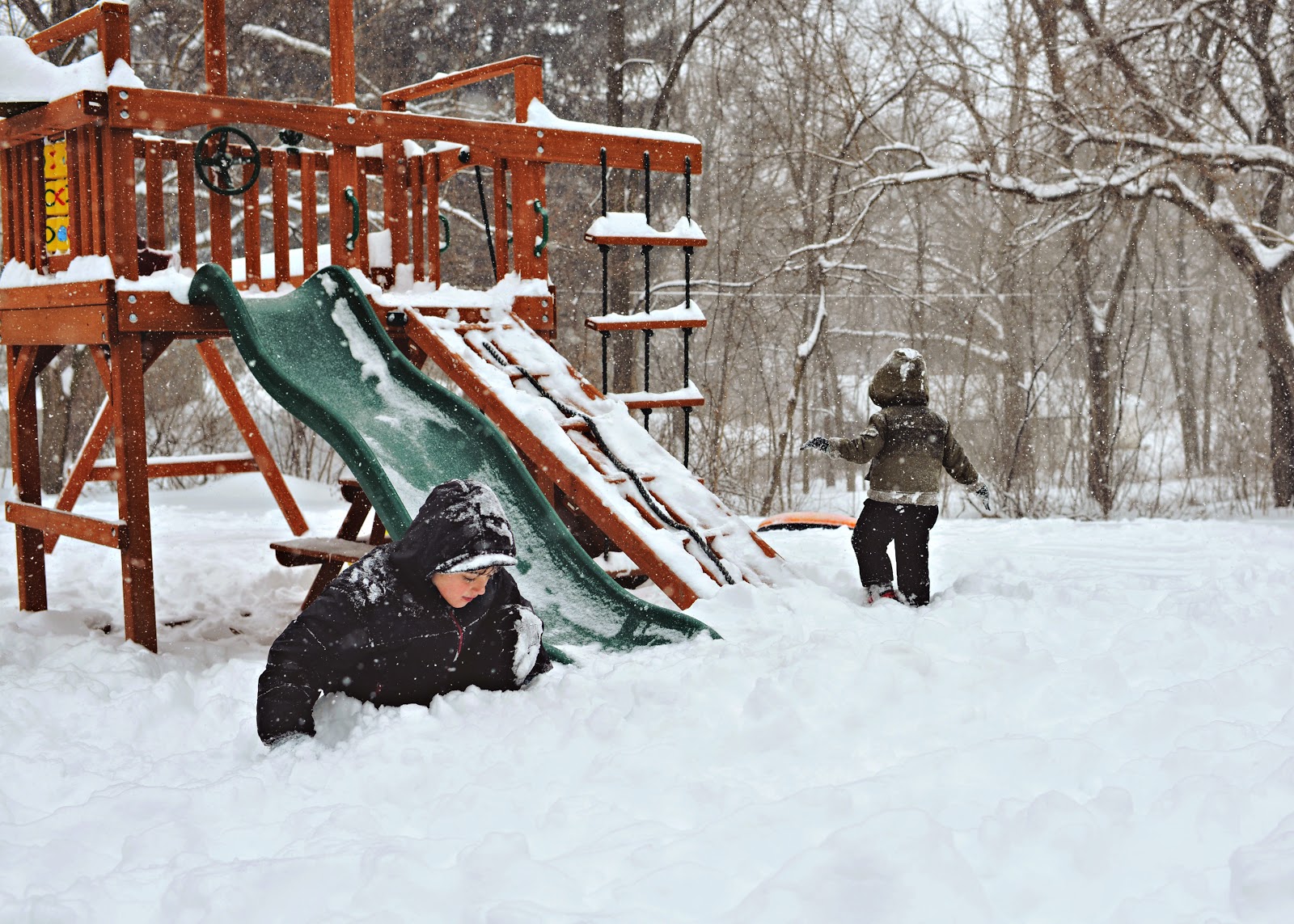 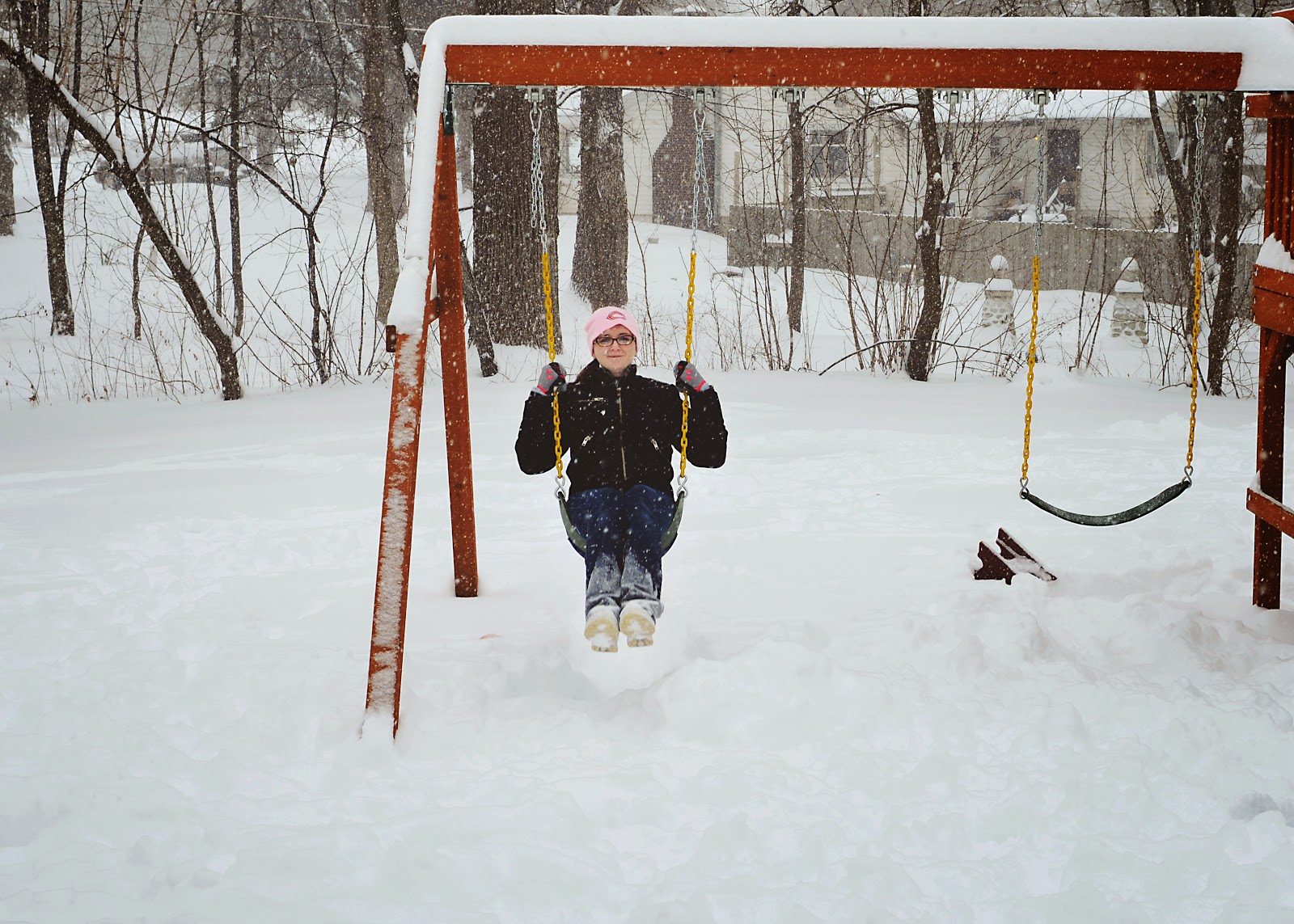 You can tell everyone had a good time by the snowy carnage on the deck.  The shoes.  The jeans.  The snow pants.  The fun. 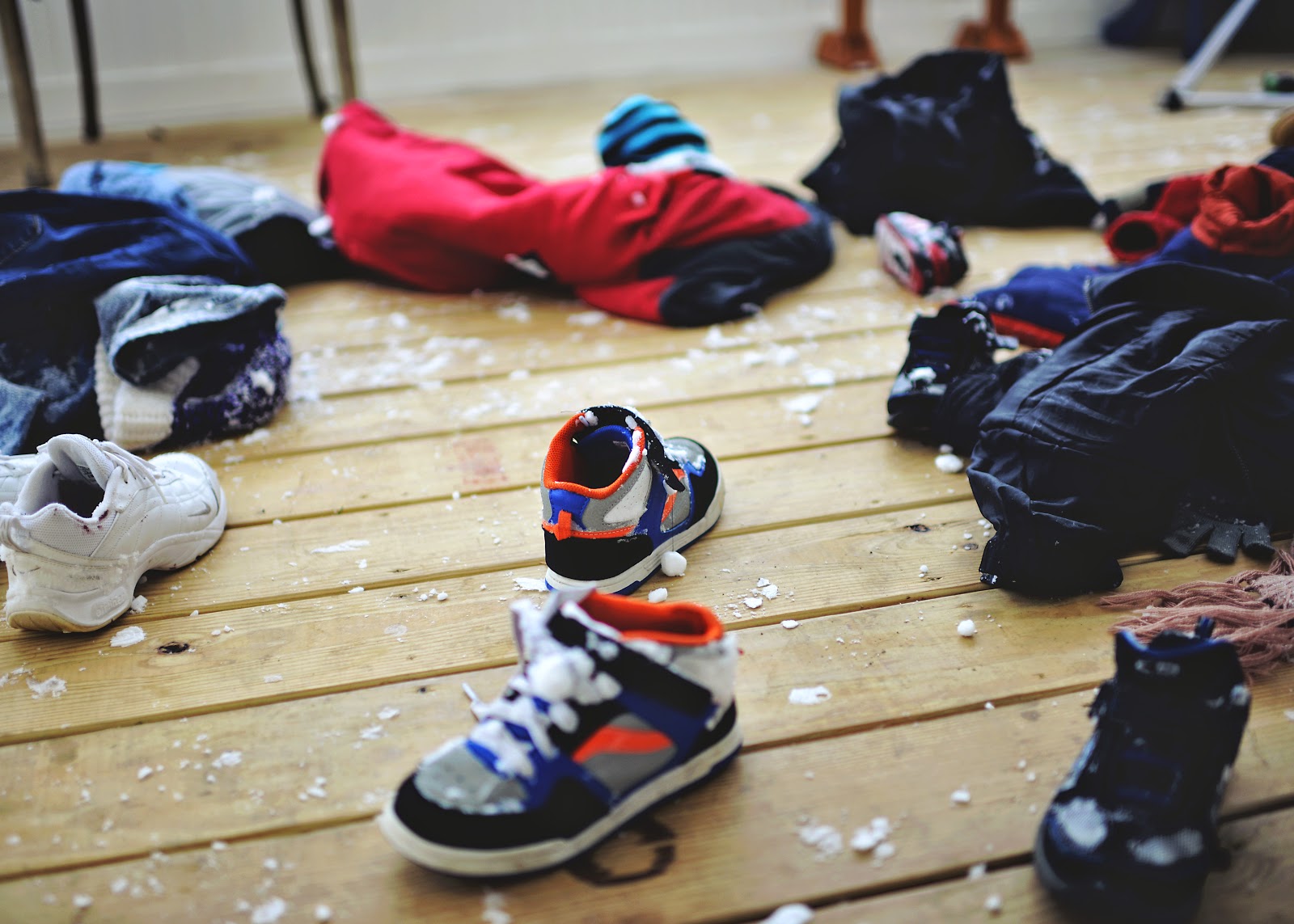 Happy Snowy Sunday everyone!
Posted by Cathy at 11:13 PM

Best Casinos in the UK for 2021 - Mapyro
Find out everything you need to know about the top casinos in 영천 출장마사지 the 나주 출장마사지 UK including: The list 양산 출장안마 of the best casinos in 정읍 출장샵 the UK for 공주 출장마사지 2021.