'Q-Raptor' is what his brothers call Quentin.  He's a loud, rambunctious, charismatic force to be reckoned with.  All in the most positive ways possible, of course!

A little over a year ago he was barely talking.  He couldn't control or understand much of his emotions.  He was easily frustrated.  I was frustrated and wanted to fight putting him in school so soon after getting his hearing aids.  I thought he just needed more time at home with his family... learning and experiencing.  What I've learned is that it takes a village sometimes and between home and school, Quentin is a completely different kid than he was on his third birthday. 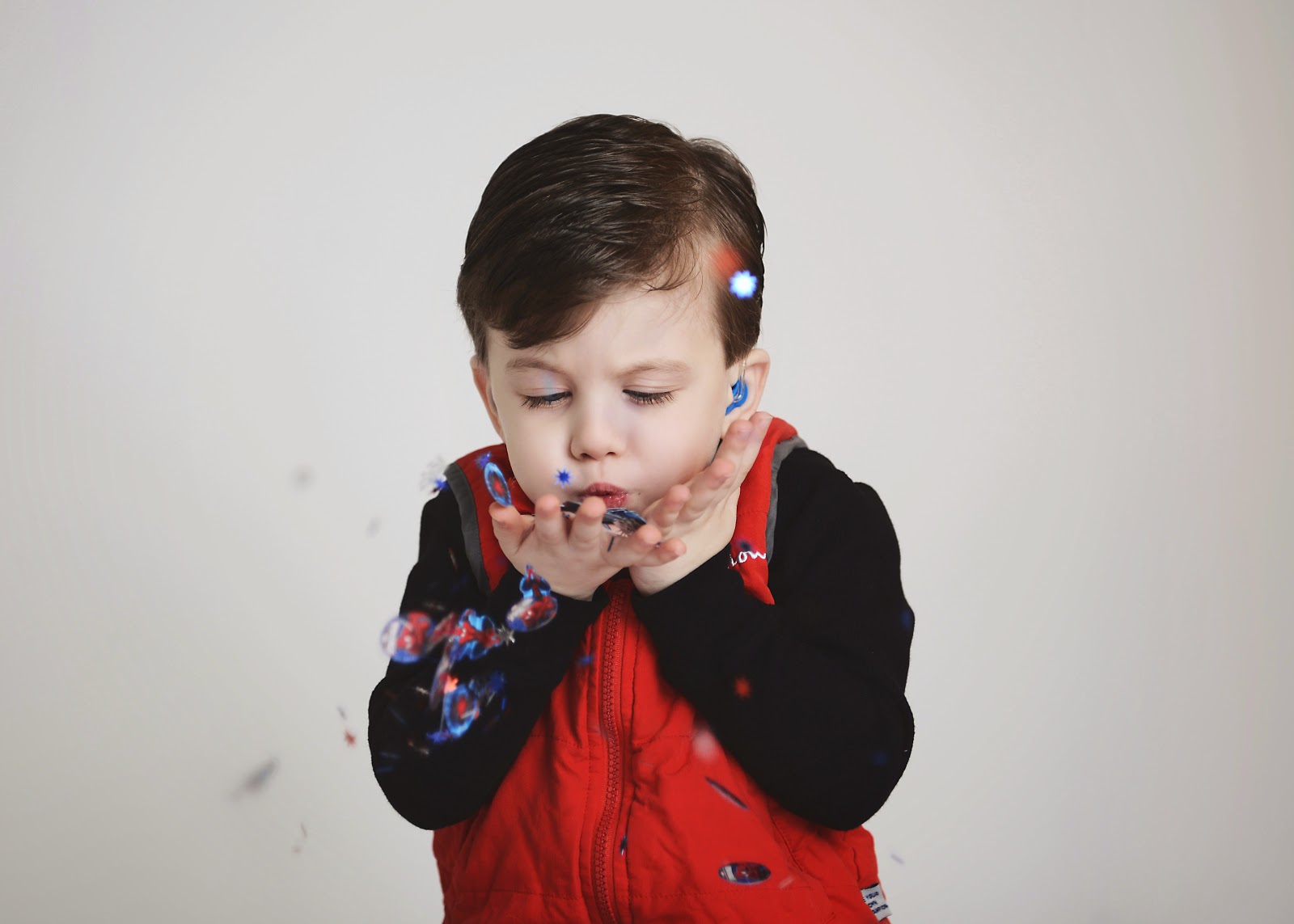 He is communicating so well now.  It's not all easily understood but he tries very hard and he is far less frustrated about how to tell us things.  He can tell me he's ready for his Cheerios in the morning.  He can tell me that he wants to watch Paw Patrol on TV.  He yells at his brothers to get off of his bed.  He can walk up to me, arms crossed and ask, "what do you think you are doing?".  He even tells me when his hearing aid batteries have died.  That's really just the very tip of the iceberg.  His speech progress makes me so proud!  On top of it, he's learning many signs to go along with it all.  It always amazes me when he shows me a new sign.  He's teaching me new things all of the time! 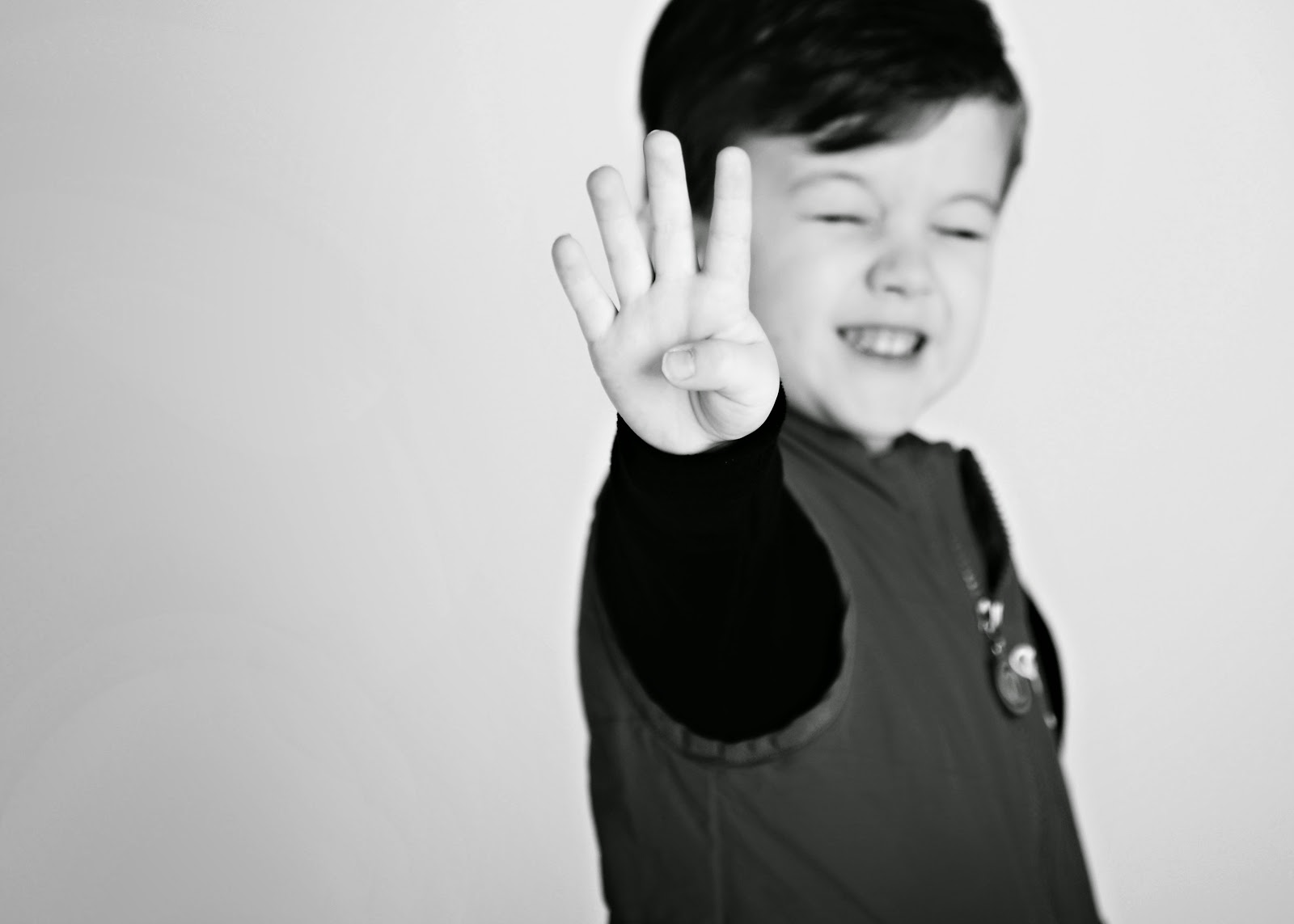 Today is his fourth birthday.  Four years we've been blessed to have this little man in our lives.  Four years he's kept us on our toes.  Four years he's shared that infectious laugh and smile with us.  I can't even imagine what he's going to be like another year from now on his fifth birthday!  I know he'll continue to amaze and shock me all the same!  Just as long as he does it with that smile!

It was a pretty busy day today.  I did an early grocery run to make sure I had the ingredients to make Quentin's birthday cookies.  I also wanted to get some Easter egg dyes.  (Of course I decided to just get all of my grocery shopping done for the next week too since I don't really want to be caught dead near a Walmart for the rest of the weekend!)  Once I got back I started baking.  Quentin came to check in on me a lot.  He told me the cookie dough batter was gross, but then I showed him the cookies baking in the oven and he got more excited.  I even put his M's in there for him! 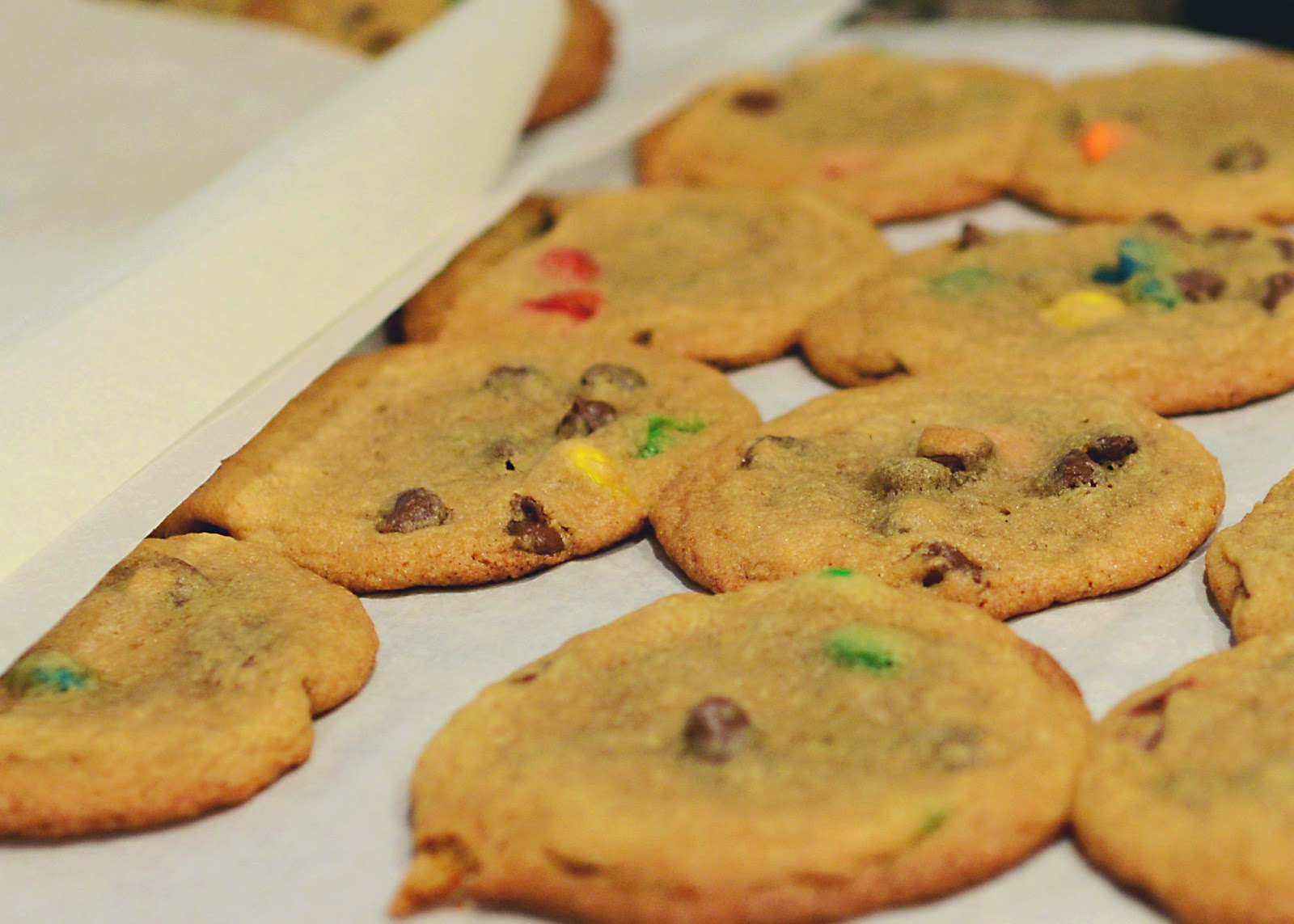 After that, we colored Easter eggs.  Quentin had fun picking all of his colors and painting on all of his eggs.  We did have an egg mishap... he dropped one on the floor. That's the beauty of hard boiled eggs though, I just picked it up, peeled it and ate it!  I gave him a stand by egg to replace it.  Of course, then he wanted to eat one too! 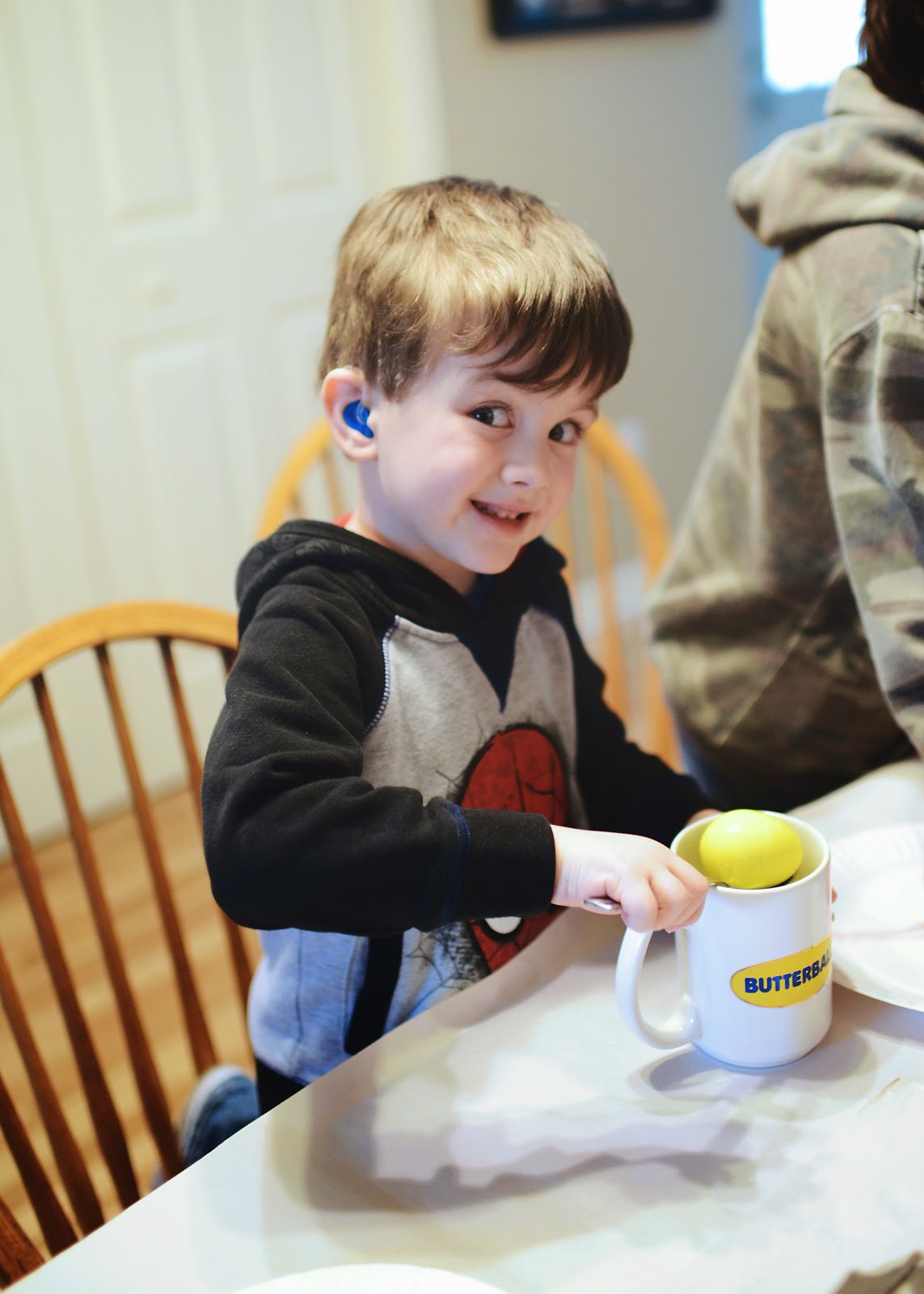 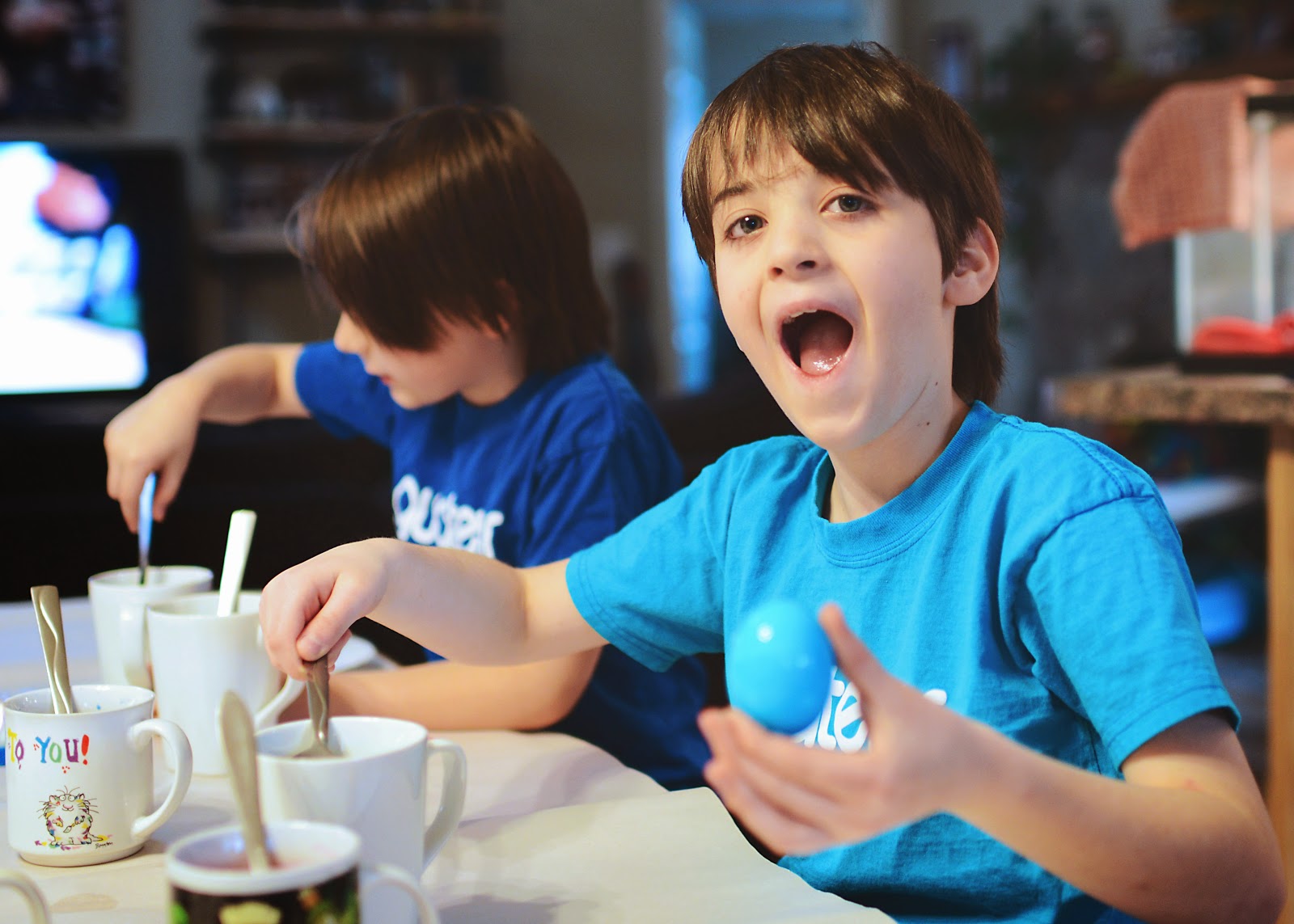 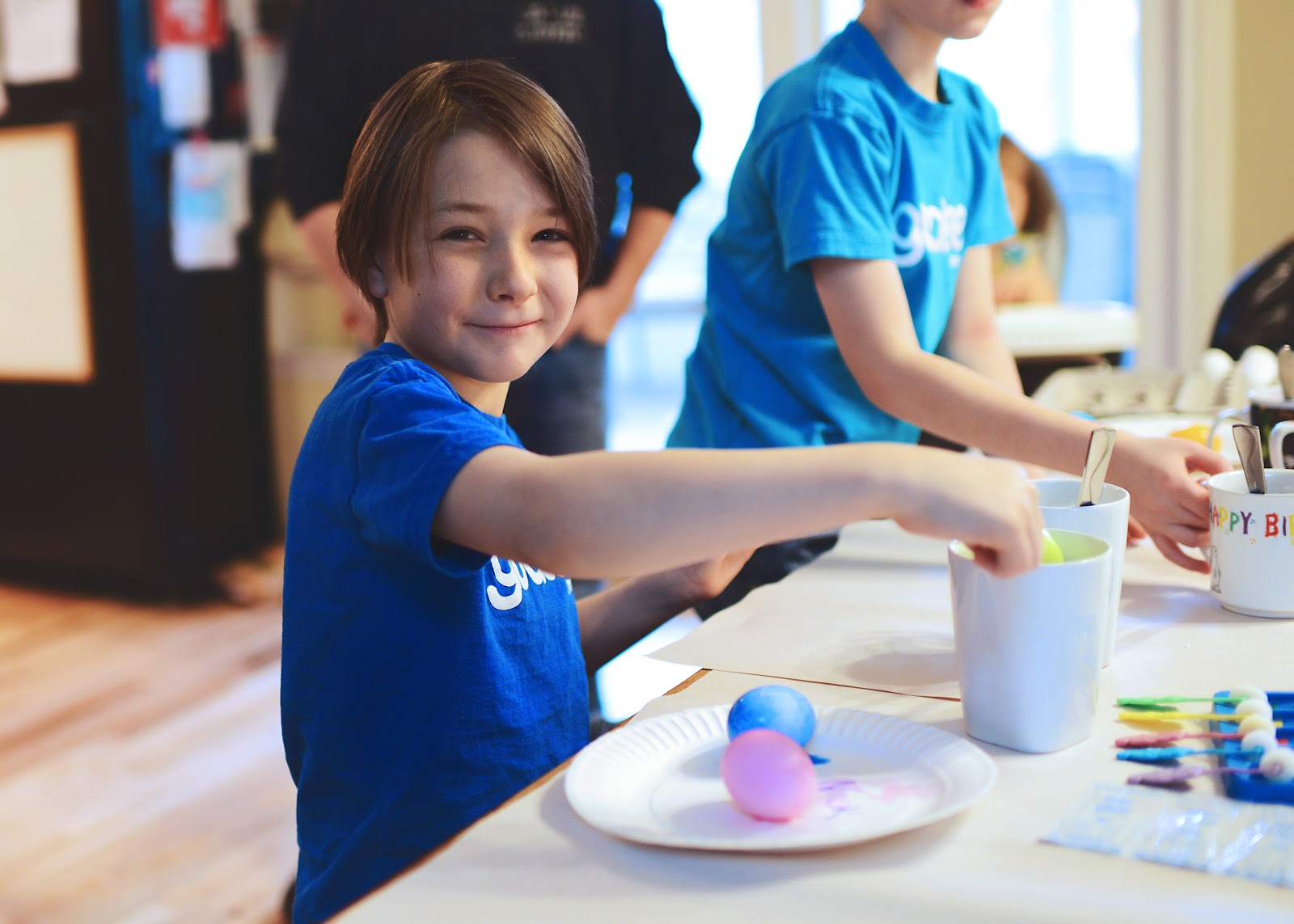 I think we got a beautiful array of colorful eggs!  The boys did awesome! 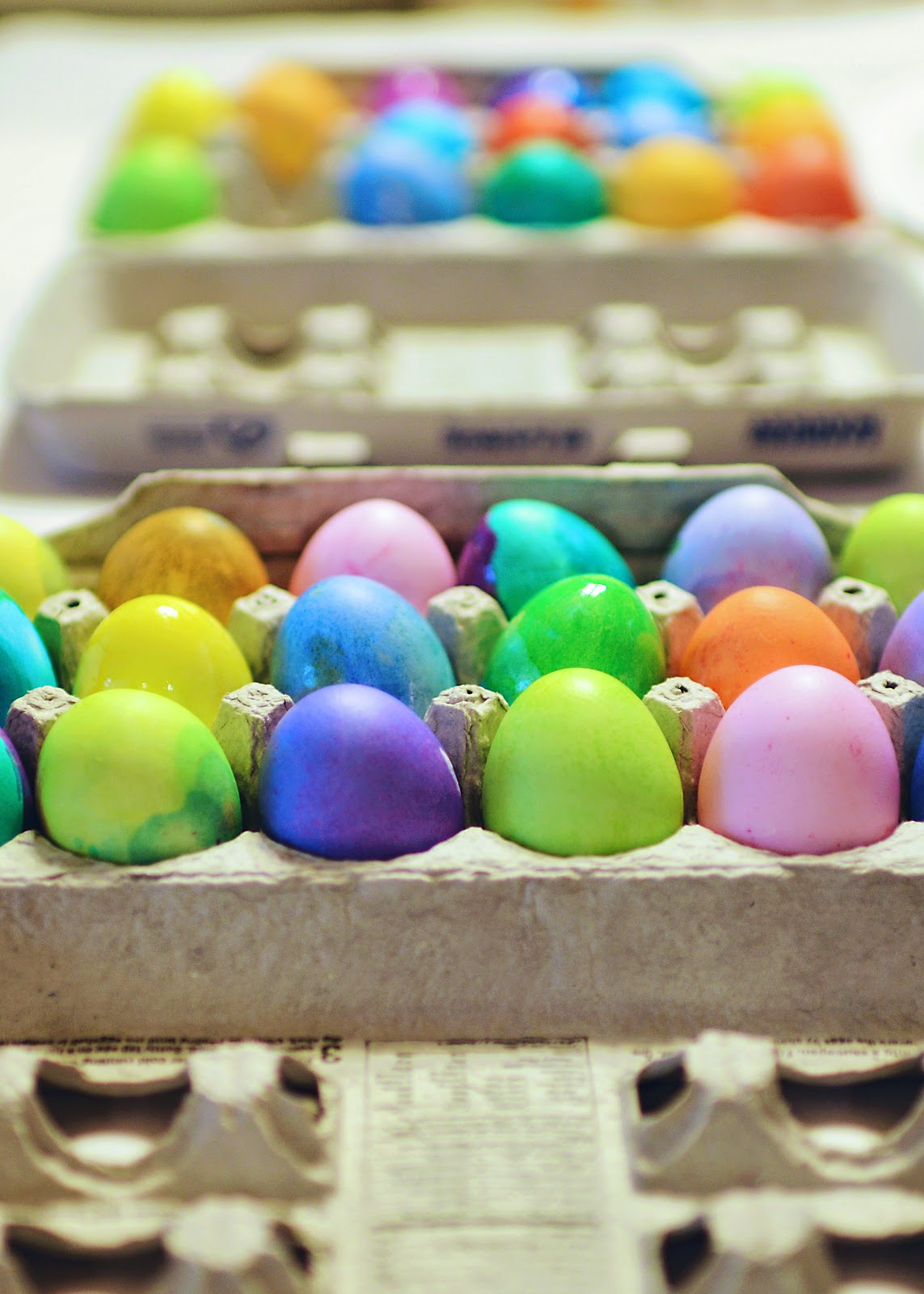 Next up was dinner.  Quentin doesn't quite understand the "pick your birthday meal" thing we do for all of the kids, so Frank and I had to make the decision ourselves.  It really wasn't that hard though.  Quentin will eat macaroni and cheese until the cows come home.  And apple sauce.  And then more macaroni and cheese... and more apple sauce.  You get the idea.  So that's what we prepared him this evening.  Macaroni & Cheese by the wonderful Kraft and some apple sauce.  I was surprised that he also chose to have some salad with ranch dressing too.  He isn't usually a big lettuce kid.  I guess he gained some wisdom with this birthday... he's going to eat those greens!

We took a short break after dinner to set up Quentin's present treasure hunt.  I swear, this has made birthdays so fun!  We get to hide their presents and they go on the mad search to find each one!  We didn't make Quentin's too hard but his excitement for this was off the charts.  Every time he found one he'd shout out, "I found it!!".  He got some really cool stuff too!  During Christmas he received some Paw Patrol figures with their cars (Chase, Rubble, Marshall & Ryder).  Today he got Skye, Zuma and Rocky as well as the Lookout Tower!  He also got a REALLY awesome Lego Pirate Ship, his first Bionicle and two books, "This is Not My Hat" and "I Want My Hat Back". 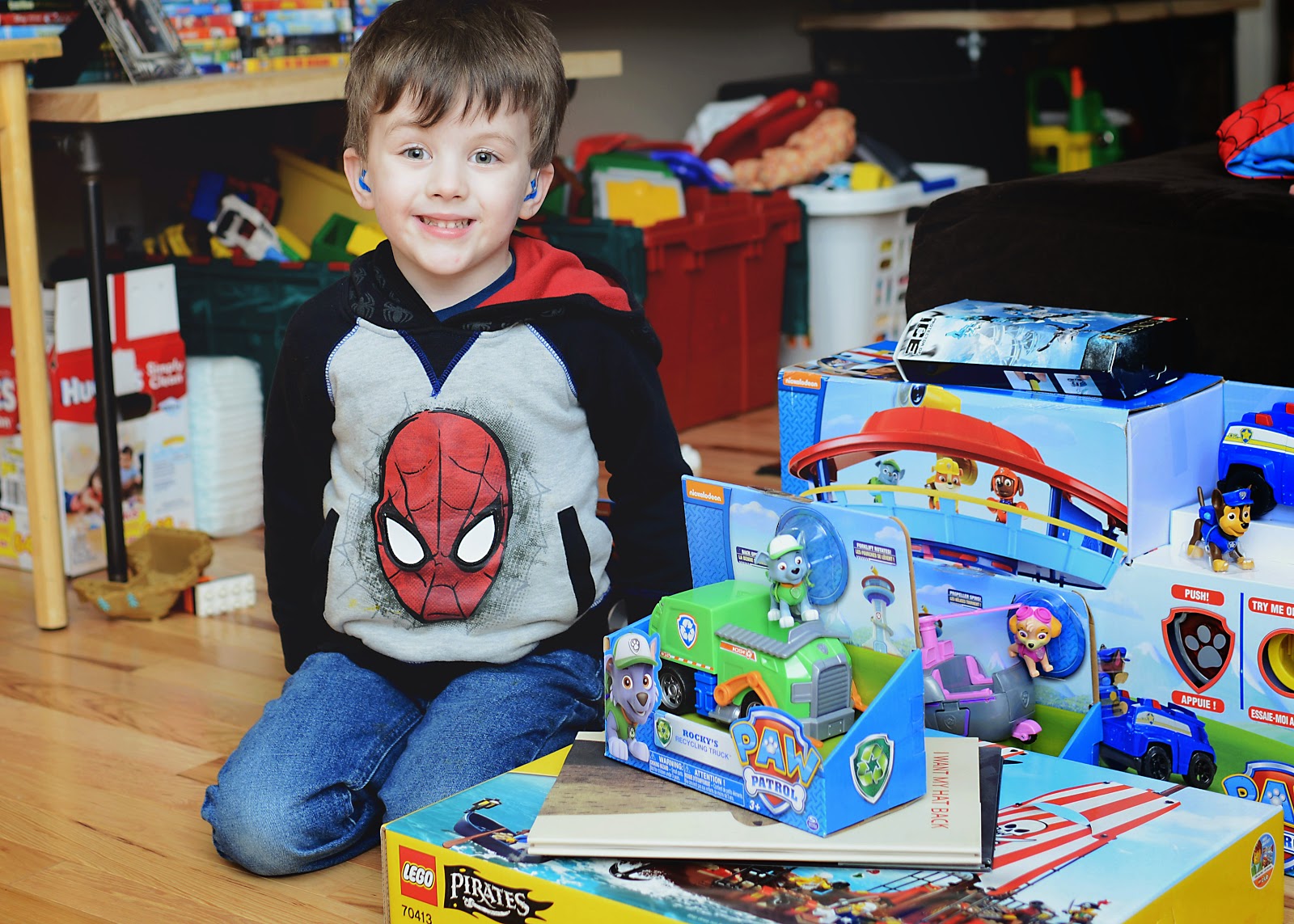 He had some time to play and my Lord, he wouldn't let anyone touch any of his new toys! The Lookout Tower was OFF LIMITS!!  Who can blame him though?  That's some cool stuff! 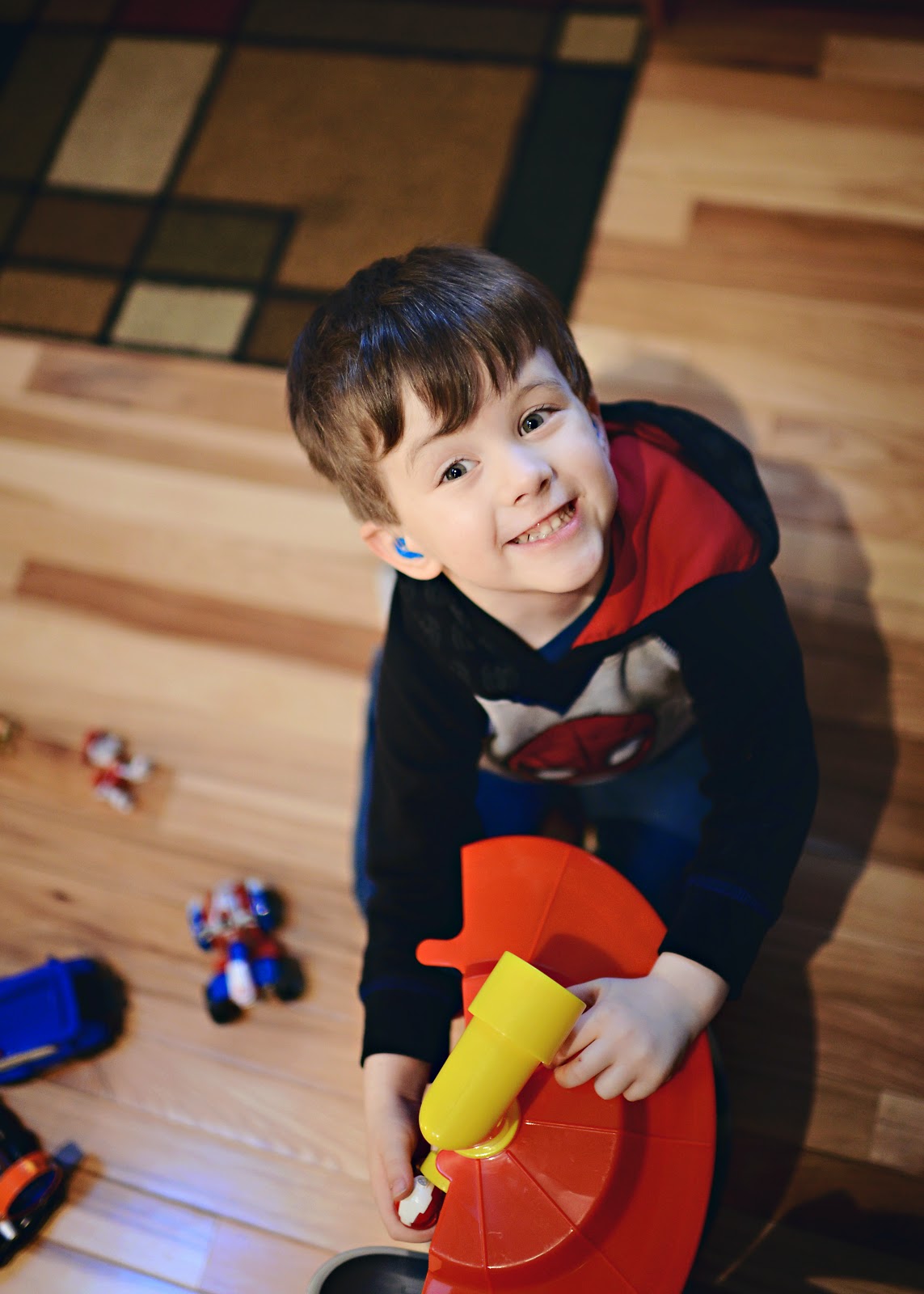 It took a lot of convincing, but we were finally able to tear him away long enough to do his birthday dessert.  The chocolate chip M&M cookies I made him and vanilla ice cream were on the menu. 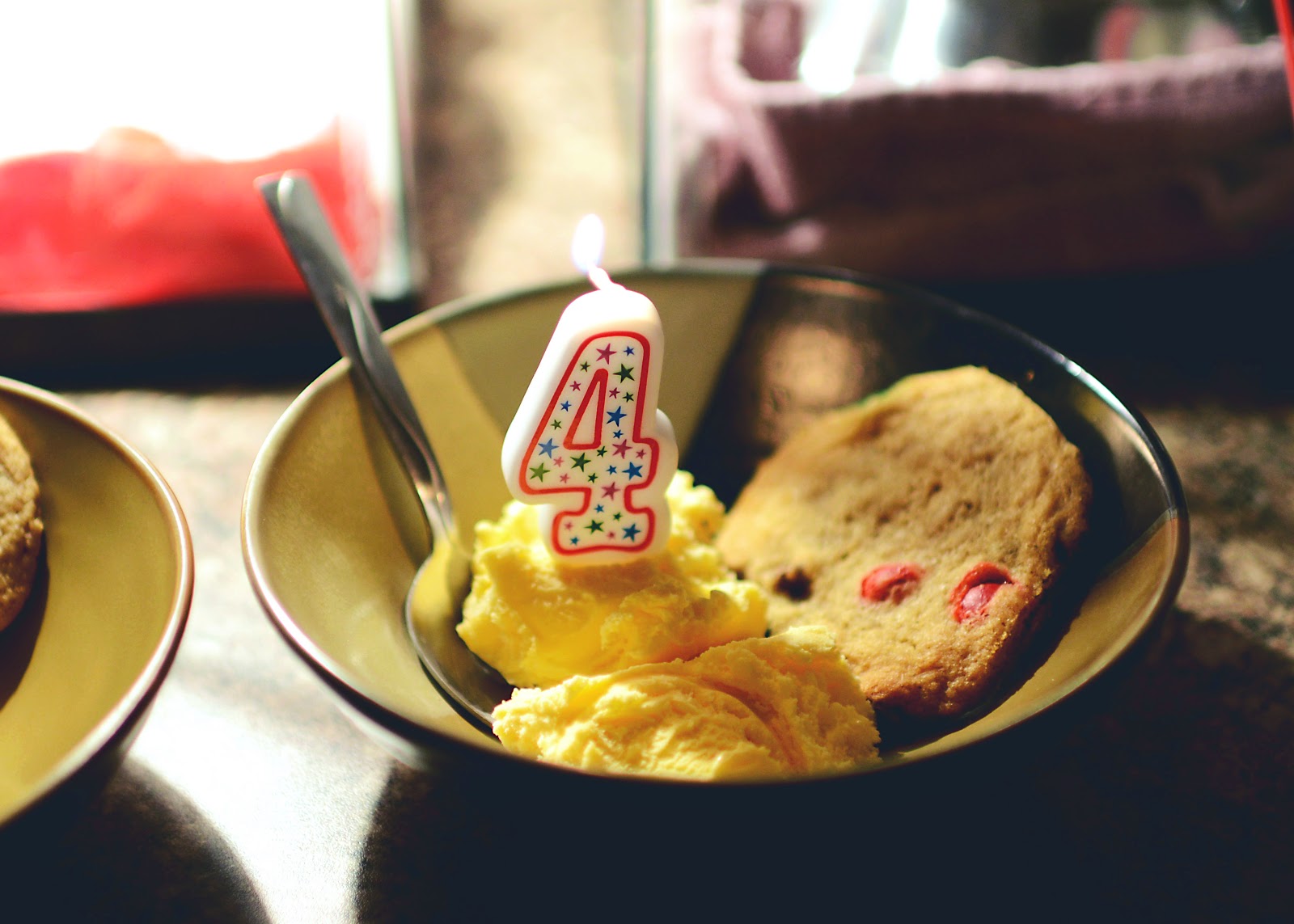 Frank lit the candle and we all started to sing.  Quentin sang too.  For himself.  When Frank put the bowl in front of him, he blew the candle out before we were even done singing!  Then he clapped for himself!  I just love his joy and spirit.  He gets so excited and so into everything he does!  I'm just glad I was able to snap a photo fast enough! It's the only one I got! 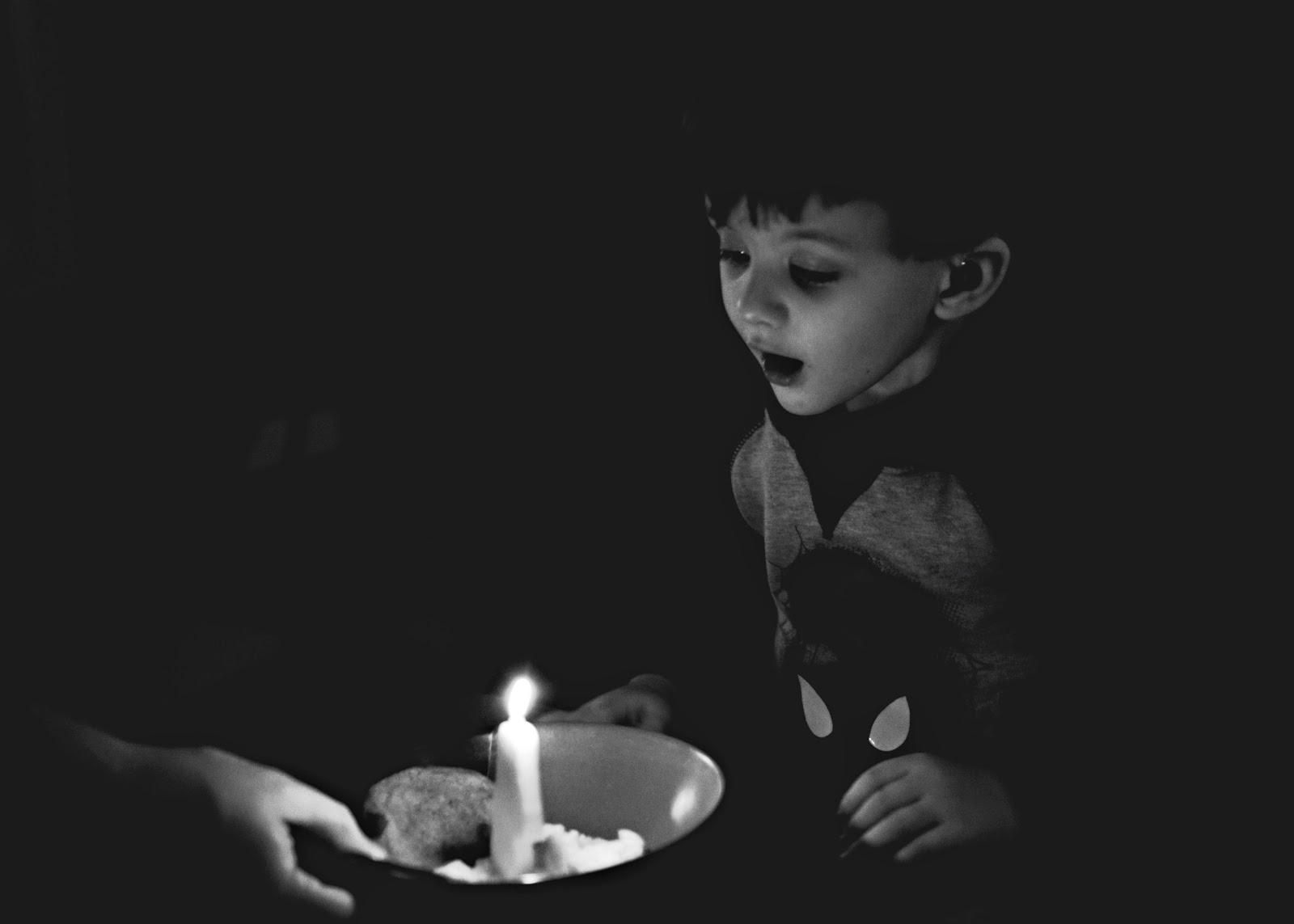 Quentin ate all of his ice cream but decided he didn't want his cookie.  Insert sad Mommy moment here... haha.  It's okay!  I'm just glad he enjoyed his day!  He topped it off with Lego building with Daddy.  He was so excited and every time I walked into the room to check their progress, Quentin was hugging Daddy or patting his head.

Once the pirate ship was finished I asked Quentin to smile for a photo.  Instead, he gave me his best pirate face! 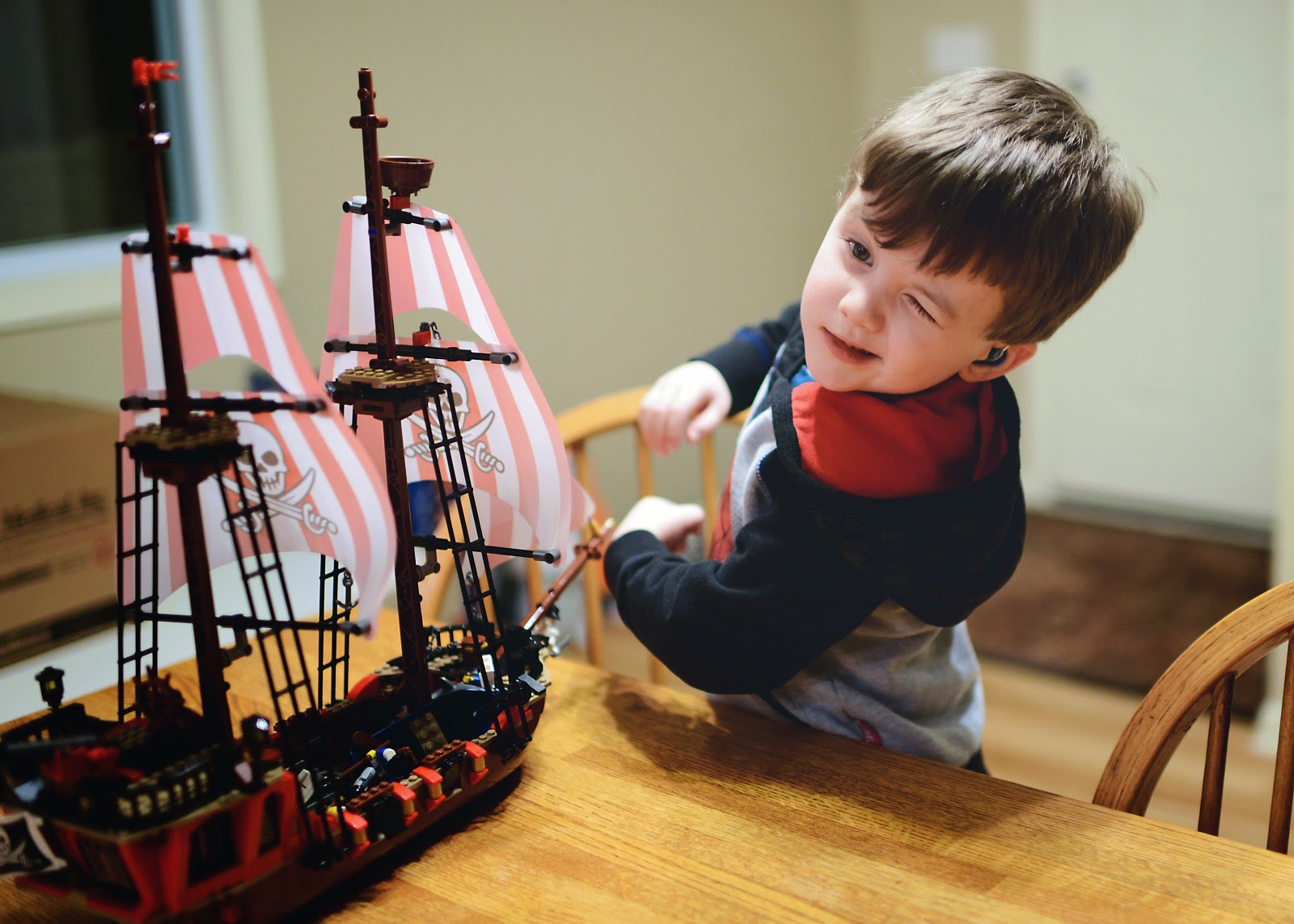 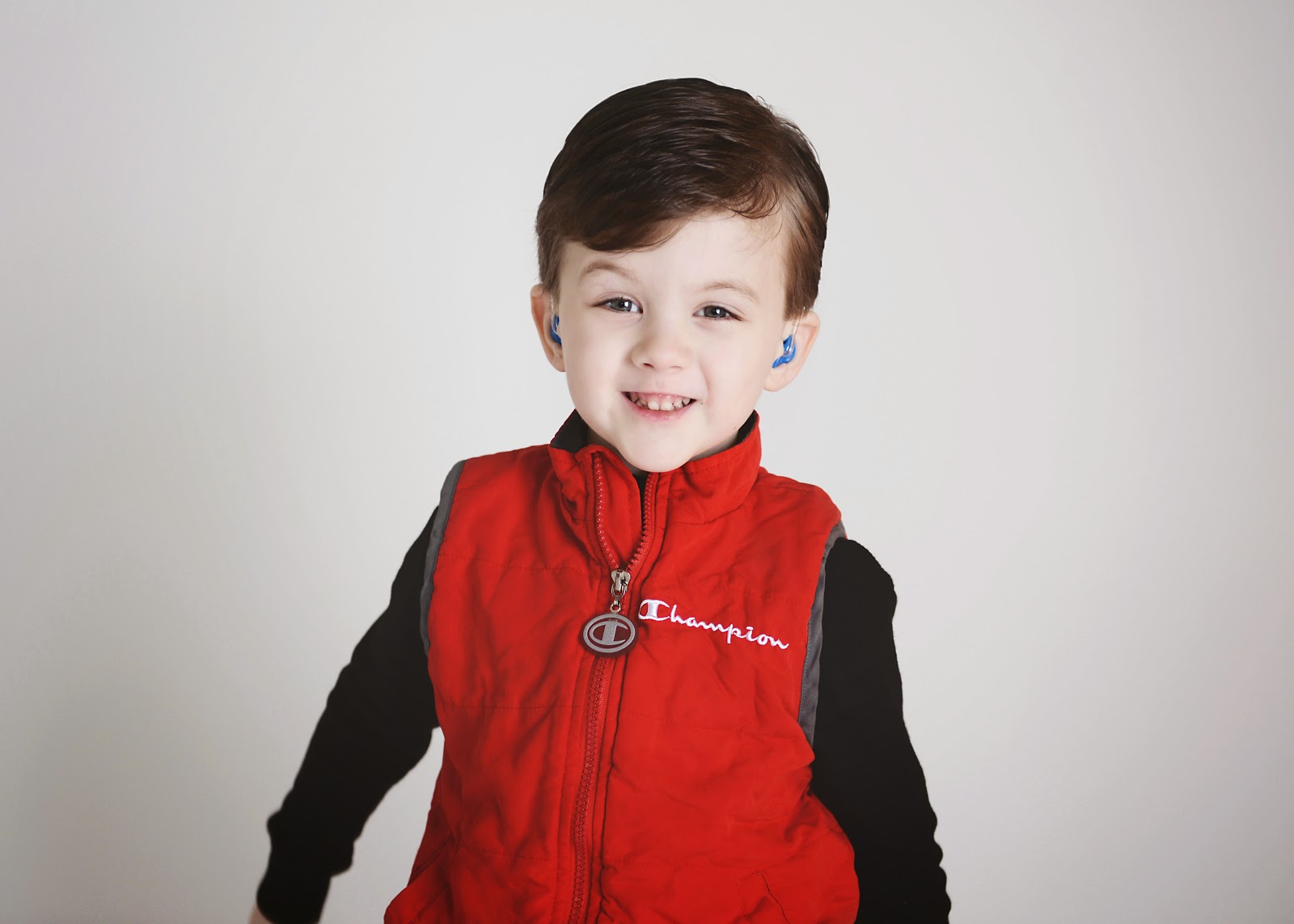 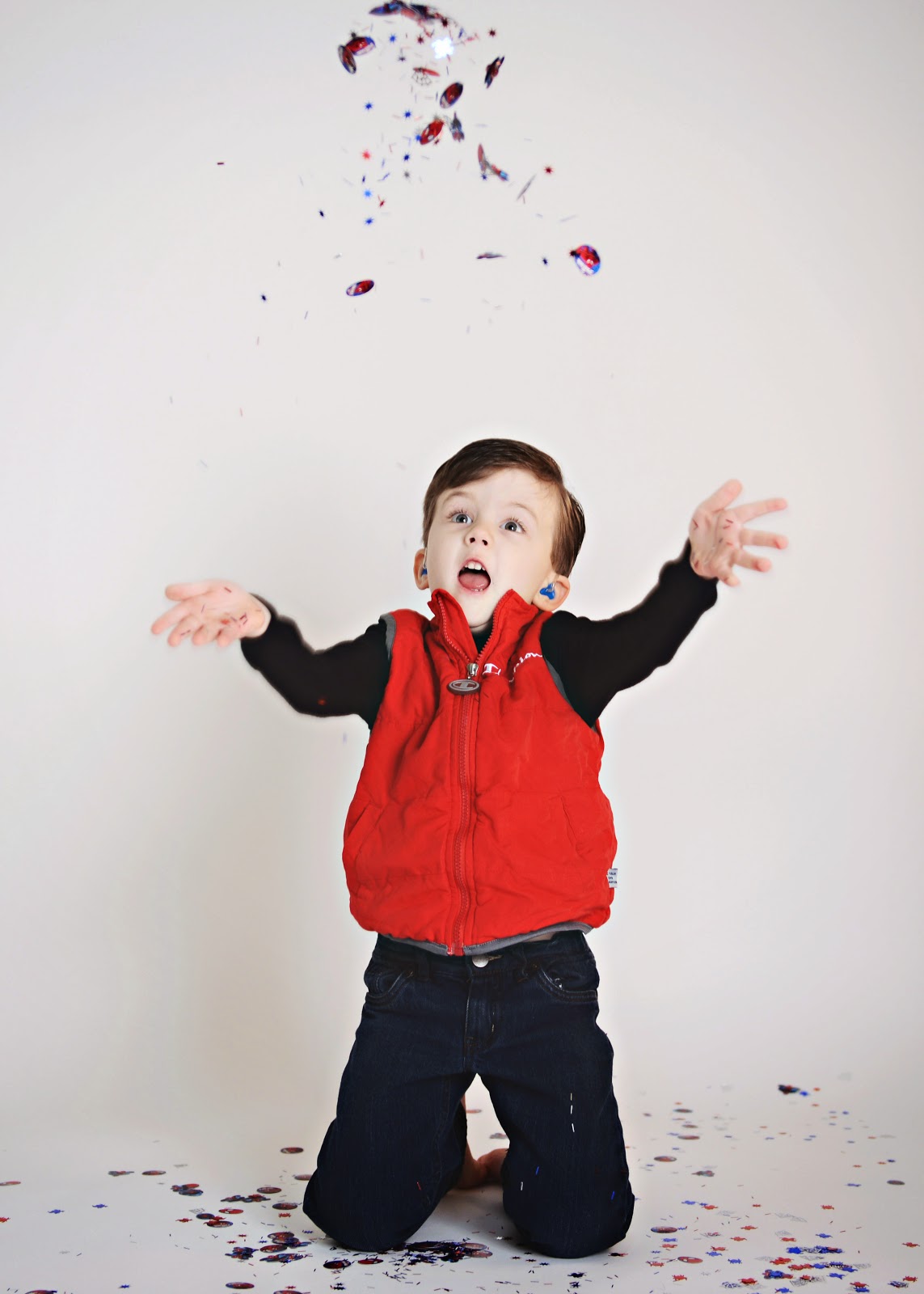 🎉Happy 4th Birthday Quentin!!! 🎉 What a big boy! So happy that you had such a wonderful day with your amazing family! 💗