Home made pizza is one of my FAVORITE things to make.  Even though our new family food plan is trying to eliminate carbs, I am still a sucker for a great pizza... and so is my family!  I have spent years working on my pizza dough and my sauce, trying to get it just right.  I'm pretty happy with the state of my recipe right now.  So much so that I've even tossed around the idea of having my own pizza shop.  There's no way on God's green Earth that I could afford to do it now, but it's always on my radar.

Pizza Friday was on the menu this week and I had pre-made quite a bit of dough on the 4th of July.  I had enough for 2 larger pizzas and 2 medium sized ones.  That is typically a lot for one meal but we like to make a variety of pizzas so I wasn't worried about it.  Last night though I had a brain child.  I thought, "I wonder what would happen if I tried to cook pizza dough on the waffle iron."  My husband and I tried to think about the logistics of making that happen and what we might call it.  A 'paffle'?  A 'wizza'?  A 'wafizza'?

All good choices, but the name matters not just yet!  Tonight we were going to make it happen.  I made three pizzas before we gave this a try.  A pepperoni & pineapple (sorry Chef Ramsay), a cheese & sausage and a barbecue & chicken pizza.  Then it was time to fire up the waffle iron.  I melted some butter to brush over the grates (top & bottom) and then I melted a little more butter to drown the pizza dough in.  I do mean drown.  I let is soak.  The entire time the waffle iron was heating up, that dough was soaking in delicious, fantastic, so so good butter. 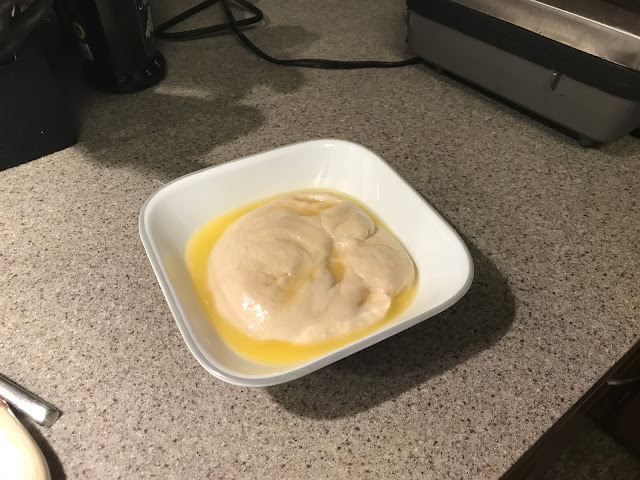 I know it looks kinda gross, but it's totally not.

Once we heard the ding of the waffle maker we put the dough on and crossed our fingers, no clue how it would turn out.  I'm not exactly sure how long the dough was on the waffle maker, maybe 5 minutes or so, but we observed the dough lifting the lid... rising up in all it's yeasty glory. 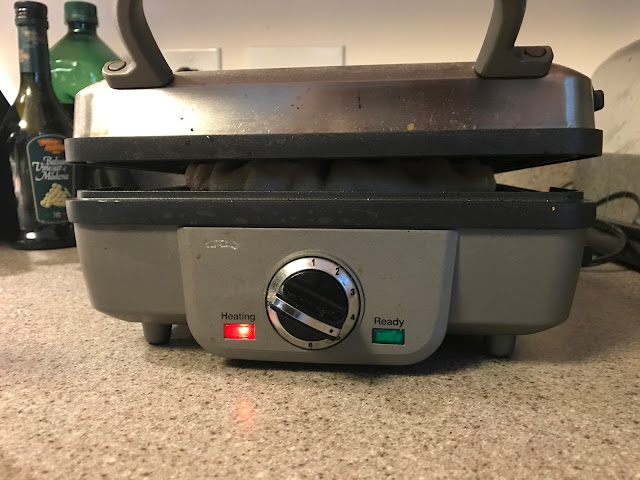 Another ding later and we were ready to take the dough off of the waffle iron and put the fixins on top. 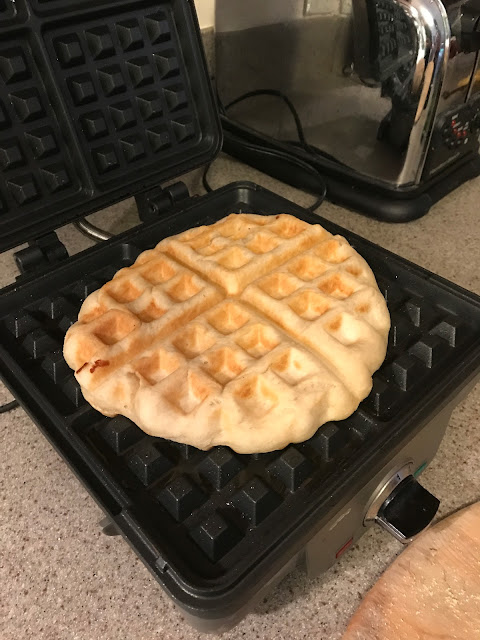 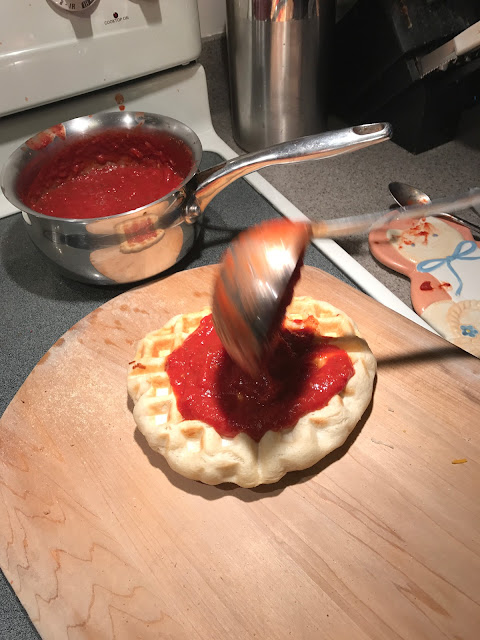 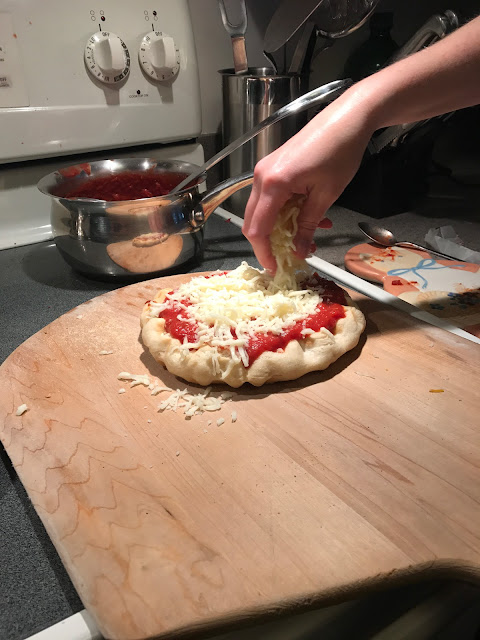 Then it was oven time!  We used a pizza stone heated in an oven at 425 degrees F. 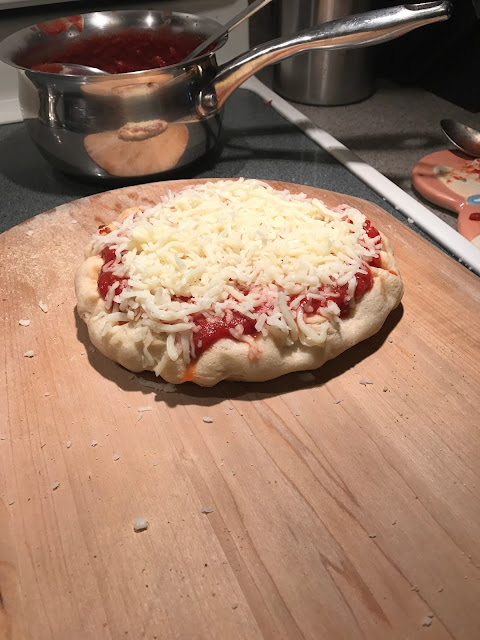 I don't ever time my pizzas.  I watch the cheese.  When the cheese is nice and browned, that pizza is ready to come out. 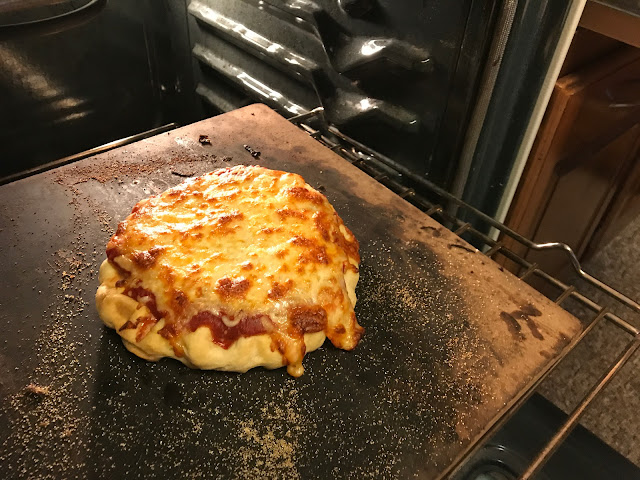 I have to say.. I did not expect the result we got with this once it came out.  It was fluffy, it was airy, it was delicious! 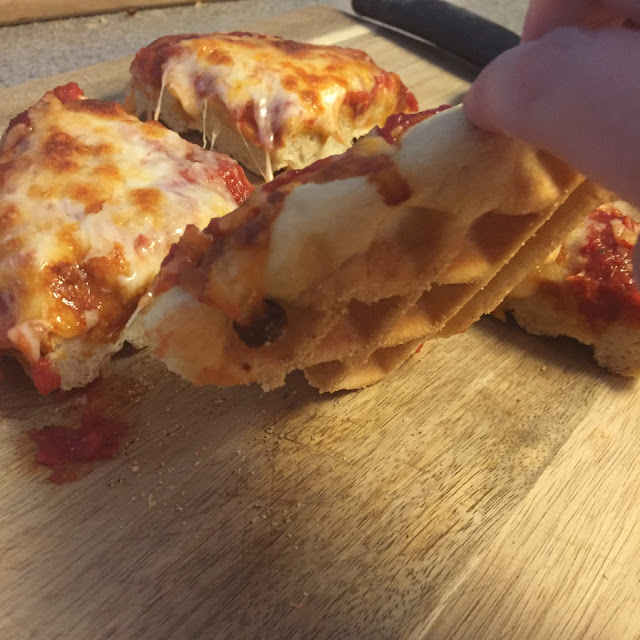 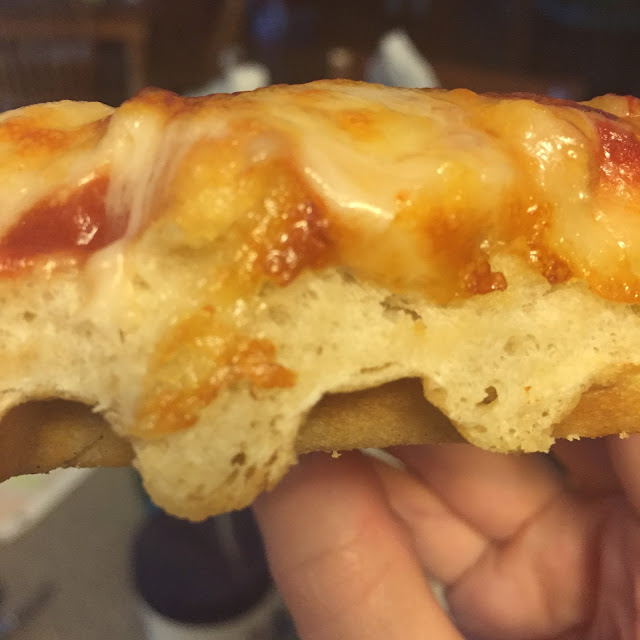 Only after being super impressed with the results of this amazing waffle iron pizza did I Google waffle iron pizza recipes and see that I was not the first to do this.  Even one of my favorite go-to's for recipes, The Pioneer Woman, had a recipe for it.  What the suck??  I was all excited that we were doing something revolutionary.  Oh well, it was still good!  However, most of the recipes I saw instructed to not take the dough off of the waffle maker after it was done but to leave it on, add the toppings and then close it again.  I guess if you really want the pizza to look more waffle like, this would be a good technique.  Messy, but good.  My initial idea was that I would take the dough off and then cook it with the toppings in the oven.  I fully support my initial idea and would highly recommend this method over the other.  Because I'm super smart.  And talented at pizza making.  Haha.  My way is definitely less mess on your waffle iron and the result is so very friggin' yummy! 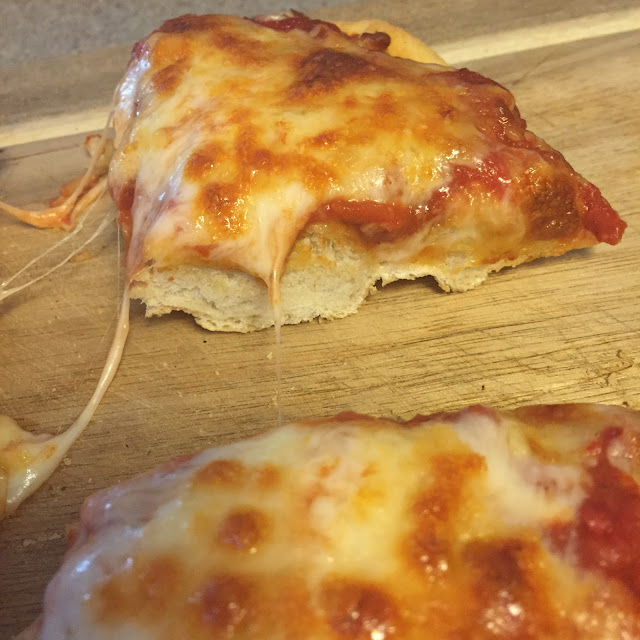 I love making pizza!!
Posted by Cathy at 9:31 PM No comments: