Our household has been down for the count with the plague, or what feels like it, for the last ten days or so.  Quentin and Mallory have each missed a week of school as well as missing school yesterday.  I was sick from the same thing too.  I think it was likely because Mallory likes to pretend to be a cat and she licked me smack on the lips.  That, in addition to accepting many coughs and sneezes into my personal space, did me in.  Even though I'm finally just about over it, I have to say it was brutal.  I think Quentin, Mallory and I are probably immune to just about everything after this rollercoaster of a bug.  This bug is smart ass too.  A real jokester.  The second you think you're fever free and all better... BOOM... fever city.

Today was the day though.  The day they were all going to go back to school.  I went to bed on the early side (for me) so I could be up and ready to get kids out of bed, to help with lunches, make sure clothes were changed and to get them off to school.  The day had different ideas. 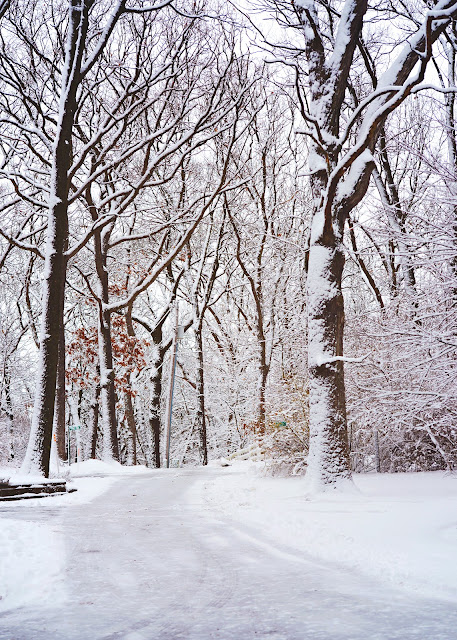 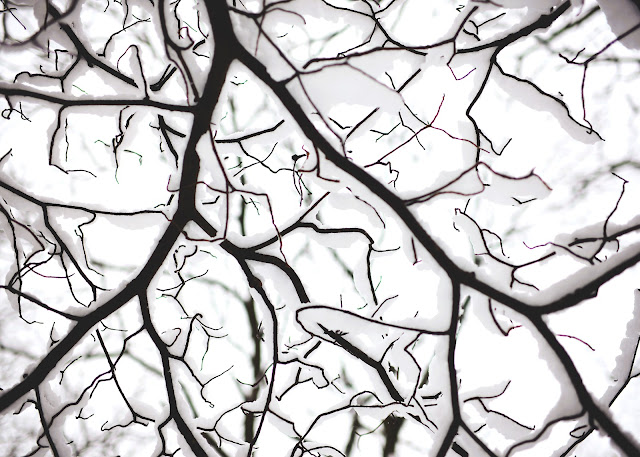 Somewhere between 5 and 5:30am my phone started blowing up.  No joke.  Text messages, voicemails, emails... all from the high school saying that school was canceled.  Then I could hear the plow truck on my street.  I knew it was supposed to snow, but school cancelation snow?  It actually didn't snow all that much (in my opinion) but with the rain all day yesterday and the temperature drop plus the snowfall it was sure to make for some slick driving conditions.  I'd rather keep my babies safe at home... and go back to bed, which I totally did.

When I got Mallory up this morning, I opened up her window shade and showed her the new snow.  She immediately said she wanted to build a snowman.  During breakfast, all she could talk about was how she had to get a big snowball and little snowballs to make a snowman.  It needed two eyes and an orange nose.  She was so excited to be able to go outside.  It came as no surprise that immediately following breakfast, Quentin and Nicholas were gearing up to go outside.  So I got Mallory ready too.

Once they were outside, I suited up and grabbed my camera so I could get some photos of them playing in the snow.  It's been a while since I've done that and part of my goal for 2018 is to take more photos of my own family.  I spend time photographing other families and children and tend not to take the time to capture our own family memories.  So, out I went!

There was sled fun... 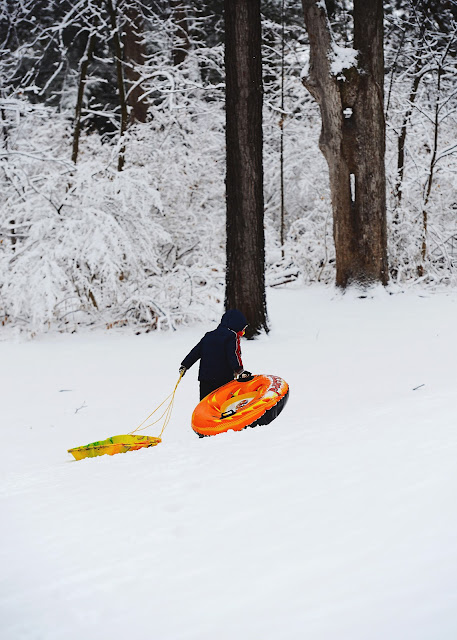 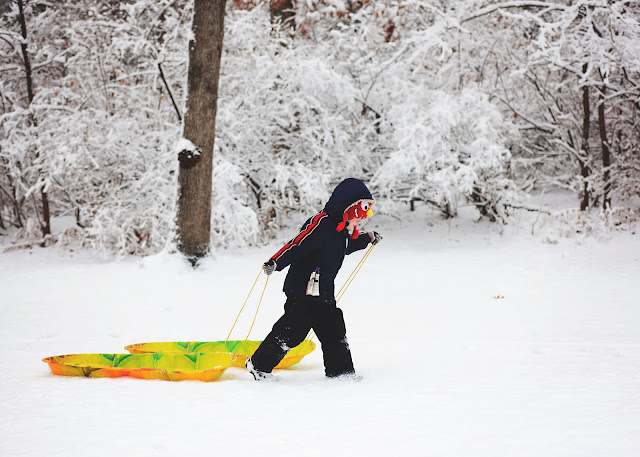 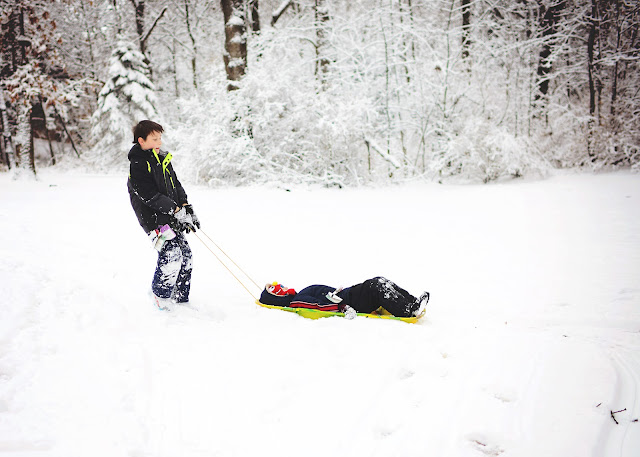 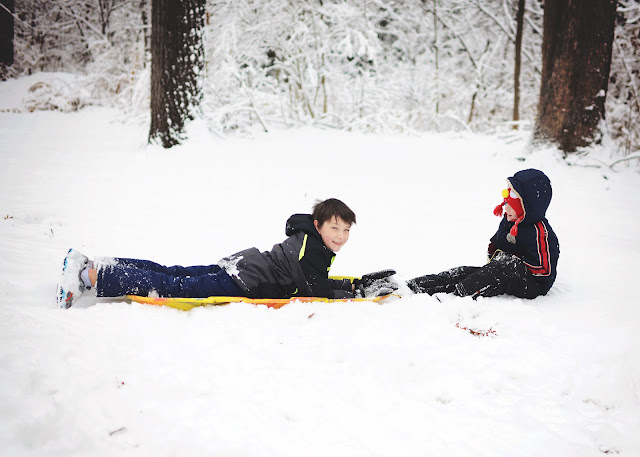 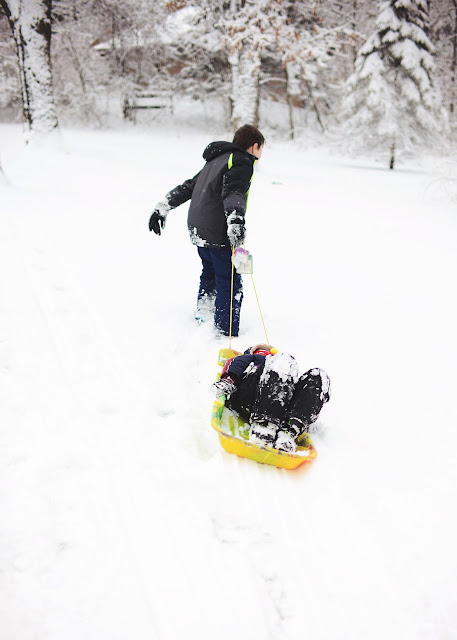 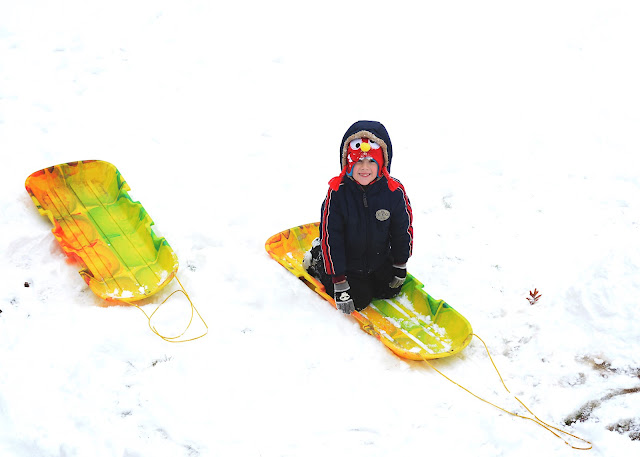 Nicholas tried to help Mallory build a snowman, but they weren't able to get the snow to cooperate.  So there was a lot of scooping of snow to put in a big pile. 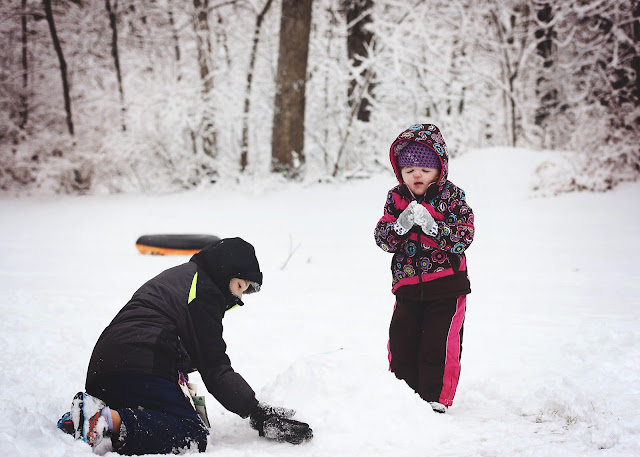 Andrew came out to play too! 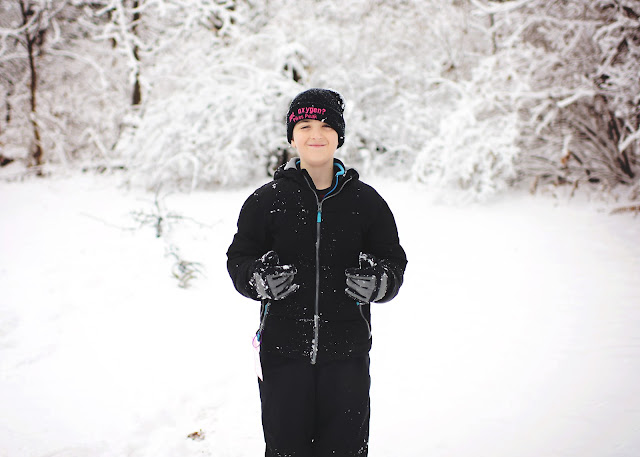 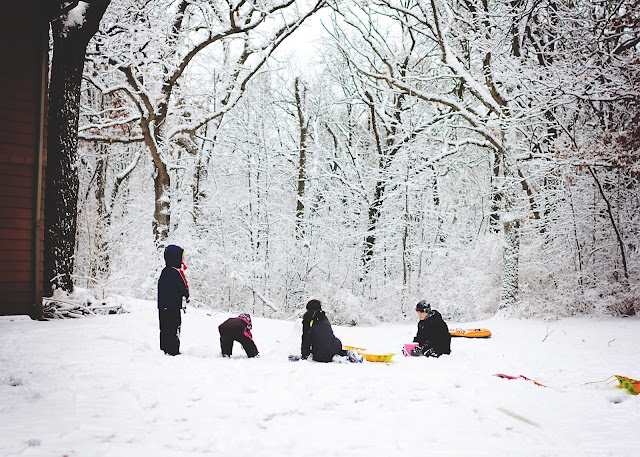 The kids had a lot of fun being outside and when you have a snow day, being out in the snow is just a given! 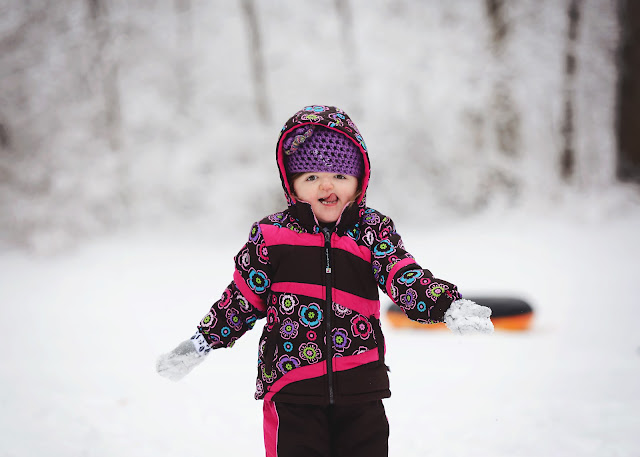 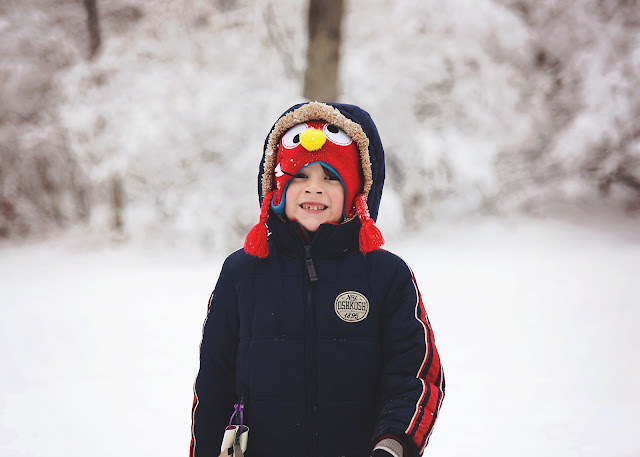 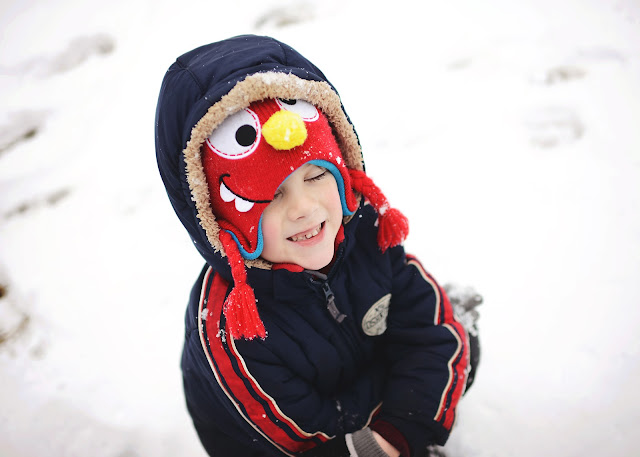 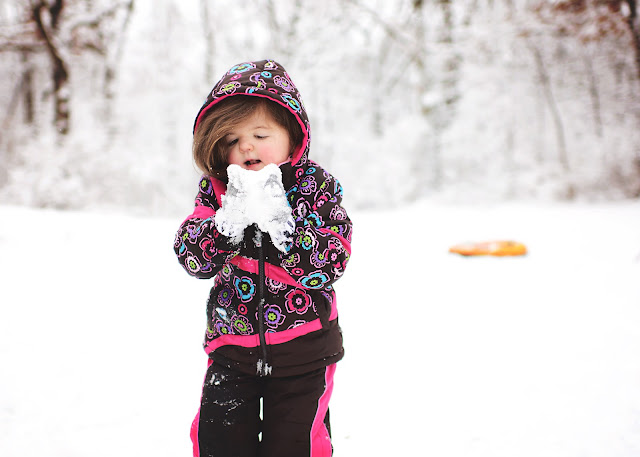 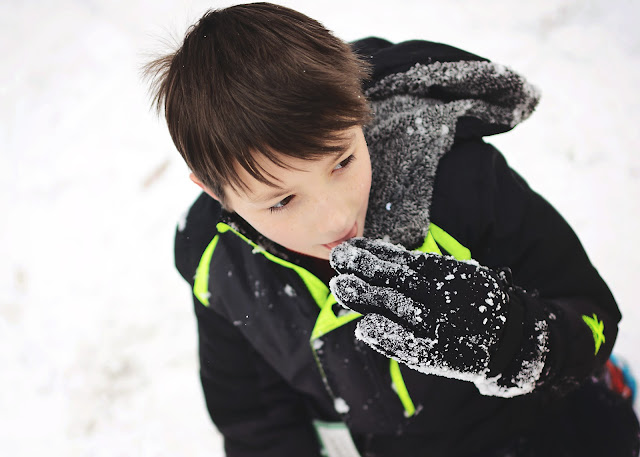 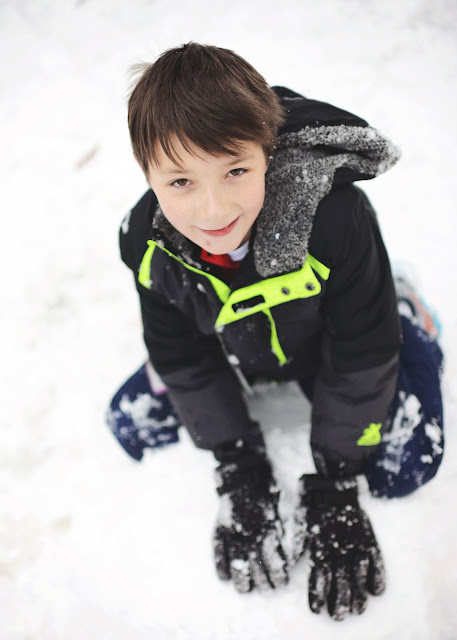 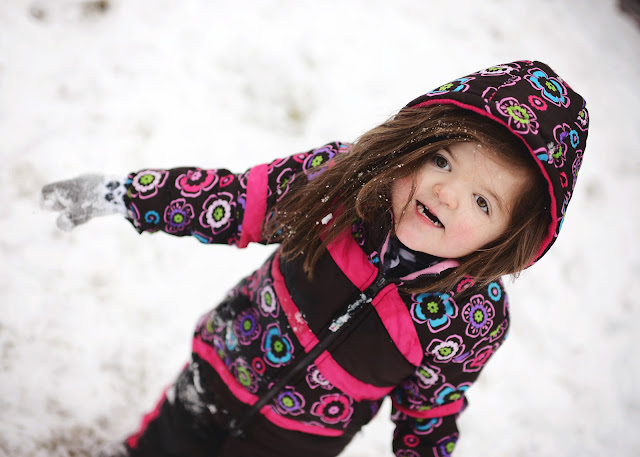 My favorite part?  Getting back inside the warm house and indulging in a nice, cozy, warm mug of hot chocolate. 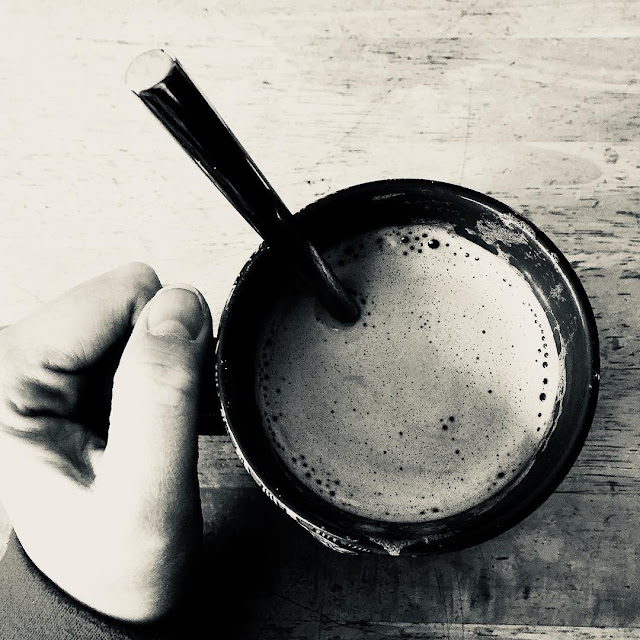 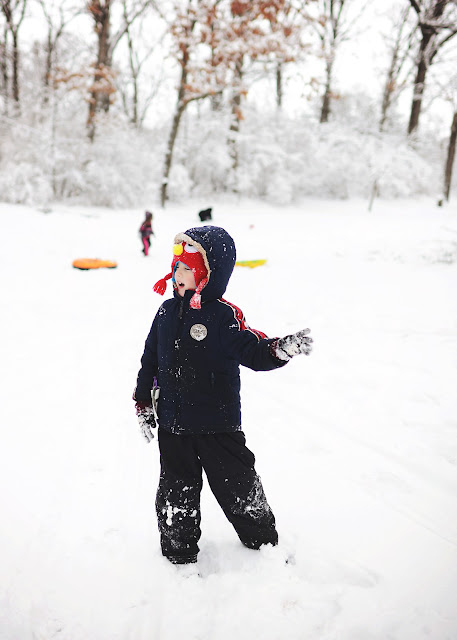 Grab this awesome hat at Be A Dolphin: 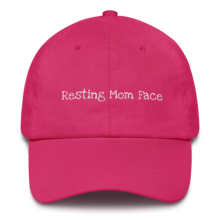