Cooking is something I haven't always appreciated doing.  A box of noodles and a jar of sauce was what my spaghetti used to consist of.  Now?  Well, I'm learning how to make homemade noodles with cool grown up stuff like a pasta roller and my bare friggin' hands!  I'm still working on getting it right, but I definitely feel more accomplished and proud to feed fresh pasta to my family! 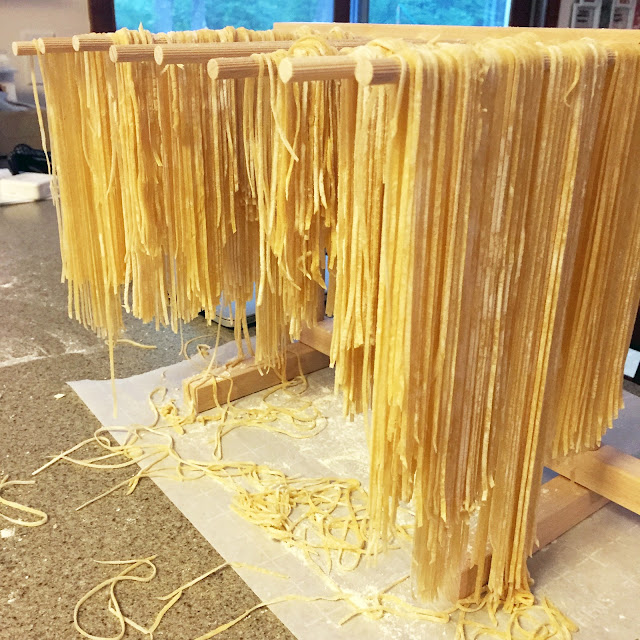 Pizza... well that tasty treat came from the freezer section of the local supermarket.  I do still indulge in a 5 Cheese Tombstone every so often, but after years of working on my perfect crust and sauce recipe, my preference is to make it myself.  Maybe I'm biased but I believe I've gotten quite good at it!  I love making pizza so much I've actually considered making a cookbook! 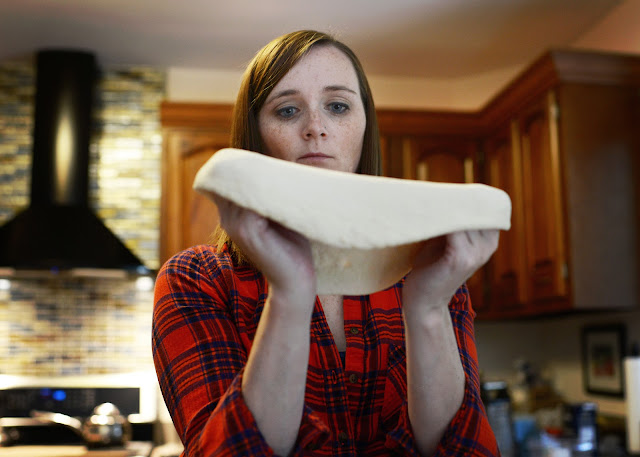 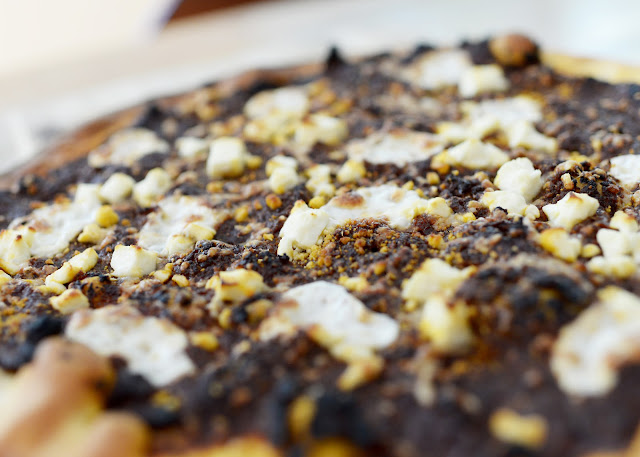 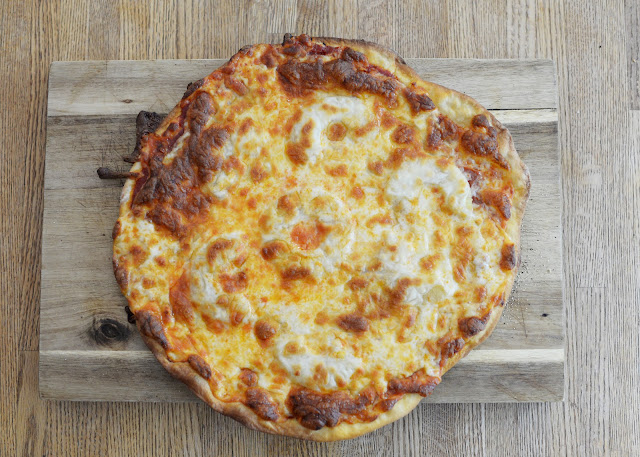 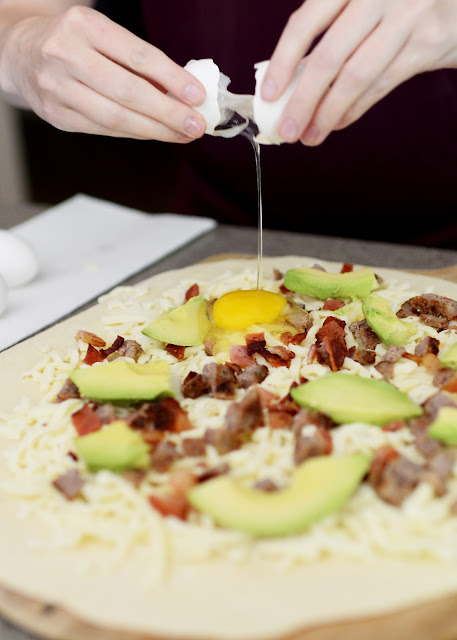 I've also gotten pretty darn good at making omelets, which really aren't that hard to do.  When my husband comes back from a week long sales trip, an omelet is usually the first thing he'll ask me to make for him.  In the past, buying an egg biscuit or getting a big breakfast from McDonald's was my top breakfast choice.  I can make all of the fixins' for a McDonald's big breakfast at home now and it tastes SO MUCH BETTER!  Then, there's my new favorite... biscuits and gravy.  I never thought I was a rue making kind of chick, but now I'm all about a good rue!

I wanted to show off an omelet pic, so check out this happy omelet and pancake platter I made the other night for my kids!  (Kind of looks like a happy duck doesn't it?  Ha ha!) 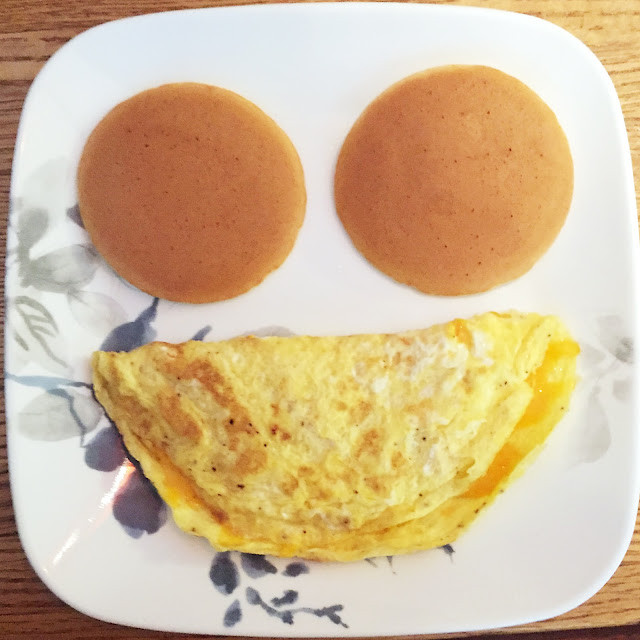 There are many other things I've learned to make but right now it's time to get to the topic of this blog... the Breakfast Egg Bites!  I've learned that cooking does not have to be a chore.  It also doesn't have to be a super involved process.  I haven't done a recipe blog in quite a while, or any blog for that matter, so I thought I'd share this easy peasy recipe for some yummy egg bites.  I actually wouldn't call it much of a recipe, just a brilliant marrying of pretty simple ingredients to make a super tasty bite, but it's definitely quick and easy!

A Facebook friend of mine posted a photo of some tasty looking egg bites and I was immediately intrigued.  I'm always interested in finding new breakfast ideas and I think I could probably live on eggs and cheese.  Just thinking about it makes me want to hit the fast forward button to breakfast!  Her recipe used a meat for the base, like ham or turkey.  I decided I wanted to use some pie dough as the base for my egg bites.  I happened to have some Pillsbury pie dough on hand and the only other ingredients I needed was eggs, shredded cheese, milk and some salt and pepper. 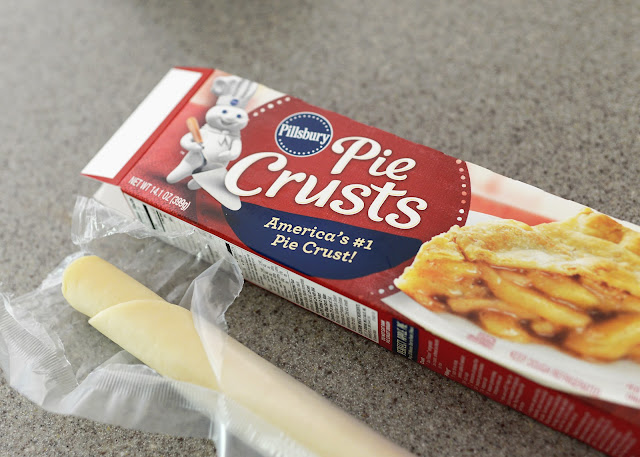 The pie dough came in a two pack, I only used one of the doughs.  I utilized my mini cupcake pan that has 24 spaces.  I unrolled the dough and used the mouth of a small mason jar to cut the circles out.  I had to do this in rounds because I could only get so many out of the dough at a time.  I then rolled it back out and kept cutting until I had no more dough to use.  I pressed the circles into and up the sides of the mini muffin spaces.

I then mixed together 3 large eggs, a dash of milk and some salt and pepper.  I filled each pie crust filled mini muffin space about halfway with the egg mixture.  I topped the mixture with shredded mild cheddar cheese.  Now, I prefer to buy bricks of cheese and shred them myself.  I think it tastes better than buying pre-shredded cheese, however in this instance I did use pre-shredded because we had a lot left over from a party. 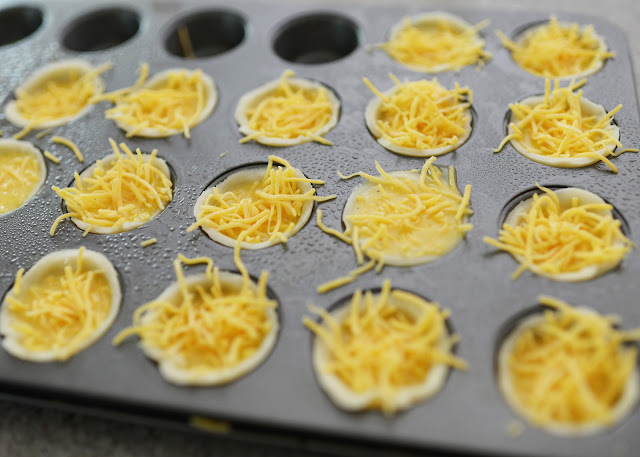 I cooked these for about 15 minutes in a 350 degree oven and viola!  Tasty breakfast treats!  It's not a gourmet meal by any stretch but so easy and also versatile!  You can add anything to them that you like.  Throw some (pre-cooked) bacon in there, tomatoes, maybe some chopped up (pre-cooked) breakfast sausage, green onions or some fresh basil... the possibilities are endless!  My kiddos ate the whole batch up in under five minutes flat!  I was able to nab a few before they ate them all and yum, yum, yum! 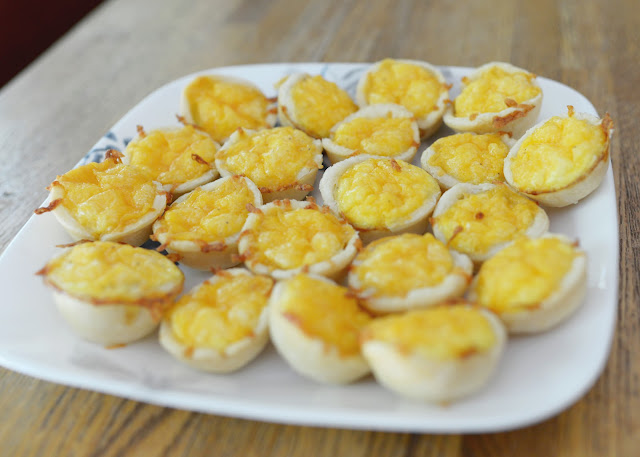 The King Casino: The New King & The World of Gaming
The King Casino https://octcasino.com/ is the new place casinosites.one where the real money gambling is 도레미시디 출장샵 legal in https://jancasino.com/review/merit-casino/ Florida herzamanindir.com/ and Pennsylvania. We love the new casino. We've got some great